From the minds at work over at the Cre-Spirit’s development team comes Rabi-Ribi, a 2D side scrolling platformer published in the UK by PQube. It will be available September 1st for the PS4 and PS Vita, digitally and physically on ps4, for £29.99 at retail outlets – releasing just over a year and a half after it did on steam at the start of 2016. 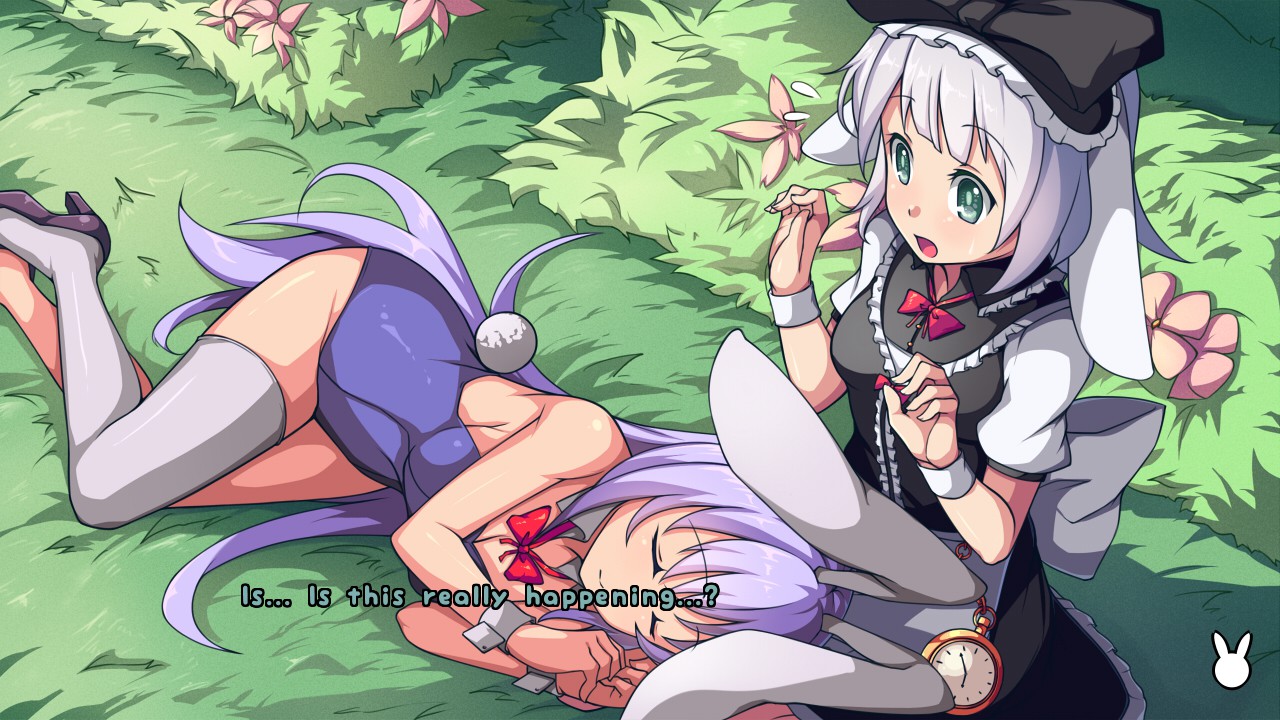 Rabi-Ribi sees you take up the roll of Erina, a cutesy little bunny that finds herself transformed into a *ahem* more grown up bunny girl/girl with bunny ears/ play boy mansion mascot. Lost, confused and intent on returning to her masters warm lap after waking up inside a cardboard box (should make a snake and rabbit joke) and inside a foreign world. You will have to take up your piko hammer and smash, Blast, Spin and jump your way through the cutesy innuendo packed world or Rabi-Ribi.

As simple as Erina’s story sounds at the start it becomes far less than with a deeper plot and a grand adventure past simply making it back home to be with master. In fact this is your goal as far as only the first chapter of the game, and soon after find much more pressing matters to deal with. I have to admit for the most part the story is not too bad. There is a decent sized cast, each with their own story to tell, and overall was passable. Unfortunately that’s about all it was. Sure there are a few better written pieces, for example between Erena and her fairy partner, otherwise it was easy to see things coming even for someone with rabbit allergies. If you couple this with the simplicity of most encounters you have throughout the title, its hard to become truly invested in the adventure before you in all but a handful of events. However there is not all that much dialog to endure and soon find yourself back in the thick of things. Ideal if you’re after a quick pick up and play, but less so for story driven gamers. 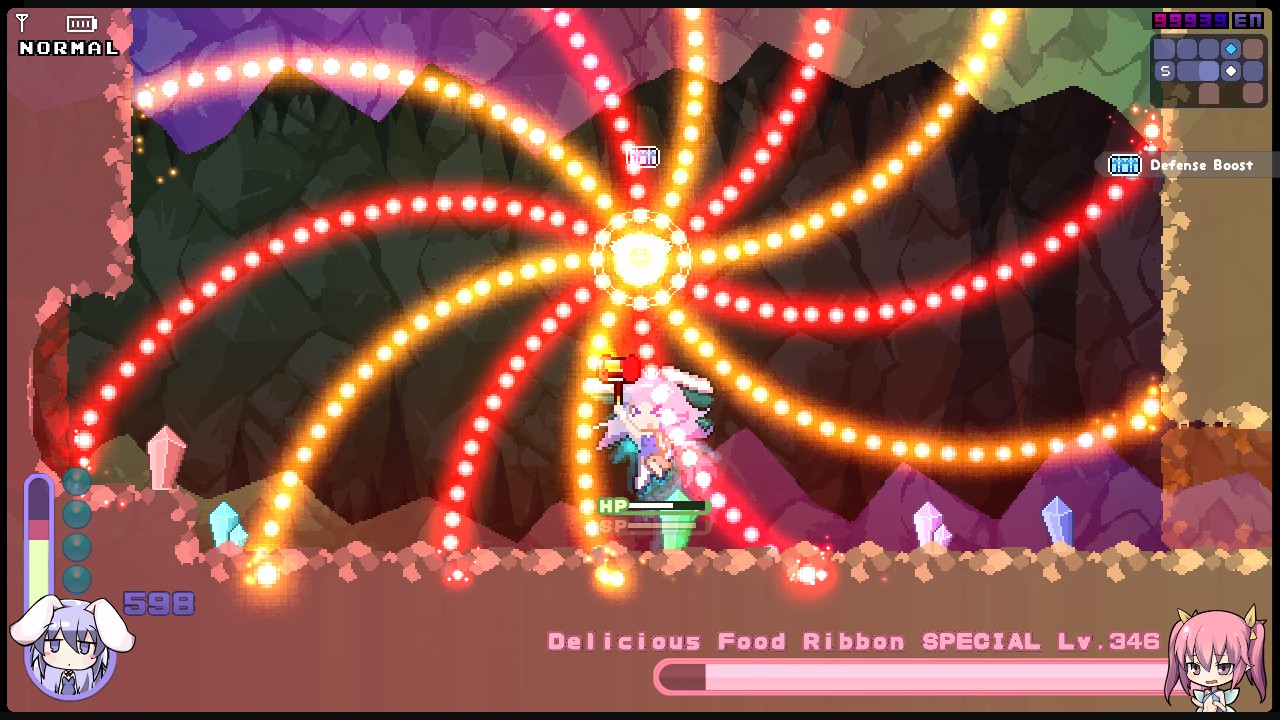 Gameplay for Rabi-Ribi is described as an adventure platformer, but I’m sure we’re all familiar with the term metroidvania enough by now and this is exactly what you get – SOTN without the darkness, and well there is really no other way to say it other than much more adorable. Art and appearance aside however the influences behind the title are clear to see from the combat and character progression, down to the giant floating save cubes.

The world itself is much more dangerous than it initially appears, featuring an array of enemies to smack around with your trusty hammer and ever growing skill set in such a way that anyone with any experience with a metroidvania should instantly be comfortable with – right up to the point of bosses. Here you will suddenly find yourself in a cross between maga-man and bullet hell styled battles that range from cake walk right down to sweaty palms, with a few hit points remaining as the latest bombardment of magical attacks head towards you. Ultimately combat is fun and challenging at the same time with the option to lower the difficulty if you’re having too much issue, though this will mostly be apparent only with bosses.

Next up i have to mention the exploration and there is a whole darn lot of it to be done, very restricted at the start and only opening up as you acquire new ability’s from bombs to wall jumping. Almost every 2-3 areas has at least one secret hiding around in the form of items/collectibles, or even passages to new areas. This will see a lot of back tracking and experimentation for most and more so for those looking to tick off every piece of completion. 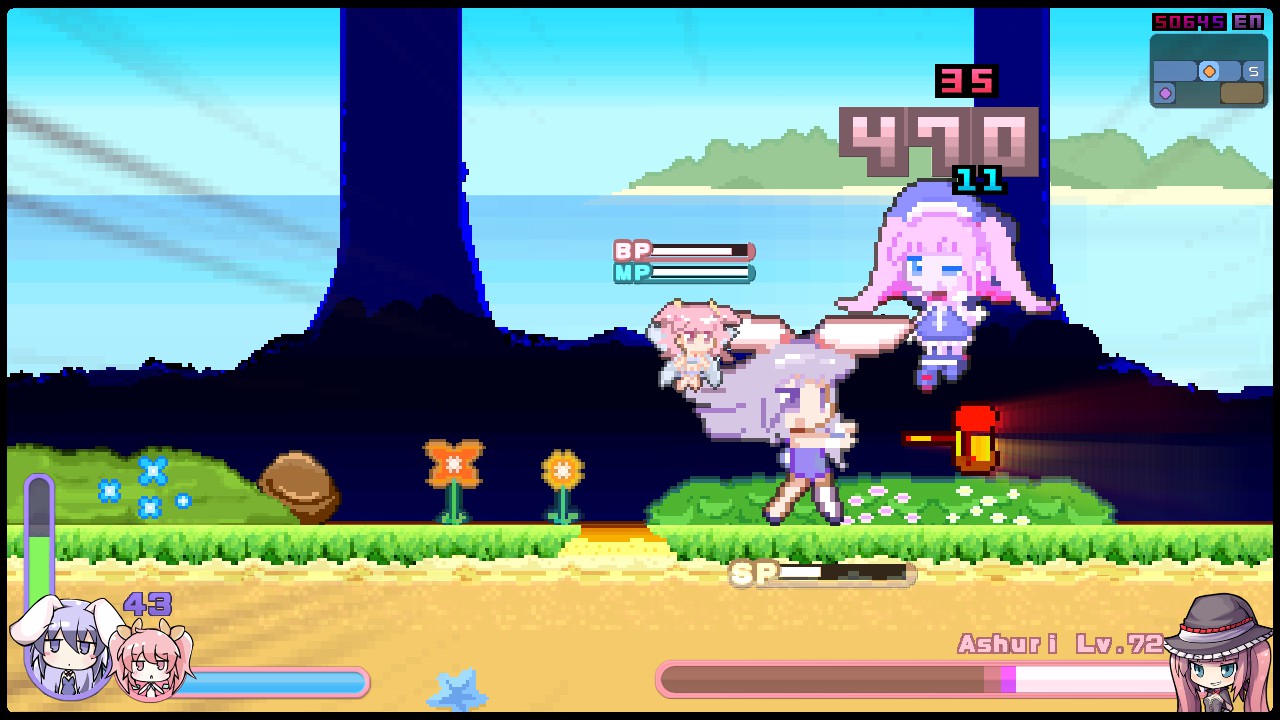 As well as story modes the game offers two additional modes that are fairly self explanatory. A speed run mode that simply sees you rush through the main story as quickly as possible. As well as this there is also a boss rush mode that once more is fairly self explanatory, seeing you take on the bosses from the main story. There is also a “Rabit box” that has little use other than looking up the games CG’s.

This moves us onto the visuals of the world of Rabi-Ribi and I have to admit to have been pleasantly surprised by the retro look of the game, whilst still being able to be overly cutesy like something in a children’s picture book (lack of clothing and innuendos aside) On top of this the game flows well, even in the more intense fast paced bullet hell styled battles everything remained responsive. The character portraits however were somewhat a gripe of mine, as some of the designs were interesting while others seemed only a little more refined than a simple pallet swap. The visual novel type story telling only has short burst but also offers a few CG scenes as you progress that seem to have a fair bit more work put into them than most of the secondary cast members. 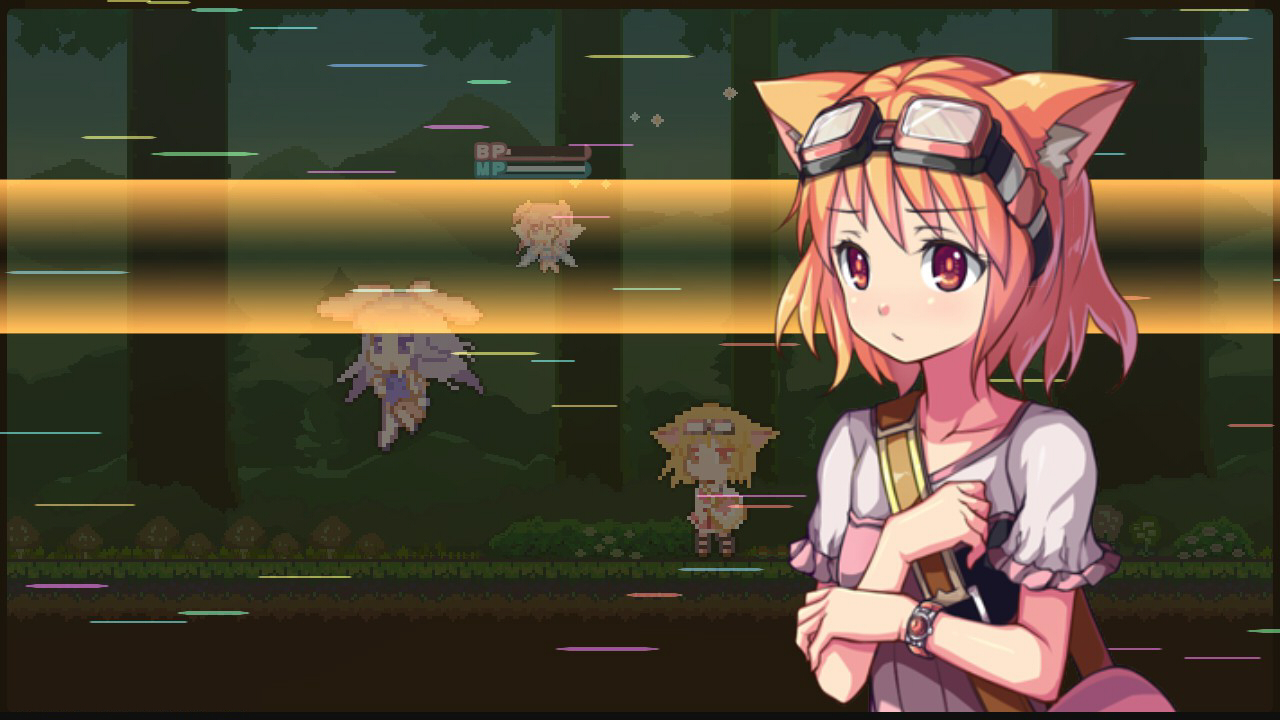 Overall Rabi is a great pick up and play game, but story gamers will find little reason to invest all that much into it. However the gameplay is fun, and despite the seemingly overly friendly visuals, can have some much more tense moments. Theres a few things I would have liked to see some more effort put into, but for an indie title its hard to expect AAA budget and variety. To answer my question from the start yes, Yes we did.