On the day there were truly needed, the best of the best did not show so the world’s fate is left in the hands of 88 Heroes! They may not be the best but what they offer is unique skills that could help save the day.

Welcome to 88 Heroes, the game where you have 88 seconds to complete each of the 88 levels laid out before you. Do this within 88 minutes and you save the day! As simple as it sounds, the unique abilities of some of the heroes can make it rather difficult.  With a game involving 88 Heroes, please expect a lot of puns around the number 8.  Every item scores 88 point, trophies are linked to the collecting of 8 things and the antagonist is called Dr H8.  Oh, the puns do get worse; 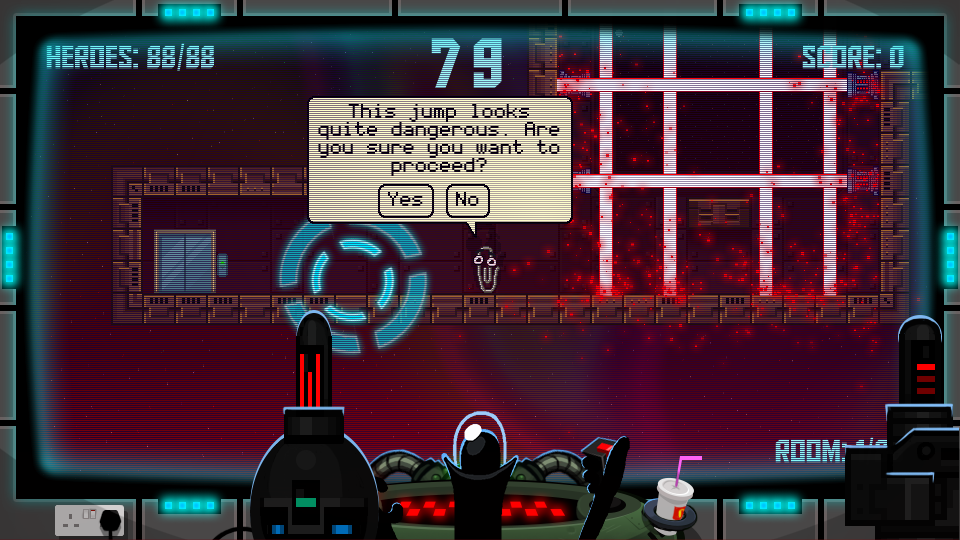 From the first time I played 88 Heroes I was hooked. The tight time restraints, the maze like levels and the crazy hero roster makes this an addictive experience that I keep finding myself coming back too. As you know from previous reviews, playing a level over and over is not my cup of tea but when you throw in randomly chosen characters into the mix, it turns it into a whole new experience!

The levels alone create enough of a challenge without the addition of the heroes.  They are scattered with death traps, arrays of enemies and even cats holding TNT.  Everything is well placed out to create challenges within the levels that can be difficult but are fair. These obstacles would be a walk in the park but with the 88 second time limit, the challenge increases rather sharply and having to wait for platforms to align or for lasers to move does become an annoyance after a few levels. To make life more difficult, you play the levels on a screen within the game.  This is monitored by the dreadful Dr H8 who shouts out comments about how well (or poorly) you are doing.  His head takes up a small section of the lower screen of the level that doesn’t cause too much of a distraction but at points in the game other aliens will walk across the screen and those do distract you. It is done on purpose and I do feel it happens more often the further in the game in progress.

Each level is random and the goal is just to reach the end. The great thing is that there are multiple ways to achieve this but that all comes down to what hero you are dealt.

Heroes are randomly picked for you so you never know what to expect. You could be given a hero with a powerful weapon or end up with a hero that has no ability at all! There are also heros with a one shot ability that will be exhausted instantly because as Gamers we like to try everything before we need it.  The challenge is not knowing and that is what makes it fun. With most heroes you will be running, jumping and defeating enemies to reach the end. However though, some can fly or walk up walls meaning you can avoid levels all together. It does feel cheap I agree but if you have killed many heroes prior to this, it just feels good to do so. In fact the best hero for me is LadderMan as you can just use a laser to skip am always completely! Fun times.

Once a hero dies they are removed from your roster but not all is lost as you do have chances to revive heroes along the way. This is great way to cycle through the heroes but I did encounter a problem at the end which ruined the experience. There’s a hero that has the ability to flip a coin causing one of two outcomes. One is to die and the other is the complete the level. By chance this hero was my last one so I could just flip the coin and hope to finish the level. Even though there is a 50/50 chance of this happening I can never lose. How? Well when all heroes are dealt you get the retry screen which allows you to try again with the last hero. So, flip the coin and hope for the best. Just keep repeating this and you will soon finish the game. I will admit I did this for about 16 levels but found I was having no fun because it was a super cheap method of completion as I did not have to attempt a single level. They could have been incredible but I will never know because I just flipped a coin.   The only way out of this cheap loop is to start again. It is not a game breaking issue as there is a 1/88 chance it can happen but it happened to me and left me in a coin flipping limbo until I felt enough was enough. 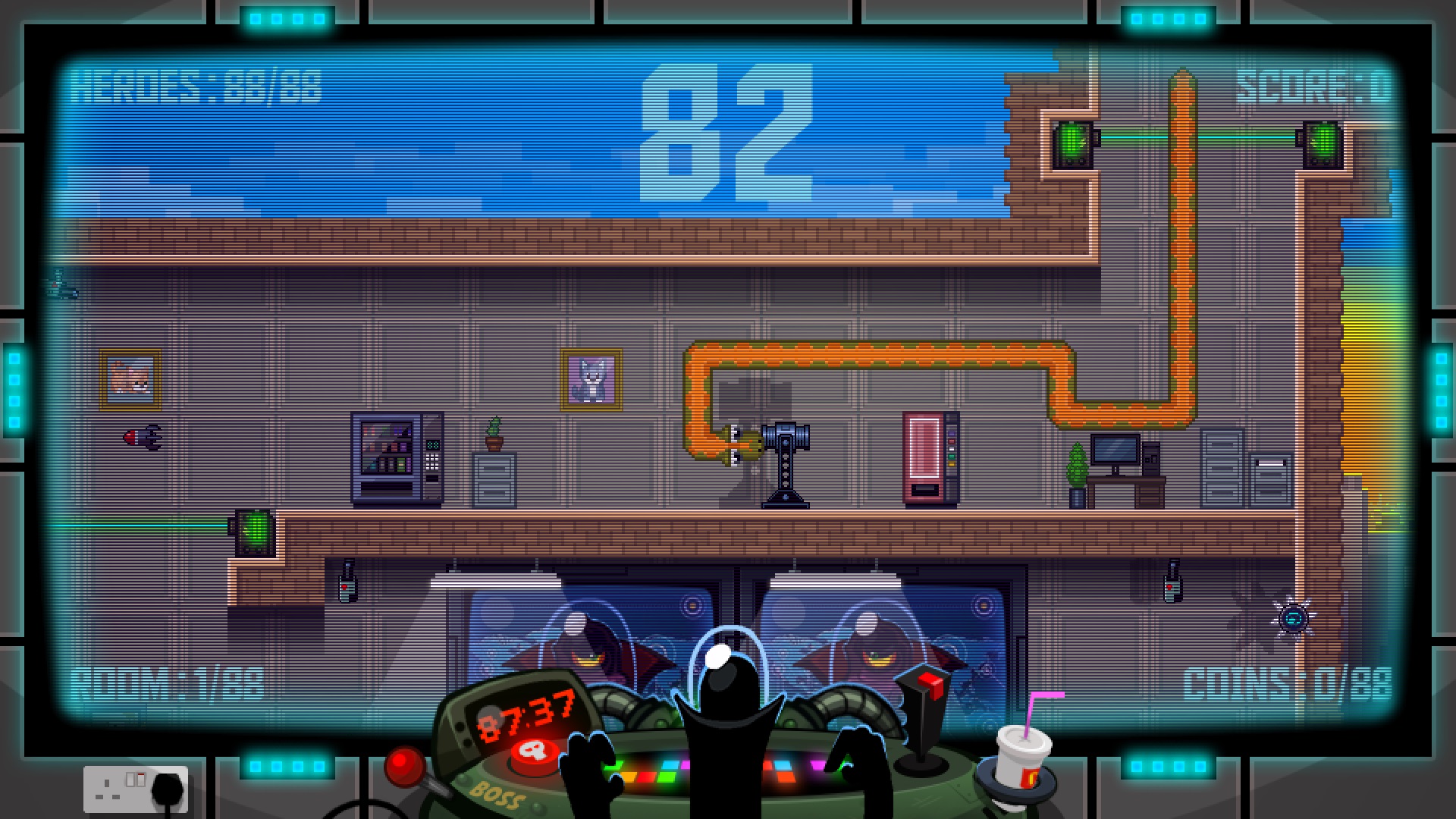 Aside from that minor issue there is not much more to say regarding 88 Heroes.  The controls are tight, work well with each character and best of all, 88 Heroes is just as fun to watch as it is to play.  It will work as a great pass the controller game at a party and will create many laughs.

You may look at 88 Heroes as another pixel art entry into the current indie library but give this one a chance.  It creates a bonkers world full of bizarre characters that you would never play as in a “normal” video game.  Some are great and some are downright terrible but you will find one that you like and become excited when the roster spits them out.  88 Heroes will last as long as you want it too & I can guarantee you will find some fun in this package.