From Indie Developer PixelLore comes a top down dual stick Survival Horror base management game with the focus on Survival. The game itself seems to take a lot of influence from other top down games such as Alien Breed as well as other games like Doom and Resident Evil in either setting or story elements.  Originally coming out on Early Access back in 2015 on PC, is now finally coming out for consoles (PS4, Xbox One). 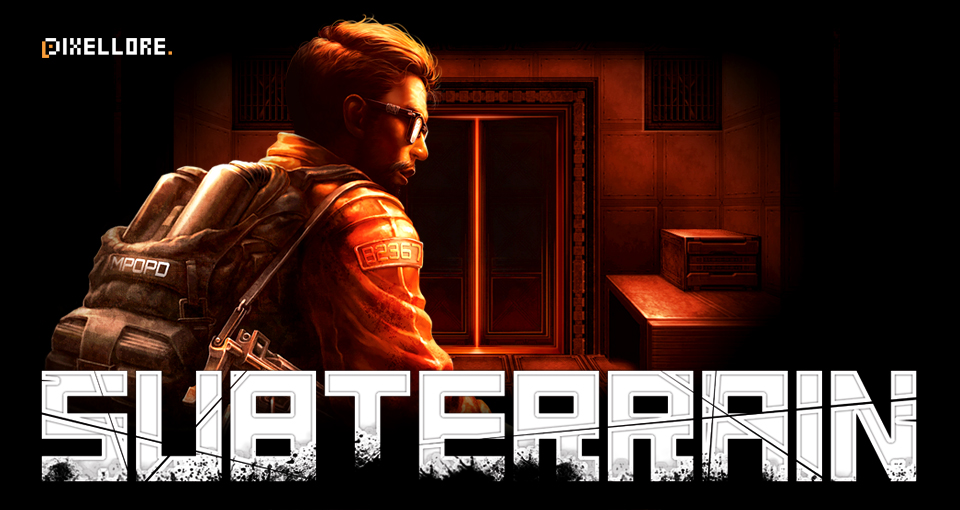 I only discovered this gem a week ago but the trailer had me hooked straight away. On first glance it would seem like it is a top down shooter much like the Alien Breed games but in truth is so much more.

The setting for Subterrain is Mars, more specifically under the surface of Mars hence the name. You are Albert West. Invited to live on the colony to research a cure for Alzheimer’s. Convicted of murder, Dr West is imprisoned ( naturally). While imprisoned all hell kicks off. The Colony is hit with a mysterious contagion which mutates most of its residents in to zombie like creatures hell bent of killing. Still in his cell, Albert West is safe for now from the horrors just outside his door but with food running out a way out is looking like a good idea. Enter the player.

Subterrains audio is design to instill a sense of fear and no hope. At first for me it did its job but after awhile it fades into the background like so many other games. This fact doesn’t make the game bad at all but it is a shame because it does have a good soundtrack. You do get a sense of Resident Evil while listening to it. 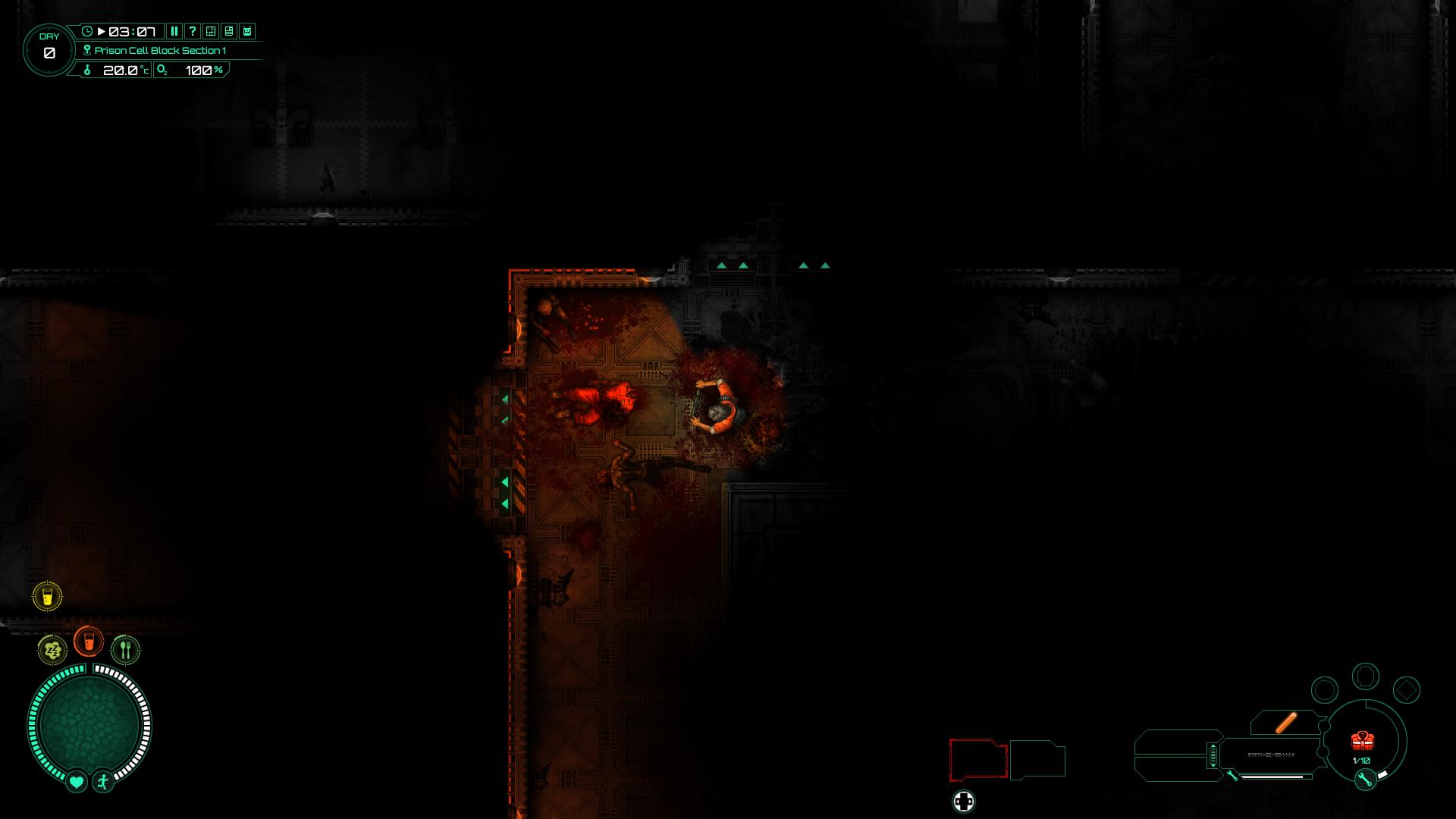 The game play consists of exploring darkened corridors, ransacking the places of supplies while looking for a way off the god forsaken rock. While you are not exploring the colony you can put your feet up at the Central Control. Central Control acts as a safe haven but with the constant fear of starvation, dehydration and even needing to go to the toilet as well as many more problems that can go wrong, I use the term “safe haven” loosely.

If running out of supplies wasn’t enough of a problem for the player, they still have to worry about the increasing number of mutates the roam the halls of the Colony.  Over time the enemy will mutate further which increases there difficulty. You can go back to areas you have already been and cleanse it of them. You can check the number of infected while at Central Control via the control terminal.

Each location you visit also has other dangers. The Colony is on emergency power so while at your “safe haven” you can designate power to the areas you which to visit. As well as that you will need to replace the damaged Oxygen Filter and Temperature Filters so you don’t suffocate or freeze to death. You can get Oxygen Canisters and Temperature Canisters to traverse the areas but its best to repair them as the decrease the number of injected.

Like most Survival games, you have to craft to live. Crafting your clothes, weapons and medical supplies can normally be annoying in games but in Subterrain its actually made not to feel like a chore. Once you have savaged a place dry instead of having to destroy  them individually like most games you can take them all to a recycling station which does the whole lot at once saving you time.

There is one element of the gameplay which I loved above all else and that is the line of sight. You can only see in front of Albert West, you see what he sees while everything else is shrouded in darkness. This adds to the horror aspect of Subterrain because will actively search you out while you explore so one minute you will look down a hallway only to see its empty so when you turn around and move on you will never see the mutates sprinting at you till it is too late.

Combat is similar to other Top Down shooters. You point and they die. Because of the setting and constant darkness you are always aiming in every corner like some Colonial Marine keeping it frosty.

Controls for this game are quite simple easy to pick up with using only common sense. The only down side to it is that the button to interact and to check your inventory are the same button (PS4 X, Xbox One A) which can get frustrating when you are trying to open a door and you keep checking your bag instead.

Every aspect of this game if it be Controls or what certain things are used for in game are all in detail described in a Help section on the pause menu so you can never be unsure of what things are.

This is a long game with multiple difficulties to ensure a challenge and with its randomly generated levels to explore and discover the secrets of the story it will have you coming back time and time again. I am loving this game. It has everything I want in a scifi survival horror from Mutates hordes to shady Corporations but with a few clever ideas thrown in the mix like the line of sight of Albert West.

If you are fan of the Alien films or the Alien Breed games and anything SciFi Horror then I highly recommend this. Subterrain is already out for PC but also comes out 27th January for digital download for consoles.