Root Letter is the first game from Kadokawa Games to be featured in their new Kadokawa Game Mystery brand, releasing on both Playstation 4 & PSVita, with each entry in this series planning to contain the same fictional actresses playing different roles in each game. So does this new brand from Kadokawa get off to a good start, or will it be a case of return to sender? Lets take a look… 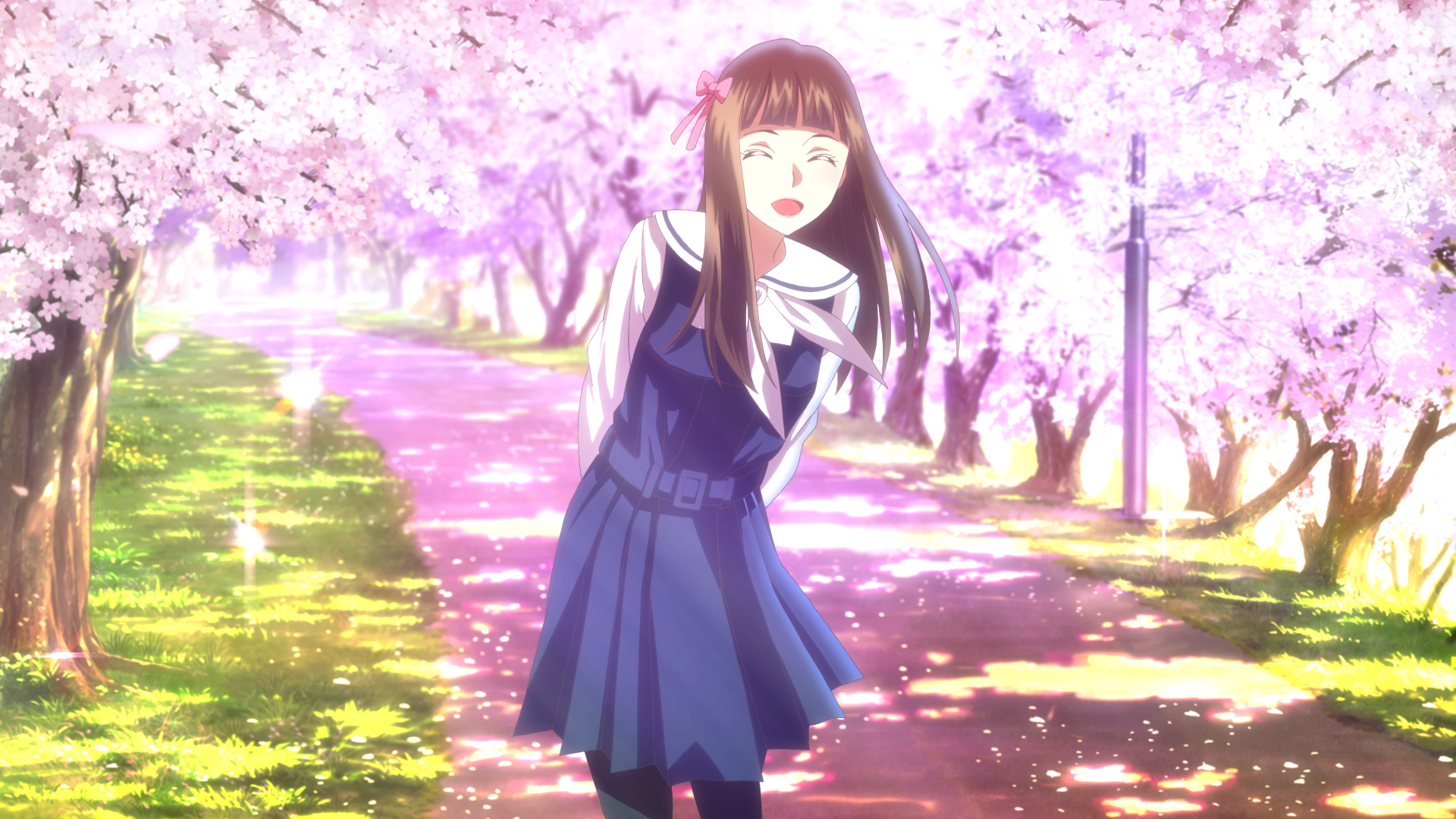 The story opens up as the protagonist is going thrugh some old things while packing and happens up the letters sent by an old penpal, Aya Fumino, 15 years ago. You find an unopened letter at the bottom of the pile that has a chilling message. It’s decided that you’ll head to Matsue and seek out Aya to find out what her fate has been. It doesn’t take long for you to realise that its not going to be an easy task. Upon landing you may your way to the address on the letters to find an empty lot that the locals told you the house there burnt down 15 years ago. When enquiring about Aya, most people either don’t know who she is or recall a young girl of that name that died from an illness 25 years ago. Wait. 25 years ago? So who was sending the letters 15 years ago? And who is the girl in the picture then!? This is where your investigation begins.

The story here is a fantastic one. It will keep you guessing til the end, with the conclusion being different depending on your playthrough, and seems well balanced with regards to pacing. Each chapter focuses on a different letter from Aya, giving a clear goal for who to seek out for the latest batch of information on just what happened 15 years ago – with plenty of other side characters to meet along the way. 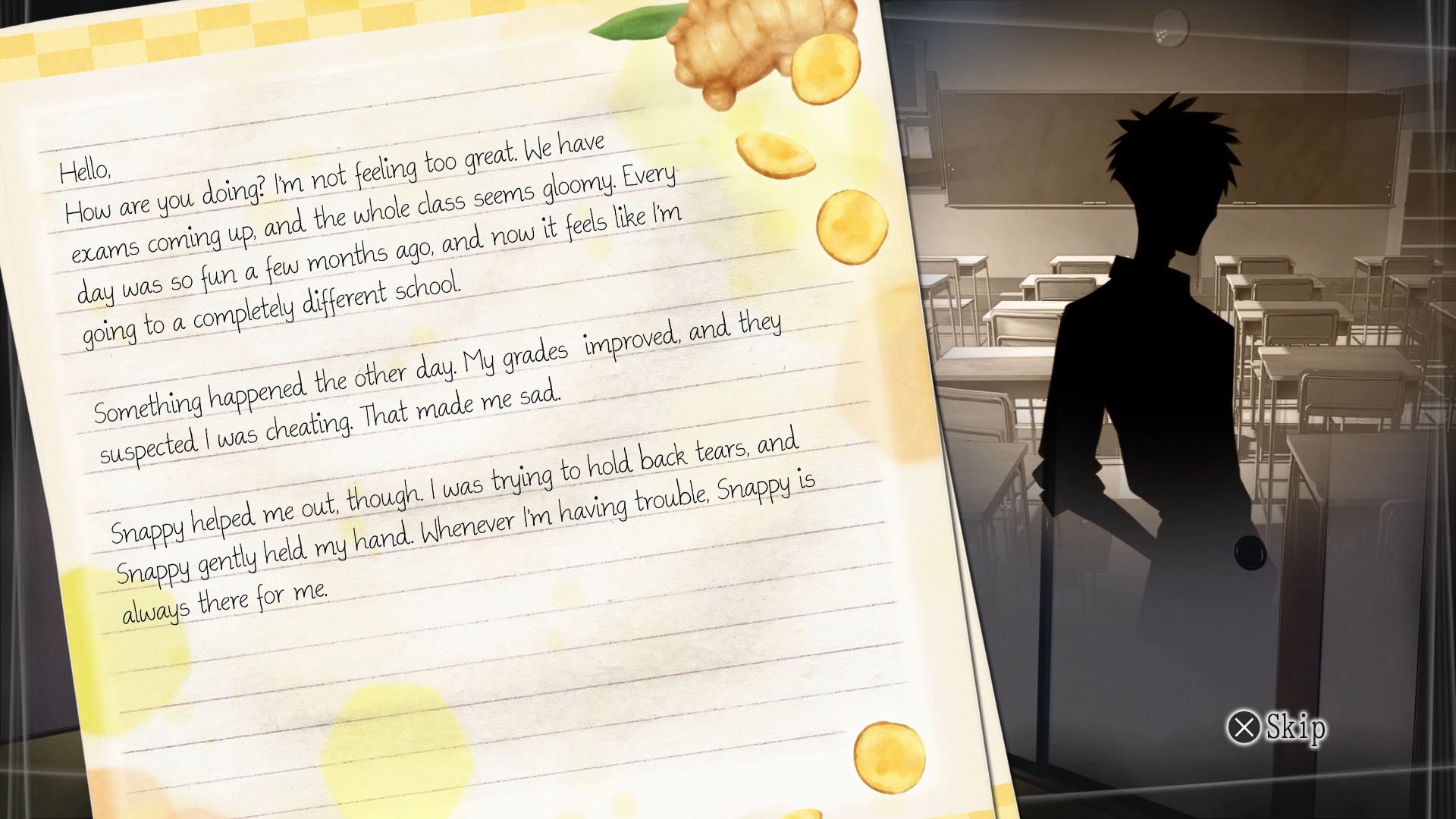 Whilst Root Letter is first and foremost a visual novel, it does incorporate a few gameplay elements from other genres such as point & clock adventure games. The ever present menu on the right of the screen will offer various way of interaction during any given situation. ‘Check’ will be the most used as it allows you to search the area you are in for any clues that could aid when inquiring with character’s or even opening up new areas for you to go. The rest of the menu is usually used during character dialogue, with the smartphone option being you gateway to the save/load menu.

The investigation mode that’s activated during each chapter is a highlight. Here you make the most of the items in your inventory & clues found to try and get the character to give up information on Aya. You’ll only have 5 ‘lives’ as such here to get the information needed, so using the right clues and asking the right questions is paramount to avoid failure. The info needed is usually gleaned after slamming items from your inventory into a characters face (not really, but it seems it sometimes with their reactions) so making sure to search each area fully reaps rewards. You may seem stuck at the odd occasion due to this though. One time saw me staring at the same screen for 15 minutes until I’d zoomed into a poster to get the clue. The frustrating thing about it was that not zoomed in, the poster seemed to meld into the desk beside it as a point of interest – so the game would only register the desk otherwise. Make sure you keep this in mind! 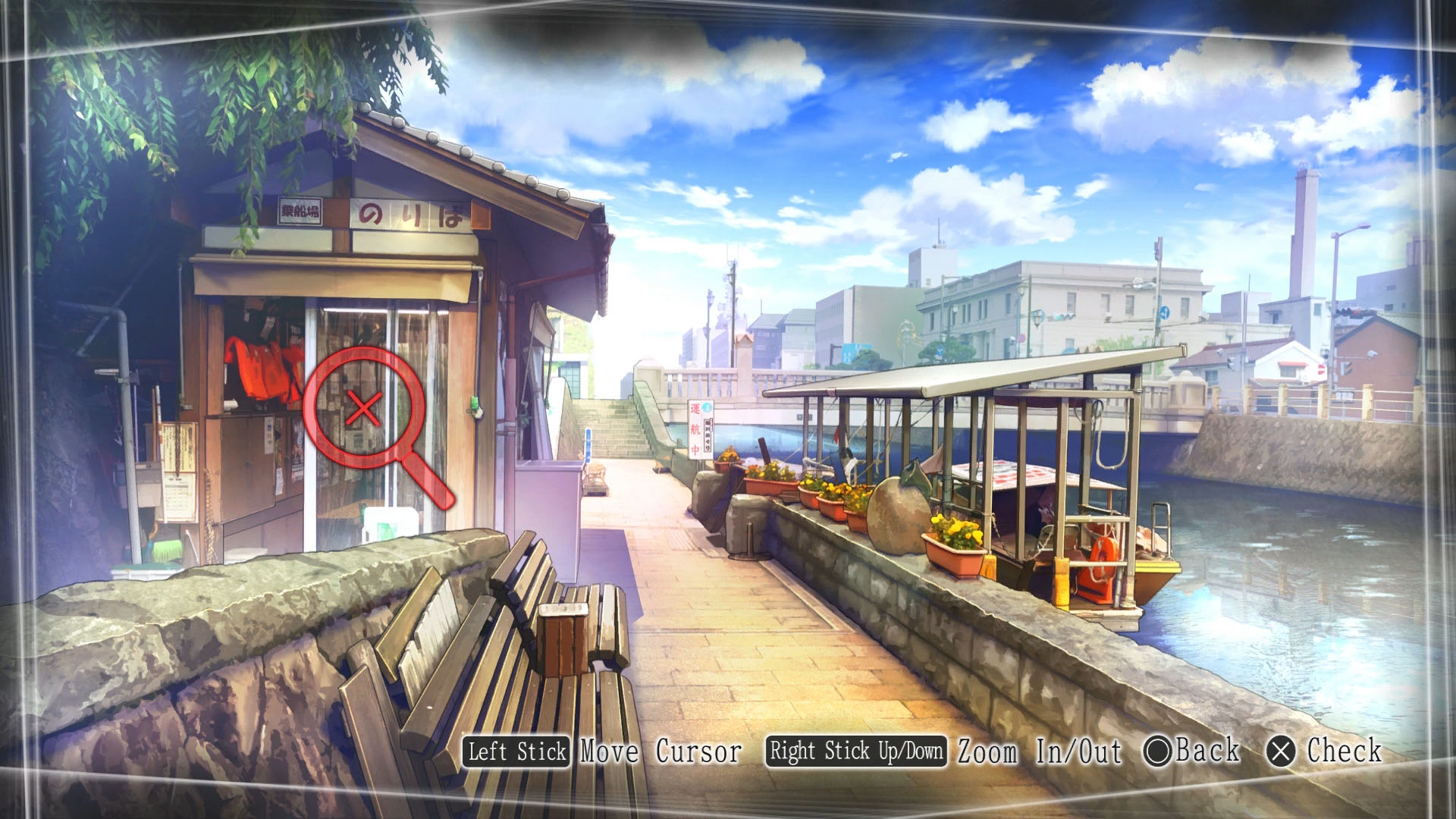 Root Letter hits the ball out of the park easily with its presentation. The art style is pleasing and vibrant, but that’s not the games best aspect here – that would be how animated the package is for a visual novel. Even during regular dialogue you’ll find transitions spinning portraits of characters and their reactions around the screen which works really well. It takes things up a notch when conversing with Aya’s friends from school, with the dialogue box popping out to highlight key parts of the interaction. There’s also FMV’s. This surprised me, although they only tend to occur at the end of an investigation, as they are well done and don’t look at all out of place.

Your likely to first think that the meager install of only a few GB’s on Playstation 4 could mean the game would underwhelm on the big screen, but that’s not the case. It has scaled well, without needing to look pin sharp due to the games art style. The games audio isn’t left behind either as the BGM is well done and there’s a healthy dose of ambient sound effects when visiting different areas. Visual Novel fans will be pleased to know there’s a great voice acting track on offer here, although Japanese only, with a surprising amount of characters outside the main lot voiced as well. 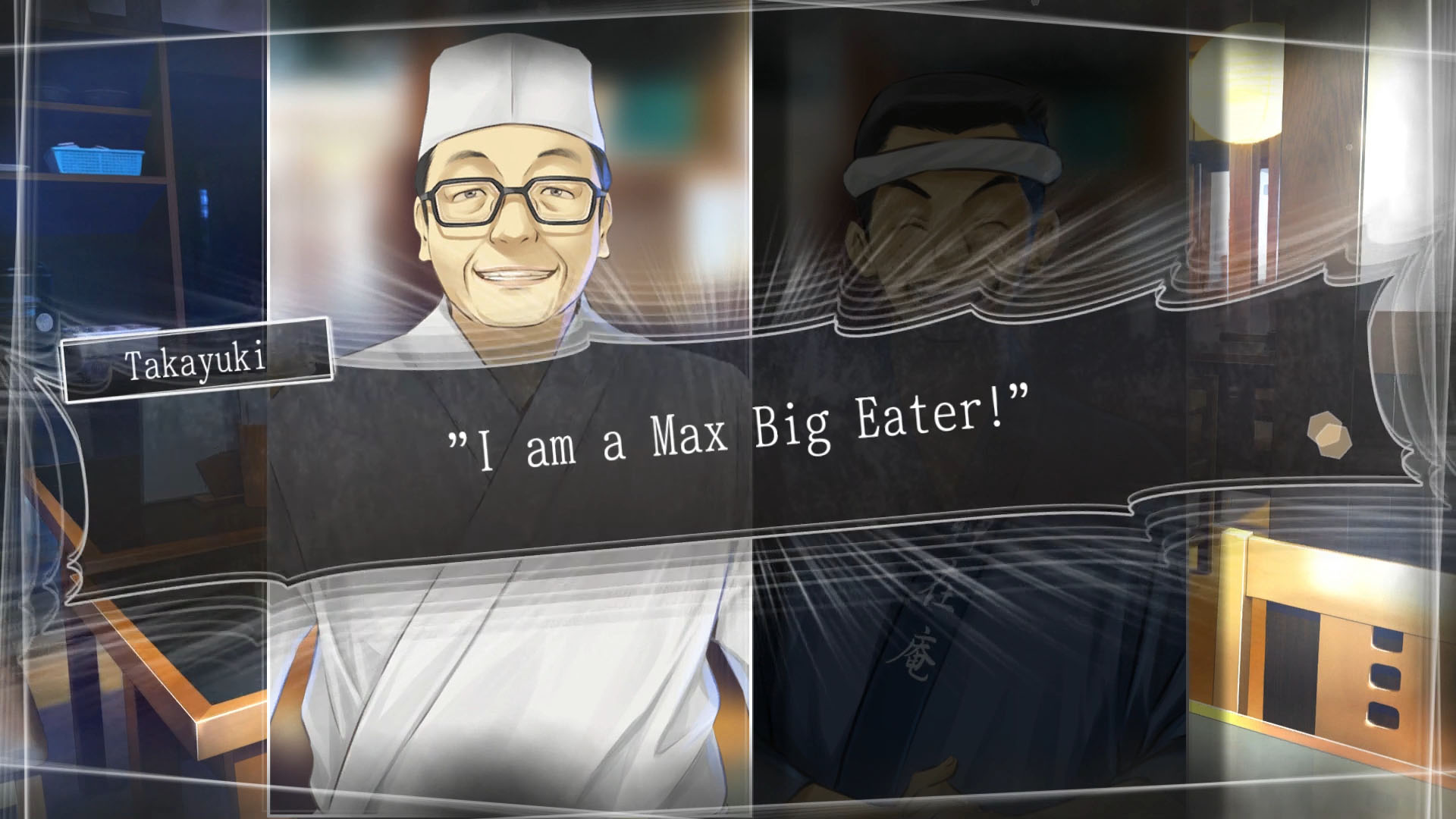 Root Letter is fantastic. I may as well just get that out of the way first. The story flows well and will keep you intrigued till the end, with multiple endings on offer, and is supplemented by one of the best presentations for a visual novel out there in my view. It’s an almost perfect experience, one that could entice newcomers to the genre, which fans of visual novels would be wise in not allowing it to pass them by.