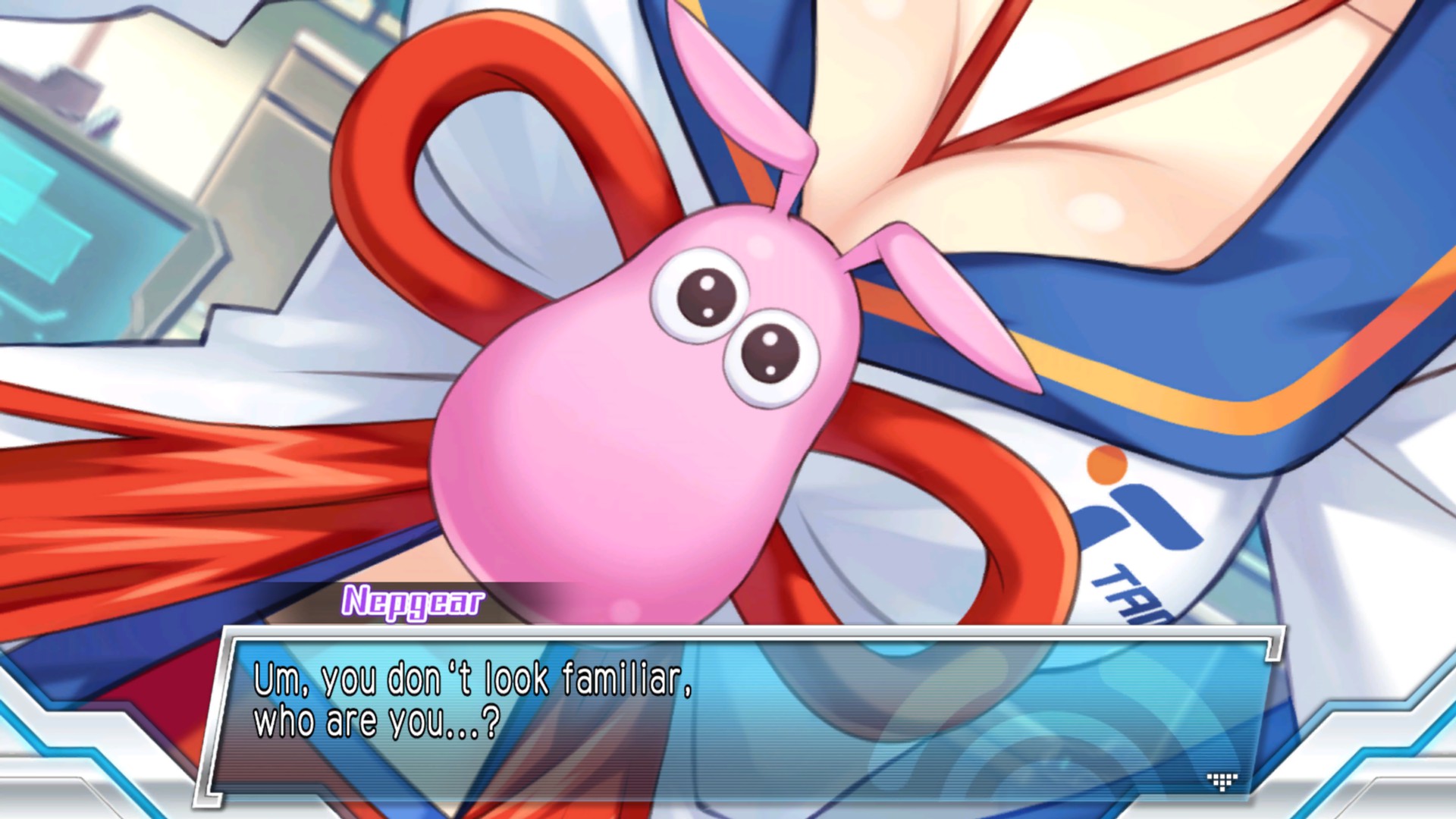 More often than not, when you see the word Zombies shoehorned into a game title it is an immediate red flag, though in the case of the Neptunia series it could go either way with its quirky, 4th wall breaking writing and its love for anything over the top.

Released on 3rd of October 2016, this is the PC port of the Action-RPG Vita title released back in May developed by Compile Heart and published here in Europe by Idea Factory International.

MegaTagmension follows the story Blanc, Neptune and the other CPU’s filming a movie to save Gamicademi from closing down, they decide on a Zombie movie because Zombies are very much in at the moment, much to the surprise of everyone real Zombies show up and start attacking the students. Bring on Neptunia’s brand of chaos and self-aware hilarity as unlike the real world where Zombies would cause panic the girls continue filming using the zombie attack as part of their story, though in this case the central theme much to my surprise actually serves to make the story pretty lackluster and flat when compared to some of the series other titles. 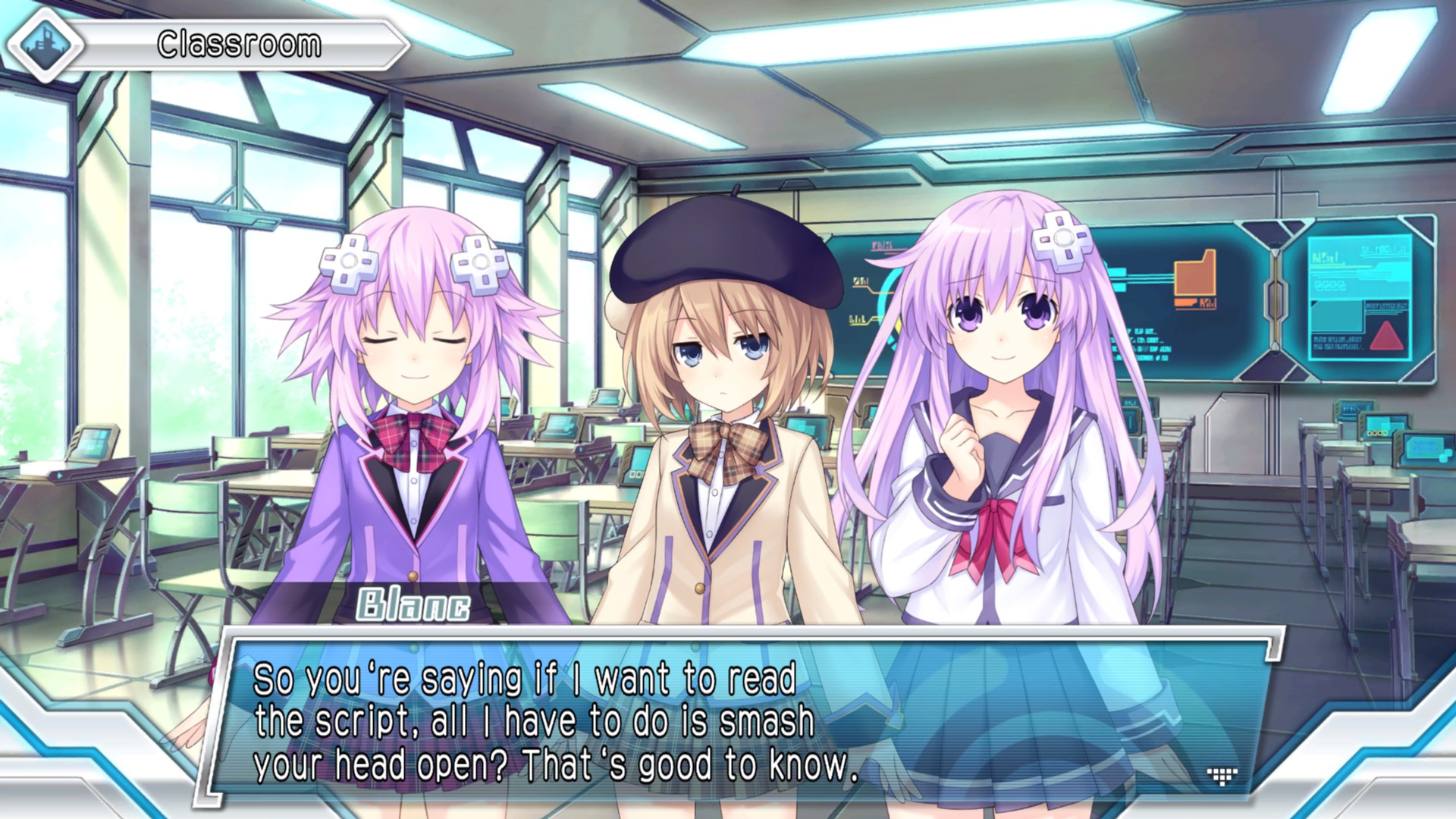 Plenty of laughs are to be had as is the mainstay of the Neptunia series and its spin offs, well known characters & new characters alike constantly quip, argue and reference both other series and the world at general which is always fun and something that brings a great uniqueness to the series. Tamisoft is a particularly fun new character who in combat is a bit of a bad ass, but on this outing something just felt hollow and no matter how larger than life the characters are the gameplay on the most part served to further that flat feeling.

Similar to its big sister Neptunia U the bulk of gameplay is short battle segments between story sections which in this case are called Scenes, you enter with 2 characters of your choice and have a limited area to run around in with a group of enemies found in it, using light, heavy and SP attacks you need to defeat the enemies to complete the Scene. Of course with this being a Neptunia title you also have access to your EXE drive gauge attacks, Tag Skills and CPU transformations, but I found on the most part I could breeze through most fights with little trouble using Basic and SP attacks. 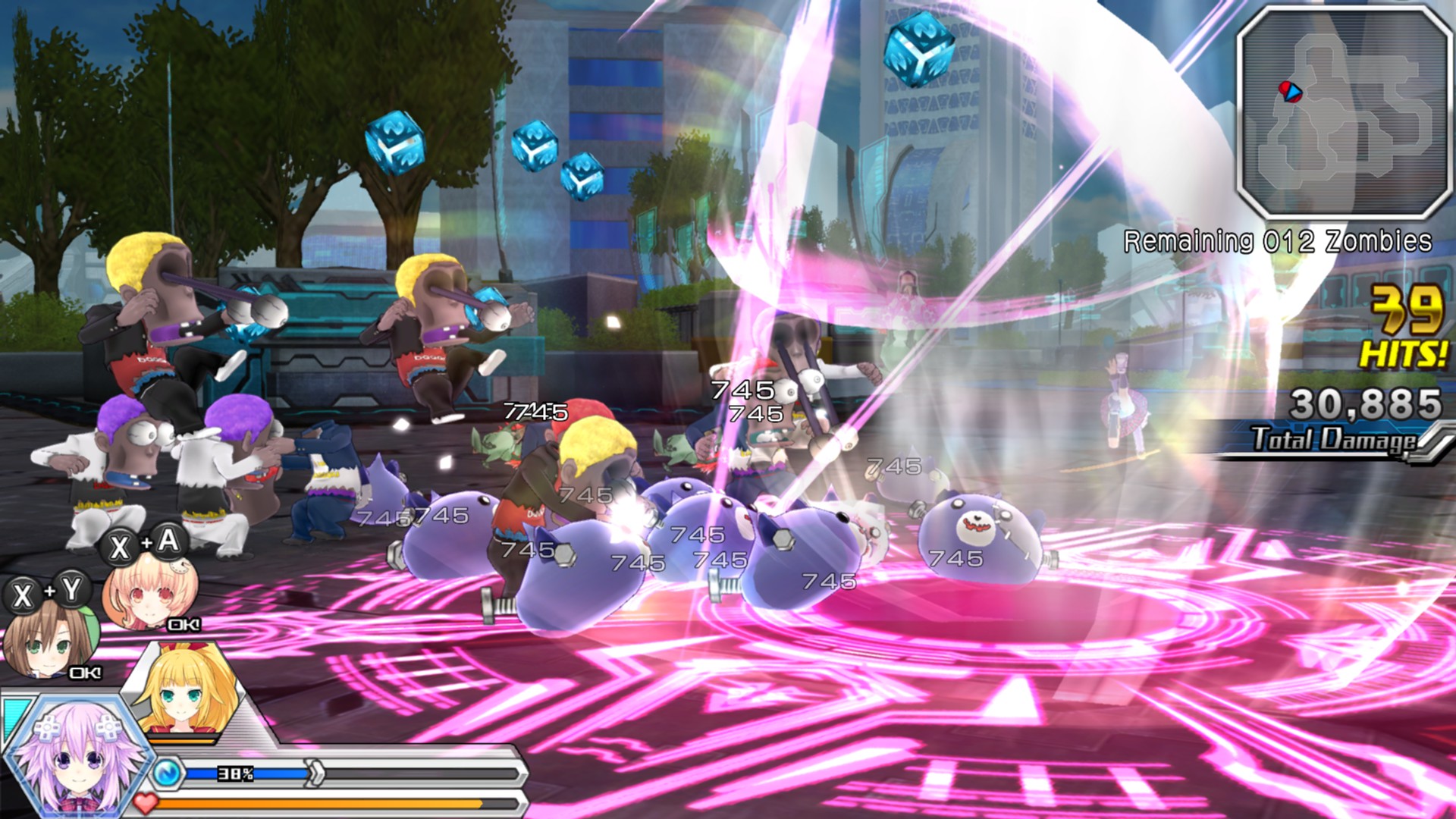 This in itself is where the major issue occurs, everything is too easy and as such fighting the same enemies, albeit with different colours and bashing the same attacks in similar bland environments the entire game got quite boring very quickly. I found myself mindlessly bashing through scenes without paying any attention to what I was fighting just so I could get through to the next section of dialogue, this obviously was quite a disappointment for me but I can see how it would be a great introduction to the series for younger or less capable players, giving a nice entry into a overall great series. Another part which is very trimmed down and simplified is the character progression, at the end of each scene you are given a grade which dictates how much XP, items and credits you earn for it, Credits are obviously used for the shop to unlock new outfit parts (some of which very much on the skimpy side), items & Weapons and XP is assigned to one of only 4 sections being HP, Defense, Combo and Power. Personally even for an entry level ARPG this is a bit lacking a progression system and it would have raised the level of presentation considerably if it had more rounded and in depth progression and customisation systems. 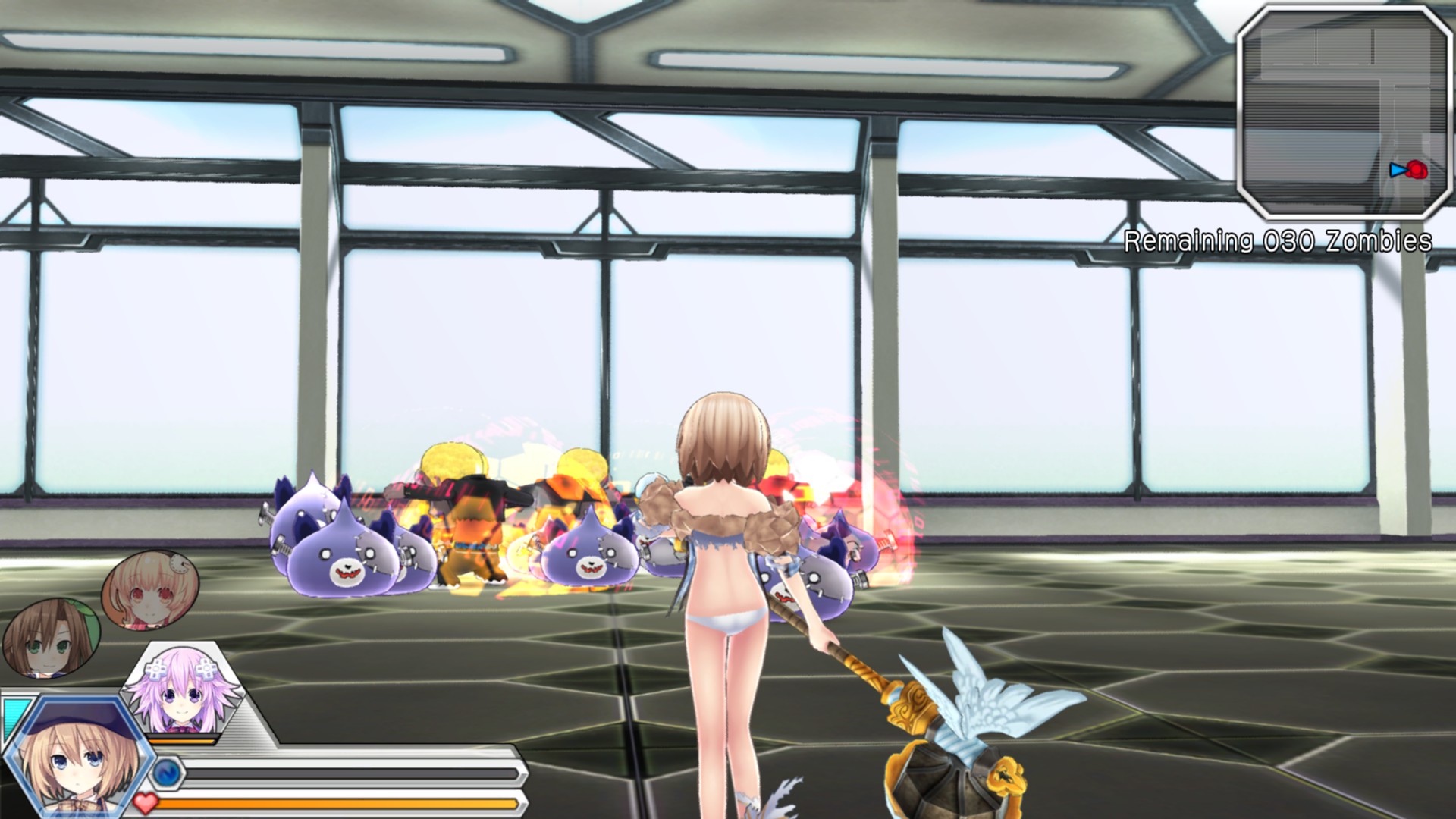 From a graphical perspective MegaTagmension is a difficult one, normally I would give any game ported from a weaker system a certain amount of lee-way, but other Neptunia titles have been ported from Vita to PC which have looked fantastic and ran well. MegaTagmension runs almost flawlessly on both high and low end systems, giving stable framerates and no crashes unlike some other series entries, but during the gameplay segments it suffers from somewhat bland graphics beyond the very flashy character attacks & good looking, if a little overused enemy models nothing popped out at me and grabbed my attention but in fairness it does not offend the eye even if the lack of changing backgrounds is pretty disgraceful for a series like this. Story sections use the more expected 2d anime styled floating character models and are generally very pretty with sharp character drawings and regular scene changes to mix things up and keep it interesting. 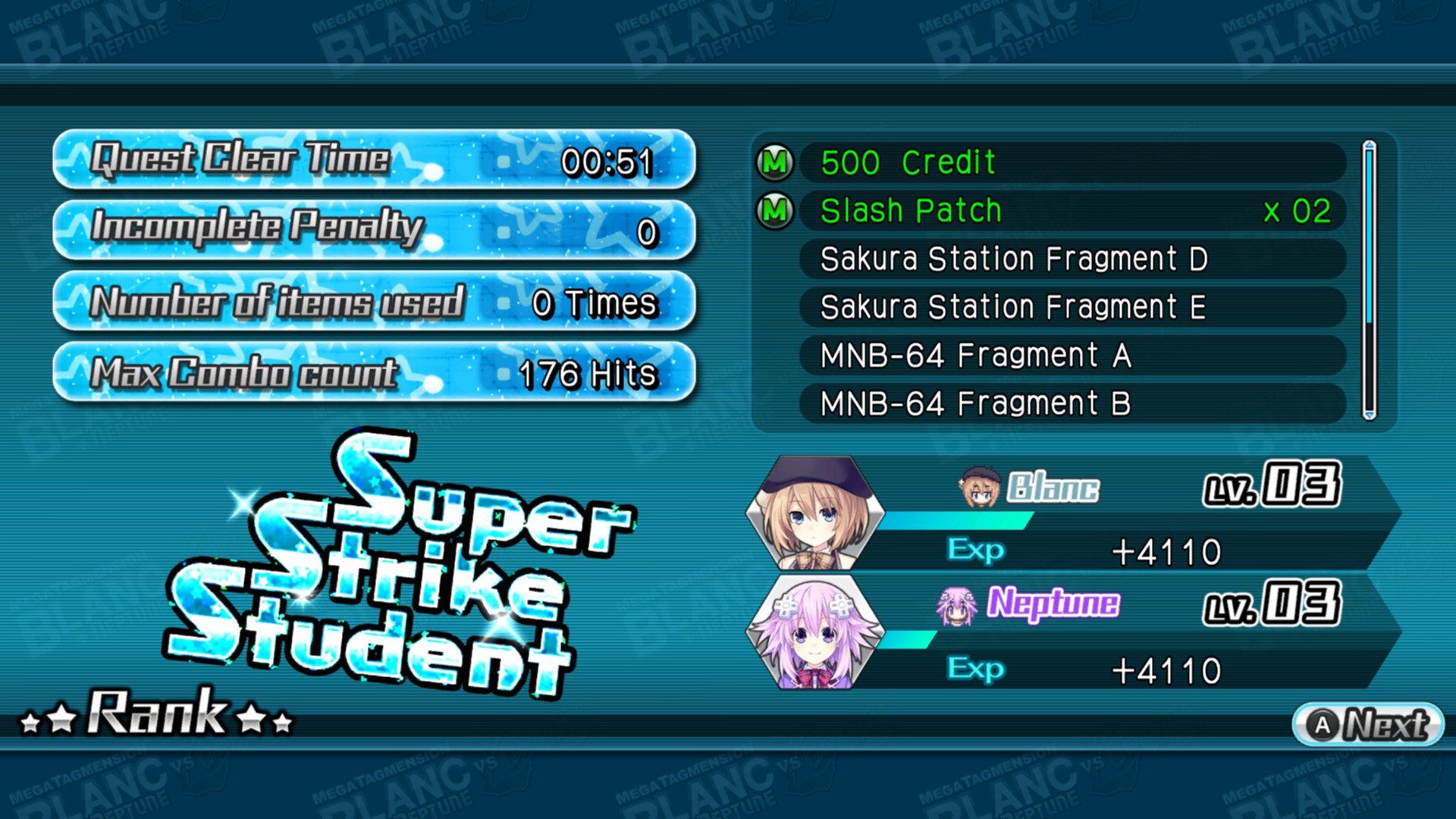 Audio is as always with the series great with both the English and Japanese voice acting to the usual high standard, being able to switch between them at any time will be a plus for many players. Music and background SFX are clean & crisp with plenty of variety but nothing you will find yourself humming on the bus later on.

Overall, MegaTagmension isn’t a bad game by any stretch, it is simply a weak title that is outdone by other titles within its own series. I would honestly say it makes a good introduction to the Neptunia series as it isn’t terribly taxing or difficult to learn, players of any skill level can pick it up and bash it out in about 15-20 hours, plus anyone introduced to the series through it have a lot of much better entries to look forward to after. It isn’t too full of fan service which is always nice for players like myself, and even with its weaker story and gameplay the ever present humour should be enough to pull you along to its conclusion.