Stories: The Path of Destinies is an action-RPG set in a colourful fairytale universe. The main draw of the game is the choice filled narrative that can take all manner of directions depending on the players choice. There’s also the small detail of it being powered by Unreal 4, Something a little rare so far on consoles. Does it do enough to ensure its destiny lies in your game library? Let’s take a look… 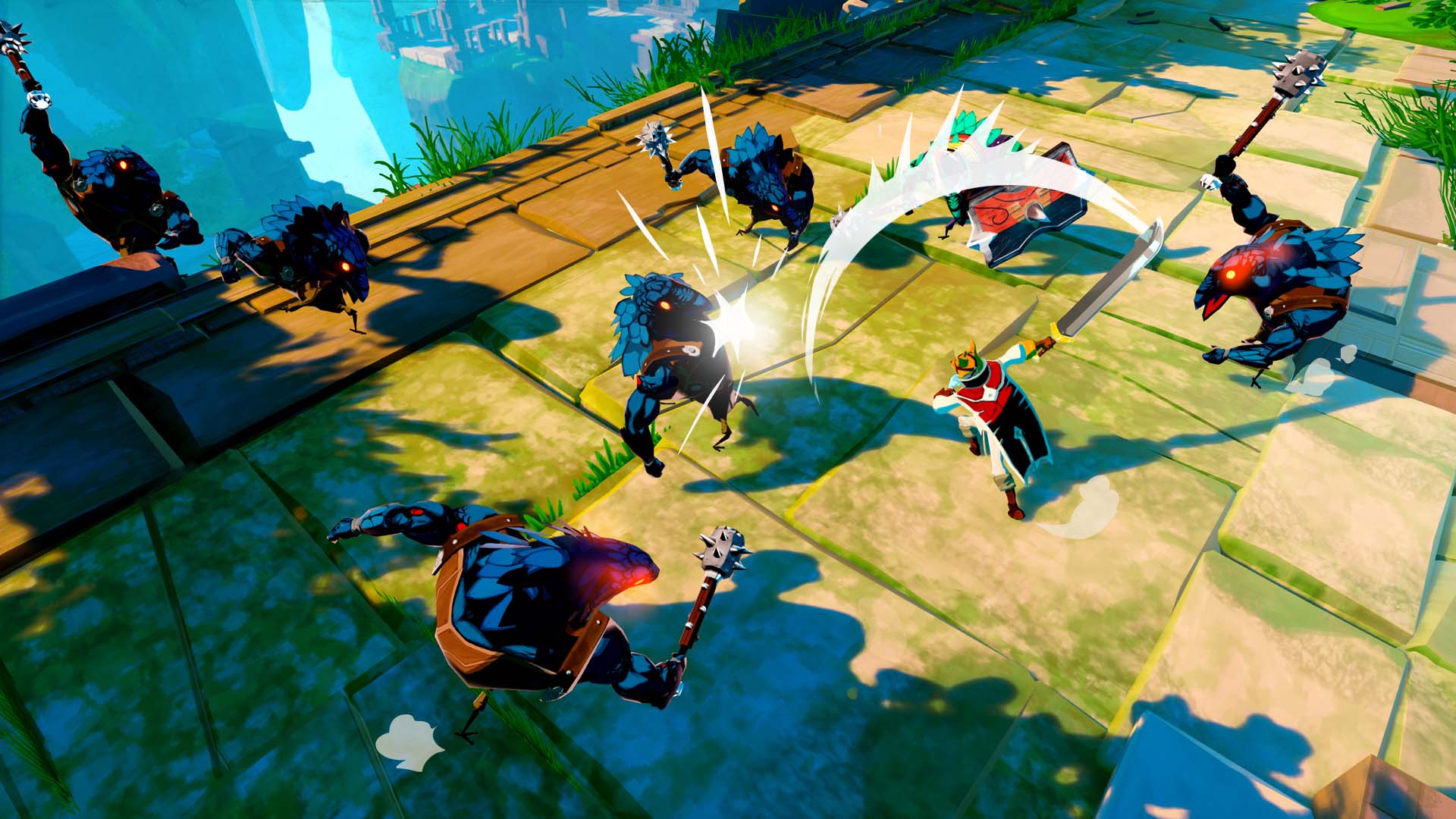 The story opens with an introduction to Reynardo the Fox, a clever rogue that finds himself sucked into a rebellion against a mad Emperor after the death of his friend’s son. The book that ends up Reynardo’s possession turns out to be magical, which offers him the chance to change his fate. Will he save the kingdom & get the girl his heart desires? that’s all down to your choices. First up you’ll choose to either save Lupino (an old friend) or seek a god destroying weapon you hope will aid the rebellion. It’ll be tough for you to get an opinion on how the story plays out overall as its constantly evolving, requiring multiple playthroughs till you get enough back story on the characters. It’s decent, a little dark & grisly at times too, with some superb narration that amuses at times to keep you interested.

Whether you manage to get the elusive happy ending or not will depend on your choices. This is probably the greatest aspect of the game. When you start you only have 2 choices, and after each level completed your given another two. As you get to the end and subsequently start a new path, previously completed paths will have aspects updated. You’ll learn things about characters that can change previous paths and open new areas within that storyline. Enemies will also evolve & increase in number as each playthrough will see It’s a great little system, and has kept me coming back even with the games niggles (more on that later) 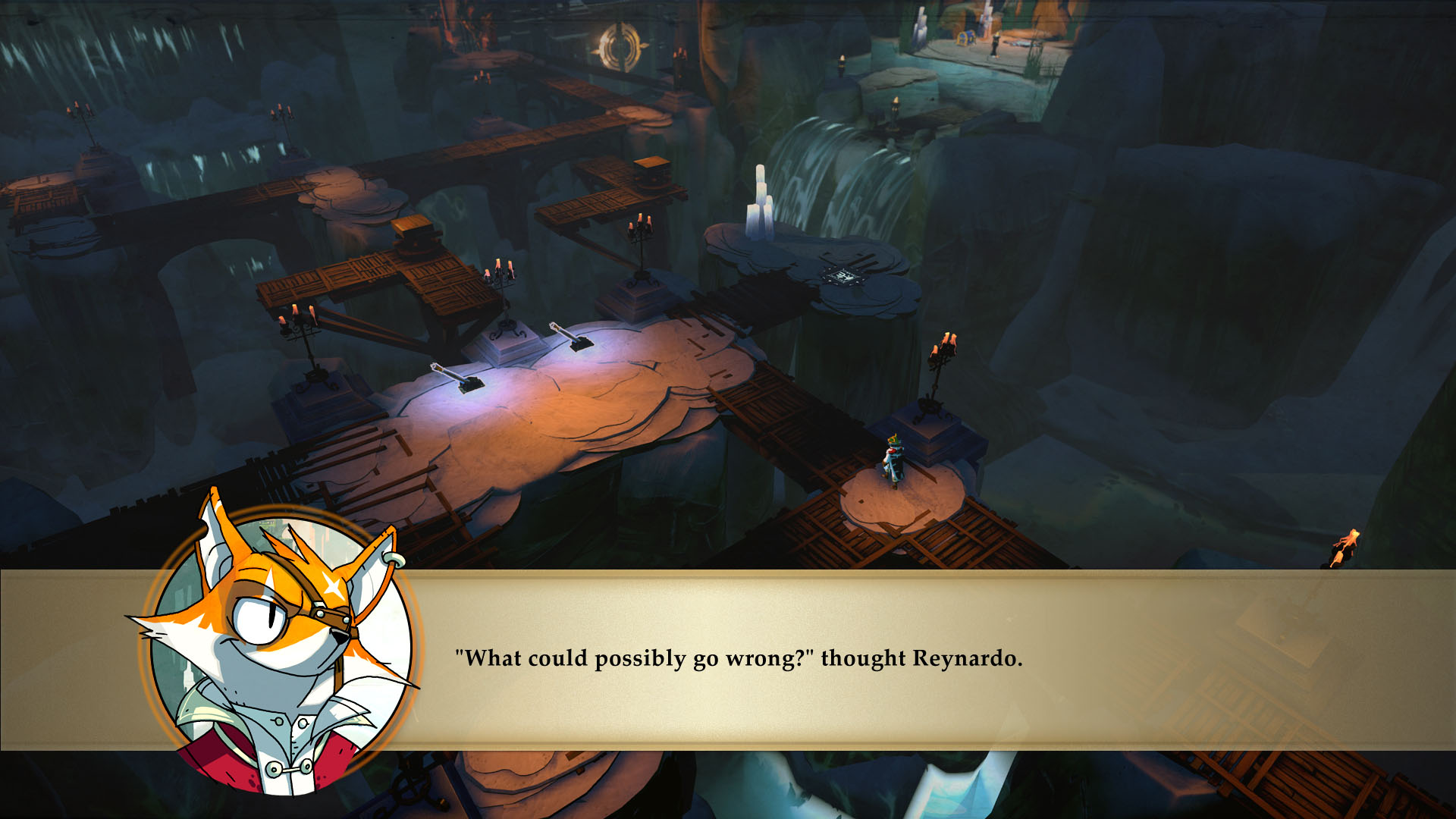 Gameplay is of the action RPG variety, with a fixed isometric camera giving you a decent overview of each bout. The combat system is relatively simplistic, with both attack & counter being applied to the same button. Grabbing enemies is also tied to the same button, with the other face buttons being used for other abilities once unlocked. Getting through bouts unscathed nets XP bonuses too, so keeping an eye out for countering markers helps. As you level up more abilities will open to you, just be sure to upgrade movement speed early as default speed is fairly slow. Exploring the levels is also a must, ore & materials are usually found in chests off the beaten path, which allows you to build/upgrade swords. Different element swords also unlock new routes, with bigger treasure chests usually housing gems that boosts stats & weapons.

Simplicity is always a double-edged sword, and so too it is here. Having so much of the combat assigned to one button means you tend to not use other abilities as much. For example, shielded enemies can either have their shield removed via the grapple hook or by throwing an enemy into them. Considering throwing an enemy is assigned to the same button as combat & countering, plus it dazes the enemy, you will find yourself using that more. Being attacked simultaneously by multiple enemies from multiple angles becomes an annoyance as well. The ability to slow down time when countering doesn’t always kick in, it isn’t a guaranteed save here either, with dashing away your only option – but it doesn’t always save you either. It’s a shame about these niggles really as once you’ve upgraded movement & attack speed, the combat can be quite fluid and fun at times. 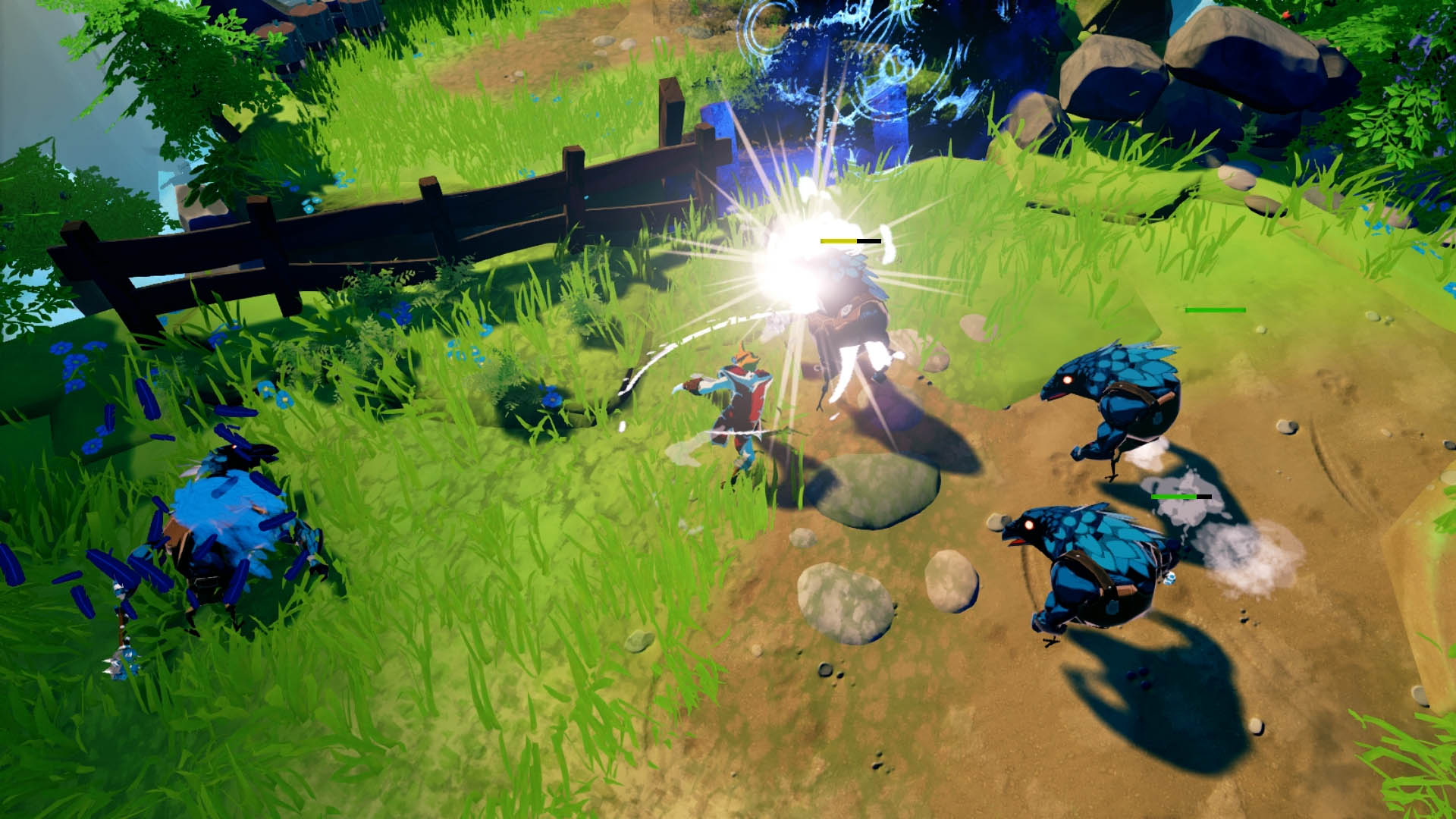 The game does feature some nice graphics. Running on Unreal engine 4, that shouldn’t really surprise – but there are times when it can be striking. Environments can be quite vivid and packed with a surprising amount of detail in the texturing, with grass etc being animated to help bring the areas to life. The numerous shading effects applied to the games surfaces also adds a little depth, with the crystals apparent in some levels benefitting the most from it. Characters & enemies are also well detailed, although lacking in variety & featuring a weird shading effect that makes them stand out a little too much in some areas. One area the game excels in spectacular fashion occasionally is in particle effects. The Emperors armada level is a particular highlight, with atmospheric effects like fog,rain & snow being of high standard as well.

There are technical shortcomings, with the framerate being a bit of an oddity. When it matters most during bouts, its relatively fine, but when traversing the areas there are noticeable drops in fluidity – no doubt due to the camera zooming out a fair distance and showing more of the detail than it should (or maybe not enough optimising? who knows) Another problem is glitches. Usually the odd one or two doesn’t bother me, but when your randomly getting stuck in the floor or falling through it a little too often it becomes an annoyance. Anything else? Not really. Loading times can be a little long sometimes but it’s no biggie. It is a shame the games overall presentation is marred by some technical shortcomings though, as they could be sorted in a post launch patch, but for now it is what it is.

There’s no doubting this game has a lot going for it, but it does come off as a bit of a mixed bag at time too. Nowhere is this more apparent than in the games technical aspect, which sees colourful & detailed graphics marred by a flakey framerate & bugs. The simplicity of the gameplay can also be seen as a double-edged sword, but the constantly evolving storyline & multiple paths will no doubt still keep you coming back for more.