Megatagmension is a spin off of the Hyperdimension Neptunia series, this time around the girls are fighting to save Gamicademi from closing, the game starts with Blanc fighting off some zombies, only to find out Neptune has decided to start a film club up with Rom and Ram, to make a movie that will save the school from closing.

Blanc then decides she will help out by writing a zombie movie and, as luck would have it, real zombies show up. The girls decide that filming while fighting the real zombies would add a great touch to the movie, so thats what they do. 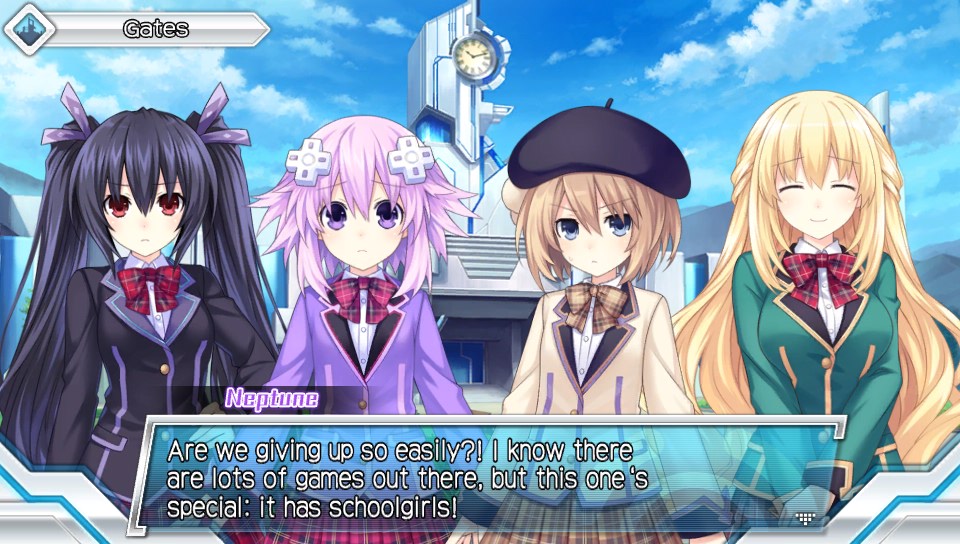 As you progress through the story, which splits between some moments of dialogue between characters and the characters acting to play out the movie they’re shooting more characters will join the club, which means they become playable. It has a few laughs along the way, but it also has a nice fluid feel to the story too, later on in the game it’s not just Blanc’s movie, they start developing that around what’s actually going on. 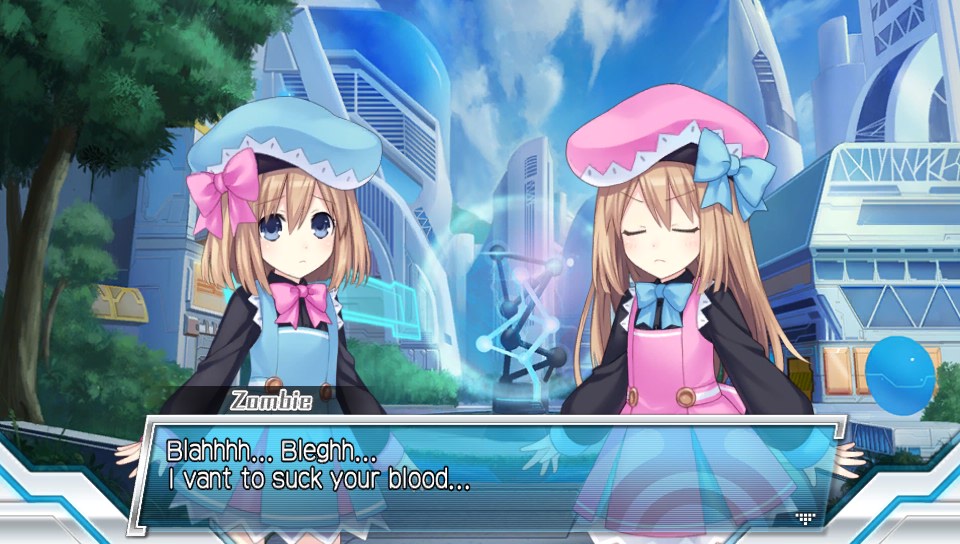 Sometimes, if you clear a certain act with a certain combination of characters, you’ll unlock a hidden cut scene for that act, or you’ll unlock a bonus cut scene called Backstage Chat, where you get to take a look at how the girls really feel about different things. The combinations required for all of these are hinted at in the gallery.

The gameplay this time around plays more like a Senran Kagura game, it’s not quite hack n slash, but it’s not quite a beat ’em up, it’s positioned somewhere in the middle. It runs pretty smooth and I never noticed it slow down at all during my playthrough. Each character has their own moveset, they’re different enough that they actually feel separate, but not so different that they feel they don’t belong either. This means it’s probably not a game where you’ll see a character you like and decide to just use them because they look good, you’ll end up choosing different characters and going for the one you feel most comfortable with. 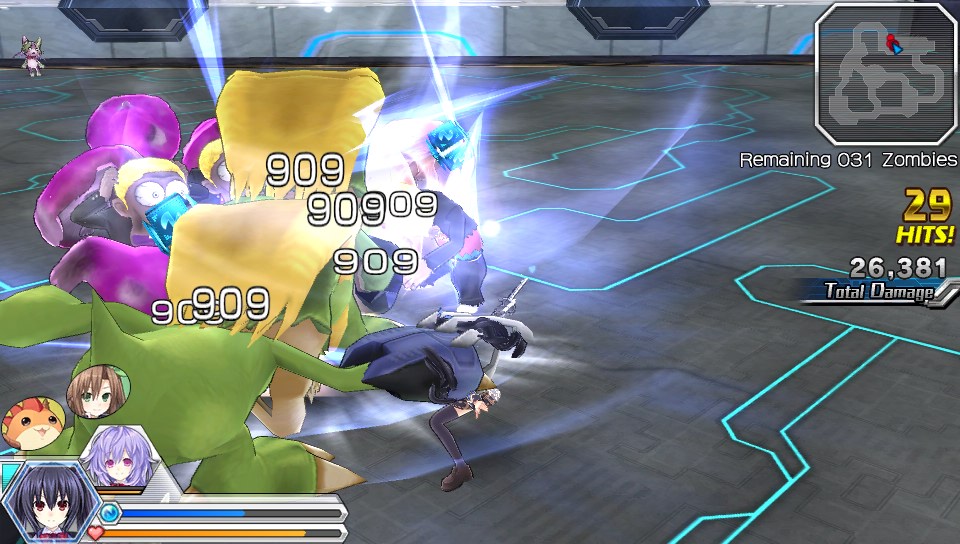 The main mechanics of the game work similar to a fighting game, as you attack enemies your EXE Drive (which is a blue bar in the lower left corner of the screen near your health) will grow, if you have above 30% you can perform a special attack, which is a strong attack that makes you invincible for it’s duration, or you can transform. If you transform your health will be restored and you become a little stronger, but your moveset also changes a little. 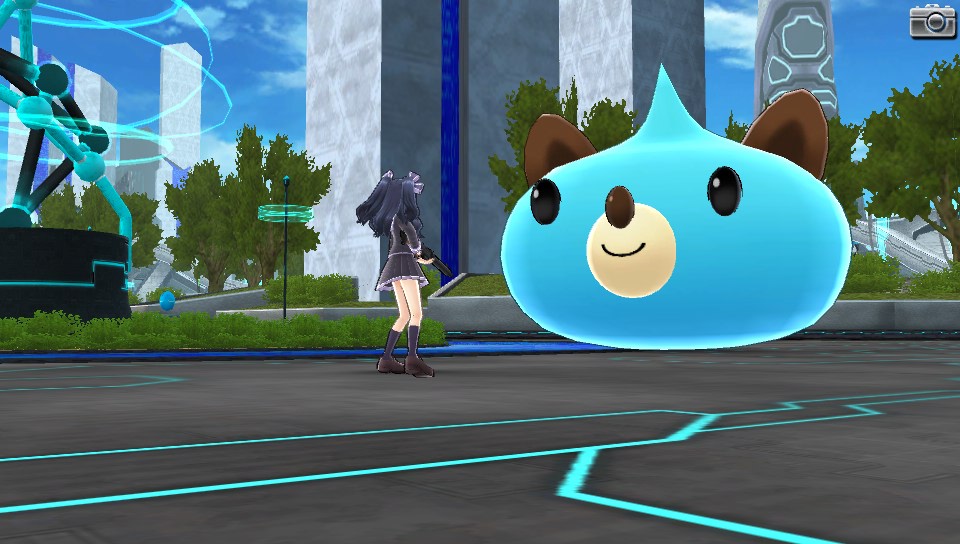 There are also companions, these don’t fight for you but they will buff your characters, for instance some will improve Pow by 15% or Def by 15%, but another one will do both. They only last a limited time though.

You can also tag between characters, if both characters have more than 30% EXE Drive, you can perform a tag special attack, which is slightly stronger than a normal special attack.

There is also a customization option, where you can change the look of your characters, you can choose to change hair colour, uniform, accessories (which you can buy from the shop), weapons (Again, from the shop) and parts (which work as kind of a stat enhancement). Each character’s transformation can also be customized. 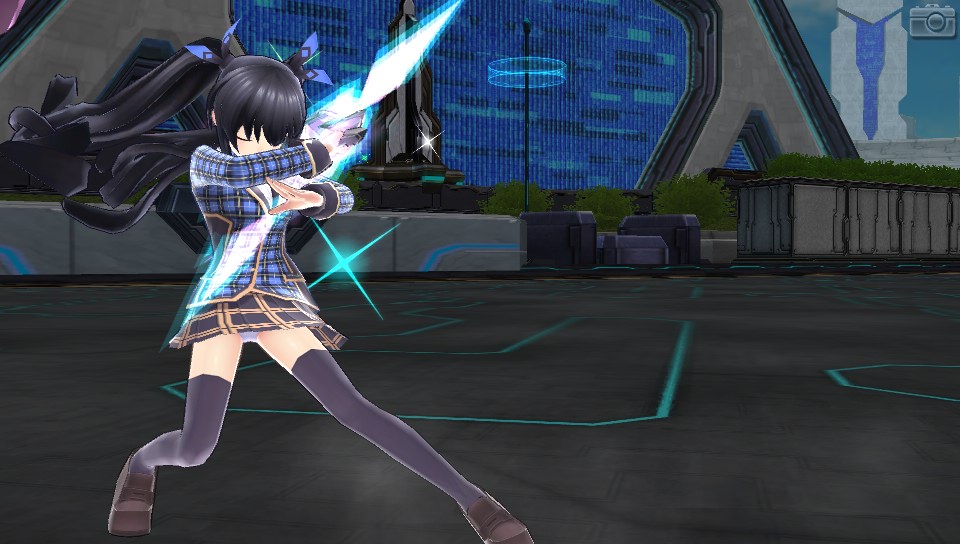 The game is split into missions, except to go with the movie feel, they’re split into Scenes, then those are split into smaller chunks called Acts. They’re not too hard once you get a feel for the game, but that doesn’t take away from the fun. As you level up, you have to go into the menu where you customize your character to distribute their AP among one of four stats, HP, Pow, Def and Tech. They’re all pretty self explanatory, HP improves your health, Pow improves power, Def improves Defense and Tech means you can combo longer. The characters also have a Lily Rank, which I haven’t seen any advantage of yet personally. 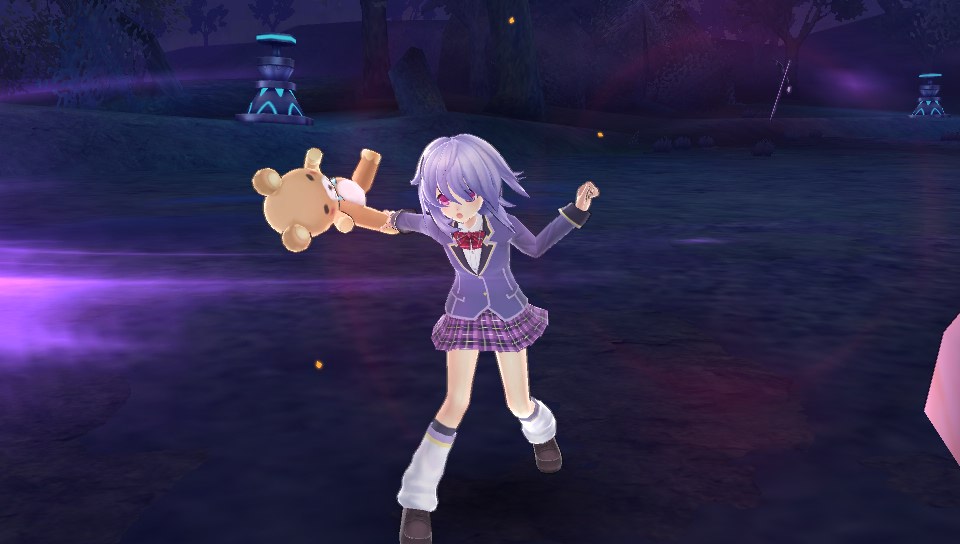 If you find the game is too easy for you, then you can always reset the stats, you stay at the same level and get all your AP back, but you’re pretty much reset to having no bonus power, you don’t get any bonuses for completing the later missions with lower stats as far as I’m aware, but if you like a challenge, then the option is always open.

One gripe I’ve seen with the series in the past is that you couldn’t revisit the cut scenes on one of the previous titles, this time around when you complete an act, the cut scene that goes with it is unlocked in the gallery, which also gives you hints on how to access hidden cut scenes, along with the soundtrack.

The soundtrack is pretty great, a lot of it is reused from previous titles, but there are a few new tracks too. Even the ones that are reused fit the scenery pretty well. There are even a few I found myself listening to while I was doing odd bits around the house. 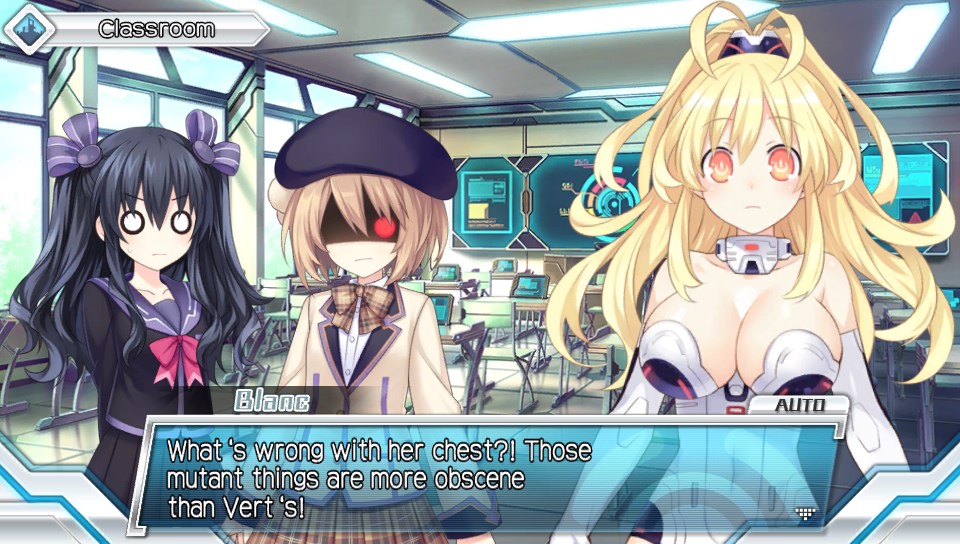 Honestly, I’ve loved every second of this game. To me, it’s a perfect example of how a handheld title should play, it’s split pretty well so you can pop it out and play it for a few minutes, but at the same time there’s nothing to put you off playing it for a few hours, it’s a title that you’ll come back to, you’ll keep replaying missions just to get that SSS ranking or find all the parts to unlock uniforms, or just parts to enhance characters, there is a load of replay value in this gem.