Dragon’s Crown originally released on the Playstation 3 and Vita, this wasn’t a quiet release due to certain character models and people’s reactions to them. Generally hailed as one of the strongest Scrolling Beat Em Ups/Action RPGs and a worth successor to Golden Axe, does it stand the test of time or is it just another cheap cash in?.

Having spent alot of time on the original versions of Dragon’s Crown and now this, I have taken the decision to include our original review below, the core game remains unchanged and this port offers minimal additions.

The extra content for the game includes the voice over DLC & a beautifully created orchestrated soundtrack, the original wasn’t a slouch and this one takes it to the next level. The game remains tonnes of fun with an engaging story and addictive gameplay, it’s a shame there isn’t a pure “Arcade Mode” or any extra characters or stages put into this version.

Dragon’s Crown Pro is crossplay and it also carries over it’s trophy list from the original version, it’s a harder sell for people who may have demolished the game but I honestly had forgotten how strong the title is and couldn’t be happier that I’ve had another chance to replay this classic gem.

Geoff on the Playstation 4 Pro Performance

“You may be forgiven for thinking that the Pro in Dragons Crown Pro would mean there will be something spectacular added for the Pro version, but that is not really the case. Sure we get a boost to native 4K, the games performance is locked down the same as on the standard console, but given the games artistic flair it does end up being a tad unspectacular. The game just lacks the fine detail to really make the most of the extra pixels, but at least the native resolution means the games visuals are free of artefacts etc due to a possible upscale. To be honest an HDR implementation would’ve benefited the games visuals much more for me, but at least we do get a native 4K.” 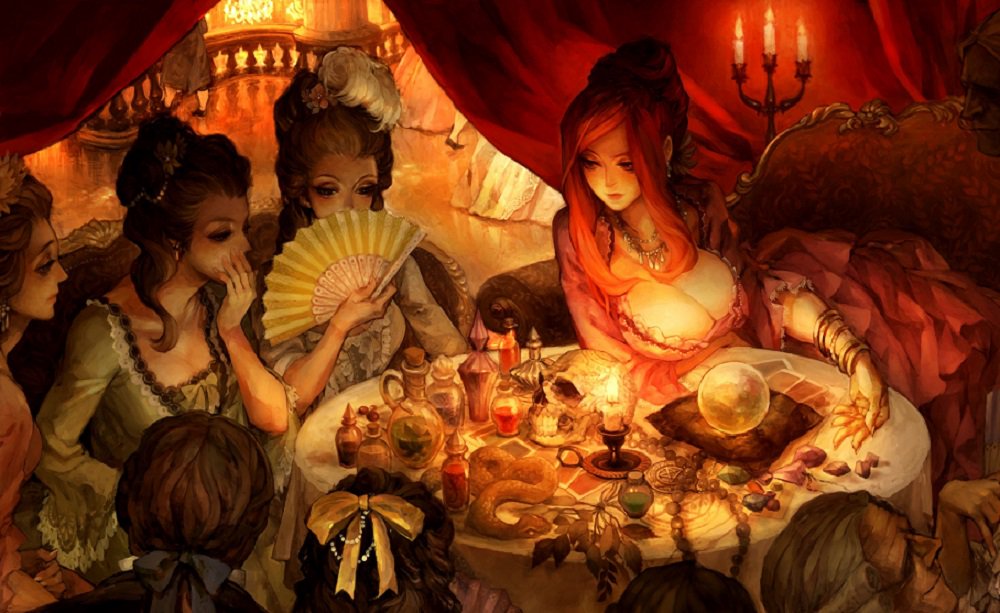 This visually stunning adventure sets itself in an unnamed fantasy world within the Kingdom of Hydelan. The story follows a group of adventurers as they embark on a quest to retrieve the legendary & mystical relic called The Dragons Crown. A mysterious coven of magic-users with influence in the highest levels of government seek the treasure and have used their sorcery to link together long forgotten ruins, dangerous labyrinths and many other forgotten areas together in order to search for it. There are 9 levels in total for you to hack & slash your way through. Wait, What? Only 9 levels!? While that does sound like a low number, there are multiple hidden areas and pathways in each level to ensure they are bigger than they first appear to be. In between quests & levels you’ll find yourself back in a town. Here there are multiple places to visit that serve different purposes. The Inn is probably the most important, allowing you to switch out your gear and set up your party for the quests ahead, while others like the guild give you quests (do these to unlock art) & the castle allows story quests to be taken up. After a few quests have been finished the town will fill out to include numerous extra places to visit ie Church (for resurrecting bones for party members) & A shop for repairing and procuring goods, to name just a couple more. To traverse the levels there is a fairly big roster of 6 different character classes (Warrior, Dwarf, Wizard, Elf, Amazon, Sorceress) to choose. Each class has its own strengths & weaknesses with its own style of play ie the Elf relies on long range combat via a bow (upgradeable) due to weakness at close quarters.

A unique upgradeable skill tree is apparent for each character too so you can further customise them to your play style, when creating a character to play as your are also able to choose clothes colour to differentiate yourself. Theres more than enough content on the character classes side of things to keep you grinding which is further added to by a robust Daiblo-esque loot system. There are also AI characters like Ranni the thief and later in the story Tiki the fairy, these two non-playable characters will guide you to hidden areas in the game and open locked chests and doors revealing loot and secret areas. These secret areas are also accessible once Ranni reaches a certain level (yes, they level up too) so you have to ensure you use him at every opportunity.

Now lets talk about one of the most talked about features, Co-op. No doubt you will be wanting to jump straight in with some friends! Sadly, that’s not possible straight off the bat. While it is somewhat understandable, the co-op is locked until you reach a certain point in the game (6-8 hours to unlock) Its understandable due to people then not being underpowered online, but it will no doubt infuriate some. Once unlocked, cross-play with Ps3 users is now possible with cross-save rounding off the games features. 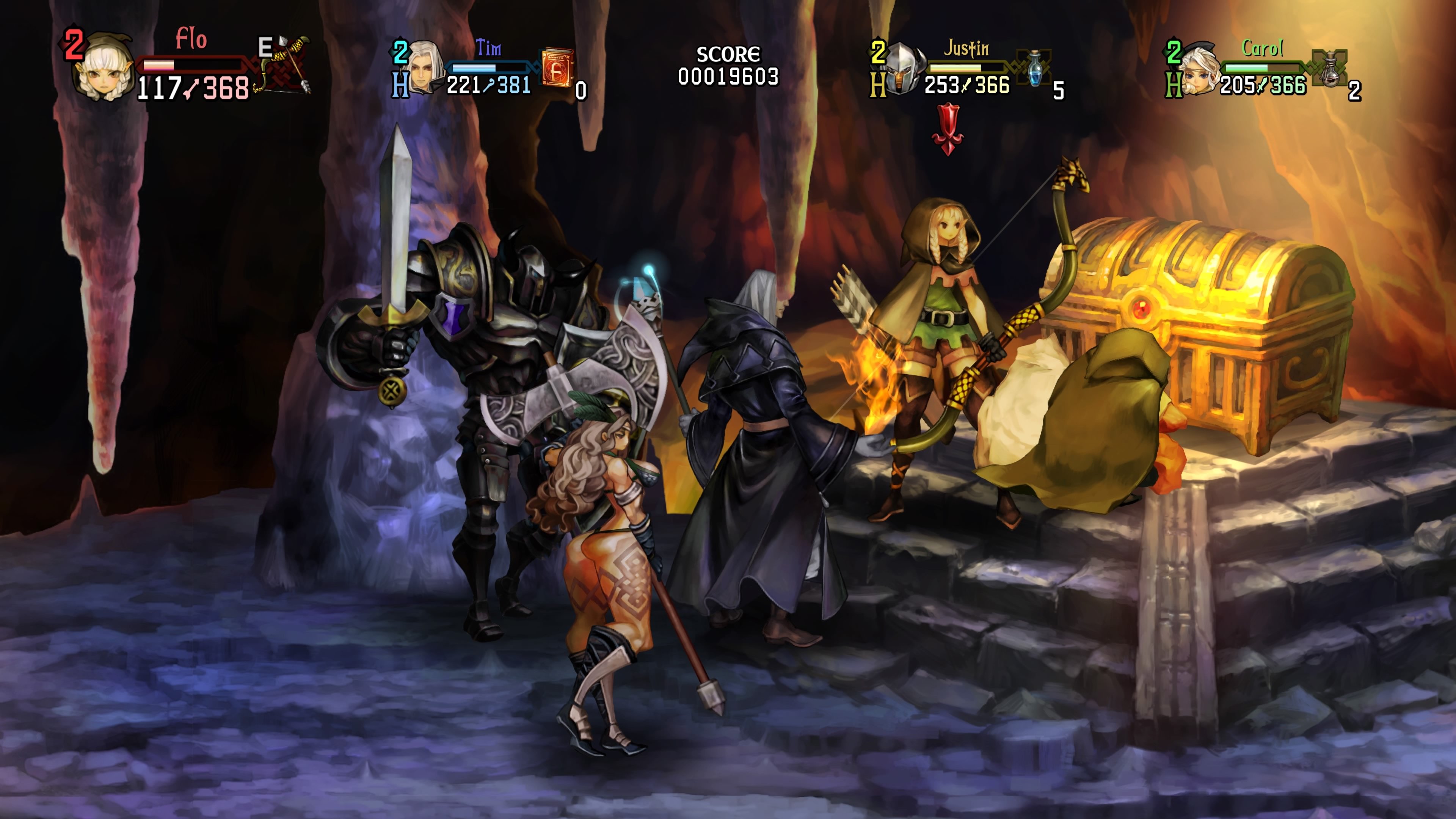 The gameplay is your typical Hack & Slash affair while also being married to a standard RPG levelling & loot system. Anyone familiar with games like Golden Axe will feel instantly nostalgic and right at home when they fire the game up for the first time. While each character has strengths and weaknesses bringing about a different way to play the game, the control method stays relatively the same. The controls are mapped out well on the Vita. The left stick (or you can switch to D-Pad) is used for movement, with the face buttons being used for attacking (Square/Circle) Jump (X) and Interacting with weapons & beasts (Triangle). Dodge is mapped to the ‘R’ trigger while the D-Pad is used to browse items and use them. The Vita’s touchpad is not used, but the touchscreen can be used to click on doors & chests that Ranni the thief will then open. The left stuck can be used to move a pointer that you click ‘L’ to choose instead, but why would anyone chose to use a clunky method compared to an intuitive one?

The main gameplay is structured like a traditional side-scrolling beat ’em up where players move their characters across the screen into the background or foreground while defeating the assailants that confront them from all angles. This works really well, adding to the nostalgic factor some will feel for those old-school titles. At times though it does become difficult to judge whether your on the same plane as the enemy your targeting, but for the most part this is a non issue and when it happens it isn’t a game killer. It must also be stated that the grind starts early on. At numerous points you will also have to go back and either re-do the previous level or complete a previous one before tackling the next. The end of level bosses that occur can be very powerful, especially if you are not at the recommended rank, so you need to make sure your aware of the rank specified in each level name. Ensuring you have enough equipment and the right sort of weapon from your procured loot is key to finishing the levels successfully.

Visually the game is stunning. While its artwork is somewhat contentious for other reviewers, this reviewer finds it both quirky & beautiful instead of excessive or adolescent. Yes, the Fighter has more armour than a Challenger tank, Dwarf more muscles than Arnie in his prime and the sorceress has probably the biggest & most jiggly knockers of all time. Excessive? No. I find its character designs refreshing due to the realism the industry keeps pushing for. This type of game seems made for the Vita’s OLED though with its superb art style. The image is always sharp, probably running at Vita’s native resolution, with some lush colours and shadows bringing the best out of the screen. When the fighting starts, the effects and body counts can create one hell of a hectic looking display. Enemy designs aren’t as quirky as the main cast, but they are still beautifully drawn.

During the moments of calm you’ll no doubt love exploring the few areas of the maps though to see as much of the games beautiful hand painted style as possible. There is the odd moment where the framerate stutters, usually only when the screen gets REALLY chaotic, but its still something to mention for the performance purists out there. The sound for the game is equally as good. While the sound effects are the norm, Voice acting is great and the inclusion of the Japanese voice audio will no doubt please some (like myself) as its usually omitted on titles like these. The standout aspect of the sound is without a doubt the music. At times it perfectly matches the hand drawn aesthetics of the visuals to create a beautiful experience. While there will no doubt be people out there who wont like a certain aspect of Dragons Crowns presentation, those that do will find one of the most uniquely presented games to grace the Vita. 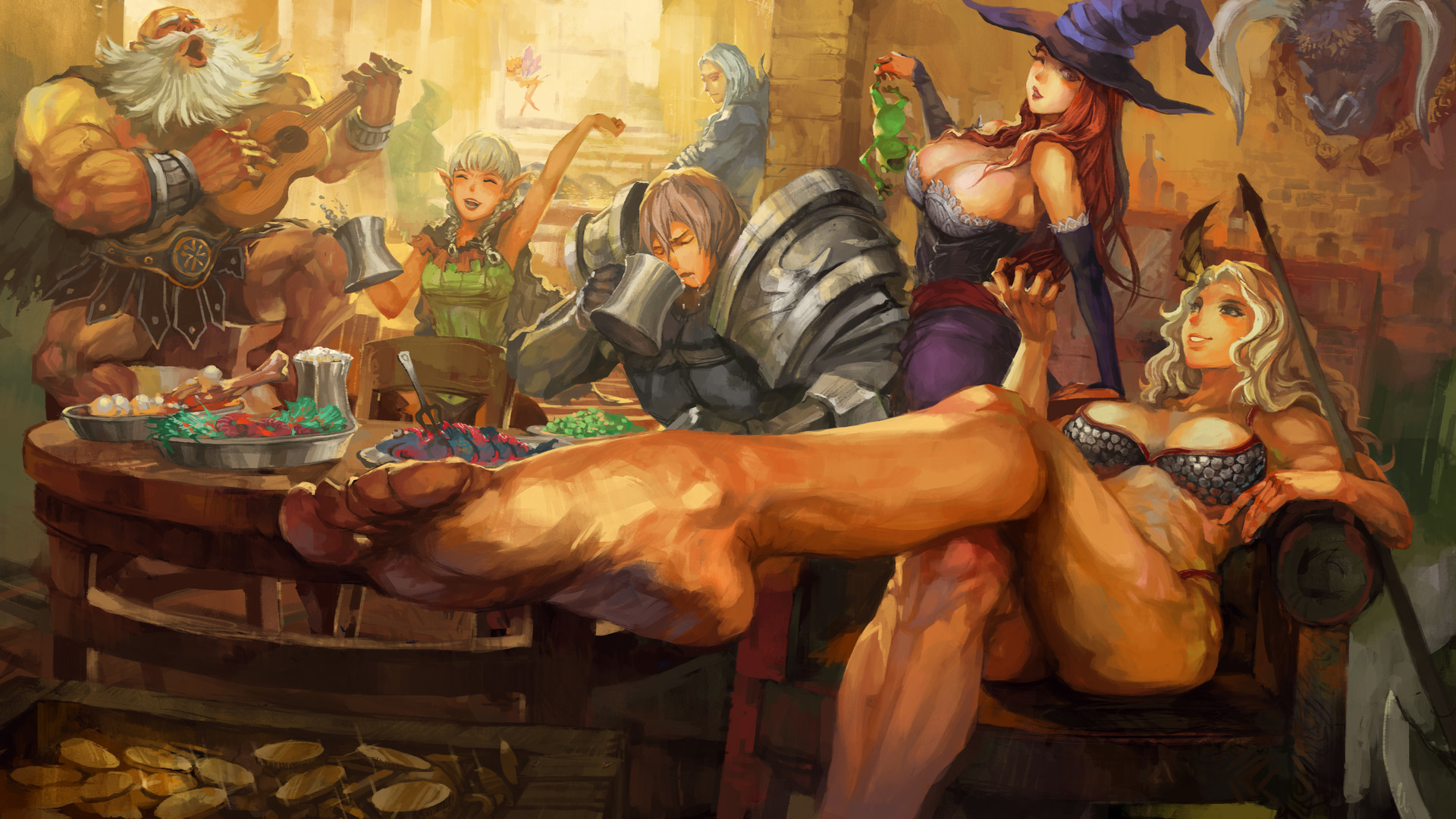 While at first the game appears to offer suprising RPG depth, you’ll come to realise that assumption was fleeting as your nostalgia dissipates and the repetitiveness from the grind sets in. Co-op is the games shining light though, reinforced by the latest cross-play patch, that will help alleviate this when coupled with the Vita’s party system. The visuals are majestic & the game seems a perfect fit for the Vita, but the game is also lacking in numerous areas like its level count & RPG elements (to name a couple) which could hurt its long term appeal. Dragons Crown does enough to warrant a recommendation though, with the Vita version being the one to go for it you have the option.
8/10