Severed sees you take control of a one armed warrior called Sasha who has to journey through a nightmare world with only a living sword to protect you from anything that it out to hurt you.  Your journey to your family will see travel through various dungeons and strange lands that are filled will equally strange creatures.

At the heart of Severed is a first person dungeon crawler.  You traverse through the labyrinths of each dungeon choosing whichever path you feel is the right.  Some will lead you to the end you desire whilst some lead to secrets or dead ends – some areas are not even accessible depending upon whether it is night or day!  Very much like Metroid, you will find yourself backtracking now again in order to move forward.  This combination of dungeon exploration with the idea of blocked of areas works very well and encourages exploring every nook & cranny before moving on to the next area. 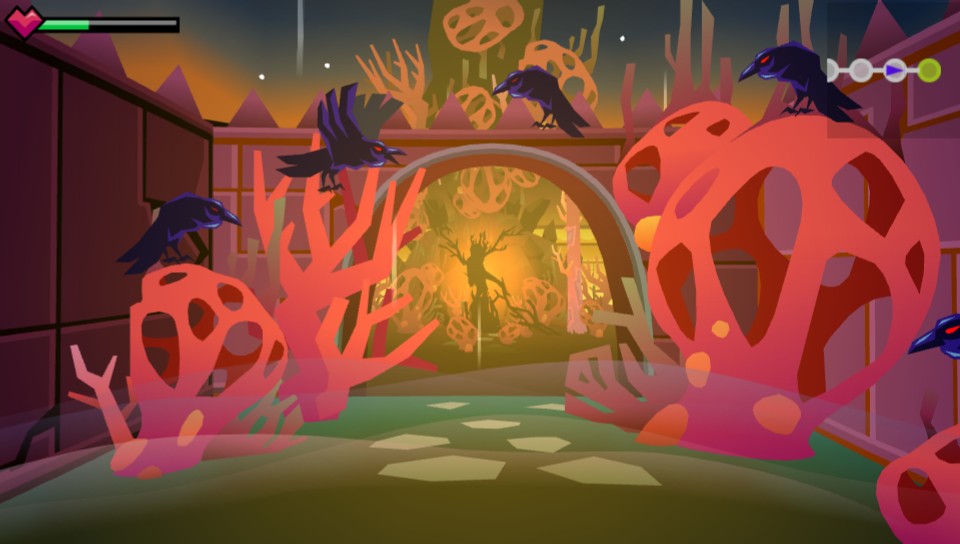 Even though the main mechanic of the game is to swipe to severe, it is not all about aimlessly swiping across your Vita’s touch screen without any tactile thought.  Every enemy has a weakness and a best way to defeat them.  Even early on this tactile way of fighting is forced upon you.  The first set of enemies show the ability to block attacks from all sides forcing you to learn to take your time when striking and learning to wait for the best opportunity to strike.  As enemies can block, you too can also block incoming attacks – upon facing an enemy, an icon appears at the bottom of your screen which slowly fills with a yellow circular bar.  When the bar fills the enemy will attack and if you time your strike right you will block the attack leaving the enemy open for a brief moment to unleash a counter attack.  The game rewards you for strikes without being blocked via a focus meter.  As you land hits you will slowly fill the Focus Meter, get blocked by an enemy and the meter will decrease.  Once the meter is full and you kill an enemy time will slow down giving you the opportunity to severe as many limbs as possible.  Once severed, the body parts can be picked up and used to upgrade yourself in areas such as health, speed and strength. 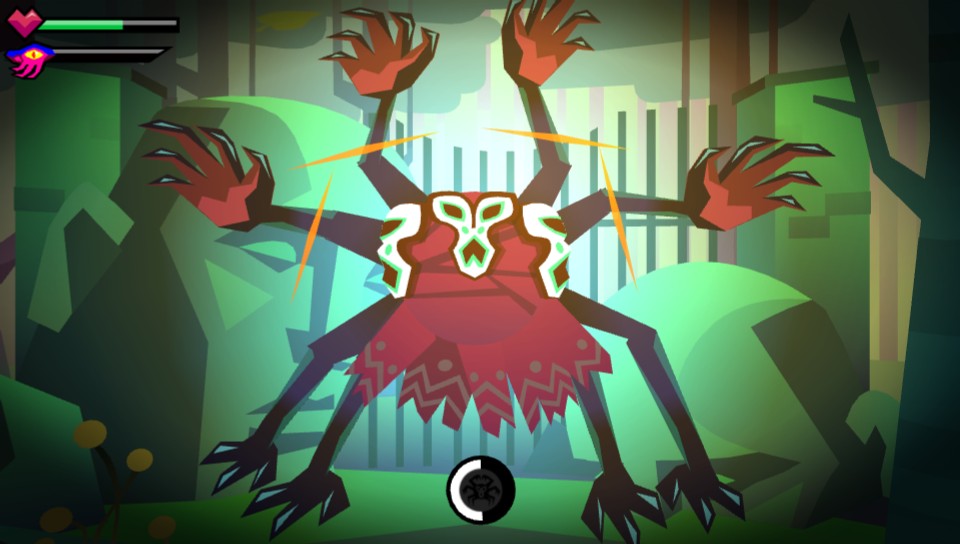 As mentioned, different enemies have different weakness but I failed to explain about the variety of different enemies you will encounter (sorry).  To make up for this I will give you a breakdown of the first few enemies I encountered early on in the game.  First off you will encounter standard looking monsters will multiple arms that can cover itself and swipe at you during its attack phase.  Very standard stuff but watch out as these ones like to block a lot and can cause issues if trying to fill your Focus meter quickly.  Second up are the weird fungus creatures that do not do much other than grow in size.  The only weakness for these guys is its single eye but the fungus that grows around it acts as a protection, so you must knock this down all the way before attacking the actual monster.  However though, the only spot you can actually hit to deal damage is the eye; if you hit the monster when it’s eye is shut it will be counted as a block, thus decreasing your Focus meter.  Again, like all creatures this one is all about timing but if you land a few good hits on the open eye you will kill this enemy type with no trouble at all.  Lastly are the floating circle enemies that can block your attack from any diagonal position depending upon where it moves its shields (they are opposite each other).  This enemy type is perfect for building up your Focus meter as you can land a lot of strikes before it moves it’s shield to a new position and it is pretty obvious when that is going to happen.  Not a real threat but a very useful enemy to encounter if facing multiple enemies at once. 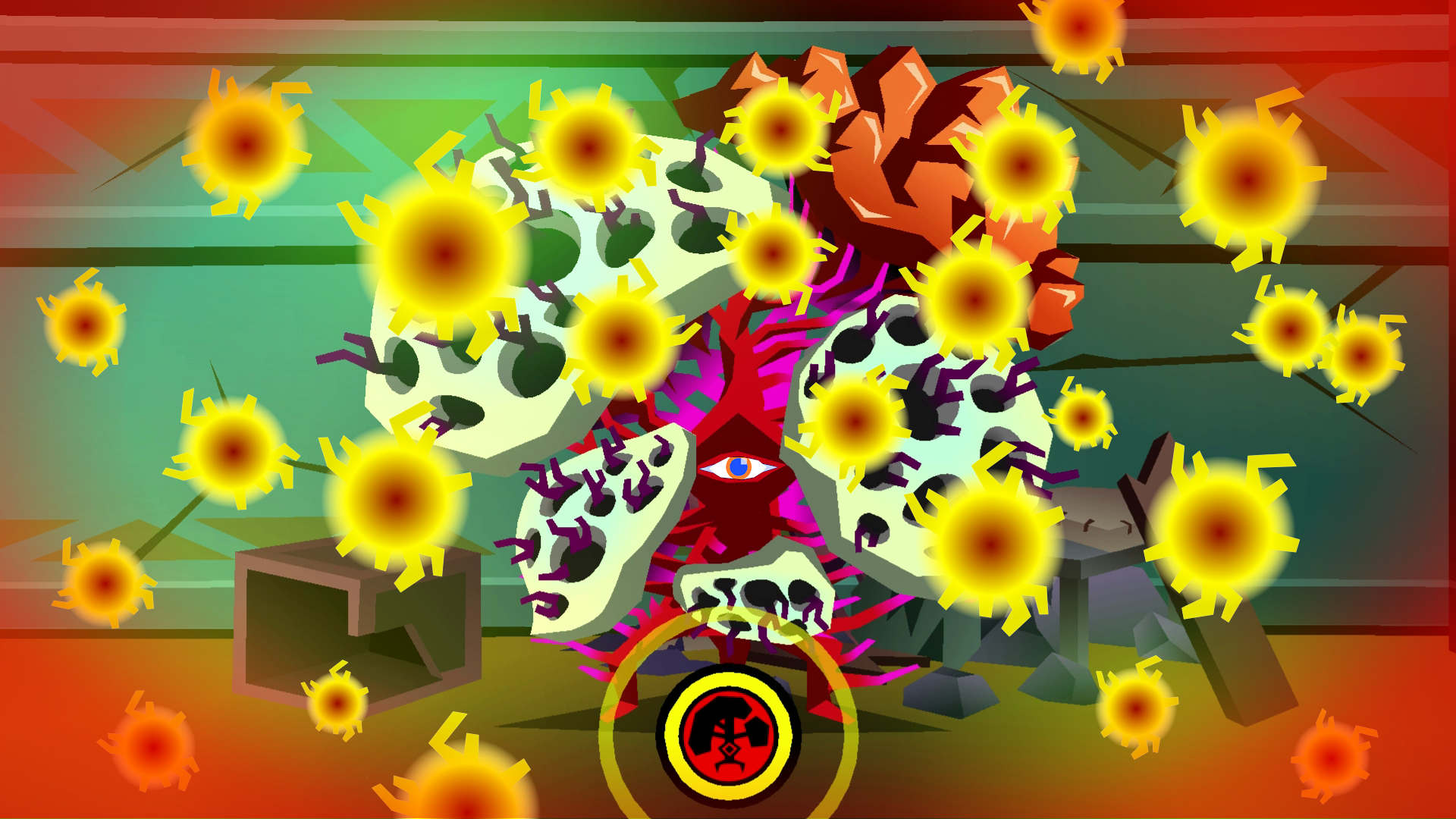 Multiple enemy encounters are very common too (in fact probably more common than single the further you progress through the dungeons) and can offer a real challenge that will make you think more about your approach to each enemy type.  Imagine being faced with the three examples above all at once – you can see all the monster’s icons on the screen at once and some of the attack meters fill up more quickly than others so working out which monster to defeat first is key to an efficient battle.  In most cases it is about chipping the health down slowly across all the enemies and timing your counters to land the final blows (plus multiple enemy encounters are a great chance to abuse the Focus meter for upgrades later on).

Even with this amount of variety I did find that the experience became a little stale after a while. Like mentioned before, there is some tactic to your strikes but once you learn the best way to play you will find yourself just going through the motion without really thinking about what you are doing. Yes things get changed up as you progress but they all suffer from this slight flaw eventually. 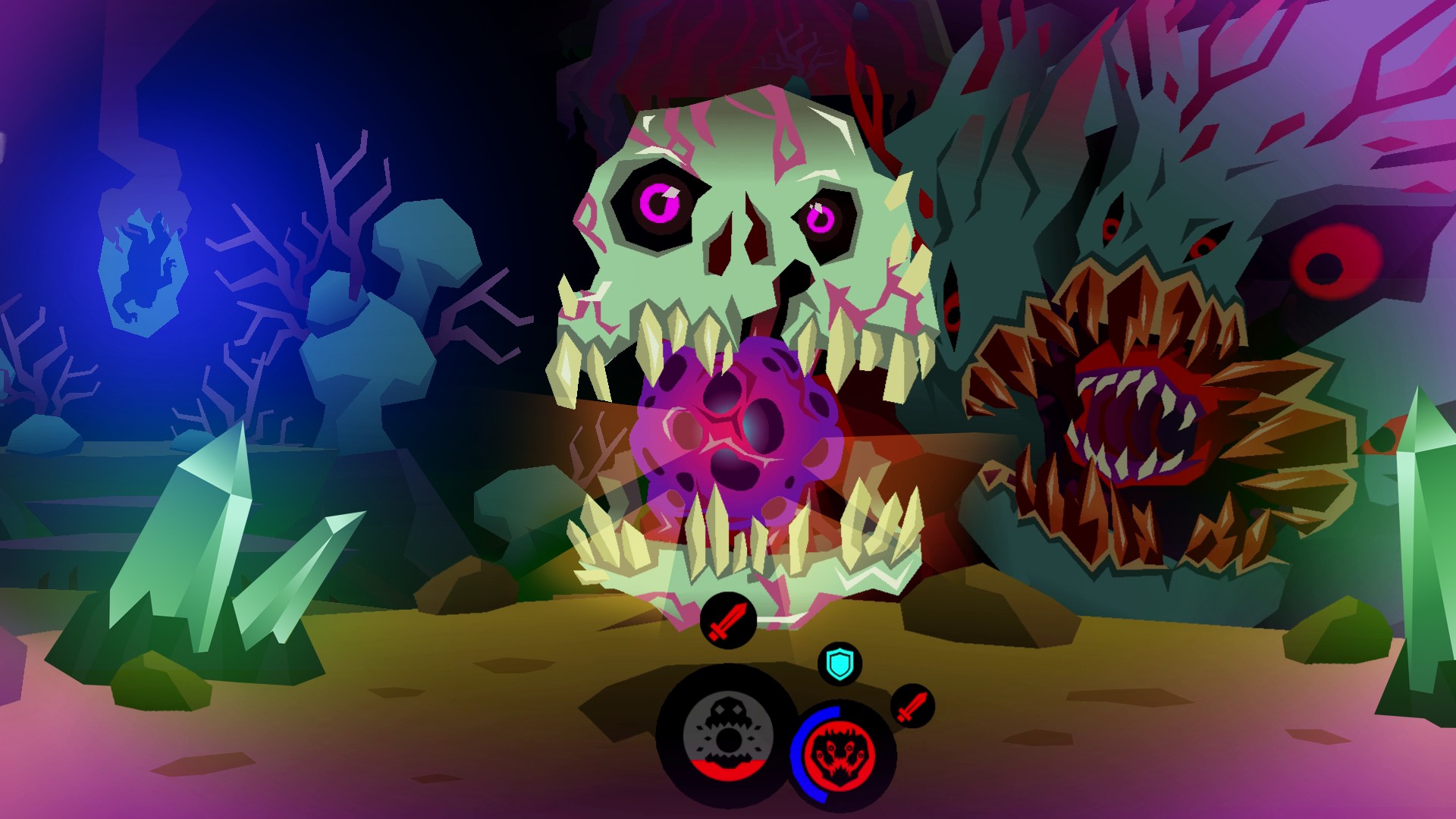 Severed is presented with a bold colour scheme that successfully portrays the tragic and nightmarish world that you have become part of.  Enemies may be bold with thick, cartoon style outlines but they are designed in away to bring a sense of fear whilst battling them – the designers have been very creative with the enemies that feature in Severed as they are far different from anything else I have encountered in other games.  Combined with the energetic original soundtrack from Yamantaka // Sonic Titan, the small team at DrinkBox Studios have done a great job at creating this very unique world.

Severed shows that unique experiences are still to be had on the Playstation Vita.  You could argue that it is just a finger slicing game but you could not be more wrong – Severed offers a mix of RPG elements, dungeon crawling exploration and tactical fighting that combine to create a one off experience that you can not find anywhere else. It suffers from repeatable gameplay at times but makes up for this with a beautifully crafted world and an interesting narrative.

For any gamers looking for something to bring life back to their dusty Vita, Severed is the way for forward.