Republique started off life as an IOS Kickstarter game before smashing it’s goals and eventually being ported to PS4 & X Box One. Published over here in our less than sunny isles by NIS it’s interesting to see them take a chance on something a little different than the usual Japanese Niche title, Did it pay off for our heroes or was hope all they had?. 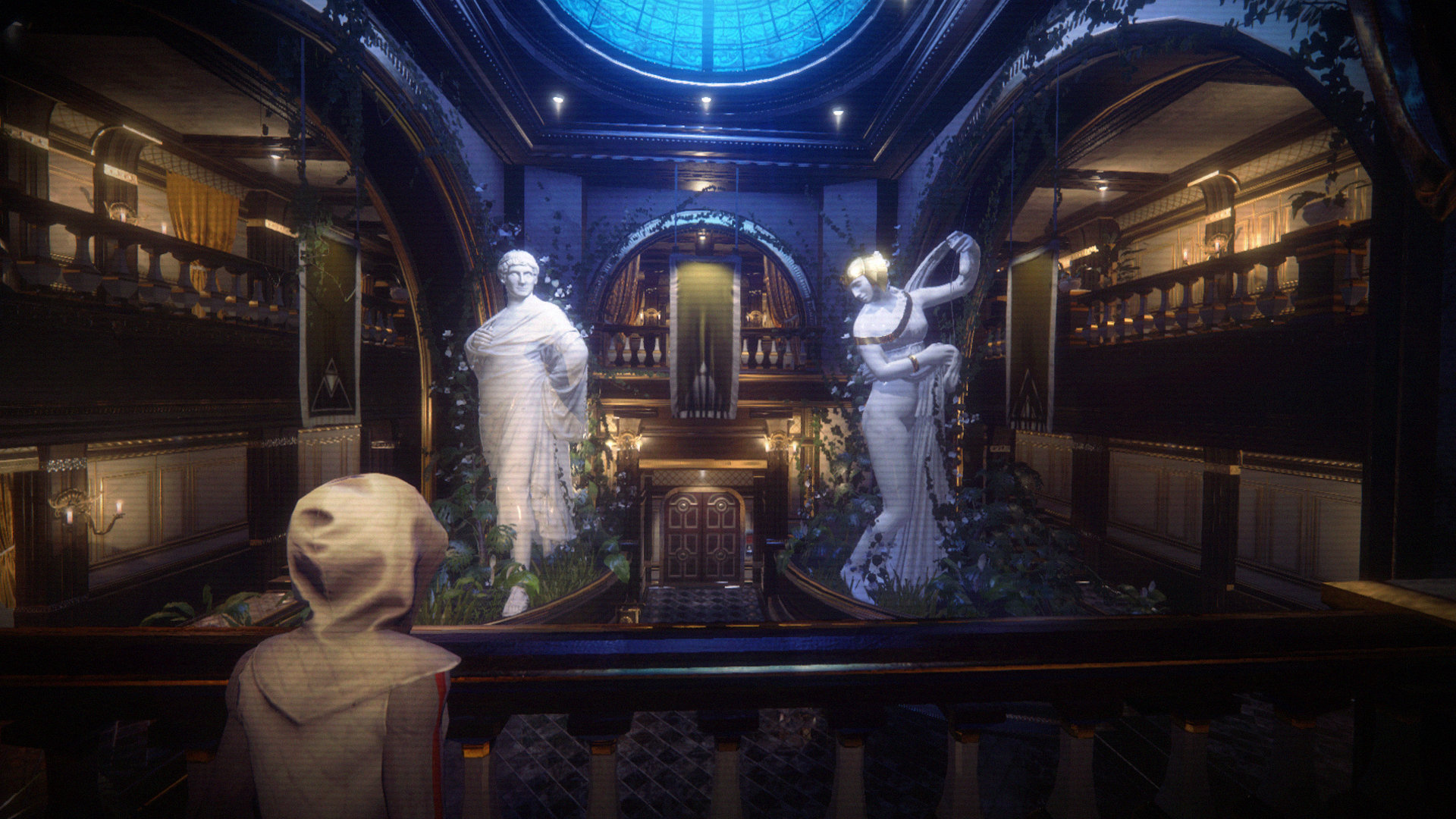 Republique is set in the far future in an unnamed totalitarian state inside an almost prison like facility called “Metamorphosis”. You are introduced to our heroine “Hope” within the first couple of seconds locked in her cell being interrogated for having some “tainted” literature. Hope may very well be the hero but she isn’t alone, she has the help of an outside Hacker who you should very well know…….YOU. That’s right you actually see the game through your own eyes using various cameras around the facility, it’s an interesting gimmick as you feel more responsible for Hope making you her eyes in the sky, you control both at the same time which results in fixed camera angles ala Resident Evil but also a slower pace of game. The above works because the game is first and foremost Stealth, you’ll guide Hope through the facility, avoiding detection and security traps, gathering intel and keeping our lady out of a scrap, see the kicker is even if she has access to Mace she doesn’t actually have any combat abilities. Your abilities are general hacker abilities such as camera hopping, door unlocking, guard distracting and so on, using the collective powers of yourself & Hope the task is to get Hope out of Metamorphosis and uncover the truth about these so called “Tainted” Textbooks.

The control in this game is a mixed bag & the main offender here is the fixed camera, anyone who’s played any classic Resident Evil will know exactly what’s coming. When your key aspect of the game is Stealth you really need smooth, responsive movement, in using fixed camera angles occasionally directional movement changes in respect of where the camera is situated, this can cause problems when tailing guards or retreating to avoid alarm. The fact the game stops when you go to hack or jump camera is a god send but does slow the already slow pace right down, also the icons tend to be quite large and often clutter the screen if you have a few options. Early on in the game you’ll meet another hacker who teaches you the ropes, offers some comedic relief and tasks you with finding his Video Game collection the other guards have stolen, these are some of the better written parts of the game and it’s well worth hunting them down to hear his comments on everything from Shovel Knight to Destiny. 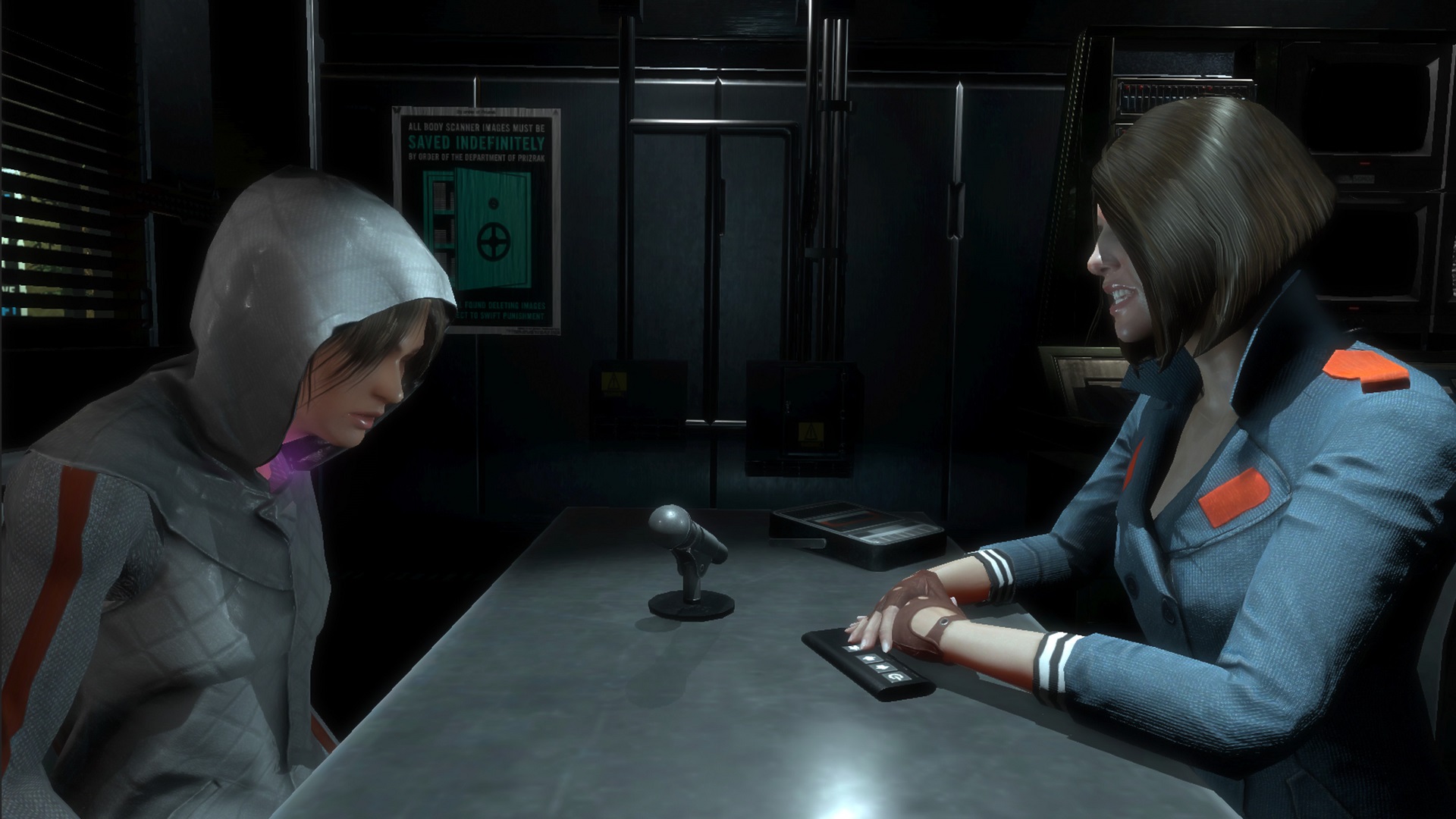 Graphically the game isn’t going to win anyways awards, with it being an IOS port it does look like it would of made it’s home on the previous gen hardware. The Cyberpunk dystopian art style serves the game well making the scenery seem very much like a facility you’d expect from a world inspired by 1984 & Animal Farm but it does drain on your senses very much towards the later chapters. The music does a brilliant job of setting the scene and the voice acting is superb but you’d expect that from famous voices such as Jennifer Hale & David “Solid Snake” Hayter, even the other Hacker who uses what seems to be Microsoft SAM (remember that kids!) will raise some laughs from you.

As interesting as the game starts out the cracks soon start to appear, the episodic format means that it’s in easy manageable chunks for players with smaller playtimes but it has that habit where the game picks up just before the end of the episode thus butchering the pacing. There are tonnes of collectibles to gather and info you can sell on the black market to further your hacker abilities and gather even more information about what exactly is going on, Hope herself doesn’t really get much in upgrades and spends the game hiding and controlling awkwardly through the 5 Episodes. The main narrative of the story is honestly all over the place and hard to follow but does come to one of the more satisfying crescendos in recent memory, the game doesn’t seem to want to punish much either, despite the facility wanting Hope dead and there are several posters saying how jail break is punishable by death if you do get caught you simply get taken back to the nearest checkpoint room where you can break out again. 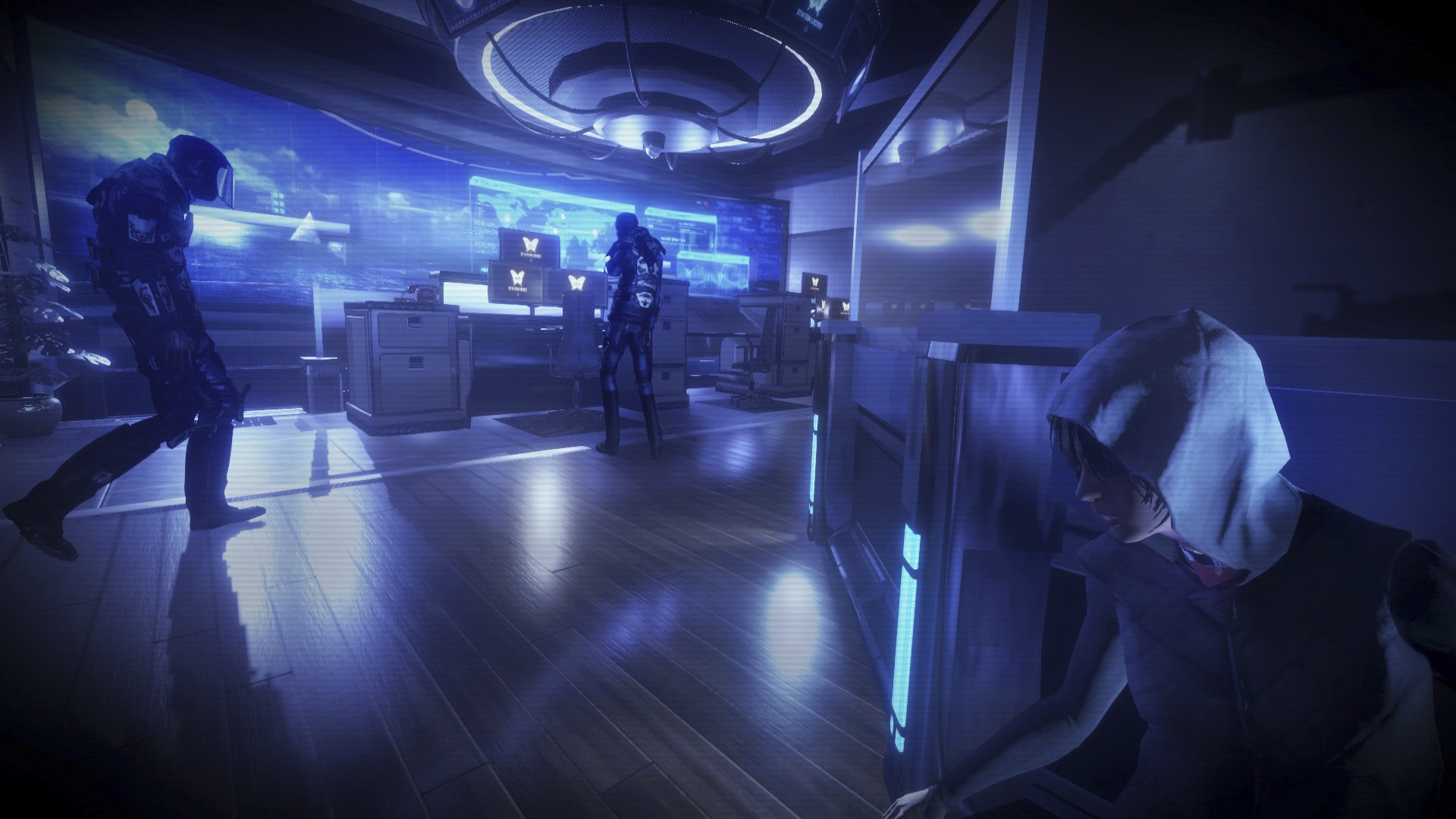 The game does take an interesting turn by Act 3 almost changing the genre to that of survival horror and the final act really seals the deal. Republique is a brilliant tale if not a little complex to follow at times, the limitations of it’s original format do come into play during the 5 episodes & if you detest backtracking then this really isn’t going to be a smooth ride, it’s rough around the edges but has such a sweet caramel center that helps you digest it. Mileage may vary depending on your interest in stealth games, but for me personally all I can say is Viva La Republique!