Way back when I used to be a huge fan of the Fighting Game genre, so much that I actually have a Garou tattoo on my arm, my all time favourite titles have to be Garou: Mark Of The Wolves, KoF 2002, Darkstalkers and Street Fighter III: Third Strike. As of a few years back I became a parent which meant I didn’t have time to wield my Arcade Stick anymore and put the focus into the genre that I used to, I did stick with Street Fighter IV till around the Arcade version & dabbled with BlazBlue and the latest Guilty Gear Xrd (which is outstanding) but lack of time, focus and general disinterest in the more complex of fighting games meant this once highly regarded genre was placed well and truly on the back burner. 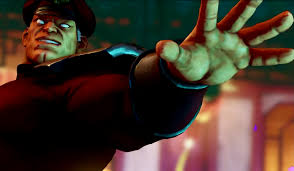 With the announcement of Mortal Kombat X & Street Fighter V my curiosity picked up somewhat, I’d enjoyed what I had played of Injustice so MK X seemed like a must buy, unfortunatly being it was riddled with advertisements for additional DLC from Day One meant it didn’t stay with me long. After missing the first couple of Beta dates for SF V I finally got some hands on time with the title last night and here are my impressions of it. 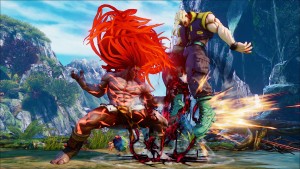 First off the game is deceptively beautiful and fluid, screens really do not do this game justice as a massive fan of the sprite work from SF III I can honestly say I was stunned when I saw the detail that had gone into the animation of the characters clothing, expressions and movement.  The stages aswell are full of life, quirkyness and even cameos from other characters as you are to expect from Street Fighter. The game moves at a smooth 60fps and I didn’t witness this drop once, even online which was surprising considering lag and the fact it was a Beta.

The Beta opened with a bare bones tutorial which is good for newcomers as it explains what the buttons do and the advantages of weak to strong attacks and the new V system. The V System is a new feature for this game and I’ll use Ryu as an example, during the match it’ll build up naturally or with Ryu if you press Med Kick & Punch at the same time you can nullify an attack damage ala SF III Parry. When the meter is full you can then press Strong Punch and Kick and activate Ryu’s power stance which means he hits ALOT harder but also gives them an Electric property which stuns the character a little longer than any normal attack would. 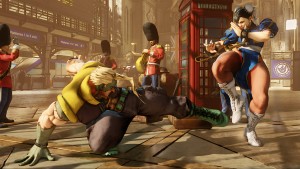 Ex attacks are back, these are stronger variations of the special moves I.E Hadoken, these use up some of your EX Meter which is built up from you attacking and performing moves during the match. These usually deal double the damage and have a few more hit frames and are generally more effective than the norm. Sounds like a good deal? only draw back is that it takes from the EX meter which when full allows you to unleash your characters most power attack the “Critical Art”, this move if used at the right time is usually the ending of any match or the best way to level the playing field if you are falling behind. The simplicity of this is something all fighters will attune to during their play time.

The obvious exclusions from people coming in from Street Fighter IV is that there is no longer Focus Attacks which is a shame as not only visually appealing but also quick effective if you knew when & where to deploy these High Risk attacks. The other major cut has been the lack of choice in Ultra/Critical arts, this could be something they look at later on as SF IV started only with 1 Ultra per character & went on to include more in the later up dates. 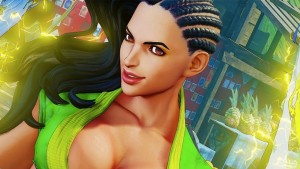 The roster is a nice mix of New and Old characters so newcomers and vets alike can delve into the roster with fresh eyes. Naturally the older cast such as Ryu, Ken, Dhalsim, Zangief & Zangief have all had additions to their movesets aswell as changes, the best example I can get is with Bison, he’s now alot slower than in previous games, lacking Psycho Driver and Teleporting around the stage but still has Skull Crusher and Knee Press Nightmare and another attack similar to his Alpha moveset. Dhalsim aswell has had an update and plays more like a character you trap with as his fire attacks now have a duration on the ground where they are effective and thus can be used to do double damage and box characters in. New characters include Nicalli & Laura and it also has some older more requested characters such as Birdie, Korin, R Mika & Nash (Charlie) who have all seen some tweaking since their respective games. One of the best examples of this is Nash who now rather than controlling like Guile plays alot closer to the Shoto characters (Ryu/Ken) and also has a tonne of new moves to really boost Nash into his own (also dat Zombie look). 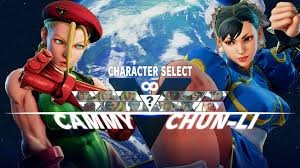 I’m looking forward to the full release of Street Fighter V after my brief hands on time, the new movesets, feel and roster have already started to relight my fire to fight and the full game looks only to further that. The inclusion of the Capcom Fighting Network where you are constantly connected to other players for battles, replays, stats and events should help boost the online community. The upcoming Story Mode in the style of Mortal Kombat X releasing as DLC in July, the characters released as DLC which you can purchasing using in game Fight Money means the community won’t be locked behind paywalls and all the upcoming tweaks and variants being free updates instead of totally new games mean Street Fighter V has everything to be THE fighting game of this generation.

Check back after the release on February 16th for more impressions & online community building.