The Playstation Now subscription model has been in full swing for a while now and since the beginning of the year has been updated monthly. The currently number of games on offer at the time of writing is over 180! This is an impressive amount of games and there are a lot of AAA titles in there. Obviously all 180 are not great games but there could be a few hidden gems in there that will be overlooked.  This is where the PS Now Russian Roulette comes into play. Once a week I will put one hour of play into a random title available on the service and deliver a verdict to suggest whether it is worth your time or not.  I will aim to avoid the larger, well known games to give the little guys a chance to shine. I will look at some of the larger titles when the time is right (Uncharted 4 is around the corner so looking back on the trilogy so far via PS Now is totally feasible). I digress, this week’s pick is a PS3 exclusive from Askys Games and Black Tower Studios that achieved a beautiful score of 1.5/5 on Metacritic. That’s right folks, it’s time for Magus! 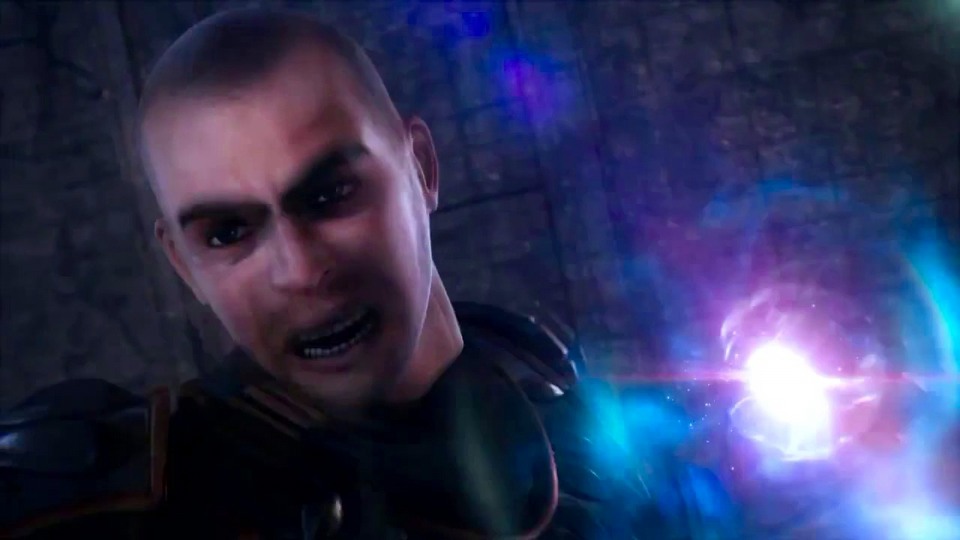 It was June 2014, the PS4 was 6 months old and we were just getting use to the “Next Generation”. We were introduced to stunning visuals, impressive frame rates and deeper elements of gameplay. Things were looking great for the world of gaming as this generation was fast approaching its first big fall release window.  Askys and Black Tower had other ideas though.  They released a game that has PS2 graphics, unimaginative gameplay and some of the worst dialogue I have ever experienced. They released Magus.  It can’t be that bad I hear some of you say. Well let me show you what I mean; the first image is from Infamous Second (released March 2014) and the second is Magus (released June 2914). Yes I know one was developed by a multi million pound studio and the other not but there are a lot of indie games about at the moment (and at the time of release) that have more polish. 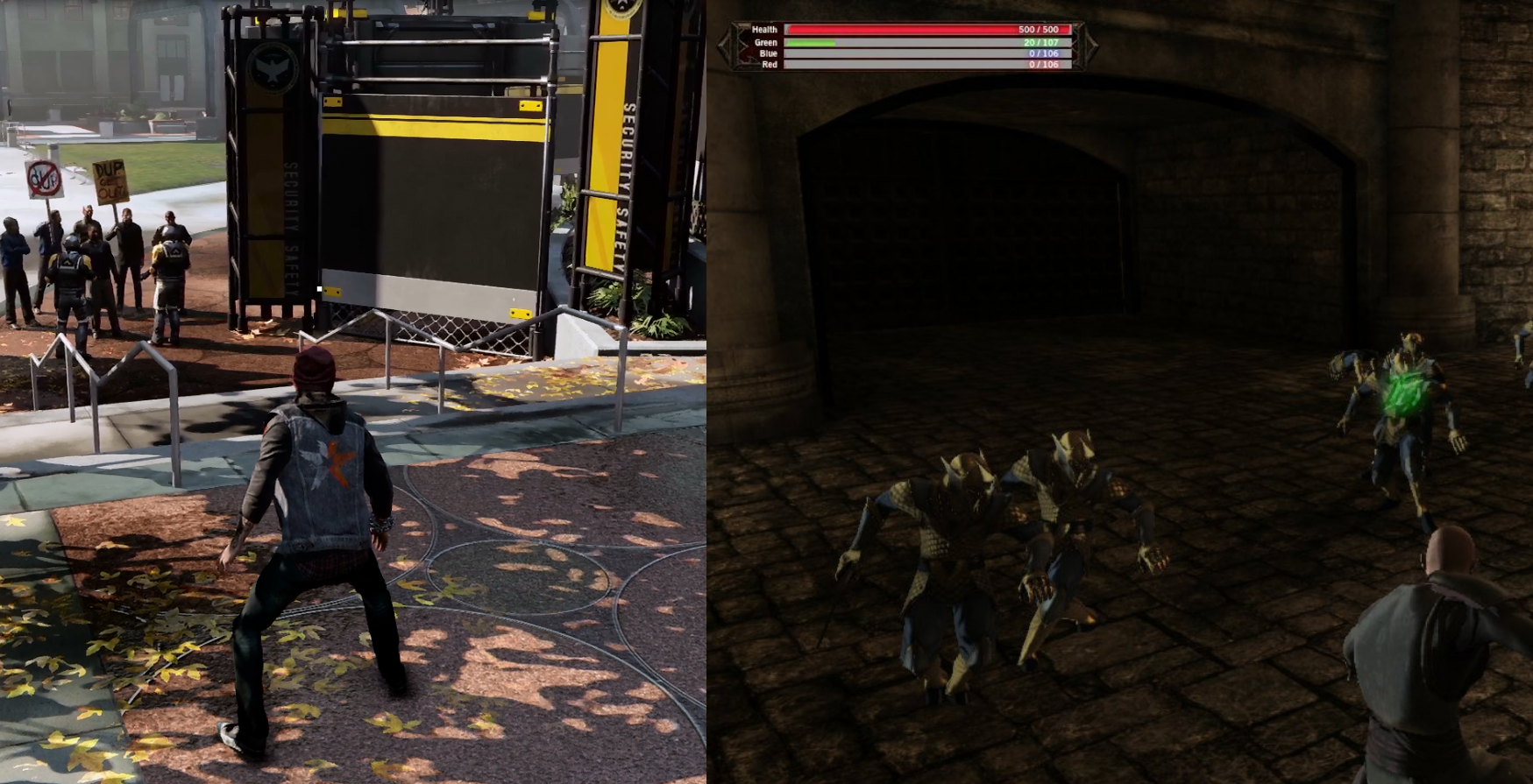 However though, we must never judge a book by its cover.  Let’s give Magus an hour of our time.

First up, let’s discuss what the hell is going on. I tried to sum it up for you but I think the official synopsis tells it better;

In a world of fire and water, an unfathomable power waits. Magus has been imprisoned in a tower in the Waterfall Kingdom and tortured for years. His crime is unknown; his history is a mystery. He remains locked up, powerless, until a new prisoner named Kinna arrives and she aids him in his escape. So begins their journey to discover Magus’s true abilities—chroma magic, his innate talent to absorb power from the colors green, red, and purple in the surrounding environment to unleash deadly attacks. Along the way they must face the wrath of the Waterfall Kingdom and battle them to uncover Magus’s ultimate purpose. Why has this mysterious woman decided to help him? And why now, after all this time?

Sounds epic right? On paper this sounds like it could be an epic adventure but it turns out to be just terrible. What does not help is the poorly written dialogue and equally bad voice acting.  I think I listen to the first few sections of speech and then I just skipped everything else – I honestly do not know if I missed anything by doing this!  I feel that they may not have had a person hired specifically to write the story; if anything it feels like a lot of terrible ideas were just stitched together into one not so epic tale!  I did actually put a little more time (3hrs) into Magus to complete it and it really does not get any better.

Story is not everything though. I do like a game with a good story but if the gameplay turns out to be half decent I will find myself having a good time. Surprisingly, this is true for Magus.  It labels itself as a third person action RPG. I feel that the genre RPG just gets thrown around onto games that have a basic upgrade system. For Magus though, even though there is an upgrade system, I find it hard to understand why it is called an RPG.  You traverse between one of 5 bland worlds, defeating enemies by firing one of three coloured magic spells out of your hand. The different colours have no different effect on the enemy types other than which “special” spell you can use from your upgrade tree. For example, on the blue tree there is a spell that makes you run faster.  I cannot talk about any other spells as they game was that easy to play, I did not require any upgrades. Enemies will come at you in waves and if you spam the fire button in the general area of attack, you will have no issues clearing through them. Also you partner, Kinna, assists you in battle by taking most of the damage from the enemies – it is quite fun to watch.  As simples as it sounds, I found myself having a real good time playing it.  It was great fun running through the worlds just destroying waves upon waves of enemies. There is a trophy for killing 1000 enemies and that took just under 2hrs to do!  I just found myself lost in the simple gameplay – it took me back to simpler times when gaming was just about seeing how many enemies you can defeat. 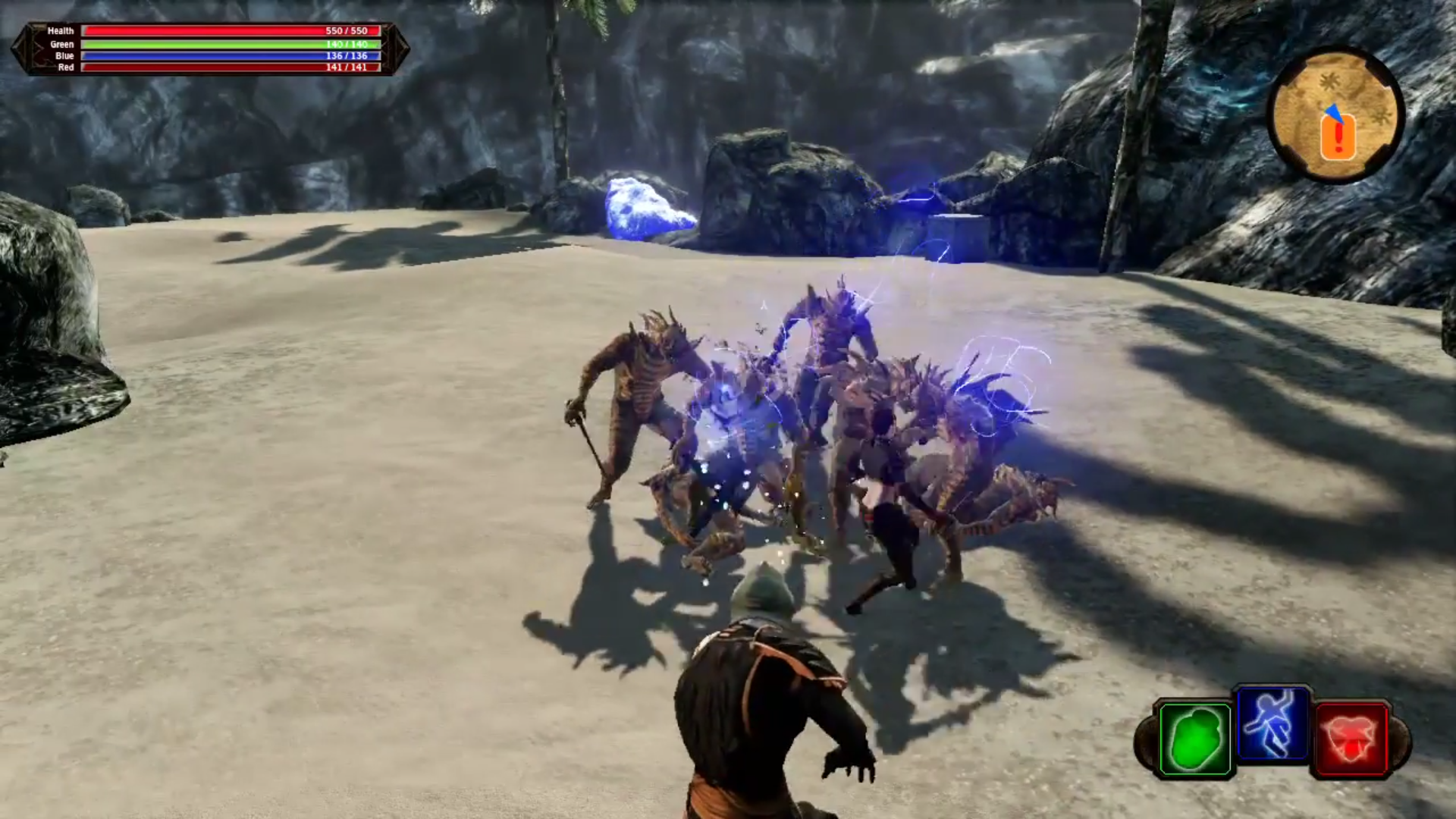 So overall, Magus is a mess but it is a lot of fun to play. It feels like the developers had a lot good ideas for Magus but they were executed in all the wrong ways.  So the final question is this – is it worth your time? Yes, Magus is worth the time.  You can easily complete it in 3 hrs (with an achievable platinum at about 4hrs) and is a perfect game to fill the time whilst you wait for your next big game. Personally, I recommend you use your 7 day trial to give this one a go – it is a game that needs to be experienced!

I hope you enjoyed reading this new feature and if you like it please share it and tune in next week for the next round of PSNow Russian Roulette. I feel like playing Poker next week….