Hook is a minimal, relaxing puzzle game. This is the description that currently sits on the Google Play Store. It’s a strange one to look at because if you have a quick look around on other apps available the descriptions are full of over the tops statements and lists of features that the app offers. The Play store is full of thousands of games all trying to get your attention so when you see that a developer has chosen to go with a seven word description you either know that they are utter crazy or they have something on offer that is truly special.
First of all this game cost me 50p and the best thing – no in app purchases! An added bonus is that it does not request for any permissions of your mobile device. Hook is as barebones as it gets – there is no menu, it consists of two colours (white and grey) & manages to create an unique puzzling experience. 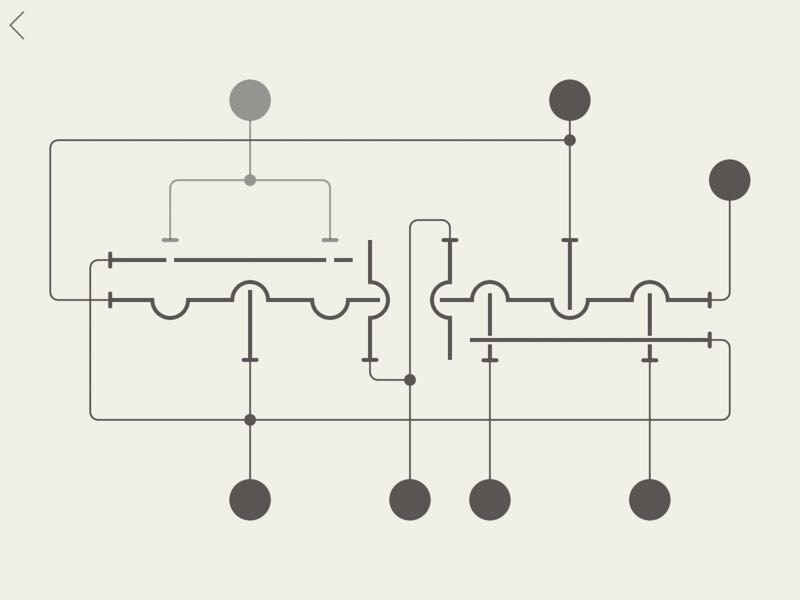 The goal of Hook is simple. You basically press a button to retract a line. It sounds very simple and it is at first but like many puzzle games it gets harder as you move along. At first you are presented with a simple one button connected directly to one line. You press it, the line retracts and you win! Well done you! The next few levels introduce multiple buttons and lines that interlace with each other – this is where it gets a little difficult as you have to plan on which lines to remove before clearing others. All in all it is very straightforward as all the lines are clearly separated with their own buttons controlling them. It’s when you get to the levels with the maze like connections with rotating joints that connect one button to many separate lines that you will start to feel your brain hurt. Do not fear though, as you begin to get use to the new mechanics Hook lays out before you it will through a few more into the mix such as wireless transmission- trust me, they are a blast! 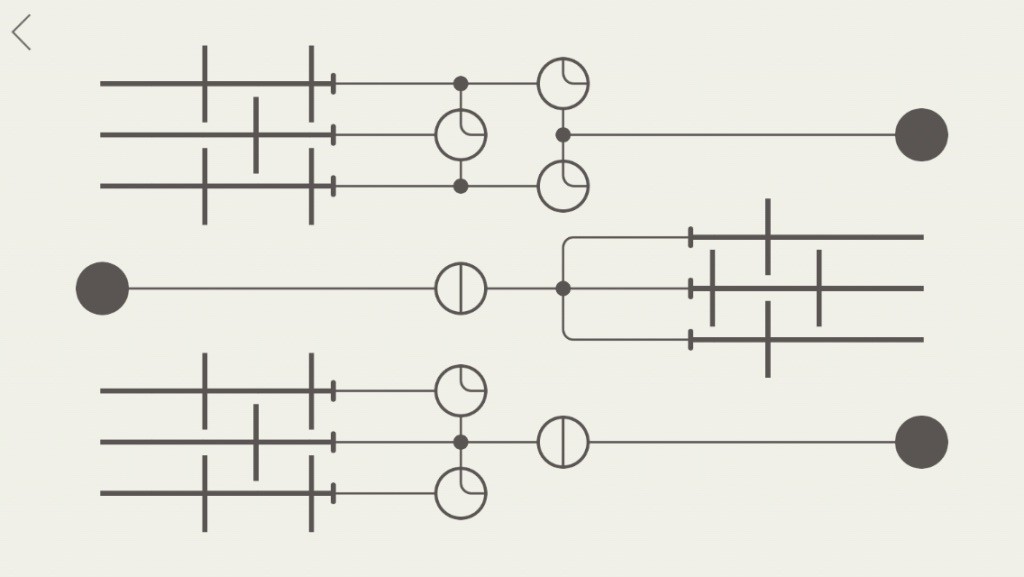 I cannot really say much more about Hook other than it is an unique experience that puzzle fans must try. It looks great with its monotone circuit board designs and unlike other puzzle games on the market it does not put any pressure on the player to complete it in a certain amount of time with a high score. Hook is exactly what it describes itself as; a minimal, relaxing puzzle game that I will be lost in until I find the end.