The Legend of Heroes: Trails of Cold Steel or simply Cold Steel as it will be going forward, is a Playstaton 3 and Vita title released back in September 2013 from the developers at Nihon Falcom as part of their Legend of Heroes series. The title is set for release in the EU with NIS America publishing it this month, Cold Steel 2 had also been released in Japan in September 2014 for PS3 and PS Vita and a 3rd has been confirmed for release in December of last year though no European release has been set but XSEED have stated they would be releasing the first two titles.

Cold steel is set in the in the Erebonian Empire a land steeped in history and tradition with a deep routed class system of nobles and commoners. The title focuses around a young man by the name of Rean Schwarzer and his classmates at the illustrious Thors Military academy, a school for those of the nobility and common class to receive instruction on the art of war divided into five classes, classes 1 and 2 making up the nobility and 3 through 5 been comprised of the common class until this year when a new class is formed.

The newly formed class VII (there is no class 6) is comprised of both noble and common class students leading to much confusion and even some high tensions when it is first revealed to the handful of students that will be making its ranks.

The initial reason given to the classes formation is their aptitude with the ARCUS units a battle orbment with a unique ability over previous models.

Over the course of the game all of this will develop much deeper and include many twists to form a complex story regarding the political climate and history inside the empire and beyond with character development that along side their individual personality’s makes each of the characters there own.

Cold Steel is heavily reliant on text to put across all of the many aspects of the story and more, over the course of the game you will be spending a good chunk of your play time reading this and that is without the optional side quests and character development, fortunately its not bad in its writing for the most part and in my experience improves over the course of the game, as the plot points come to light though the main story and main cast are where this shines truest but it can quickly feel like your spending a lot more time reading than exploring or battling. 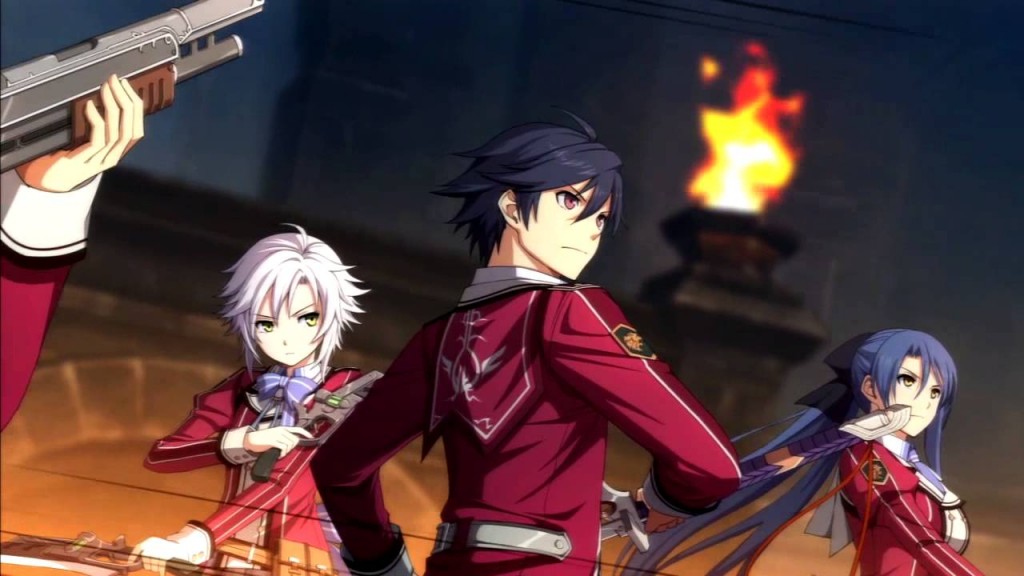 There is some voice acting though this again seems to be mostly in regards to main story though seems to match up well with the characters backgrounds and personalities.

Game play follows a distinct pattern of each month consisting of Free day > explore the school house > exam > and field study this will be the general trend throughout each of the 6 months you will be playing.

Free day- Is your day off at least from school instead you will use this time to complete tasks given to the student council and for the most part are quite simple tasks though range from tutoring to finding lost items or even helping out the engineering department with their“tests”.

Practical exam – This exam takes place once a month and the requirements are as simple as winning a battle and ends with the class been dived up into two groups and given a location for their next field study.

Field study- This is where the bulk of the game play and story development happens. Each month you are given a location in or around the empire to travel to, while there a representative will issue tasks similar to those that you complete in your day off to be accomplished within the area. The idea behind these studies is to give the class a look at the world they may one day be defending and how the tensions within effect the regions, people and the classes.

These studies take between 2 and 3 days and see you in a number of different locals from large city’s to the vast highlands and tend to end in a interesting plot reveal. Sadly you travel to locations of your field studies by train and when you do arrive other than the town/city you are in the areas you can explore such as the highways or a mine are a hand full of relatively small areas that can be travelled start to end and back in a few minuets (avoiding battles) just leaves this vast empire feeling small.

The one exception to this and where I thought the game was going to really open up is when arriving in the highlands, the maps are so much bigger and teeming with monsters, you get a horse to ride around around on however this does not last. 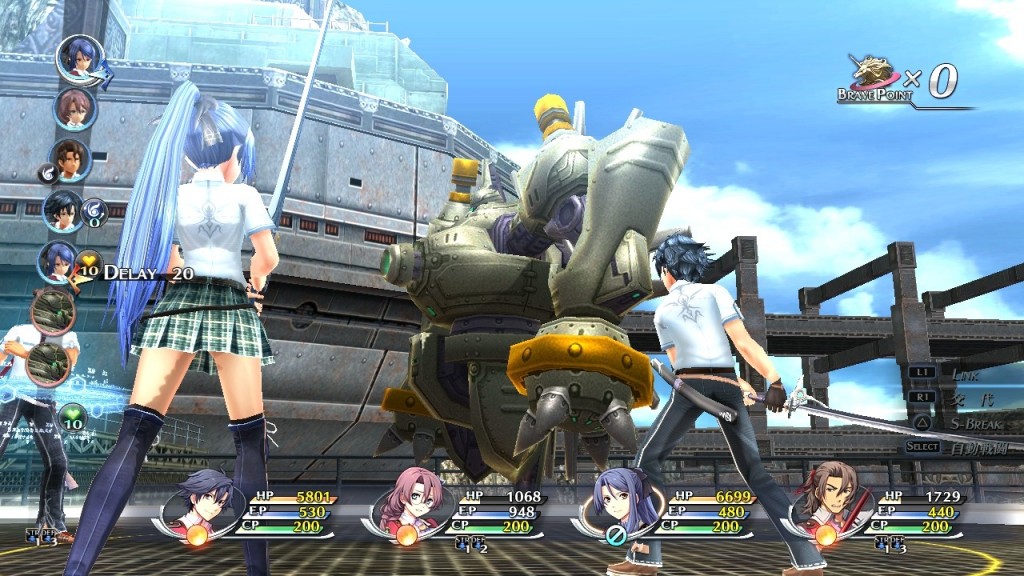 Battles are fairly straightforward encounters with turn based actions with the and the usual options such as move, attack , items, run, arts and finally crafts.

Move- moves the character to a selected area within their range.

Attack- uses the characters weapon to deal damage, weapons vary in range as well as in type from swords to guns that each have there own damage type.

Run- may escape from battle (some battles can’t be escaped).

Arts- Arts are in a sense the games magic system, these spells take time to cast and are element based. They require EP to be used and the arts available to you change based on your orbments layout.

Craft- these are character specific skills that vary in effect and unlike arts don’t require additional time to be used but will require CP.

There is also a special type of craft called S-craft that requires a minimum of 100 CP (but the maximum of 200 will allow for more damage) and will be used the text turn regardless of when the users turn is. 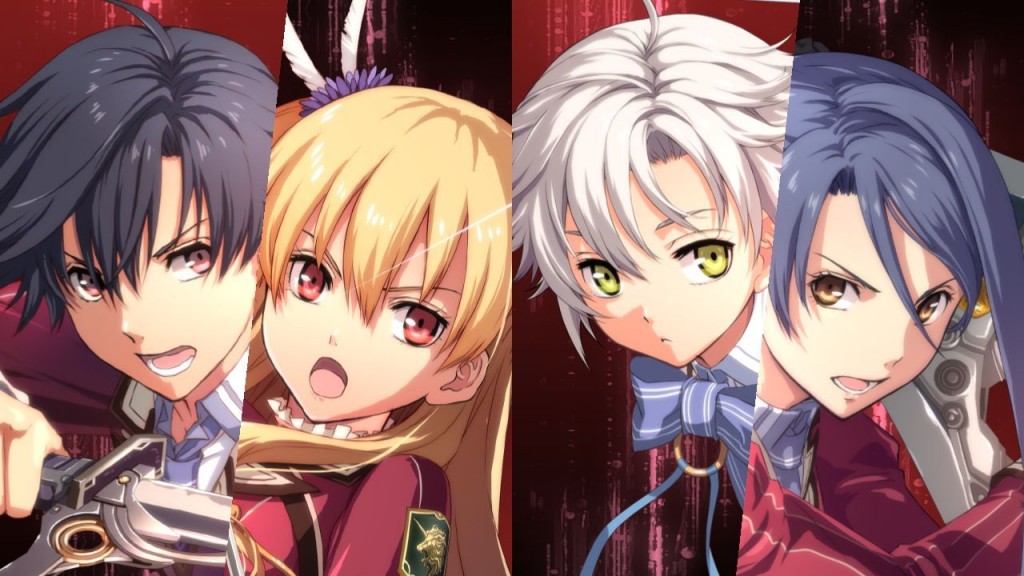 One thing of note is Cold Steel stops over training for the most part by giving less experience to higher level characters though offers a exp multiplier dependent on your actions in battle. While these can speed levelling up and lower the need for grinding it can make battling unneeded fairly quickly especially on the lower difficulty modes.

One of the key features of battle is “combat link” this is due to the special function of the ARCUS units each of the classmates are given and relies on your bonds and friendships with each party member to become more useful. These bonds can be formed in a number of ways from reading books to hanging out and using bonding points on your free day, these links fill a number of roles in battle from guarding a friend to counter attacking or automatic HP recovery as well as giving access to powerful party base attacks. The utilisation of these links can make a huge difference in combat id used correctly and work into the battle system effortlessly.

Another way to bolster your characters battle strength other than simply changing equipment or upgrading said equipment is the uses of the ARCUS and quartz. By setting quarts into your ARCUS units you can manipulate your characters skill sets and parameters to your choosing all in allowing you to tailor your character to make up for there week points or simply allowing your medic to cast buffs and de-buffs between bouts of healing. 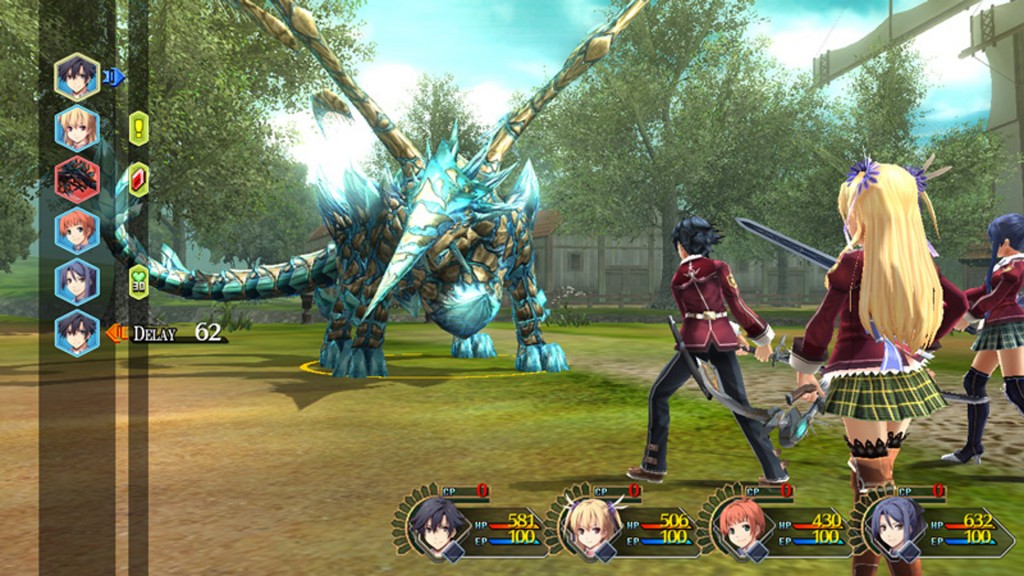 However amazingly this isn’t the last piece of customisation the ARCUS units provide, one final quartz known as the master quartz can be set into each unit these special quartz are unique in the fact they can be levelled up to provide added parameter boosts and skills as well as unlocking effects such as damage multipliers and auto buffs, this range of customisation comes with the added bonus of ease of use meaning new fans as well as those that have played the series before can get to grips with it almost off the bat.

While the graphics in Cold Steel are not going to blow anyone away they are not bad by any means, however I do wonder exactly were the girls store those weapons in those miniskirts! Especially when Laura’s is almost the length of her body,seriously they appear and disappear into thin air, on another note transference between maps and scenes is very quick rarely showing the loading logo so there is very little interruption in game play.

To summarise Cold Steel is an interesting title in both story and game play, offering a deep story with many aspects and careful development as the political conflicts around you shift. While battles and quests offer a nice change of pace from the heavily text based story, the battle system is simple in execution and at times challenging enough not to feel tedious. For those of you who get to the ending there is a nice surprise that will undoubtedly leave you wanting the next title to arrive as soon as possible.