Slowly trying to take the crown for yearly releases, Sword Art Online is here with another title!. Accel World vs Sword Art Online hopes to crank the fanservice to 11 by teaming up with another similar property and justifying dropping more money on more Sword Art!. Have they finally broke that cyber glass roof or is it just another quick buck cash in? Read on to find out!. 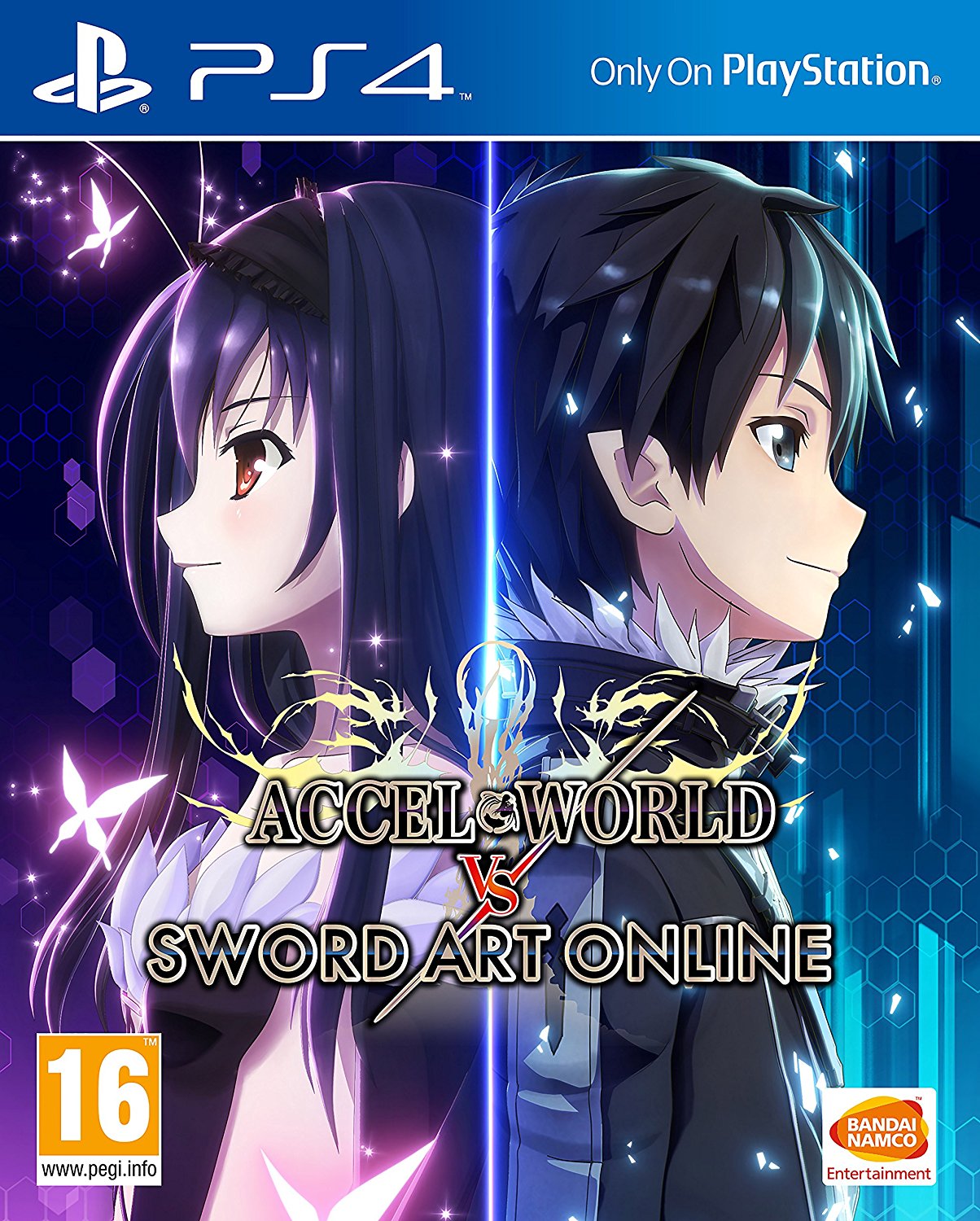 Accel World vs Sword Art Online combines the works of Reki Kawahara, both are very similar in theme and style which should make for an easy cross over. I’ll admit I’m not familiar with Accel World in the slightest and my experience with Sword Art Online ends with the first season.

The story is that the worlds are fusing together, Yui (an A.I from Sword Art Online) gets kidnapped and it’s up to everyone’s favourite Black Swordsman to save her…..but not without help. You meet the mysterious and powerful Black Lotus who’s “Avatar” seems to be a sweet black mech suit, plot revelations happen and the teams from Sword Art Online and Accel World team up to stop this fusion and halt the big bad’s plan of deleting Yui in the past to affect the future world of Accel World.

Yeah it’s all a little confusing for people who aren’t truly versed in both franchises but fortunately it’s mostly self contained narrative in this title. For those who need the know the full details there is an in-depth Database within the game with enough info to catch you up should you be inclined.

The painful talking sequences of the previous game have seem to calmed down significantly which results in much better pacing. The writing also isn’t quite as bad as it has been so it doesn’t make you cringe all the time while playing around other people. It’s a win win!.

Visually Accel World vs Sword Art Online is slightly above average, it looks a little better than Lost Song did but you can tell that the fact it’s cross format with Vita is really holding the series back now. The colours are quite washed out at points and the pop in is abundant. 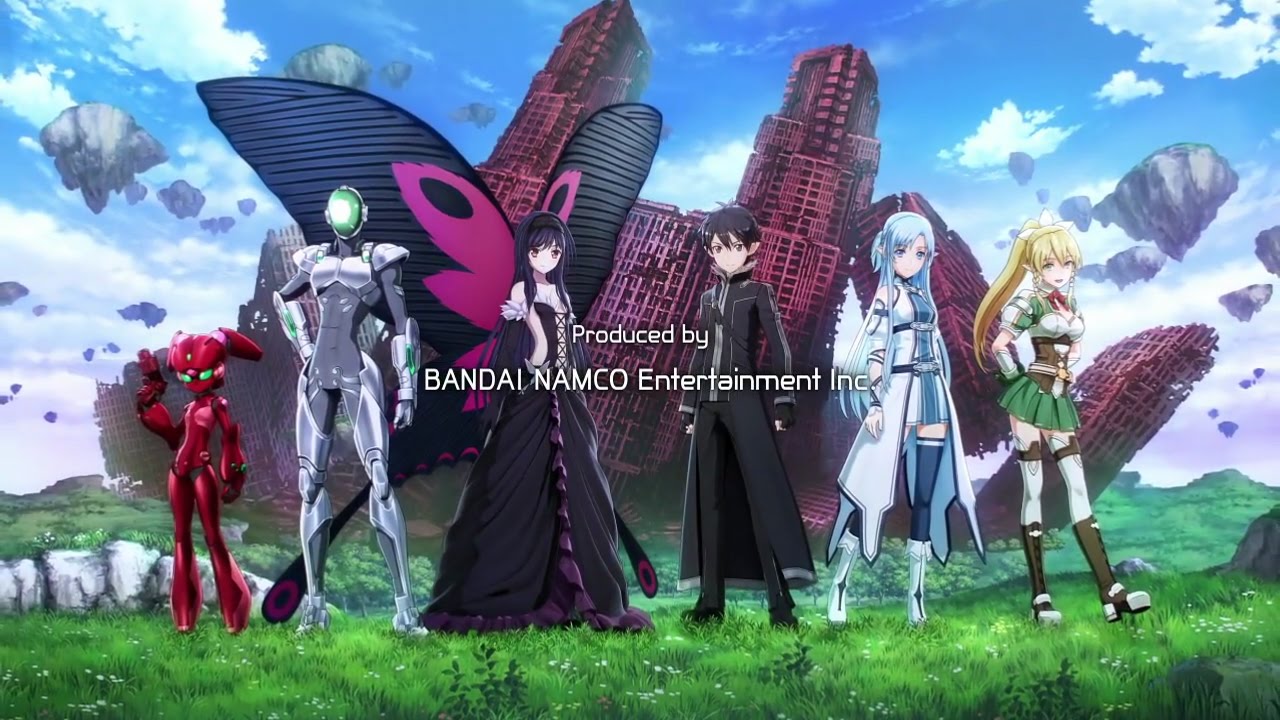 The character models in the game have quite a nice cel shaded look but animate quite stiffly, The scenery is quite bland though there are some nice post apocalyptic areas you can visit which break up the generic surroundings.

The game’s cut scenes are all fully voiced with the Japanese dub (no English dub here) and for the most part consist of character images with a few different reactions but lack full animation which is a shame considering the source materials of both have some fantastic animation.

Time To Play The Game

Accel World vs Sword Art Online uses the engine and gameplay from Sword Art Online: Lost Song but with little changes to update it, sadly it retains it’s awkward control scheme which won’t sit well with the player until a fair few hours in.

The gameplay involves standard Action RPG controls in which you have standard and heavy attacks, special attacks when holding one of the shortcut buttons and team attacks when you get your meter up high enough. Thankfully the combat seems much weightier than it did in Lost Song and the Accel World cast fit right in with this combat pacing, it’s fast, looks nice and does the job, nothing spectacular but is far more enjoyable that the series first outing!. 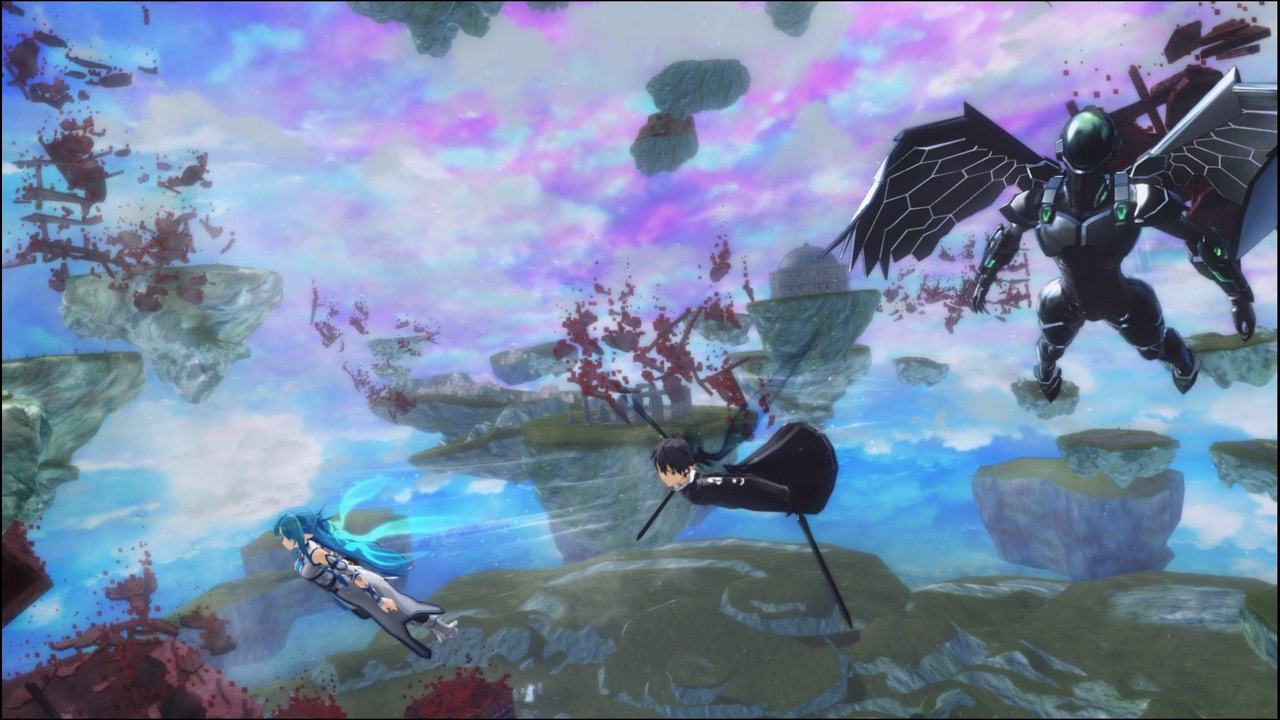 Traversal is actually quite the joy thanks to the fact it’s based on Alfheim Online, for those out of the know, Alfheim Online is one of the fictional MMO games from Sword Art Online, the fact this game is based in it gives the characters the freedom to fly through player fields. The flight controls work well enough, they are simple to use and once you get a handle on them you’ll be fighting in the skies with no bother, unless you’re one of the Accel World cast, more on that in a second.

Now being that the game has VS in the title you’d expect either some battles between the franchises OR some kind of mixture gameplay, you get neither with this sadly. The game is firmly an enhanced version of Lost Song, the Accel cast control and animate like the main cast and the only major difference between them is some can’t fly but instead leap across the map.

There are two online multiplayer modes, unfortunately none are really that good. The standard is taking on powered up bosses as extra missions you can unlock within the story, the other mode is PvP which would be good if the game allowed more customization and the combat system was a little more refined for PvP combat. 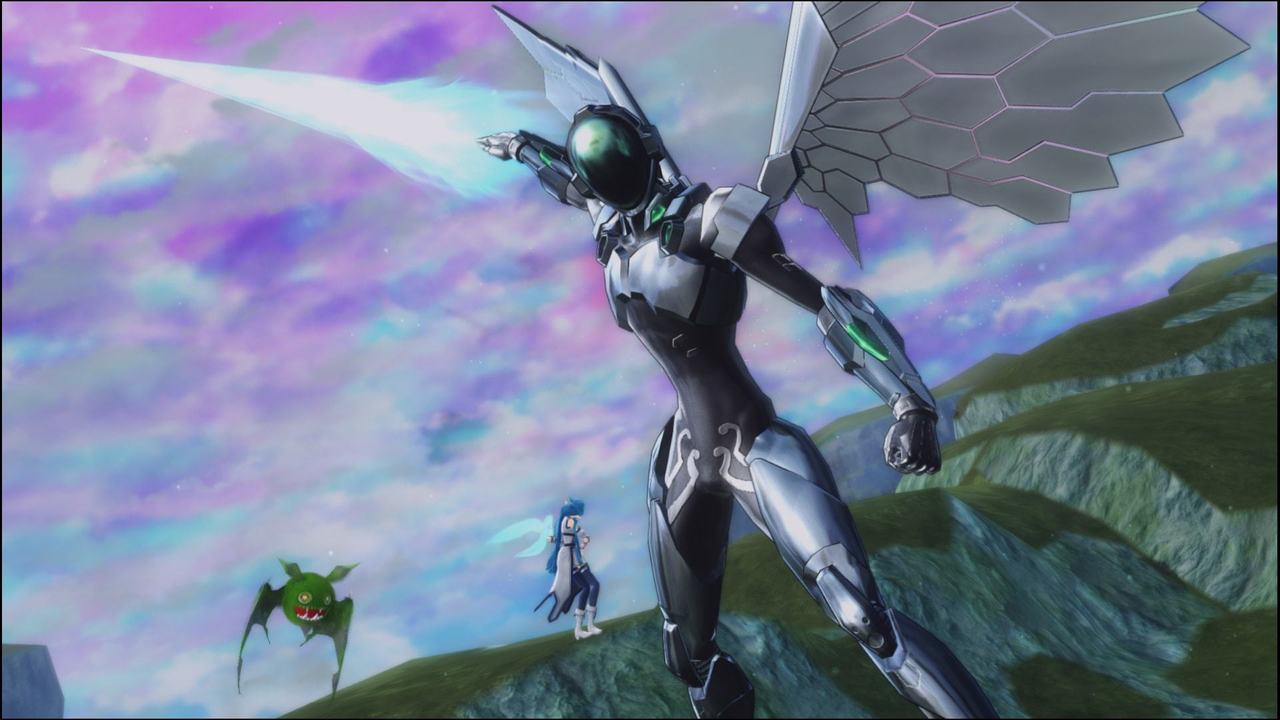 Accel World vs Sword Art Online is what I would call “Junk Food”, it’s a fun enough game you can sink some hours in but overall it’s not going to be one that sticks with you. The main narrative shouldn’t run you for more than 10 hours and it’s mostly the side quests that’ll keep up the game time.

It’s a tough sell for anyone who isn’t a fan of either franchise and I would say avoid if you know nothing of either, with my limited experience with Sword Art Online I managed fine with the story and characters and I am quite interested in Accel World now so there is that.

If you’re a fan of both series this is a no brainer, it’s fan service galore. The game-play is fun, the characters are interesting and the main narrative interesting. It’s the most fun I’ve had with the Sword Art Online series yet, hopefully Accel World can make it’s own impact in the future outside of Japan!.