The develoment of In the city of Alabast: The Menagerie seemed to take its time, with the release landing on MangaGamer not too long ago. It’s not often we see an eroge novel from a western studio, especially with Lupiesoft’s most recent work not being anything at all like an eroge novel & was picked up by Sekai Project for release on Steam, so it should be an interesting proposition for those new to the studios work. Let’s see if there’s more to the game than just getting one hot under the collar… 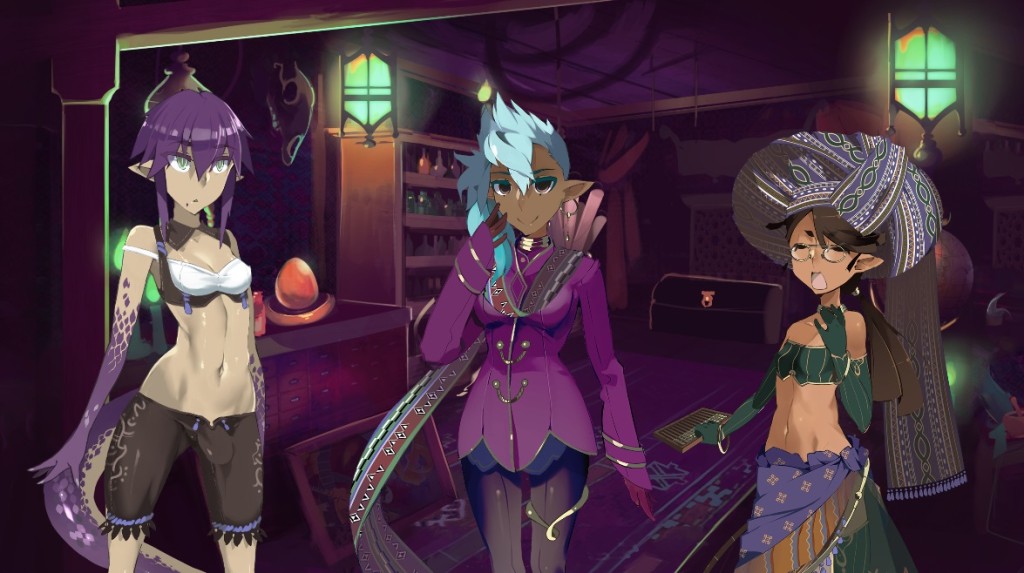 The story follows the final days of the menagerie, a brothel of sorts for nobles in the elven city of Alabast, through the exploits & interactions of Rao-Ji. Rao-Ji, an exotic reptile like creature referred to as a Drechene, was born and raised in the menagerie. This gives her makes her feel attached to the place and also a nievity of what is beyond the walls, having never been anywhere else besides the market in the city. With the rest of the main cast either being nobles or fellow entertainers from the world outside Alabast, it gives Rao-Ji a unique standing and makes her the best choice as the games focus. The games multiple paths make it hard to nail down a singular narrative to discuss though, but there is an end to each path that features in each route. The closure of the Menagerie. How you get there, and what happens to Rao-Ji once she’s free, is all down to your choices. Some of the endings aren’t quite as fleshed out as others, one with Rao-Ji leaving Sebai behind and going with another noble ended quick with little detail as to Rao-Ji’s future, but it’s thankfully not a major occurrence. There was, admittedly, a couple of the main characters that I just didn’t find interesting. To be honest I still found their paths interesting, more than likely due to Rao-Ji, so it’s not a total loss if a character doesn’t tickle ya fancy. With Lupiesoft striking a decent balance with the characters in making each one of the half-dozen that makes up the main cast unique, it’s to be expected that not every character will please everyone. 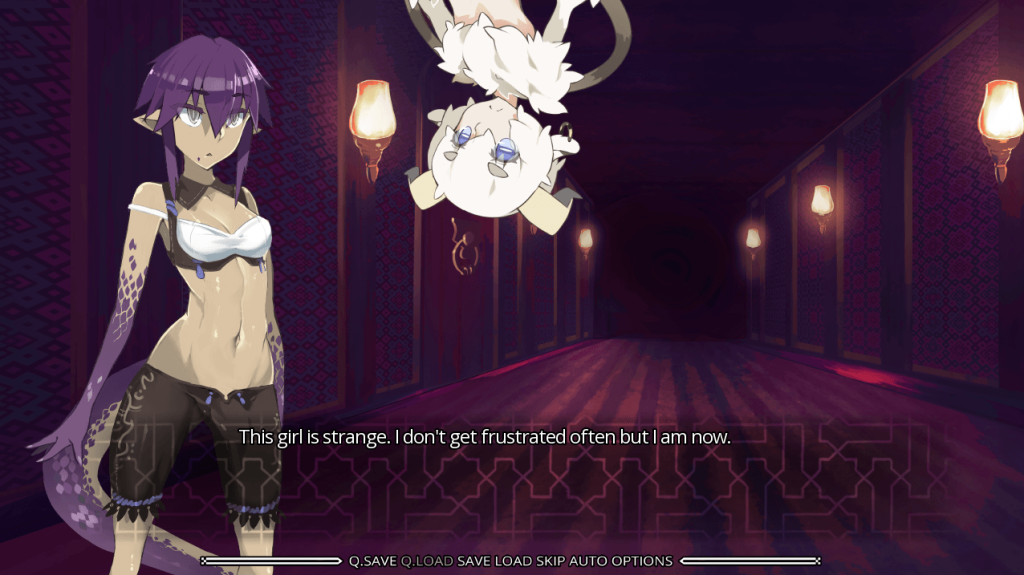 Whilst there is an overall main story arc for the game, the multiple routes woven through the story offer a different perspective on the narrative. The game offers up plenty of chances to take a new route, with only a few parts you’ll encounter over & over again as they form the main sections of the underlying story, which will keep you coming back for more. About a dozen characters make up the focal point of each path, and their various personalities can give wildly different interactions on each path. You’ll even find multiple characters from different paths interacting with one another, and your choices will also affect their relationship. There’s plenty of paths to see, and plentry of risque gallery images to unlock, that will see you coming back for more until everything is done & dusted. It’s tough to put a finger on a runtime, I’ve not even seen all the endings myself yet & there are plenty of other choices to make, so you’ll definitely be getting your moneys worth – especially as the Gallery slowly builds the more playthroughs you do. 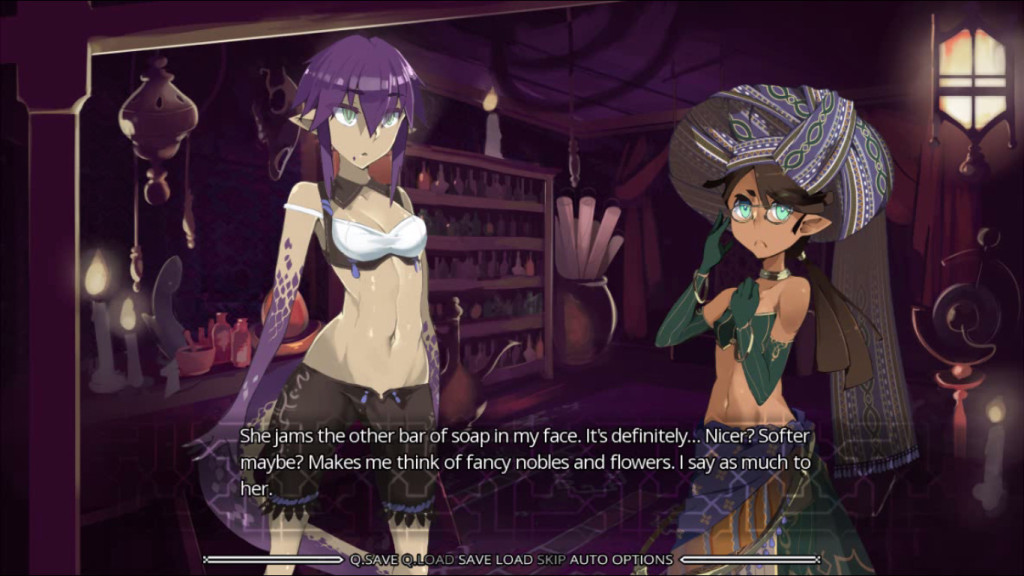 This is of course an eroge novel. That means there’s plenty of uncensored sexual content for one to enjoy, or rage on internet boards about if it’s not your thing. To be honest though, there weren’t quite as many risqué CG’s as expected. You’ll find more of the content being described in the dialogue box than showcased in the few images that accompanies a scene, which does go into a fair amount of detail to boot. I’m more of an ecchi guy myself, but it all still didn’t affect my enjoyment of the game or the characters. The novel does do a good job of branching out to a few fetishes as well, with futanari being the most prevalent, so that’s another consideration depending on your tastes. 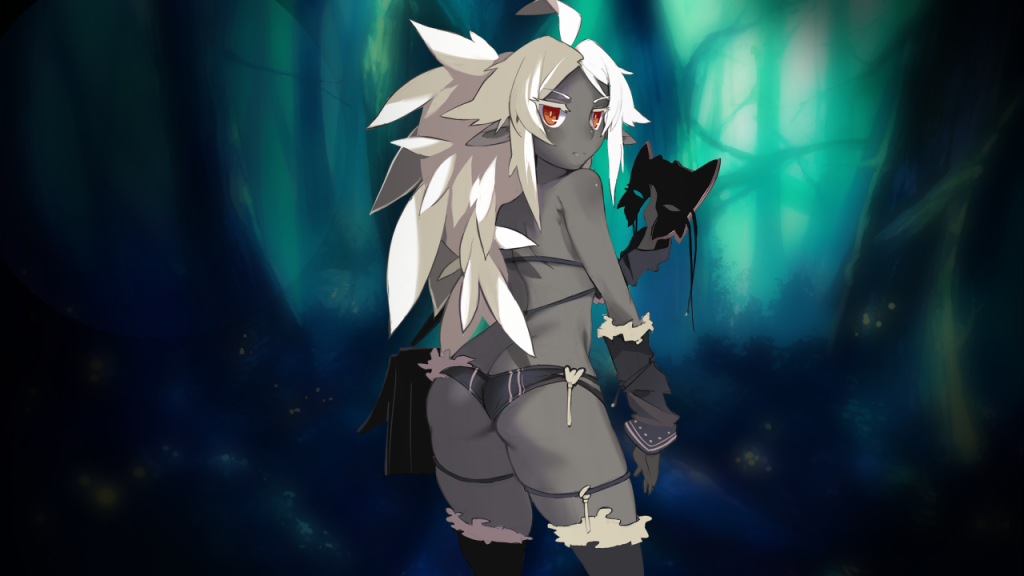 If you’ve enjoyed yourself some of Lupiesofts work in the past, you’ll feel right at home with the visual outlook of this title. It’s not quite the same as the previous release (Toko), as the style is a little more detailed, but it’s still very similar in character design for example. To be honest I like the style employed by Lupiesoft, it stands out from the crowd of Moe based novels I play & adds to the character of each cast member. Plenty of colour and design in the games backgrounds offer a good backdrop to the conversations too, the games Arabic inspired design also gives a somewhat unique flavour compared to most other games in the genre, although only a few animations & poses in the sprites does hurt the interaction between the characters. There’s also no voice audio on the release at the moment, not a requirement for a good visual novel of course, which may dissuade some folk that see such a feature as a must. There’s not much else to say with regards to presentation, its well detailed and somewhat unique in its style, with the lack of voice audio & not much in the way of sprite animations taking some of the sheen off the package. 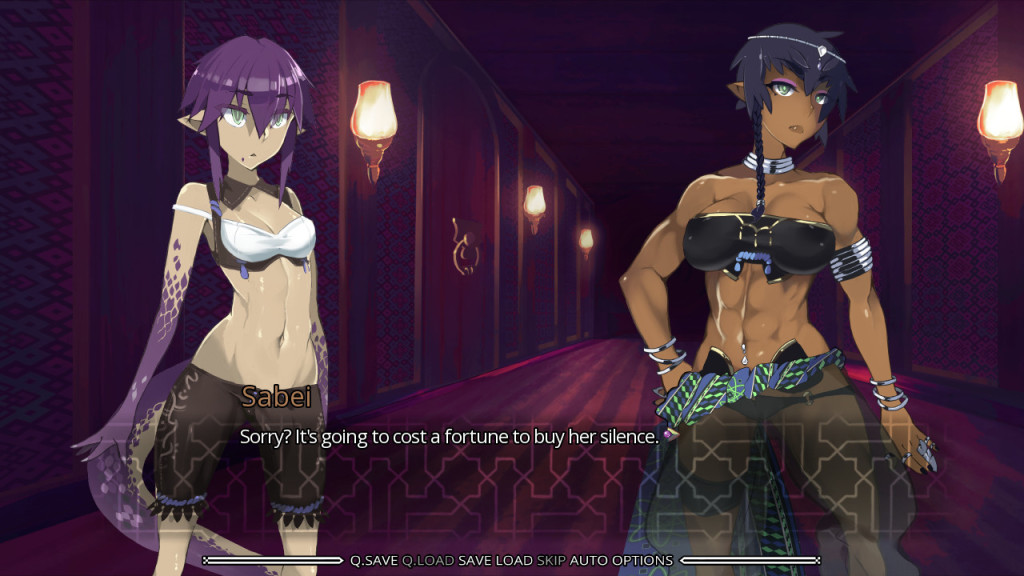 The Menagerie is an interesting release. It’s an eroge novel packed with fetishes, although not as visually graphic as expected, but it still manages to have some good character development & depth. There’s always the downside to a balanced cast of some not being interesting, as well as a couple of visual nuances, but thankfully their paths are still interesting to tread for the most part. If you don’t like eroge novels, or see yourself above such content, then this won’t really change your mind – but everyone else will find a good story with multiple paths to take & plenty of content to keep them warm in the winter months ahead.