Space Hulk is one of the latest Warhammer based titles to hit home consoles and portables, developed by bitComposer and published by Fun Box Media. We shall see if Space Hulk is a perfect fit for the portable Vita or just too bulky. 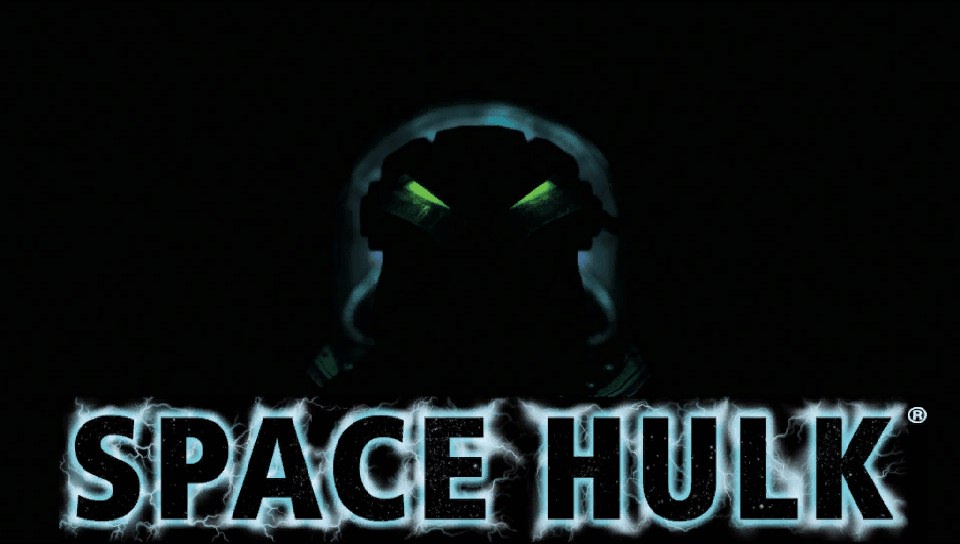 Space Hulk is based on the board game of the same name, you take control of the Space Marine Terminators as they investigate various abandoned space stations, space debris and asteroids named……Space Hulk!. Obviously this isn’t the case of being in and out quick as the job involves taking out the alien menace known as the Tyranid Genestealers, fast, deadly and great in number it’s down to the Terminators to keep their wits and firepower together to take down this scourge.

There isn’t much story with Space Hulk between the original campaign, the new Sin of Damnation campaign or 3 tutorial missions bar the blurb at the start. Space Hulk is all about creating and maintaining the dark and tense atmosphere of being out numbered and in the dark. 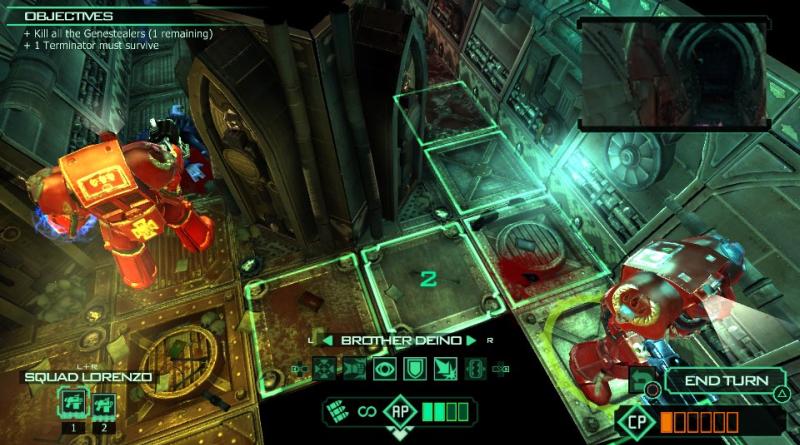 This is achieved with the brilliant ambient sounds, dark visuals and the first person camera situated in the corner of the screen when your Terminator moves. You have got these big behemoths to help destroy the Genestealer menace so why so tense you ask? Between guns locking up, being jumped from behind & sheer numbers the Genestealers who are very deadly in melee combat often spells the end for the unfortunate Terminator if one catches him.

The way the game plays out is that you use Action Points to move, shoot, reload or any movement including turning on the spot. The key to the game is utilising your action points to make sure you have your ass covered, all the corridors are only able to fit you single file which adds to the tension and strategy. Another factor is what unit you are using, it ranges from standard grunt with the powerful Bolt Gun, Corridor filling flamethrower unit to the mighty General who boosts units around it into mighty destroyers. 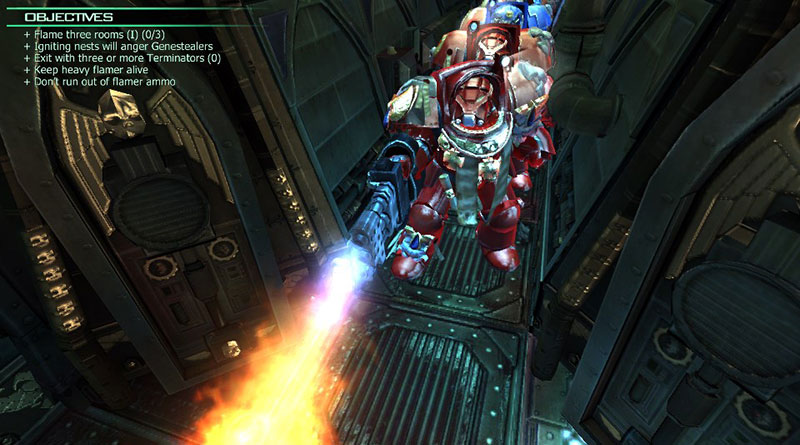 As good as all the above sounds there are a few things that could decide if this game is for you. First thing is this game is ridiculously hard, even on the easiest difficulty if you take your eye off the board for one second or don’t plan far enough ahead you’ll be looking at the mission failed screen within a few moves. The game is very slow in pace due to how closely they have replicated the board game experience but also during gameplay I noticed several frame rate issues, you can speed the character movement up but for the definitive experience I’d suggest not touching it.

The user interface is often painful for your first hour or so, between confusing physical controls, randomly locking you into touch controls at points and the small icons & text it can take a while to adapt to this UI. Control wise even after some time you’ll still find yourself wasting A.P turning units because you’ve pressed the wrong thing. Finally it may take a while to get used to the invisible dice throws if you aren’t used to Warhammer or the original Space Hulk but this varies on your experience & willingness to learn. 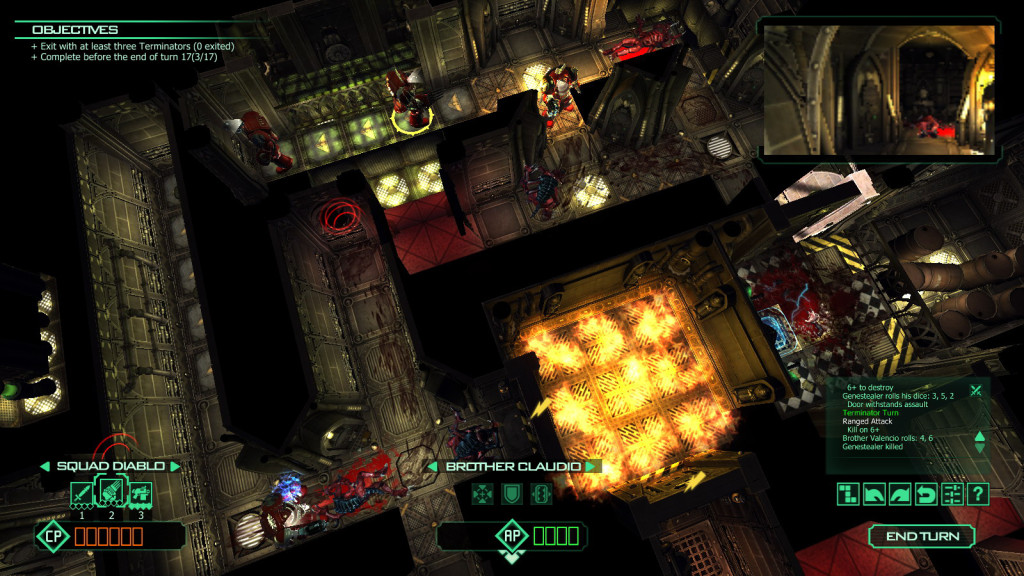 I enjoyed my time with Space Hulk with my earphones equipped and a spare few hours, I did only play the campaign but that was due to no one being able to try the Multiplayer with, despite this I still go back to tackle some of the larger more complex “Hulks” in the latter half of the campaign. It’s a tough slog through the campaign with the extreme difficulty and control issues but one I’d suggest for anyone looking for a strategic fix for the Vita.