After a very successful release for Sword Art Online RE: Hollow Fragment for PS4, Bandai Namco announced the release for Sword Art Online: Lost Song on PS4, the follow up taking place in the land of Alfheim featuring new environments, characters, quests and the new aerial battle system. This European release date of November 13th is creeping closer and so a new gallery of screenshots and a trailer have been released.

For those who have not played RE:Hollow Fragment yet,  it offers vast improvements over its original vita release. Most immediately noticeable is the higher resolution but also much to the relief of fans the entire translation has been redone and is available with French,German,Italian,Spanish and English subtitles to compliment the Japanese voice acting. The PS4 release of Lost Song does not need to offer so many many improvements over its Vita based cousin as they have been built for release at the same time. 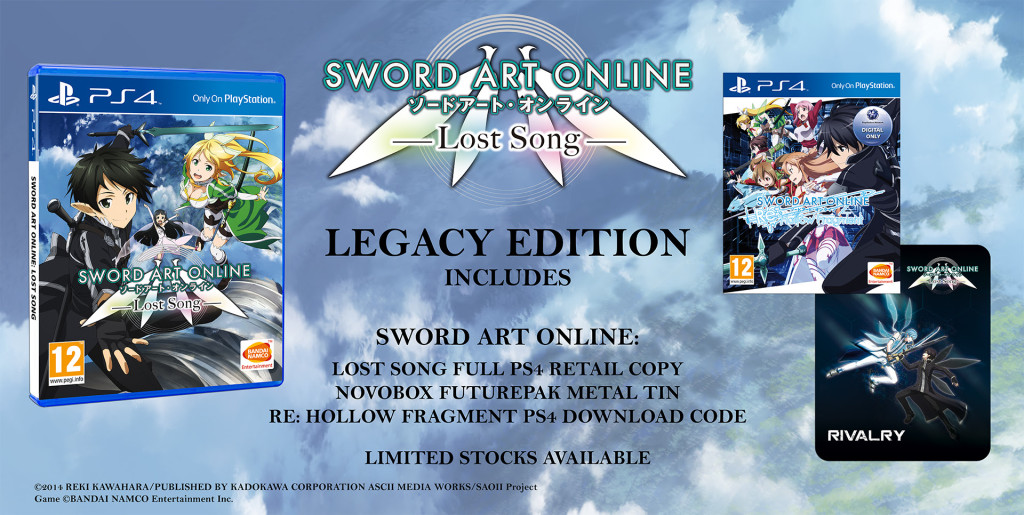 All the staff here wholeheartedly recommend trying out RE:Hollow Fragment if you have not already, and with the discount it offers off Lost Song it is well worth picking up now.