Arcana Heart 3: Love Max!!!!! is the PC port of the re-released PS3 anime fighter title of the same name. The port has been developed and published by Arc System Works and released on PC via Steam on September 29th 2015.

Thanks to Arc System Works for sending us this review code.

Arcana Heart is a fighting game series, its one of the airdash combofests that I love, plus in this case it is published by Arc Sys. That pretty much ticks all the boxes for me.

Arcana Heart 3: Love Max!!!!! is kind of like the Extend of the BlazBlue games, but for Arcana Heart 3. It has 32 characters, each having their own Arcana which you can mix and match at will, this mixing will alter your move-set a little bit, so even though there are 32 characters, each of them has 32 match ups, so you have 32×32 possible combinations(which is 1024 possible combinations), with that many combinations it is to be expected that there are some broken move-sets. I haven’t had the chance to try them all yet though, but the combination I find myself drawn to most personally is Weiss and her standard Arcana.

The music in this title is beautiful, it ranges from chilled out, to a soft metal edge. When they have a slight blend of style, they blend really well meaning neither style overpowers the other.

The characters designs are pretty nice, there’s a range from loli, demon girl, magician girl, to one that I’m pretty sure is cosplaying a leprechaun.

Some of the characters will remind you of characters from other series, and then there’s some that just stand out, Eko and Kazu in particular. Eko is a young girl who fights with a monster she has drawn called Kazu who came to life and fights for her, some of her special moves involve the Kazu holding up a sketch pad for her, which she draws on then brings to life to attack her opponent.

There’s a gallery mode where you can unlock artwork, animations and some mini visual novels, which are funny and add a little to the story. The story is fairly simple, Japan is going to get destroyed in a few days, everyone is collecting Celestial Stones to try to stop that from happening. At the end they form together, join a giant mech called Ragnarok which I love the idea of but don’t like the fighting style here. You face the next orb to attack, which can mess up the inputs of specials.

Another mode is the Trial mode, this is like a mini arcade road where you fight opponents and get a challenge to complete in the match. I managed to get to the end with Lilicia then there was a difficulty spike so sudden it made the 90s SNK bosses have nightmares. It was a boosted Sharlachrot who took less damage, seemed to have an infinite Arcana gauge and dealt slightly more damage. Even though it felt unfair, it bought out my competitive side and kept having me go back more and more determined to beat her. 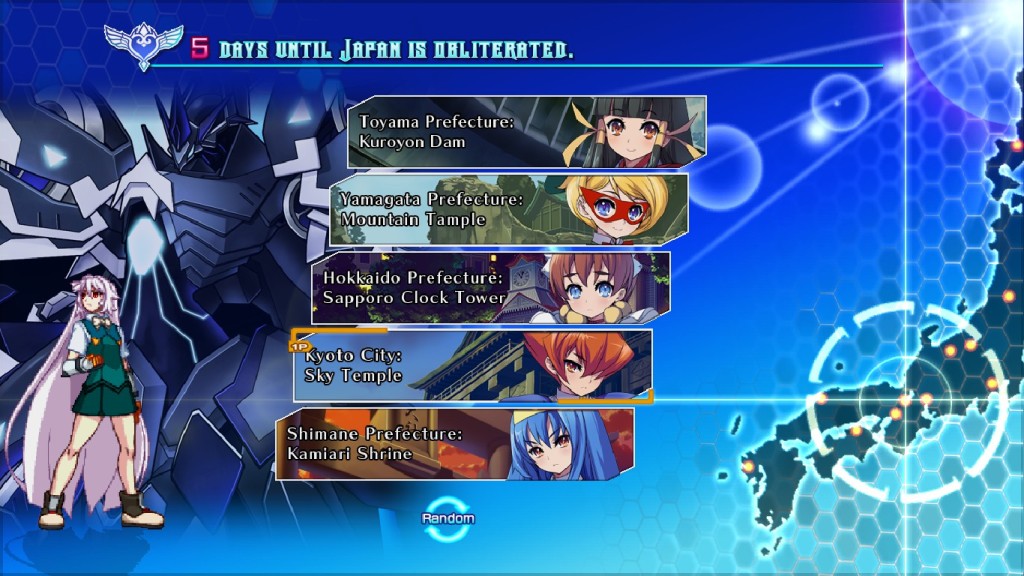 The net code seems a little off. Its a little laggy at first, then once it speeds up the timing seems a little off to me, however that could just be me or the people I’ve been against. The game itself however performs pretty smoothly. I’ve tried this on 2 setups. One of them slightly below the minimum specs, one just above. The one just above, its smooth as butter. I haven’t experienced any slowdown and the input seems to respond pretty instantly. The one just below, however, it lags like crazy at first, but if I go into the options and change the resolution settings it seems to speed up for some reason. I could understand this if I downscaled them, but considering there are 2 settings for each resolution (arcade and full) I just swap from one to the other every time it starts up and its fine. considering the only difference I’ve noticed is full seems to have a little anti-aliasing on whereas arcade shows the pixelly rough edges, this isn’t really too much of a problem. During the battles it slows down a little, but not to a point its unplayable, it’s still pretty smooth. 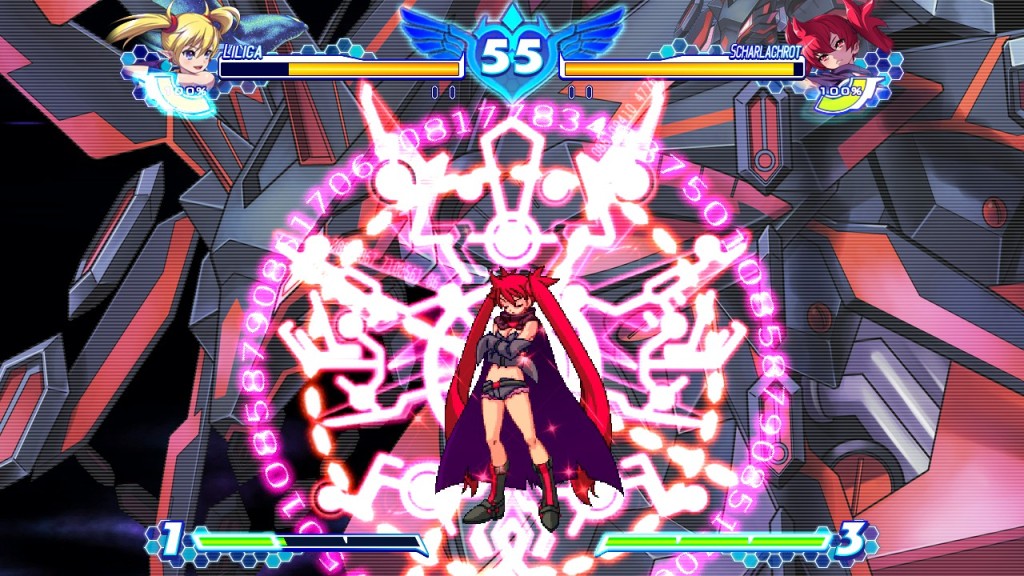 Honestly, I’ve enjoyed playing this, its my first time with an Arcana Hearts title and its made me a fan. I can’t think of anything bad to say about it, its challenging at points, there’s a wide variety of characters, the soundtrack is a treat for the ears and it performs really well, if you like anime fighters and combofests but you don’t have this in your collection, then you really should consider getting it.

If you are having trouble deciding which version to buy, the PS3 version of this title had been reviewed previously by OGUKVincent and can be found in storage on our old site here. Please be aware that the old site is simply where our old reviews go to live out their lives in relative peace and new reviews/news will not appear there.