As recent history has shown us, gamers are more inclined to go towards more mature, violent games but deep down inside every gamer is an urge to play something a little less mature. Gurumin is that title you may desire and may even bring a little nostalgia up. Why you ask? Well, this is Zelda but for the PSP!

Remember this game is from the same people who created the Ys, a RPG series with complex narratives and deep battle systems. So this little adventure is something a little bit different for them and they have done a really good job at capturing what makes an adventure game good. I enjoy a good adventure game but usually stray away from the cutesy, childish ones and go towards the mature ones with a bit more violence and a dark storyline. I gave Gurumin a chance as it popped up on a few of my searches for hidden gems and I fell in love with it as soon as I started playing. 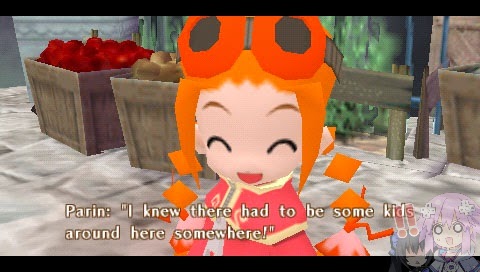 The adventure begins when you, Parin, are sent to live with your grand father in a childless town called Tiese, which is secretly inhabited by invisible, friendly monsters that can only be seen by children. Such a simple, convenient premise for a story but it works well. Upon meeting your first monster they invite you to Monster Village. Upon arrival the village is attacked by phantoms and destroyed. You then take it upon yourself to help restore the village for your new friends and this is layout out very similar to Zelda. You must complete areas, defeat bosses, collect items for monsters and unlock new areas. The flow is mixed up a little now and again by blocking areas until you have certain items but it is not a big deal. The developers have to stop you progressing too quickly or it will potentially ruin the game. Once again, simple but trust me, it is a lot of fun. 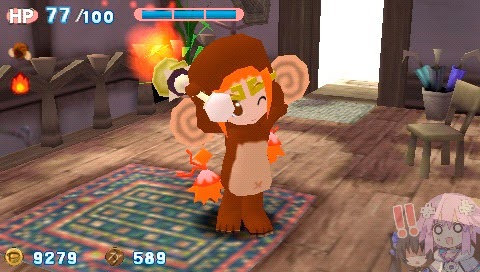 With such a simple story you may be concerned that the gameplay too will be simple. Well, yes it does have simple gameplay but it does not take anything away from the overall feel of the game. The combat is based around a legendary drill you happen to be chosen to use (sound familiar?). You use this drill as your main weapon all the way through the game to defeat enemies and progress through very brittle walls. As well as defeating enemies, the games is flooded with puzzles. They are not the hardest of puzzles, in fact some are just common sense, but it does help break the gameplay up .The drill can be upgraded throughout the game to give it more strength and helps defeat the tougher enemies as you progress through the story. On the opposite end is that your drill can lose power if damage is taken but you can increase it again through various methods. So it is not all doom and gloom if you get attacked and to be honest there is not real issue with difficulty (that is if you equip yourself correctly first) This game is aimed at the younger player so the gameplay and progression has to be simple but Gurumin does have a very basic RPG element. It comes in the form of interchangeable clothes, items and drill modifies. The main item of clothing you can change is your headwear. They all have different effect, whether it is element damage and defense change, HP restoration and increase attacks. As well as the headwear your full outfit can be changed too and if you have OCD, you will be rewarded with extra abilities upon wearing a matching outfit. All items can be collected throughout the game, brought from a vendor and even on specific days when special events take place. For a game which went out of my radar when it launched, I am surprised by how much content is on offer. When you complete an area the games ranks you on time taken, damage taken and number of chests found. This give you the opportunity to go back when complete to better yourself (we all know that the competitive streak inside of you cannot resist that!).The story alone will take about 9 hours but upon completing it extra modes will be unlocked. You start with Beginner and Normal, but the extra modes unlocked are Boss Rush, Hard, Happy & Crazy. Crazy is a fun twist on the game and only allows damage on enemies through critical attacks. Think of it like the Skull settings in the Halo Series. There is so much to do and collect in this game you could easily spend 20 hours plus with this title. It is a lot of fun and rewarding. Not only do you unlock different modes but completing the game, you also get new gear which you can use on your next playthrough. 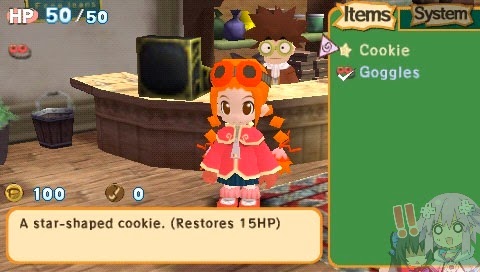 As it follows a very similar layout to Zelda the story is quite predictable. There are a few camera issues but apart from that this title is highly recommended. It is a solid action adventure game with a little RPG thrown in for good measure. It may be a kids game but I am sure an older player after a quick release from the dreary games we have on offer will fall in love with it too.

If you were to pick a PSP up now (which may sound crazy but some may have missed this masterpiece of hardware) then Gurumin is a must own. It does not boast a huge lengthy adventure or a crazily deep skill system but there is something about it.
It is charming, inoffensive and most importantly fun! Looking for an adventure game that rewards you for putting time and effort in? Well, this is a perfect title for you! 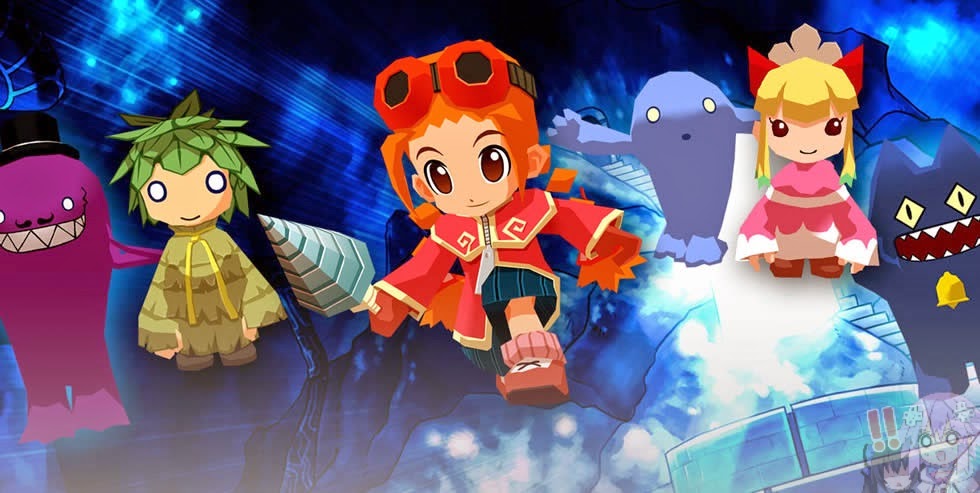