I Am Bread is the follow up to Bossa Game’s Surgeon Simulator.  Just like its predecessor, I Am Bread gained a lot of attention through comedic Youtube videos and now it has made its way to the PS4.  Yes folks, this is another Youtube Bait game.

The sole aim of this game is to toast a slice of bread.  That is it.  However though unlike other YouTube bait, there is a slight level of skill needed to play this game.  To move the slice of bread across the room, each corner is assigned to a button on the controller.  In the case of the PS4, one side is assigned to the left shoulder buttons whilst the other is assigned to the right.  It sounds simple but you must train your mind to hold and release buttons in the correct order to move the slice efficiently and safely to the final goal.  In addition to the tricky controls there are many hazards on your path to toasty success.  The whole whole game is built upon the old childhood game, The Floor Is Lava.  You must make your way across the current room, whether it be a kitchen or living room, towards a means of toasting yourself. 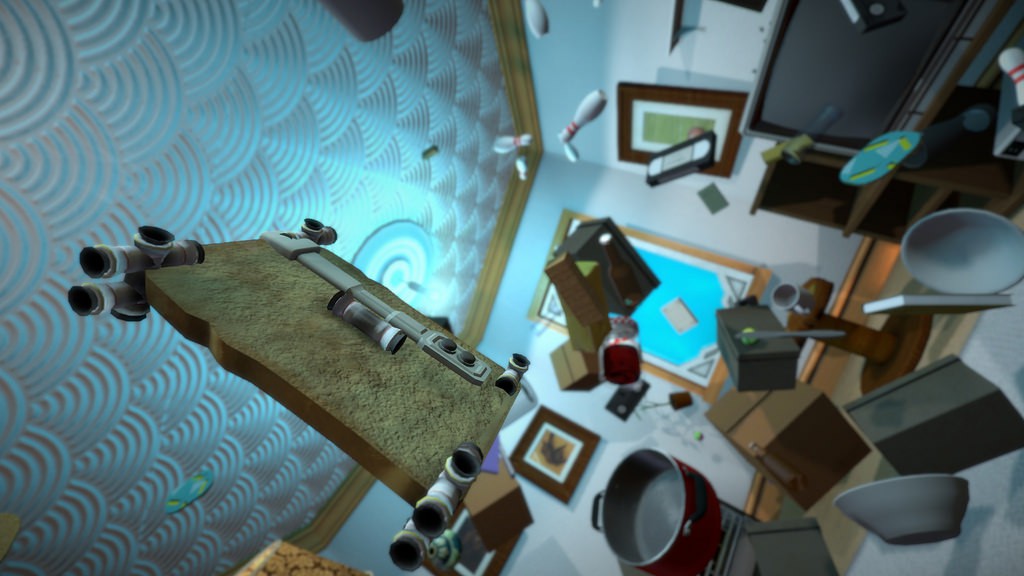 Your piece of bread has a percentage meter and if that hits 0% it is game over for you.  As well as the floor other hazards include items that can decrease your meter (such ants, fishbones and even toe nail clippings) and ones that just get in your damn way (pretty much any household object).  No worries though, if you move in a particular way on these items they will break and no longer be an issue unless they are a sticky object – you will have to navigate the rest of the room with extra weight.
There are other modes included in the game such as the Bagel Race, free roam and even weightlessness – which in my opinion is just bonkers.  Other than that there is very little more to say about I Am Bread.  It is a time killer game about bread that just wants to be toast.  Each Youtube bait has that one thing about it that will bring viewers in.  Bossa Game’s ace in the hole is the controls.  They manage to take a simple formula and attach crazy controls to it and voila – pure comedic gold. 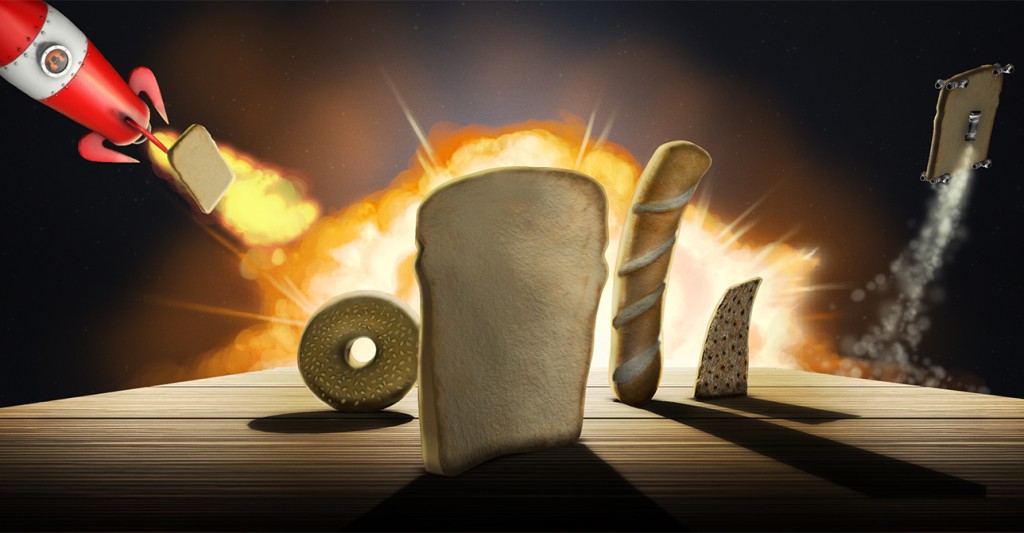 I Am Bread is another game that falls into the category of Youtube bait but it is not the worst one.  The game does take a lot of skill to fully enjoy but if you cannot get your head around the controls or why the hell a piece of bread wants to become toast, you will find it hard to like this title.  Personally I found it entertaining but only in short bursts & like all other games of this new genre, you may find yourself having more fun watching someone play it rather than play it yourself.