The Atelier series is taking us all the way back to Arland once again, making this the first time there will be four parts to any one story. Our last adventure had us taking on the role of Princess Meruru as she restored the kingdom of Arls to its former glory and united the lands. Since then Rorona has had a daughter named ‘Lulua’ whom is to be the new protagonist.

Lulua wishes to become a great alchemist like her mother, but sadly is lacking in talent. She works hard under her teacher, but is frustrated by her shortcomings. One day, however, an opportunity presents itself to the young alchemist. As a positive, driven, and energetic young girl, she will do anything to achieve her goals.

The world of Atelier Lulua consists of both old areas from all the previous Arland games, and brand new ones in order to showcase how the land has changed since the end of Atelier Meruru. So far the only playable character that has been confirmed is Lulua’s childhood friend ‘Eva Armster’ but Gust has said that several familiar characters will be making a return in some capacity. 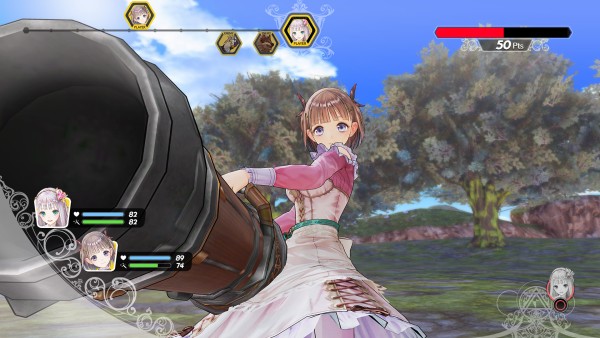 So far, it is unknown whether or not the time limit will make a return or not. All of the previous Arland games had a time limit, but since then the system has been scrapped. Gust have said they plan to maintain the system that Arland fans are familiar with, while also continuing to evolve it. On the other hand, the battle system will be based upon that of the ‘Mysterious’ series.

Atelier Lulua will be released for Nintendo Switch, PC (via Steam), and PS4  in both Europe and America in the spring of 2019. Check out the official website for more information.