With a few releases under it’s belt on mobile & in arcades, Groove Coaster has finally made its way to PC. Taito Corp looks to be wanting to take their arcade rhythm action from the arcades and bring it to your living room with this release. Does it hit all the right notes? Lets find out 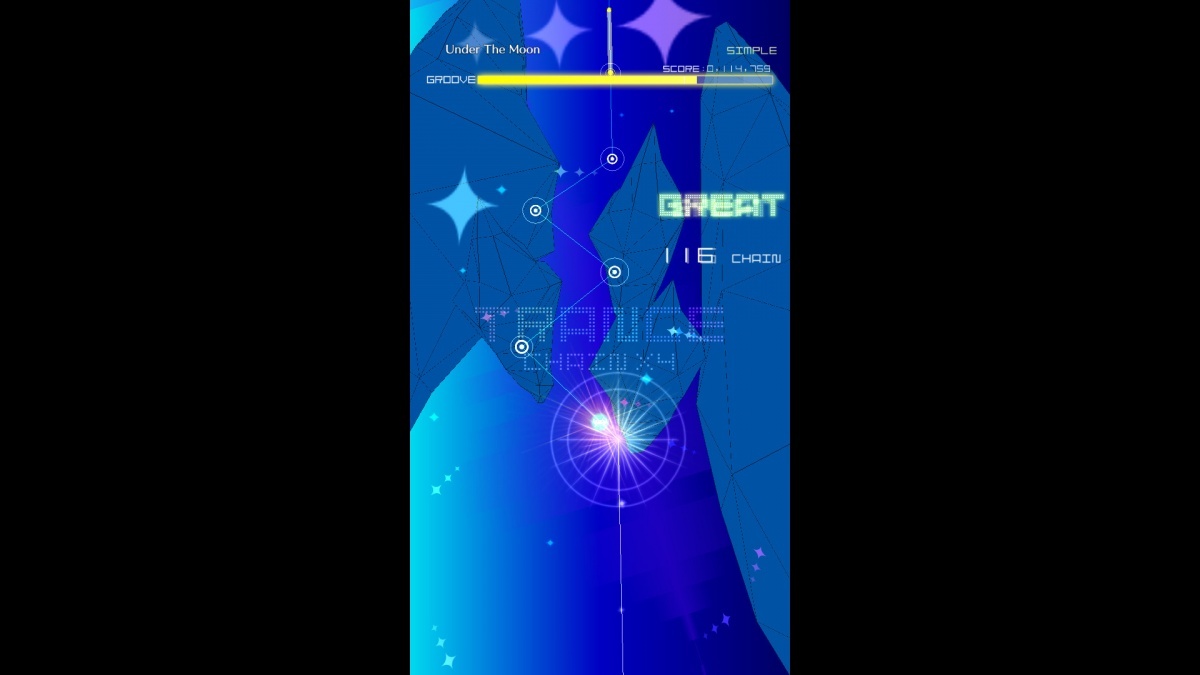 The game comes preloaded with 36 tracks in total at release. These range from fast to slow with regards to bpm, but all really fall into the electronica category. Thick synth & heavy percussion is the order of the day, which gives the game a thoroughly arcade sound. As you play through the tracks on offer you’ll earn credit that can be spent within the game shop, with the amount correlating to your performance. Your moolah can be spent on numerous different things like new avatars & music tracks. There’s currently a few to buy using in game currency, with more available through steam to boost the song roaster.

More tracks are promised in future, a Touhou pack is due next month, so there will be plenty on top of what’s available to keep you busy as the days go by. You could blast through the game on Simple difficulty, but the rewards won’t be enough to get additional content, so a little grinding or bumping up the difficulty will be required if you want to see all that’s on offer. Online leaderboards are available on all the games tracks so you can check how you stack up with other around the world. 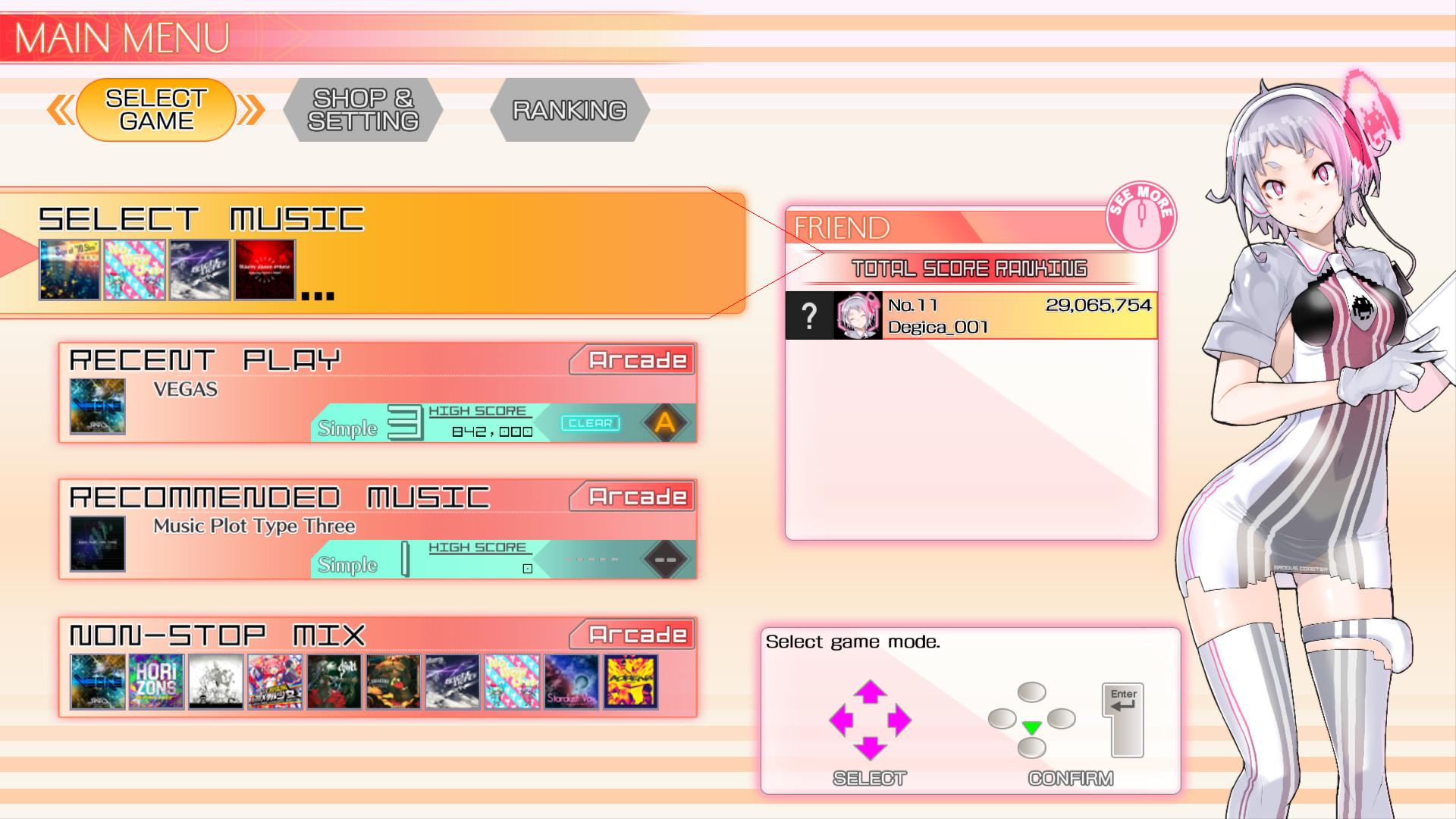 Whist you wouldn’t expect much from a game with only a 400MB file size, Groove Coaster manages to look & sound good. The stages take you on a rollercoaster ride through a virtual reality backdrop, the track twists and turns it way through, that’s thankfully not too cluttered as to distract from the notes at hand. Whilst each stage has its own design, the best have a kinda Rez look to them – plenty of wireframe models make up the backgrounds with some colourful characters and shapes dotted around. Hitting notes can also set off additional special effects, so it’s not a static ride and these can also add to extra colours to the mix. It does look a little basic at times though, but the psychedelic & virtual nature of the stage design makes for crisp visuals that will work on almost any device, my PC and laptop didn’t break a sweat running Groove Coaster.

When it comes to actually displaying the game you are given a few option. Using 16:9 or 4:3 will give you borders on either side of the play area, but switching to the third option (1:1) is the best way to play. This switches the view vertically so it fills an entire 16:9 display in the same way that it does in a few shoot em ups, but will require physically rotating your display to get the view right. This likely wont be possible for many, but trying it on an old monitor I had lying around, it is definitely the best way to play as it adds to the arcade feel of the game. The other view modes still work well enough though and you won’t be missing out on anything, aside from most of your screen real estate being unused I guess. 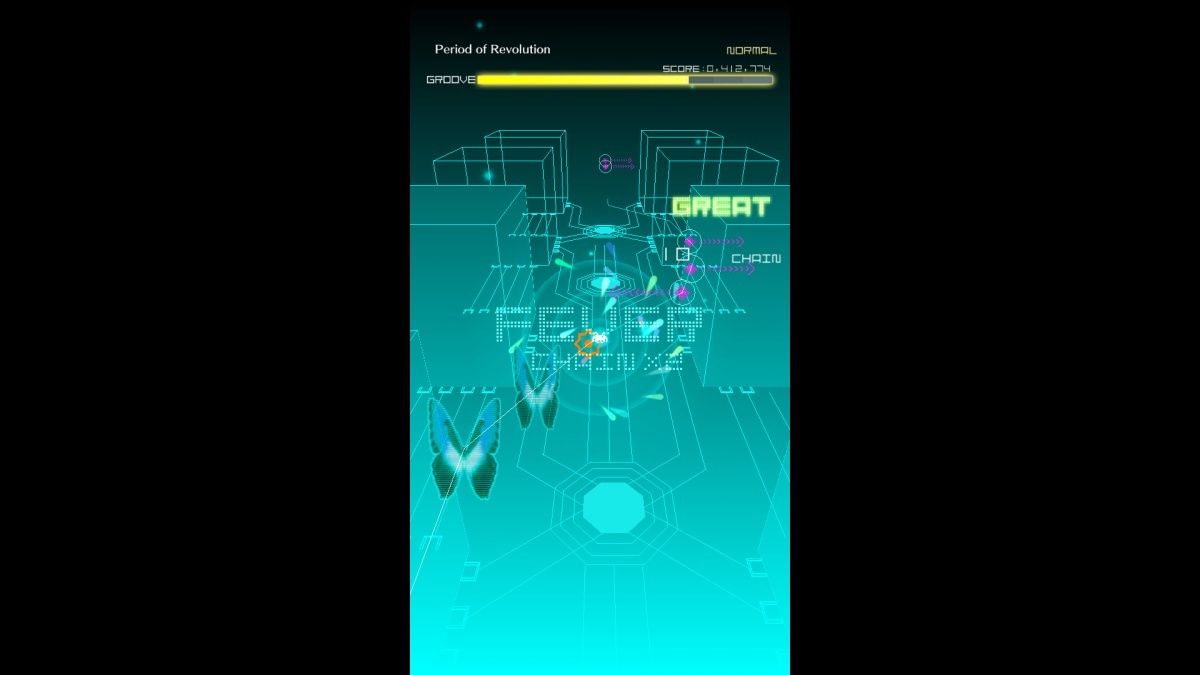 Gameplay for Groove Coaster is typical of a rhythm game, you have to hit notes to the music and the better the timing – the greater the score. Being a port of an arcade game means there are some tweaks to the formula due to the arcade machines featuring two ‘boosters’ (inputs) Starting off on the easiest difficulty, perfectly labelled Simple, is where you will get to grips with how the game plays out. Here its all kept simple with most notes only requiring holding or single press, only occasionally requiring both boosters pushed. It’s not until you bump up the difficulty that things get interesting, as is usually the case with rhythm games, with the game throwing in booster directions and additional critical inputs. The game has a neat aspect it refers to as ad-lib, which will have you continuing to hit the boosters on an empty track in the hope of hitting a hidden note. These are usually timed to the music and finding them nets you big points.

Things certainly get much more intense as you up the difficulty and start on tracks with a bpm over 250, but by the time you hit that stage of the game you should be relatively comfortable. Personally, as a fan of the genre, I find it to be an excellent addition to the genre on Steam that should hopefully grow with more songs added later. The only real gripe is probably with having to jump through hoops to get controller support. It does have it, alongside Steam controller support, but you need to go through the Steam overlay is any other controller is to be used. 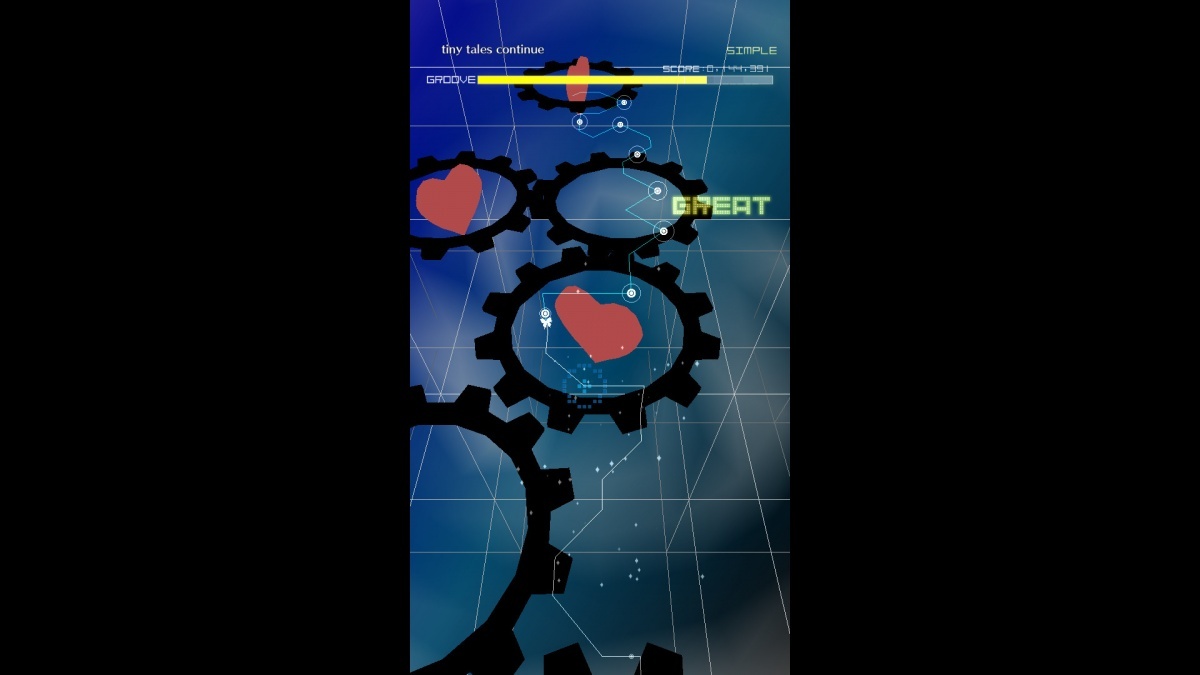 Groove Coaster does it’s best to bring an arcade rhythm experience into your home, and it pretty much succeeds. With several ways to play & view the game, your guaranteed to at least be able to sample the game how you want. A little more variety in the track selection & a little less grind for credits wouldv’e helped the game a little, but given more tracks are on the way there’s plenty of reasons to keep returning. A great debut for the franchise on PC.