Some legends have a habit of overshadowing the actual tale, Shaq Fu is one of gaming’s most infamous “Legends”. If you’re not aware of Shaq Fu, it was a cheap attempt to cash in on Shaquelle O’Neal’s mid 90’s “popularity by forcing him into a subpar, cheese fest of a fighting game.

Most people will cite Shaq Fu as one of the worst games ever made, truth be told it’s far from it. Such infamy has led it to garner somewhat of a cult status, culminating in a crowd funding campaign and eventually, this game.

Shaq Fu: A Legend Reborn discards the previous game bar a few cheeky nods, Shaq is now a Chinese Orphan with a mysterious birthmark and being hunted by the forces of evil.

To stop evil from winning our hero Shaq must embark on a quest to kill famous Celebrities that are weakening the public’s mental strength. It’s an interesting & quirky premise that rivals the sheer oddity that was the original and transcends it somewhat.

Unfortunately outside of it’s basic premise and some of the cutscenes, most of the humour and story in Shaq Fu: A Legend Reborn falls short of the hoop. Outdated Meme references, toilet humour and borderline racist comments are practically pouring out of this game with few genuine laughs far apart from one another. 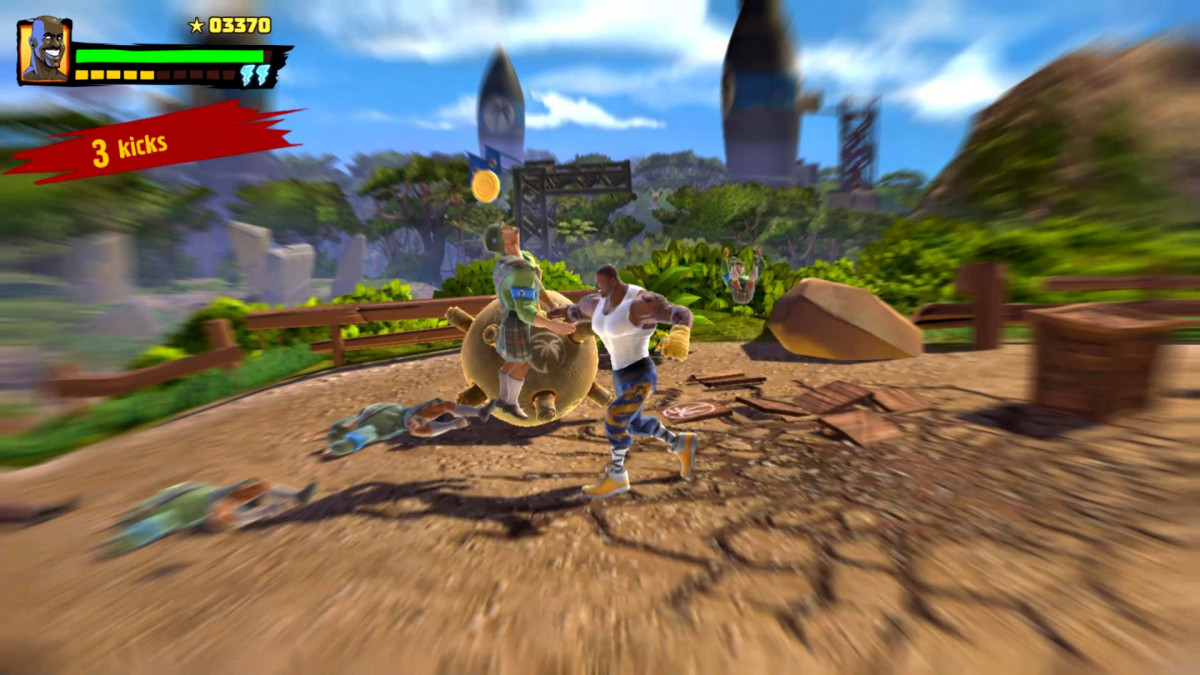 Graphically Shaq Fu: A Legend Reborn seems to have taken quite the hit from it’s initial screenshots which fell quite in line with the current gen of games, this game’s graphics would of been considered mid at best on the Playstation 1!. Outside of Shaq’s character model, none of the enemies look ok, everyone is blocky and has the least amount of charm to them in recent history, bosses suffer this fate too, even the flying ass!.

Another issue with the enemies is the lack of them and the lack of originality, every stage has a different theme and they adjust the existing 5 enemy types to fit them, in tone & not in gameplay, there is a distinct lack of enemy types and this will hit you fast!. 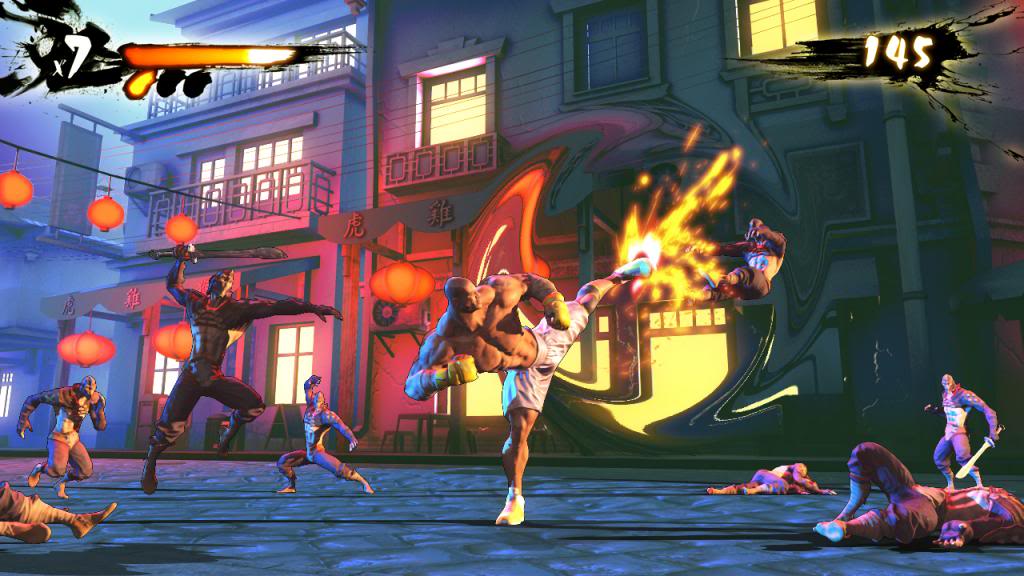 The combat in Shaq Fu: A Legend Reborn is somewhat of a mixed bag, it’s intially quite pleasing and for the most part does the job, random close up/slo-mo attacks and big boots are always good, unfortunately once again it manages to miss the mark in confusing ways. Enemies don’t interact with each other, you knock one into another one and they just clip through!, bigger enemies feel like unresponsive sponges and you don’t have that many moves to mix up the combat with.

The game does try to break up the monotony of some of the levels with “Costume” sections, Shaq will don a costume and continue to beat foes up in different yet really unrewarding way, still I did laugh at the Cactus costume when I got that.

Talking about the levels the game is only short hitting around the 3 hour mark and yet it still managed to out stay it’s welcome!. One of the major faux pas with the genre is when you’re game literally consists of left to right and nothing else, no train sections, no elevators, no nothing really, another game did this with a few slight deviations but this is the case of the sloppiest level design for the genre I have seen in a good long while.

I do have to mention that I reviewed the title on the Nintendo Switch and the initial loading time was literally in the 4 minute region and the strain it puts on your battery is close to Zelda BoTW levels!. 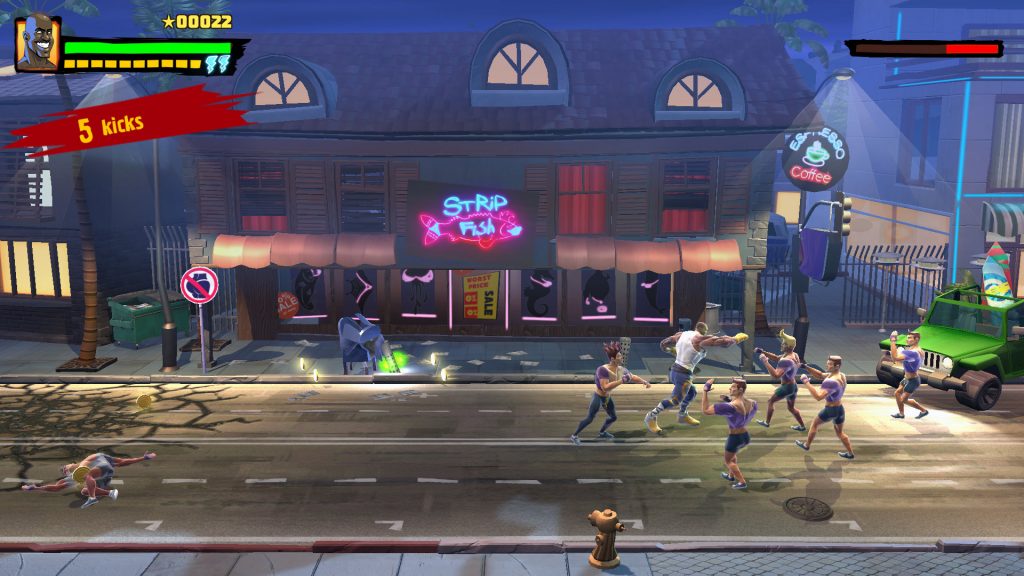 It’s honestly pained me to write this review, I was a “Fan” of Shaq Fu 1 and really had some high hopes for Shaq Fu: A Legend Reborn, now that I have suffered through it’s solo campaign (Multiplayer is apparently being patched in!) I have little desire to ever pick the game up. Between the shallow combat, level design, graphics and the off writing Shaq Fu: A Legend Reborn hasn’t really justified it’s existence and has only served the purpose of making me feel fonder towards the original!.