The latest title from developer and publisher Nippon Ichi Software released Friday the 30th of March in the form of The witch and the Hundred knight 2, and comes almost 4 years after the release of the original title on PS3. Lets take a look and see how the latest action RPG holds up.

The witch and the Hundred knight 2 sees you once again take up the mantel of the hundred knight, a magical being in servitude to the newly awakened witch in the world of Kevala. The is land plagued by a mysterious illness simply named the witch disease, that sees young children transformed into entirely different persons – deadly, powerful witches. Our story starts in a small village with a young women by the name of Amalie, who’s very parents were killed by a witch desperately looking for her sister who had vanished from the village unexpectedly only to return bearing the mark of the witch disease forcing them to flee as fear grips the hears of the villagers who sentence the child to death and so begins the search for the child’s salvation and the search for the truth behind the witch disease.

From my experience with the title thus far, and that I had with the original, I have to admit to preferring the story this time around due the the more investible characters and overall plot structure. Despite the toning down of the humor of the first title, that I personally liked, the more serious tone works for the storyline and cuts down on the clutter of visual novel story segments that the first was so fond of. With that said however there is still a fair amount of dialog to go through, though more story relevant. 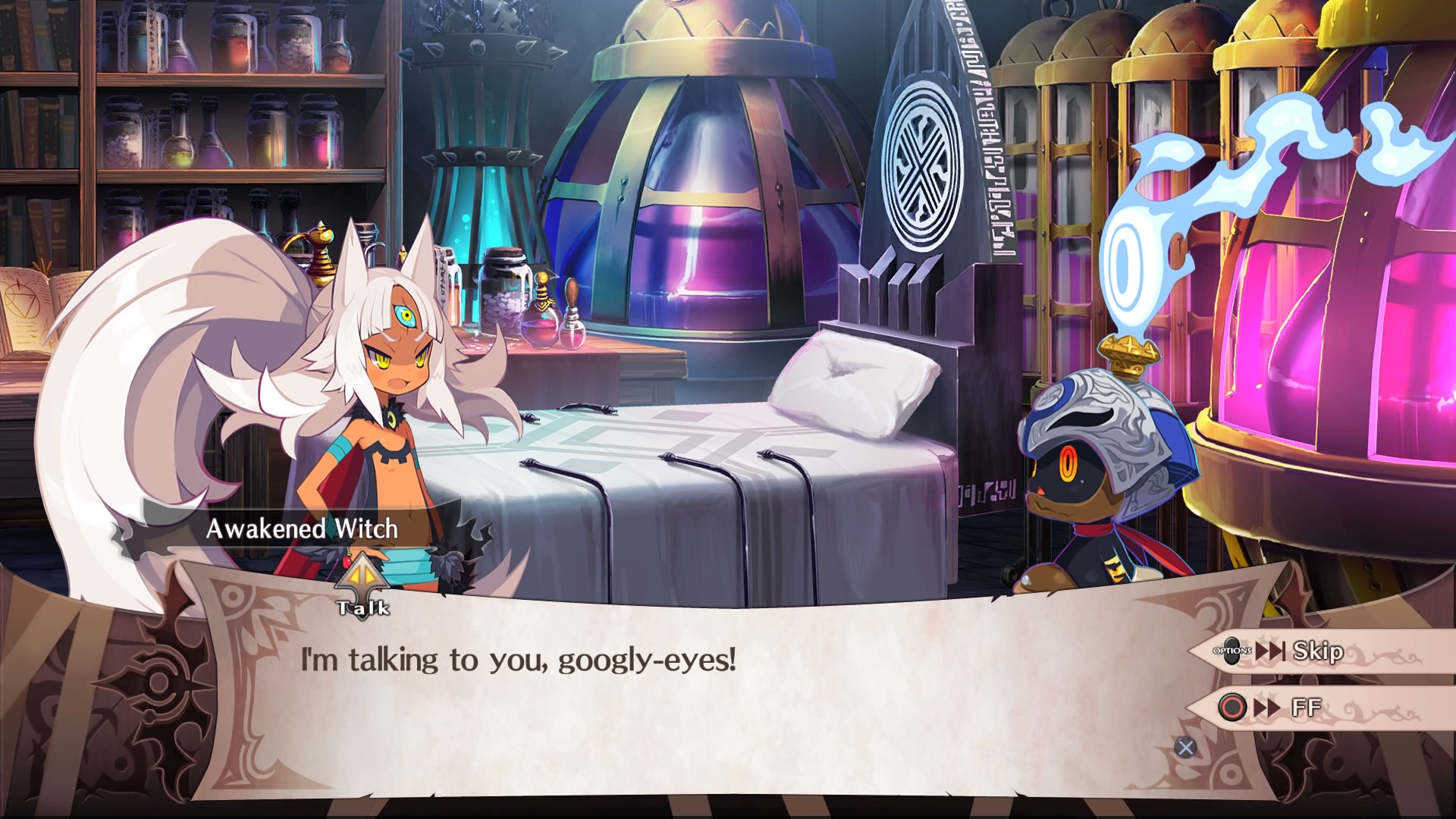 Graphically the game hasn’t come on too far from that of its older brother. In fact this statement holds true for the title overall. I find little reason to say it would have felt out of place in the same release window, to the point it seems most of the assets could very well have been lifted from the original, from enemies to loading screens and most of everything between. Fortunately for the title however, input seems fine with no noticeable frame rate issues overall. It may be a little unimaginative but it works, and if your already a fan of the series shouldn’t have any issues adjusting.

Another area that seems to return is the audio work from composer Tenpei Sato, however I can not fault it. Once more the innocent nature of each track fits into place were needed, despite the dark tones present in the story due to its slightly mischievous child like innocence paring with hundred nights personality and the games witchy facade. The title also boasts full voice acting that matches with the cast and there personality’s very well. 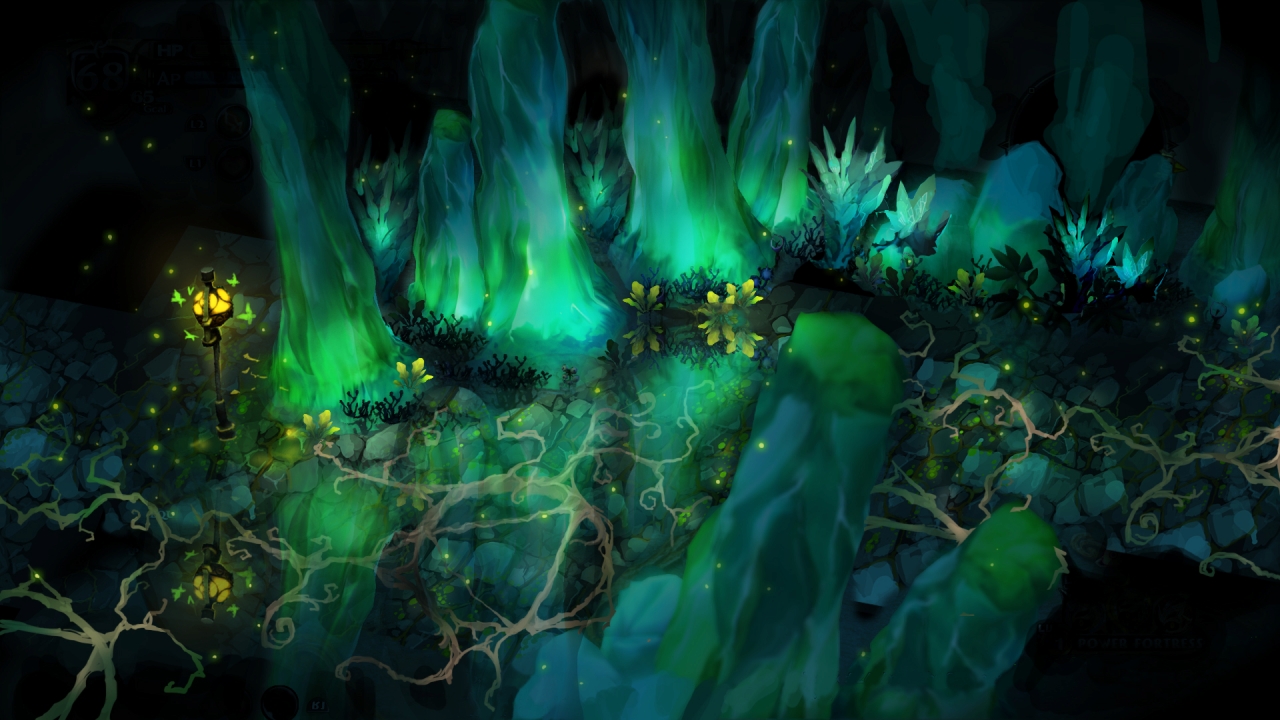 Gameplay for the most part sees you running around the world of Kevala as Hundred knight in order to progress the story by following one of the key cast members and ultimately saving there behinds. In the chapters conclusion this requires a fair amount of back and forth that can become somewhat taxing over prolonged periods of gameplay, even with the use of fast travelling, as you blindly follow the quest marker hacking through waves of enemies only to have your item bag fill up or Gigacalories (energy) run out and be forced to back track to the castle. In the initial few hours this is less of an issue and remains so if your only aiming to get to each story point, but as you progress and open up more optional areas it can become a serious pain – given that a single map zone can fill up your item bag with one of a billion item (slight exaggeration).

Despite the above statement however I found exploration and combat both fun and worthwhile, due to the increased challenges and rewards, as I loaded up hundred knight with classes and weapons – ranging from swords to scythes or hammers and magic launching staves. The wealth of customization allowed me play around with a huge amount of strategy to take down my foes and adjust when needed, as I progressed through each of the top down isometric pre generated zones packed to bursting point with foes of all shapes and sizes. It becomes apparent quickly though that no one strategy exists for victory and adaption on the fly was key. 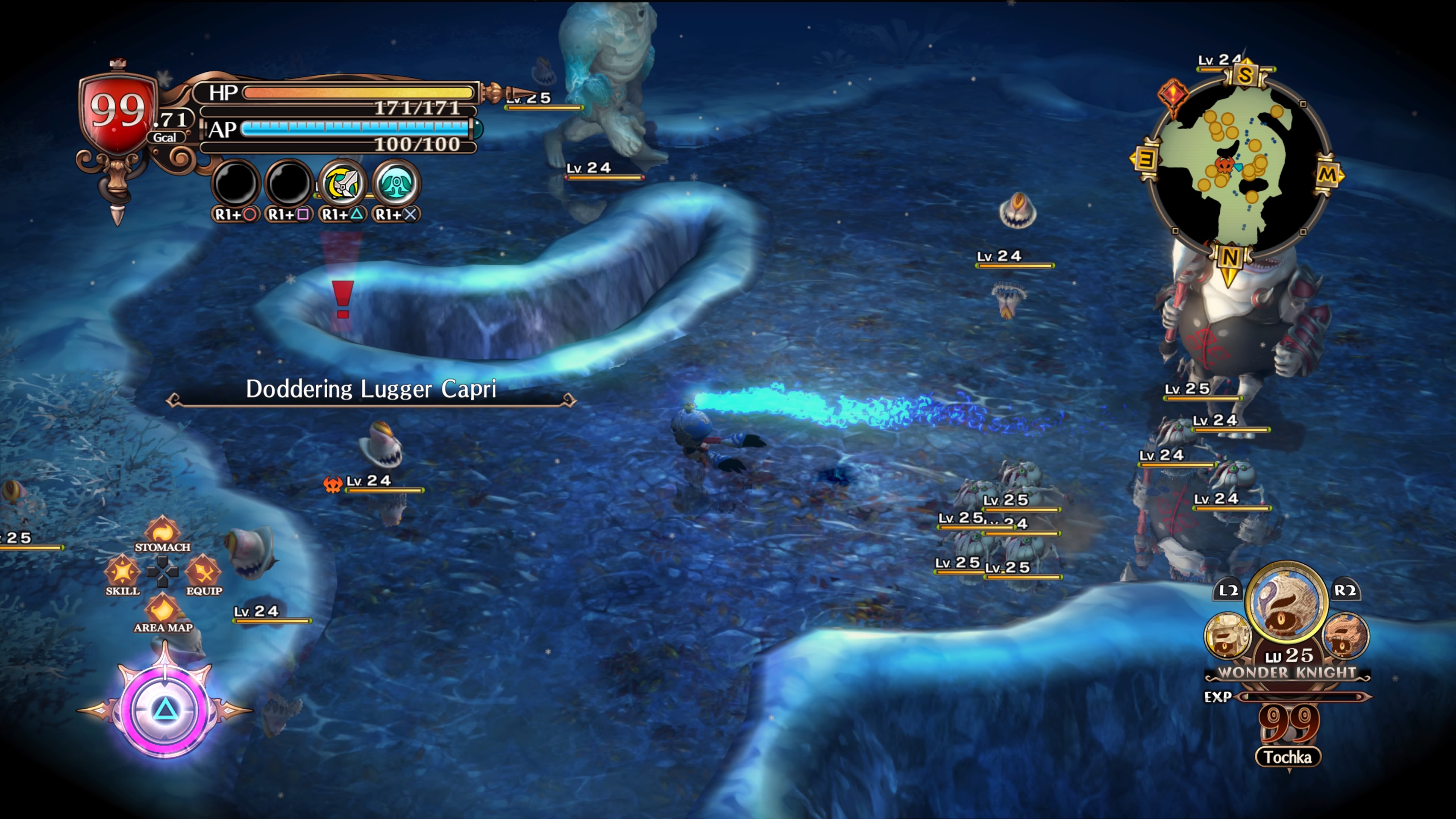 Over all I have to say that fans of the original should without doubt go buy this, chances are you’re going to enjoy it. However it does little to nothing new and those on a budget may well be just better off purchasing the ps3 title or even the ps4 version of revival. If however you have never played the original and are looking to try an action RPG like the one above, I’d recommend this one due to having a more interesting story and less clutter.