As is customary with games nowadays, Monster Hunter: World will be getting a patch on its release date to add various new features. You can view the full notes here but here are the highlights:

View all the cutscenes you’ve already seen in game. Monster Hunter: World is much more story heavy that previous MH games so this will likely include much more than just the monster ecology videos that previous games had. 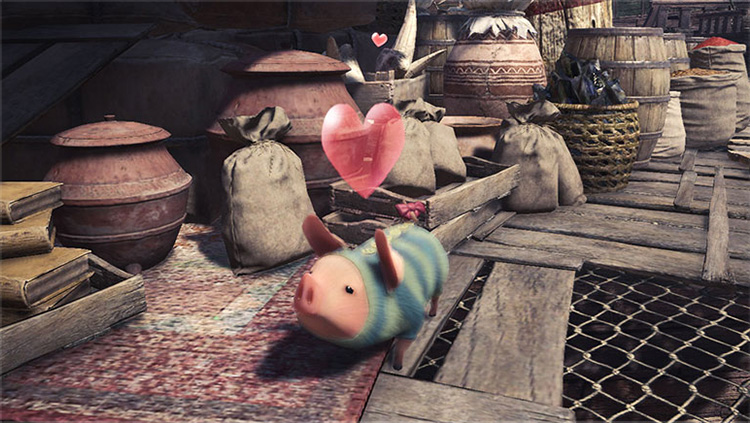 Those lovable little porcine’s are back. Previous games allowed you to dress them up in different costumes that you could earn or purchase, a feature that is yet to be confirmed but I would be surprised if it isn’t included.

Of particular note is the following tidbit:

In order to play the game online, the patch is required. Online questing is a huge feature of the Monster Hunter games, so i’d suggest waiting for the patch to download and apply before booting the game up for the first time.

The patch weighs in at 815mb so impatient hunters need not worry too much.