Operation Babel, or simply Babel from this point on, is a dungeon crawling turn based RPG from Experience inc and was published by NIS America across Europe. Babel is available both digitally on PSN and physically. With an all new storyline and the addition of a few new systems, lets see how it holds up against its predecessor – that scored a 4/10 with us. Right off the bat I could have almost copped our previous review word for word, only changing the details of the story, but is there more to this than simply a mild name change? Will the Xth be able to save it or is it destined for code erasure? Read on to find out.

Babel takes place after the events of its predecessor Operation Abyss: New Tokyo Legacy, a new threat aptly code-named “The Embryo” looms over the city and the Xth squad, High school students with the ability to use code technology are all that stand between the world and utter destruction. Under the instruction of the Code physics agency these children are the last line of defense against the variants trying to destroy human kind. Tasked with everything from eliminating variants to search and rescue, you and your squad must overcome powerful foes for the sake of the world.

Those that played the earlier title will be able to sink into this story line with relative ease, though completion of the previous title would be of some help. Babel manages to recap everything and fill in the blank-spots for newcomers, even asking if you require a recap or explanation. Early on I found the story a little more gripping than that of abyss – a much needed factor overall. One of the main points I’ll raise is the increase in actual risk factor. Babel, unlike Abyss, seems to up the anti here with it being a lot clearer that if you fail the cost will be catastrophic.

Graphically there is no reason fans of Abyss shouldn’t enjoy babel as 99% of the assets used stem from the previous title (with only a few additions in terms of cast and foes) All lay out in a graphic novel style that is common among games of the genre. Much like abyss, babel offers two game play modes. Newcomers (should they choose basic mode) will be greeted by a word right out of a Manga or Anime with party avatars often fitting the hero profile of the media, with a bright and vibrant world full of technological wonders and the dark, dank and somewhat creepy dungeons. While those that go with the classic mode will see a more retro RPG theme, sadly this only affect’s the user created cast, but offers a lot more customisation on creation of a party member that I honestly prefer. Overall it doesn’t do much to break Experience Inc’s usual mold, but in the end if its not broke why fix it? I will add as a call back to our Abyss review this – STILL NO STAIRCASES? You put in doors that never open but not a broken staircase!?

In terms of audio there isn’t much to say to returning fans and newcomers who will likely see it as typical of the genre. There is very little that stands out here, And again I go back to my previous mention if its not broke why fix it? It does the job in the way it needs, from the chilling monotone of “is there something going to jump out at me” to the high stakes “battle for humanity” upbeat battle tracks. But other than that stays un-remarkable on all but a single point, and not in a good way. Though its not the only title I’ve seen do it, what is with the death cries? Did you only have two audio tracks left for it? “dude getting punched in the gut” and “banshee wail”? I mean how do you hit the perfect middle ground of good and bad the until the most heard sound in the whole game? While the male(esqe) foes seem to die with the sound of stubbing there toe or a 80’s zombie getting hit on the noggin, the women(esqe) seem like a complete over acting, like a death scene from a budget college film. (I apologise to any college film makers reading this, I’m sure your film is better) 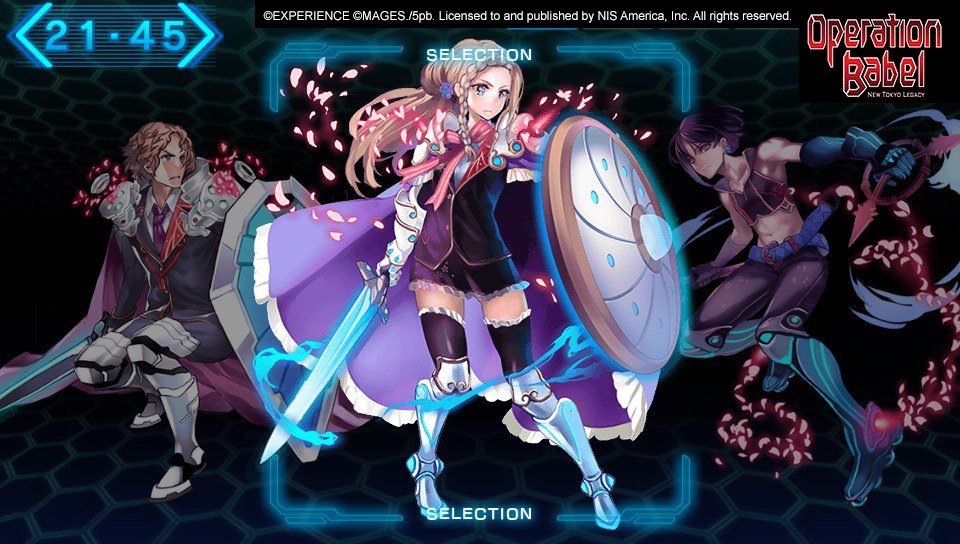 In terms of gameplay, I have to hark back to our review of Abyss and Vincent’s review of it that says it best with “the single biggest gripe of the game for me personally. It is a mess, no two ways to say it”. Having to access menus to get information to then back out of the menu and into another to menu to actually use the information is tiring, and even when a menu does lead to something useful – quite often it is either mislabeled or doesn’t make sense. The craft menu actually breaks down your gear to core components, Boost applies upgrades (if you have bought the right stuff from a totally different menu of course) and Affix is how to apply elemental effects, all very easy to learn but would have been bearable with a little streamlining”. I stand behind him wholeheartedly with this. There is no attempt at streamlining this whatsoever and while its usable and eventually second nature, people just picking this up would be forgiven for passing over things or being a tad lost sometimes.

Fortunately its not all doom and gloom as there is a brand new system that works miracles in addition to blood codes i.e classes. We now have sub codes i.e sub classes, and I understand this may seem underwhelming at first being able to add those almost useless classes such as academic that seemingly only have only one use, however major that use may be. The difference it makes is a god send. In Abyss I had to carry one of these squishy useless guys around with me to avoid the dreaded poison stat ailment only for him to explode when a foe looked at him. Now however put that sub code on my assassin and I have a useful battle member than can disarm traps or a mage that can heal or a medic with the ability to set fire to foes. And if that was not enough you can even equip an item that allows your assassin/trap manager to cast a fireball too! This opens up a whole host of new customisation options to seriously aid you in your adventures.

However that is not all there are now multiple items that allow you to alter the enemy level, both up and down, tailoring those annoying difficulty spikes to your needs without hours of grinding away. Again this was a much needed addition, going 6-7 hours between events in abyss because you had to grind out 3-4 levels was a serious pain, more so when the game spiked 10 levels higher than you. 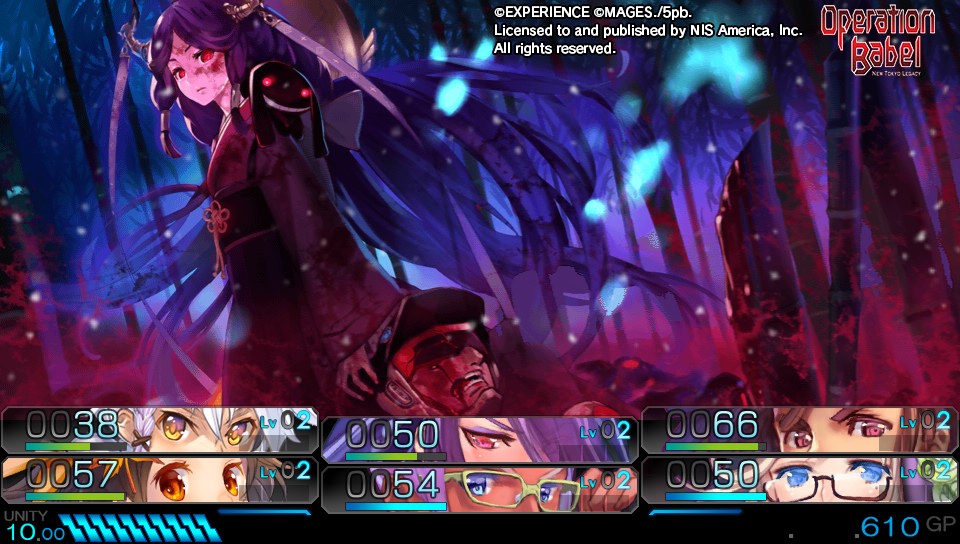 Overall I have to say Babel is superior to its older brother, yet still containing some of those genetic flaws. I would recommend this over Abyss to new players, they should be able to pick it up without worry such as missing out on story and will find that it flows much better in terms of story and game play. New fans should feel right at home in this advanced take on the Operation universe and will likely enjoy it much more than abyss for the same reasons as the newcomers. While an improvement over the last, any future title has a few tweaks to make – namely a new set of menus but I wouldn’t be unhappy to see another regardless.