Victor Vran is a relatively successful action RPG from the Bulgarian independent development studio Haemimont Games. This Overkill Edition, published by Wired Productions, is an expanded & improved version of the game – with a release now on consoles alongside the PC. Will the new additions please previous demon hunters and entice new recruits to the hunt? Lets find out. 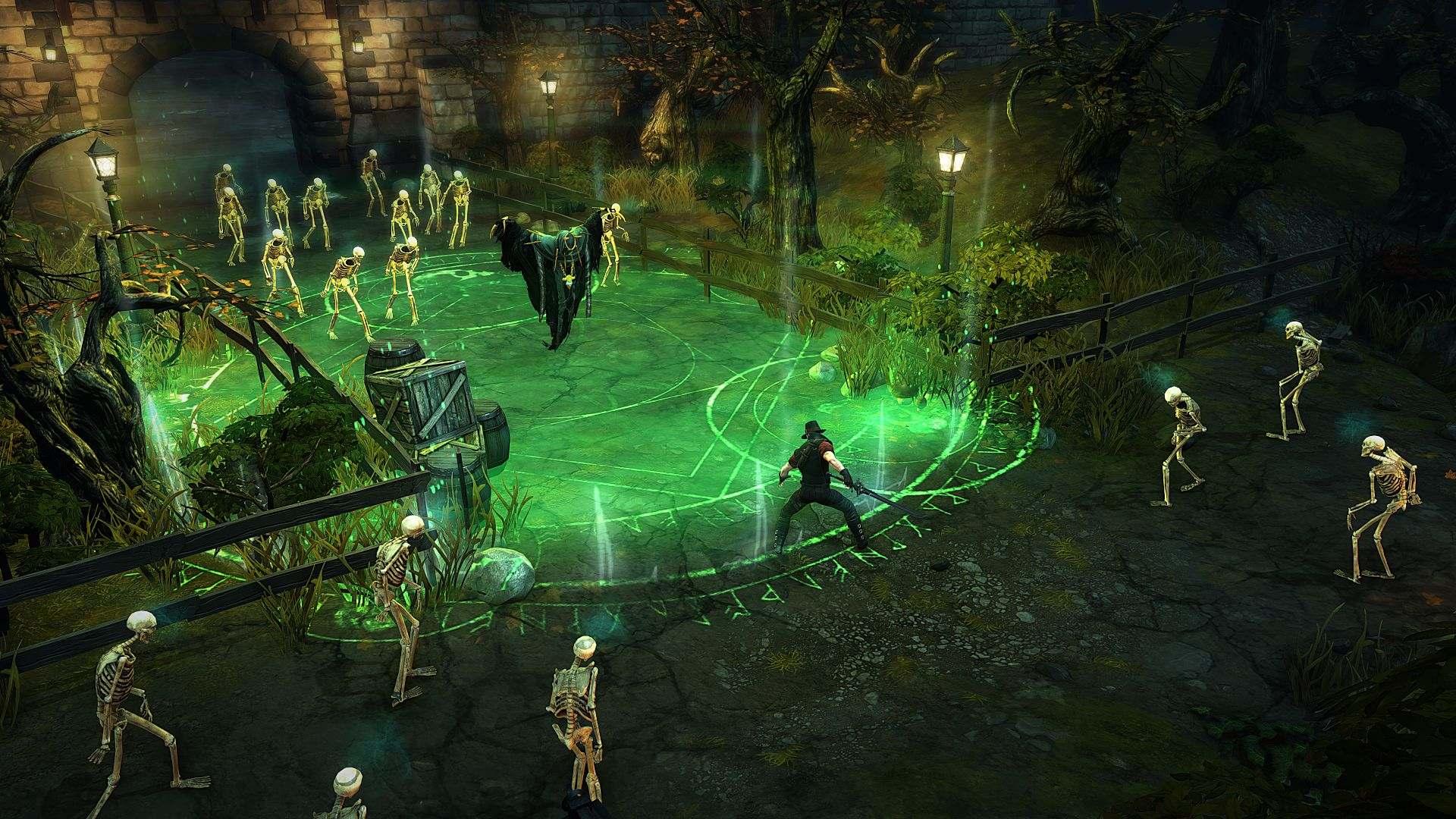 Victor Vran: Overkill Edition follows the exploits of Victor Vran. Victor is a demon hunter that has gained the ability to also wield demonic powers just like those he’s out to hunt. After receiving a message from a fellow demon hunter trapped in a city overrun by demons, Victor makes his way to Zagarovia. Upon fighting his way into the town and reaching the castle, the last vestige of safety in the city, Victor speaks with the Queen in the hope of gaining information on where to begin looking for his friend, and she fails to convince him to stay beyond that and fight the demons. Will Victor Vran change his mind as he fights through the streets littered with demon hunter corpses?

Whilst there are a few FMV’s, most of the story is played out via conversations with characters. Here you get a couple of sprites talking back and forth, these sections tend to be fully voiced which helps as the sprites aren’t really animated. The story is a little weak to be honest. It plods along in an expected fashion and from twist to twist just as you would expect, for the main Zagoravia story arc mentioned above at least. The good thing about this Overkill Edition is that it features additional stories to play through (Fractured Worlds & Motorhead: Through the Ages), with the game keeping each separately saved so then you never loses progress if you decide to switch to another campaign. A nice touch. This gives the game plenty of content to get through and more than enough hours can be spent collecting the additional weapons, cards, spells etc in this expanded release. The 4 player co-op will also no doubt add even more hours to your playtime. 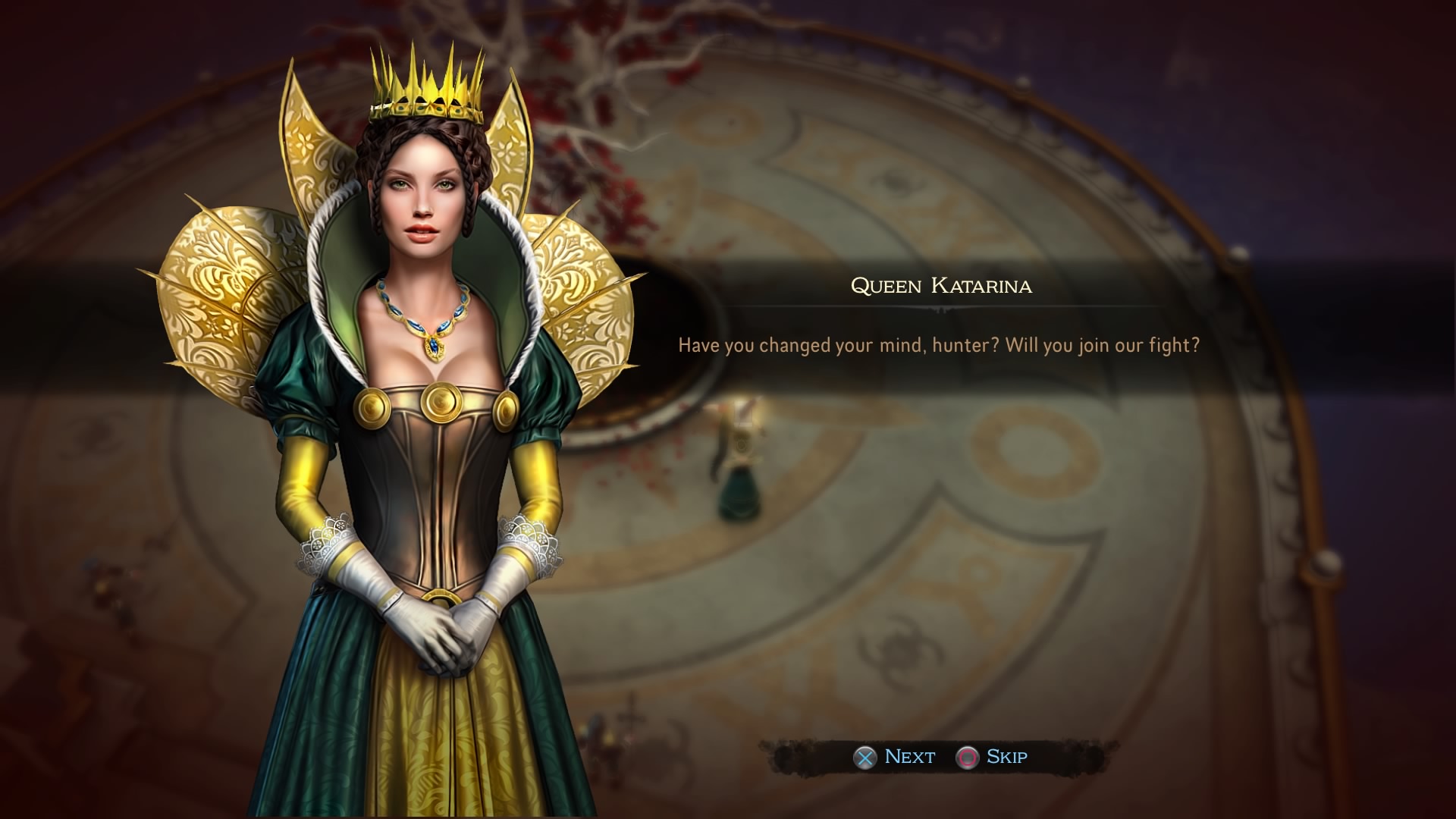 Whilst the lack of animation during dialogue can be a bit of a downer, things are much more dynamic once you get out into the world. Each world is suitably styled, with the numerous enemies you’ll face within suitably styled. There’s a decent amount of variety in design too as there’s usually a few different types of each foe – though you’ll still face a lot of the regular looking fodder ie skeletons. Variety can take a bit of hit too when it comes to the dungeons, there’s only so much you can do with crypts & caves after all – though it doesn’t look bad. The additional campaigns to play through offer some much needed variety to the presentation, Motorhead: Through the Ages being a highlight. There’s a good amount of detail to the areas & models, with plenty of destructible objects dotted around you can dish damage to. Once the fighting starts there’s also plenty of flashy effects & spells that create a good light show in the heat of battle. All of this doesn’t seem to have an affect on the games performance either. It pretty much sticks to its locked framerate of 60fps doggedly, only a few minor instances cropped up during my playthrough that were noticeable before things leveled out again. The audio seemed a bit lacking for me though. The BGM was pretty standard for a dungeon crawler, same with sound effects, so little made it stand out in that regard. Like I said earlier, the conversations are pretty much all voiced, which is nice as some of this games peers don’t feature that. 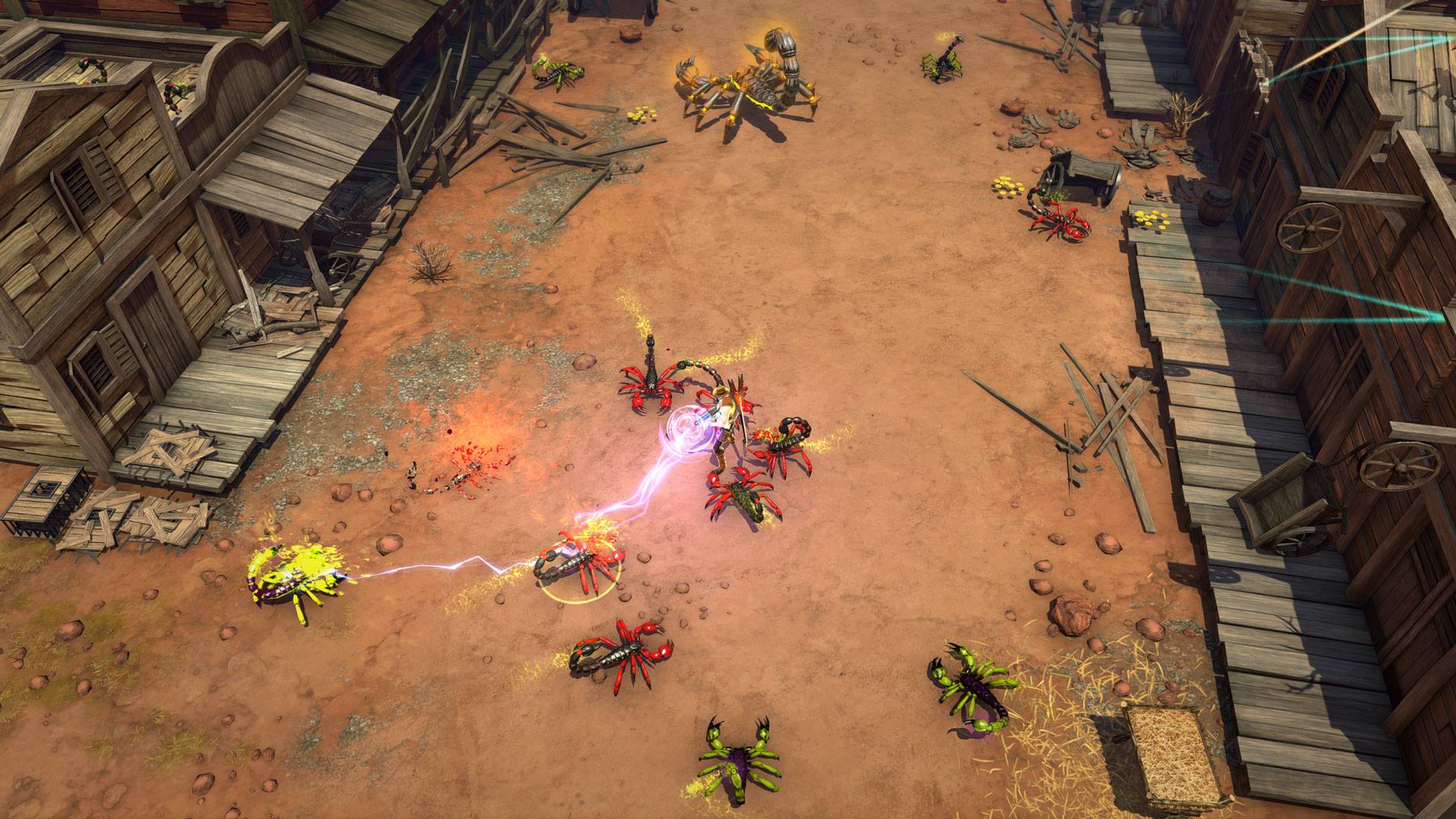 If you’ve played anything like Diablo or Torchlight etc, pretty much any modern dungeon crawler, you’ll feel right at home with this game. The isometric view gives a solid overview of your surroundings, which are relatively open when not within a dungeon allowing a good amount of exploration for loot chests & secrets. Loot is always a key component, and this game gets it about right. Your not showered with loot, nor is it meager with the rewards – loot is usually given when you’ve earned it. Dispatching tough foes & rooting out secret chests nets the most loot, smashing up peasant skeletons will net you zip. Things start to pick up with the combat once you get further into the game, especially once the second weapon slot is unlocked. This lets you carry 2, preferably one ranged & one close quarters, which can be switched on the fly. You’ll also unlock additional destiny cards (gives you additional passive abilities) and demonic powers as you level up, unleashed by powering up your overdrive.

To be honest it does suffer from being similar to most other games of this type though. You get a mission, go to the area, pummel your way to the dungeon, clear the dungeon then return to the hub for another mission. The game offers up plenty of ways to customize your character to fit your overall play style, but this basic genre structure will always be there nagging away at you. The gameplay itself is really slick and good fun to play, so it can overshadow this niggle I had with it easily enough. Last thing on my mind in a skirmish as I dodged attacks & swung a hammer was that I’d been in this situation regularly before. There’s a tactical edge to the game that does a good enough job of mixing things up for the mountain of encounters you’ll have during the course of the game too. 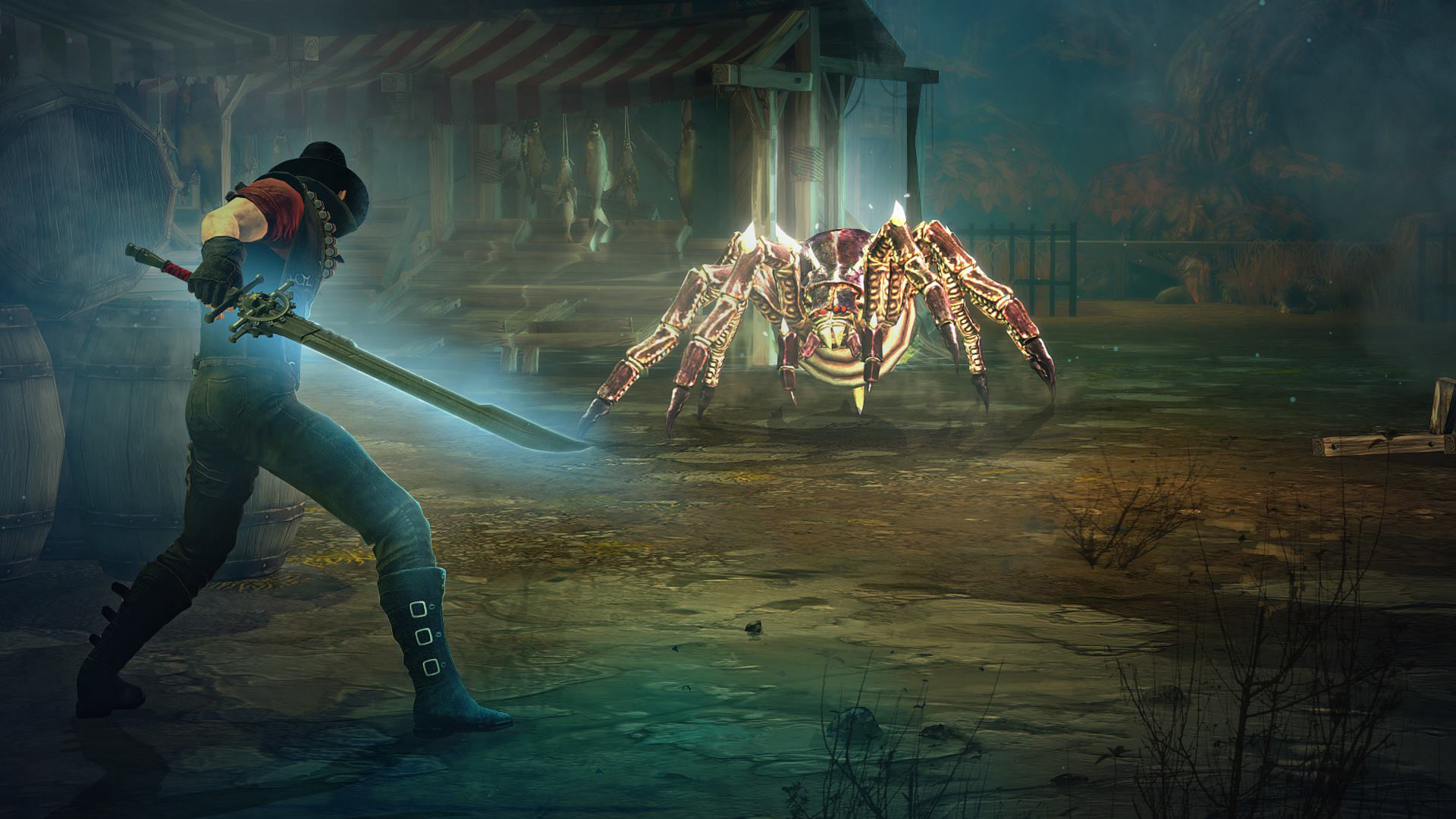 Whilst there are some aspects of Victor Vran that are pretty generic and par the course for the genre it sits in, It counts where it matters. The gameplay is really good once you start customizing Victor to fit your style, and the additional content means there’s plenty of loot to gather & demons to slay in a variety of locations. It may not be as flashy as others in the genre, but it can stand shoulder to shoulder with them on gameplay terms and will entice those seeking new dungeons to plunder.