As seems the norm for fighting games, there isn’t a year that goes by without them getting some kind of an upgraded version, especially if it’s an Arc Sys property. Guilty Gear Xrd gets it’s third upgrade in the form of -Rev 2-. Will this update be worth the money or is it just another over priced DLC? Read on to find out!.

Reviewer note: The bulk of this review is a reprint of our original Guilty Gear Xrd -Revelator- review, only this top section will touch upon the new additions as for the most part this review still stands for the product – Andi.

If you are coming in to this title with “What’s a Guilty Gear?” mentality skip this paragraph and read on from that, if on the other hand you are wondering if it’s worth the upgrade price? then here is where you need to be!.

-Rev 2- as an upgrade contains several additions, for those who didn’t purchase the -Revelator- DLC you have Dizzy, Kum & Raven. To help sweeten that blow there is now additional scenes for them in the Episodes mode which help flesh them out as cast members. Talking of characters the main selling point of this upgrade is the inclusion of fan favourite samurai Baiken & new original character the desk jockey ninja Answer.

The two “new” characters fit perfectly within the already stacked roster of Guilty Gear Xrd, come complete with their own gimmicks and both brilliantly animated to the standard of the original roster. Baiken plays just like she used to in previous games bar Status effects where as Answer is more of a set up character requiring mastery of stage and situational awareness. Both are an utter joy to play and help further shake the roster up breathing a little more life into the Xrd series.

Current characters have all seen some tweaking causing the game to feel familiar yet handle slightly differently, this will help newcomers jump in and keep the hardcore players on their toes both in it’s collection of offline and online modes. 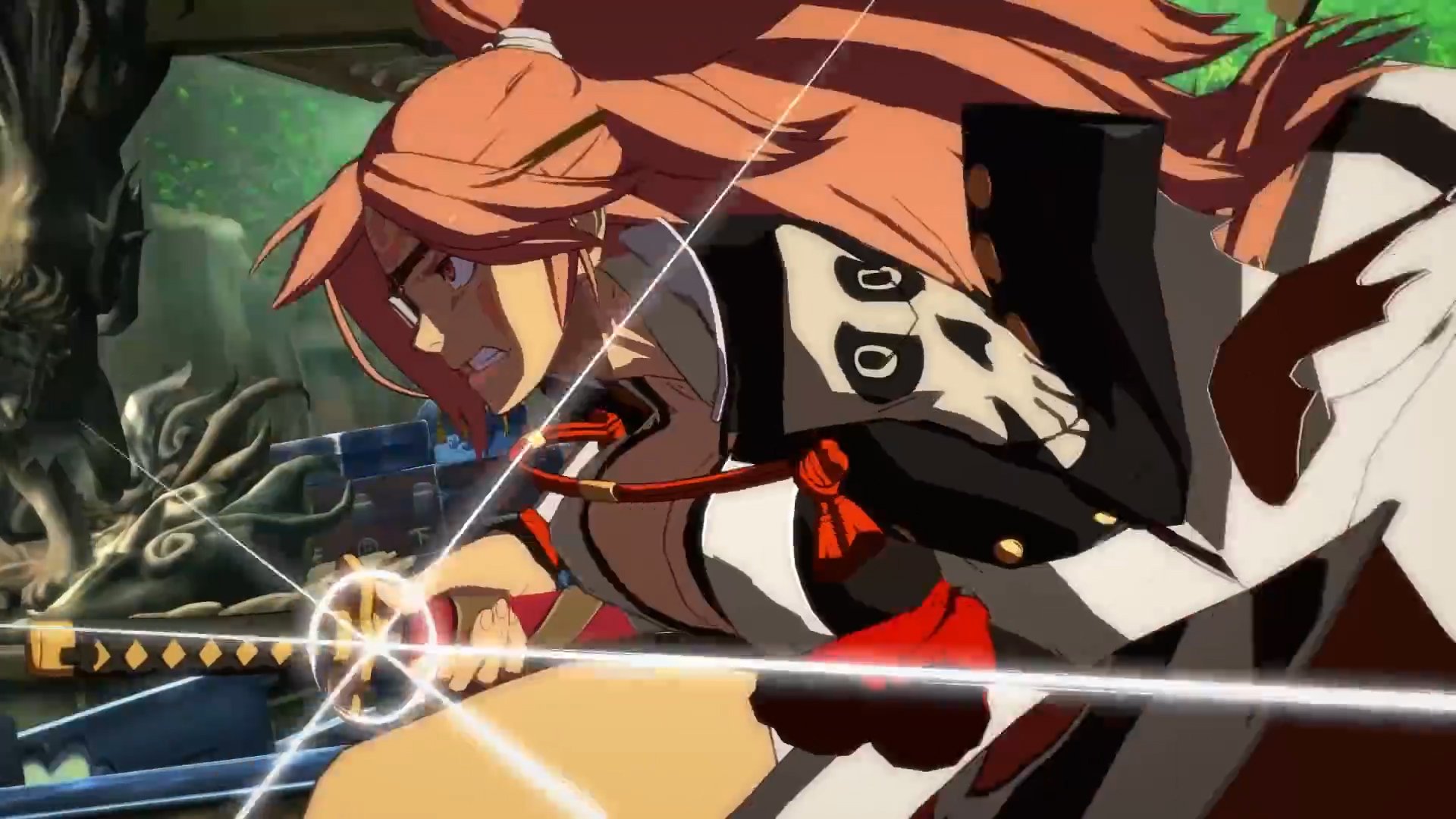 The final notable addition for -REV 2- is an additional story in the games epic Story Mode, this “After Story” section sets the events rolling for the inevitable 3rd title in the Xrd series (counting this one as an expansion and not true sequel like -REVELATOR- was to -Sign-) & also includes one of the most grin inducing scenes of the whole series. In all honestly the additional story content could give a little more and there is currently no word on if they will be patching more in like when -REVELATOR- first launched but what little there is works. 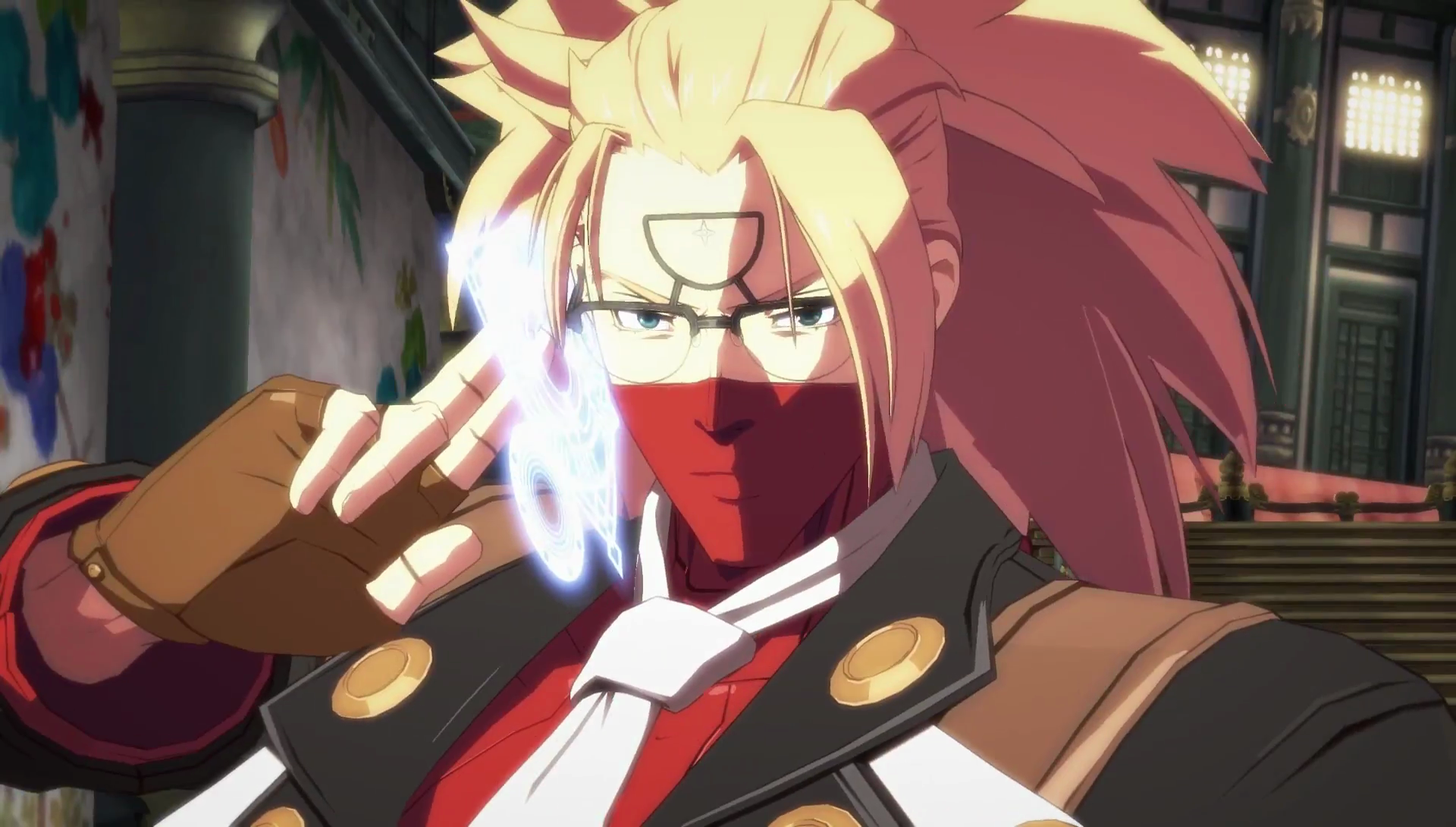 This is the perfect time to jump in with Guilty Gear, the game has seen a new lick of paint, 2 additional characters and character tweaks will benefit both new and old alike. The tutorial is still the best one on the market and the game looks gorgeous. If you have a love of fighting games or even just slightly interested by the genre Guilty Gear Xrd -Rev 2- easily stands alongside it’s peers such as Street Fighter V and the recently released Injustice 2. 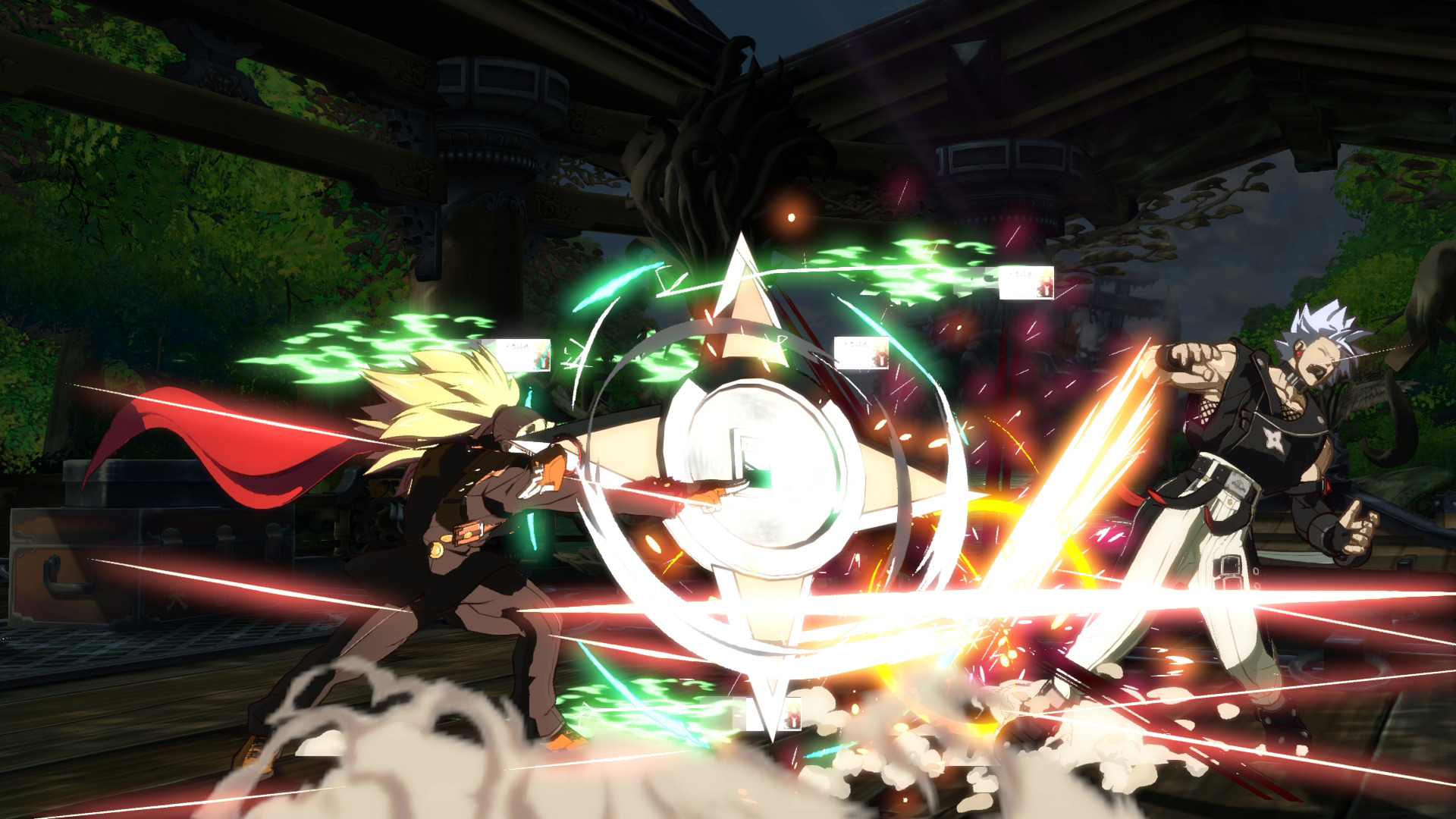 Guilty Gear, for those unaware, is a 2D Fighting game in the vein of Street Fighter if it was given an anime art style, force fed heavy metal and took truck loads of mind altering drugs or simply Street Fighter turned up to 11. Guilty Gear Xrd -Revelator- is the latest in this long running series which gained quite the cult status around the times of the Dreamcast with the exceptional Guilty Gear X. The series is known for it’s over the top art style, blaring heavy metal, crazy cast and intense amount of features within game play & this latest entry is no exception. 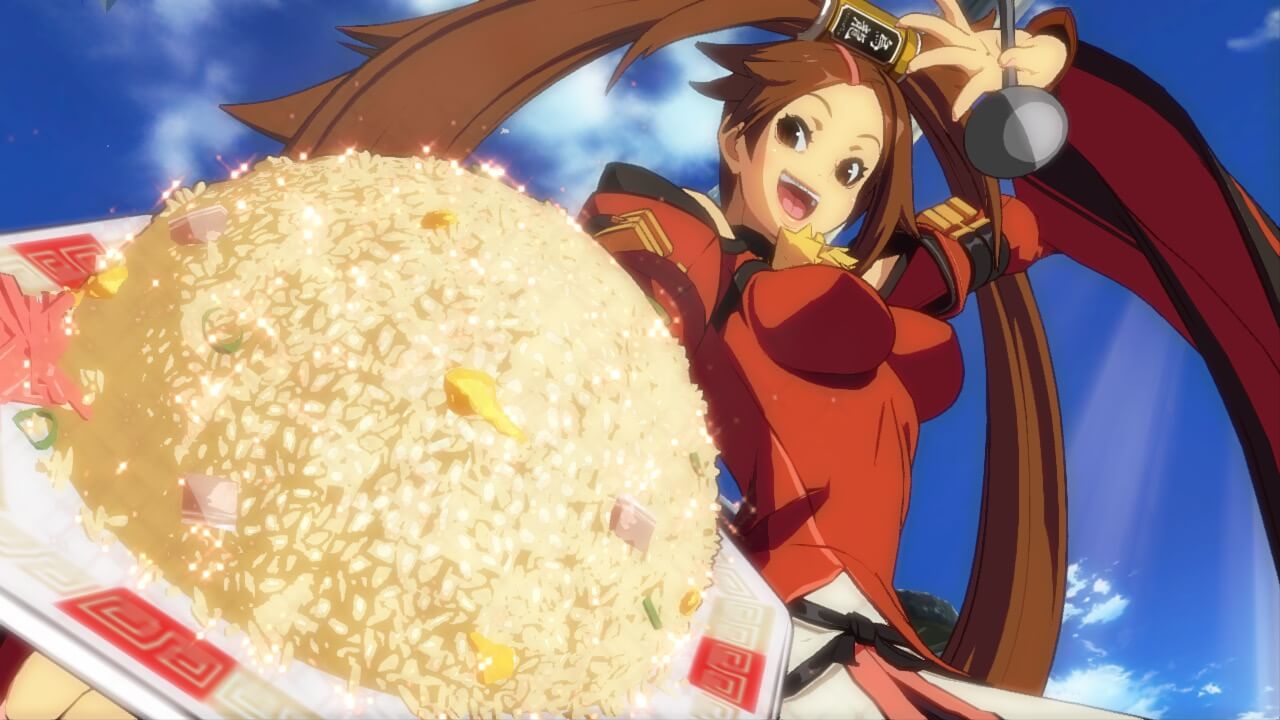 First thing you’ll notice off the bat with this title is just how good it looks, seriously Arc have done wonders with the Unreal (3) engine. Visually the game looks like you are playing a quality anime battle scene, fast, vibrant and visceral are just some of the ways you could describe it. The characters are all beautifully animated 3D models giving it the look of a well crafted sprite based brawler. Every character has such a unique look to them and none of them seem anything less than appealing, the stages as well are full of life and are really wonderful to look at while you’re not getting smashed into pulp. In XRD you are presented with everything a good battle requires, flashy effects for swords clashing, over the top anime tropes for weapons, stage damage and more emotions in the characters than you can shake several sticks at.

Naturally you’ve got the visuals all locked down so what else could you need? Well slamming heavy metal to really drive that combat feeling home of course! One of the main things most fans will rave about in regards to this series is the music and they are quite right in their boasts, Guilty Gear Xrd -Revelator- has one of the best soundtracks presented in a game since…….. Guilty Gear Xrd -Sign-. Yes i’m quite biased when it comes to this series musically, the sound directors have managed to create some brilliant rock tracks and some quite haunting classical style infusions, beautiful stuff really suiting the game and the high octane fights you’ll be taking part in. The voice work is all original Japanese dub which is a shame as the English dub in SIGN was quite pleasing in my opinion, this gives birth to the problem that is the translation. When I went through the story mode in this game (04/06/2016) the translation in several sections have typos, odd sounding sentences and even in one scene was completely missing with no explanation. 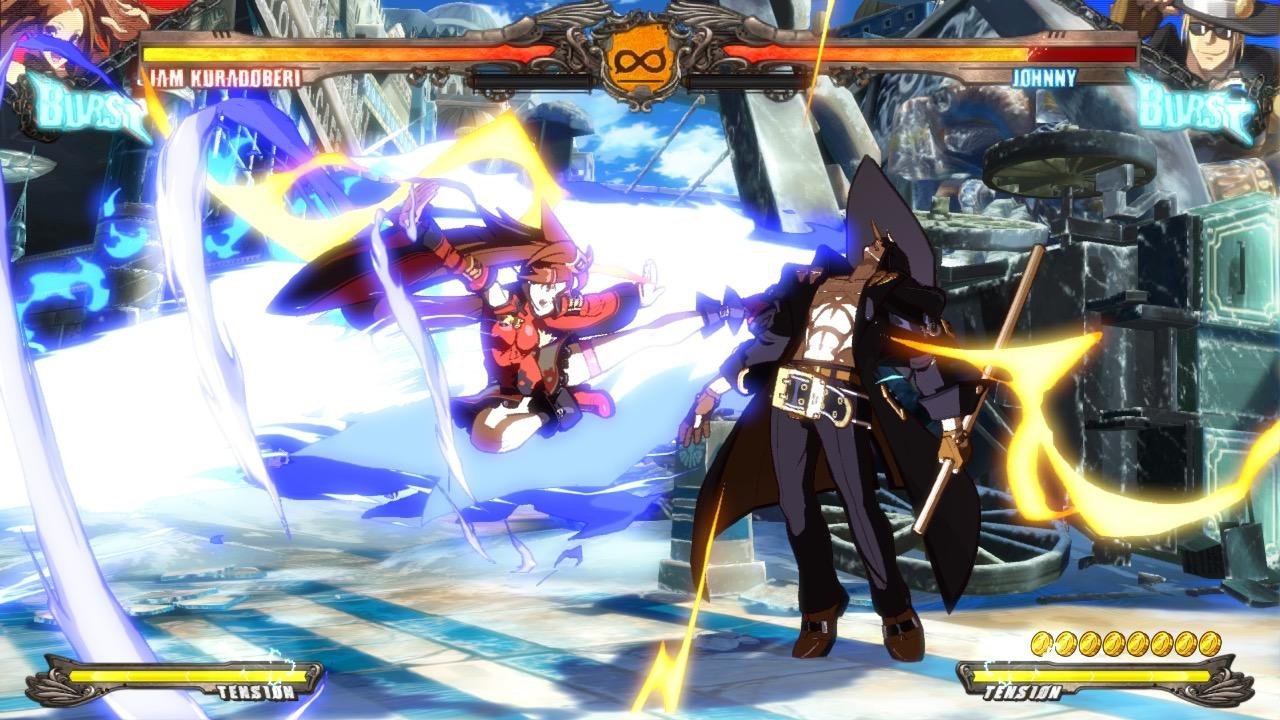 So the game looks and sounds fresh but this isn’t a Visual Novel (bar the story mode) so just what’s on offer and more importantly is it worth it?. First off the game is covered in modes and menus for you to sink into, you have the standard Vs Battle, Episodes, Online battles, Gallery, Story Mode, Training Dojo & M.O.M Mode.

The Story mode is essentially 2 hours of reading and watching as the story unfolds in front of you, following on from the events of SIGN which are briefly recapped in the first 5 minuets you are treated to around 2 hours of conspiracy, lore and plot building, sadly very little actually happens in regards to conflict in this one. The story is very much the obvious 2nd in a trilogy, it’s there to build and further events leading into the conclusion which will no doubt come along with the yet to be confirmed but totally coming XRD 3 which i’ll dub XRD -Effigy- for the time being. If on the off chance you are new to the series or just a little rusty REVELATOR comes with the handy in game compendium to get you properly versed so you’ll know the difference between the Universal Will & Gears.

Online is the usual affair of Ranked or Casual but with an amazing effort put into the Lobby system, you can wander around, sit at various arcade machines awaiting your next match up, chat away using various comments or just spectate, it’s endearing to see how much effort was placed into this to give it a real arcade feeling. Following on from that you have the Dojo, here you’ll learn all about the various mechanics of the game from walking to Roman Canceling and BURST, the tutorial is done in such a charming way I can’t help but suggest even series vets pop in to have a look. You also got the practice room in which you’ll spend countless hours stringing together combos and seeing what works best before diving back into the online with the helpful yet hardcore community. 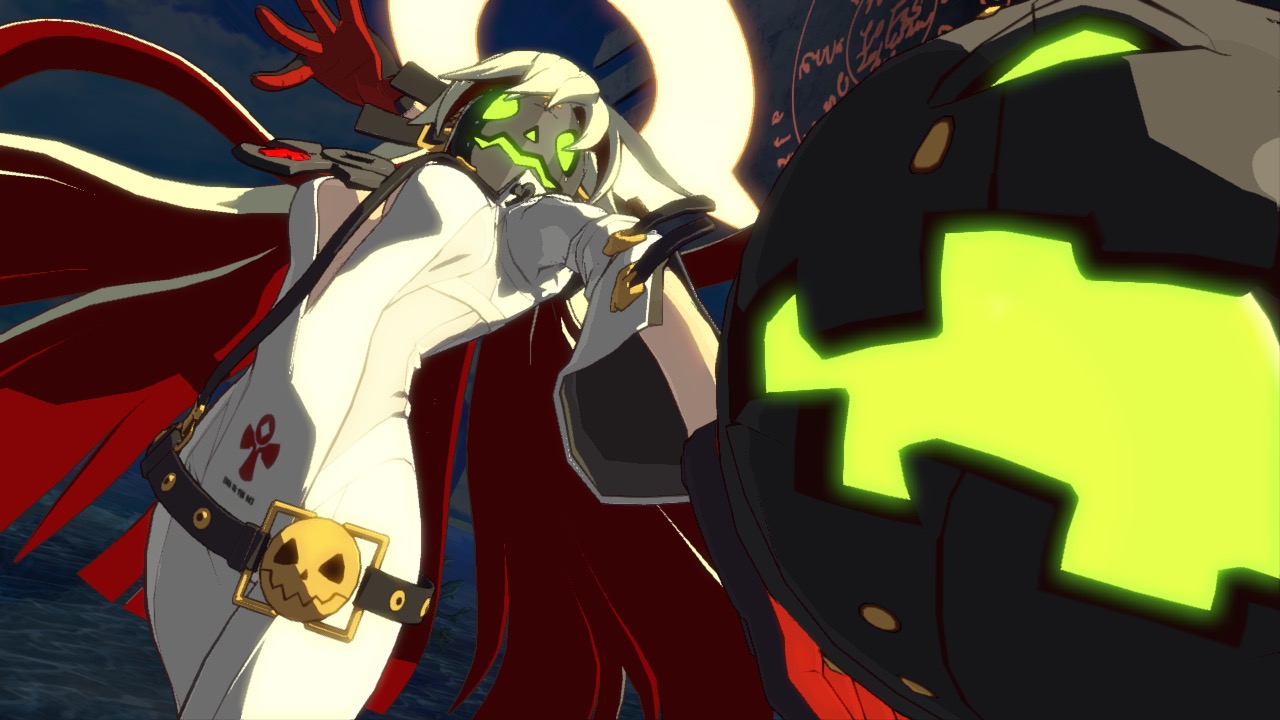 The game is also stacked with more offline content, you have the gallery mode where you can view artwork, videos or listen to the soundtrack or if you are feeling flush purchase new content in the shop there. Most actions in the game reward with you $WP or World points, these are spent here to buy content such as artwork or characters. You can also use WP to go fishing which work as sort of a loot box system, taking a gamble on artwork, avatar items and so on, just another distraction the game offers you which is worth looking into. Finally we have the Episodes and M.O.M Modes, Episodes is basically the arcade mode of the game, set the day before the events of the Story mode where each character has some extra story content. The game also keeps it interesting by scaling your opponent in regards to how you have been playing, here you can also earn awards for various styles of play and try to top your high score. M.O.M mode is an enhanced survival mode, here you’ll earn Millions of Medals (oh yeah!!)  fighting enemies with different attributes and items that you and them can use throughout the match. It’s one hugely enjoyable time sink and as such is quite the WP earner, you’ll be spending most of your offline time here, earning more medals to buy items to get further into the mode so you are overflowing with lovely WP.

So the music and graphics are tight, it’s covered in various modes which are all good but “how does it play?” I hear you scream over the blaring heavy metal, honestly to use GG terminology “It Rocks”. As far as 2D fighters go REVELATOR is one of the fastest, tightest and most fun to play at any level, it looks stunning and flashy for newbies, it’s got one of the most widely covering tutorials in recent history and even pausing the game brings up a quick FAQ to keep you going but also the game includes a “Flashy” control system which reduces button input for moves to give people knew to the game the chance to show off the big money moves. For serious fighters you have one of the most in-depth fighters to grace any platform, with more defensive and aggressive options than the norms can comprehend, Arc have gifted us with not only one of the most fun to play strategic fighting games around but it’s also an absolute joy to watch. 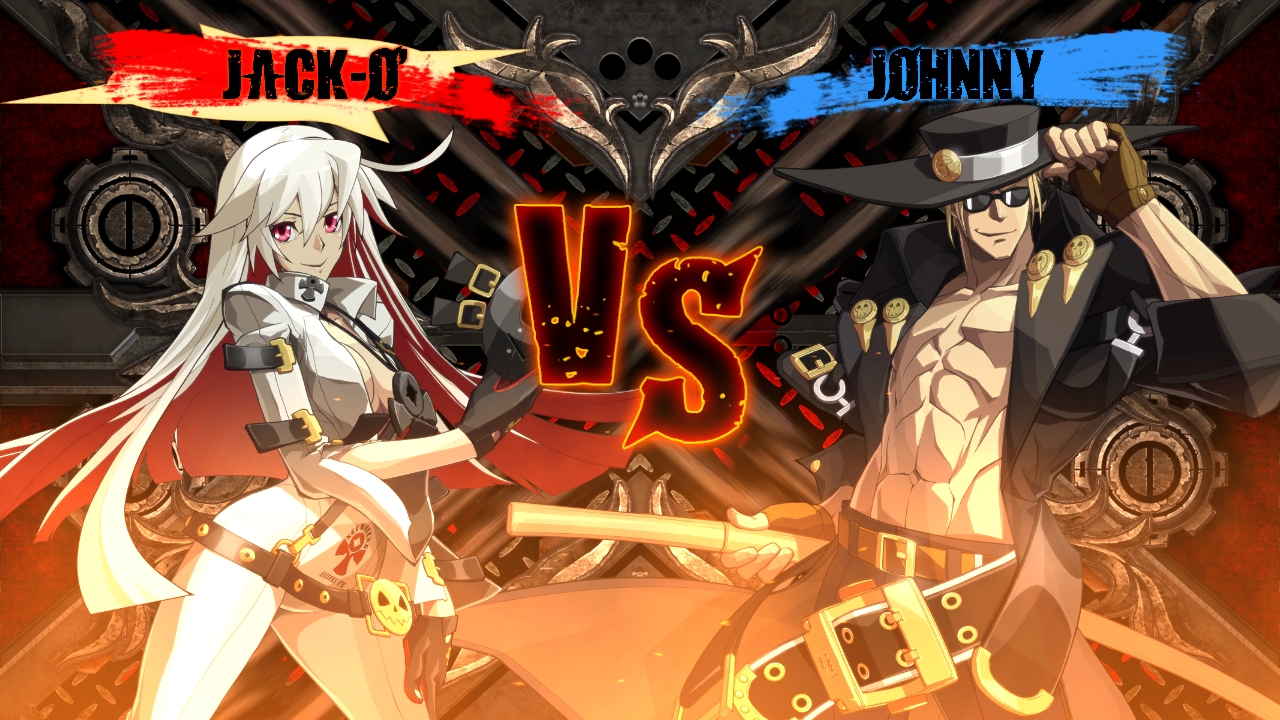 Overall Guilty Gear XRD -REVELATOR- is one of the most complete and entertaining packages you can get within the genre, there is something here for everyone ranging from the well written story to the engaging online mode, it’s truly a credit to it’s genre. The only major downfall I came across from the game is that it’s suffers from the same issues most games/films/books suffer when being the middle of a trilogy, it’s not different enough and it’s story mode isn’t quite as gripping as -SIGN- which came before it. In regards to that last point however I would personally suggest this title over the original just for how newbie friendly all the content is, ARC seem to have gone more than the extra mile in helping newcomers really get the most out of the title and it really helps this package shine. Despite being much quieter in launch than it’s kin it is overflowing in content and charm which is something that really shouldn’t be ignored, it’s now the time for Guilty Gear to be less cult status and more the Golden Child of the genre.