Birthdays the Beginning is a new sandbox game from creator Mr. Yasuhiro Wada. Of previous Harvest Moon fame. This new IP takes things in a slightly different direction to that as your tasked with building worlds & hopefully creating new forms of life. Does this game manage to pull off it’s lofty goal of life & evolution? Lets find out. 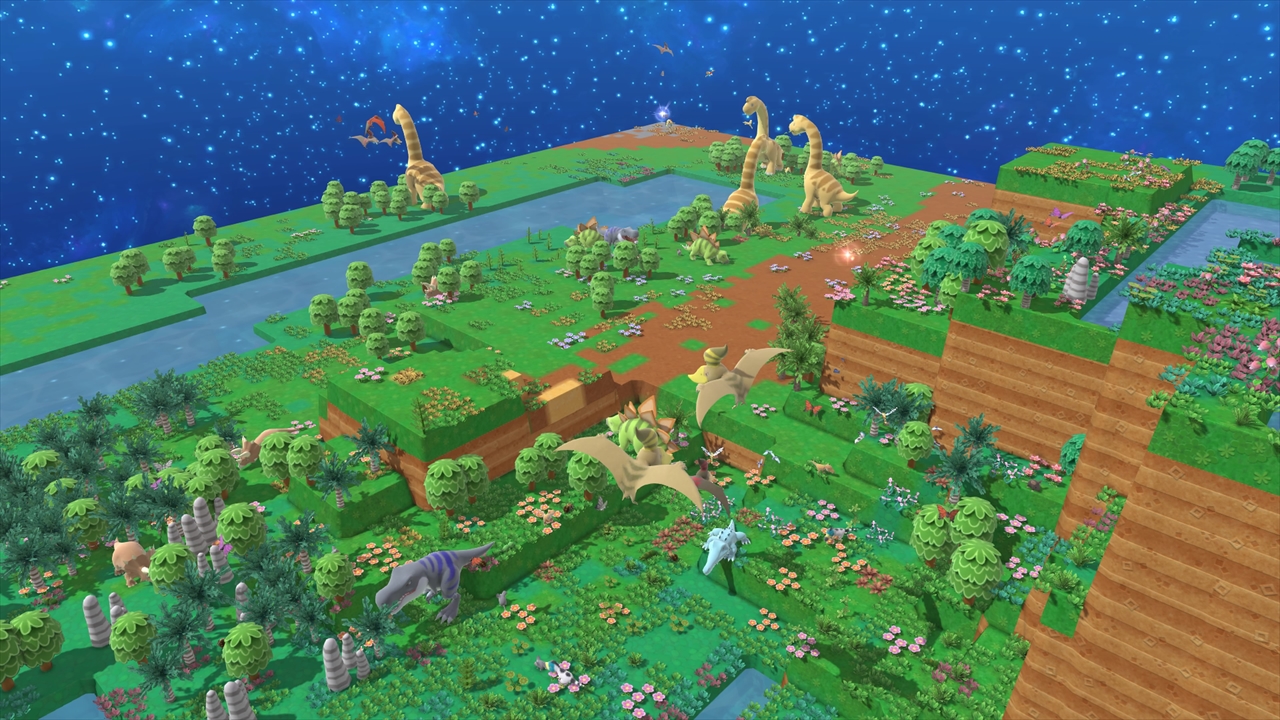 Birthdays the Beginning sees you taking on the role of a youngster who finds a map in a book from their grandparents library. This map leads them to a cave that seems to whisk them light years away to be met by Navi. Navi explains that your help is needed to create life on worlds as its something that its not able to do itself. And so you become the avatar that has the power to change worlds in the hope the eco-systems from your changes can create life. That’s about it for the story to be honest. Sure it carries on during the game as you complete missions from Navi, but it’s really just a sideshow to the game itself and merely acts as an explanation for your situation. The tiny download size of the game is the first indication of this as there’s not really any long winded FMV’s detailing a deep narrative, just stills with text overlaid. For a sandbox game like this it isn’t necessarily a bad thing, as your likely to be too enthralled in ensuring your eco-systems don’t collapse to care little of the bigger picture. 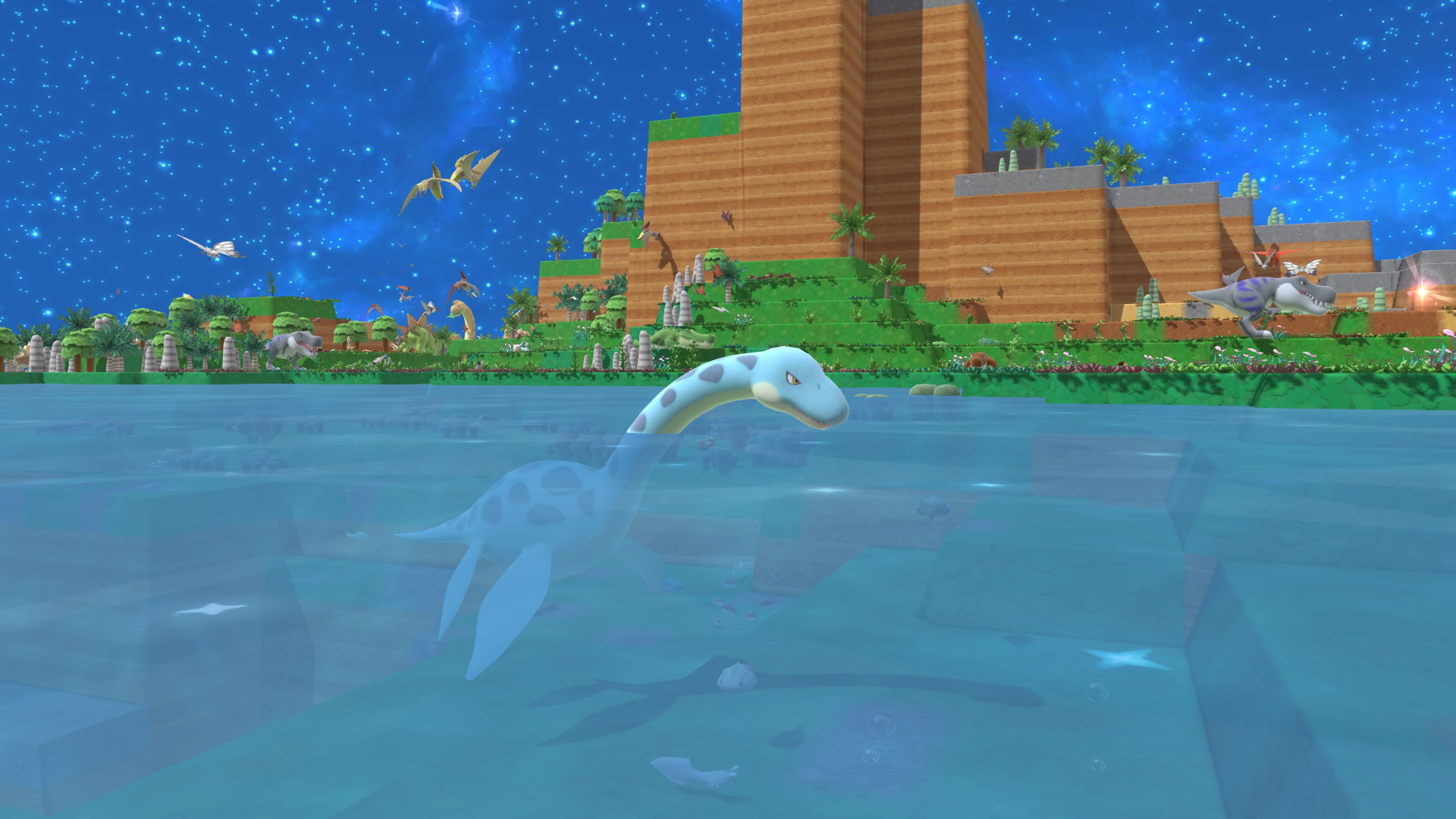 With the download coming in at just over 800mb, one can’t be expecting an ultra detailed title packed with pin sharp textures & lavishly detailed models – but it does surprisingly well with what it has. The world will start off looking relatively bland though, but once fauna starts to grow around water sources the game looks a lot brighter. These are also animated, which makes for some nice scenery once you enter the viewing mode for a close up of the world you are creating. Even the animals are of a similar design with the use of straight edges, but they still look good for the most part too. All this actually looks good on Playstation 4, with the resolution pegged high that offers up great detail on the world to the eye. There’s also some cheery music that plods along in the background too, that also changes a little with your environment, and some expected sound effects dependent on what life is around you rounds off the audio aspect of the game.

Oddly enough though, for what seems a basic game visually, there are some woes to overall fluidity. When in micro mode the framerate can start to stutter when a lot of fauna is on screen, view mode doesn’t seem to have this problem though – probably due to the more narrow view of the world. It’s not like it tanks to unplayable levels, but its odd to see a game with a relatively basic presentation have any dips at all. Luckily its not a game that requires ultra smooth framerates. 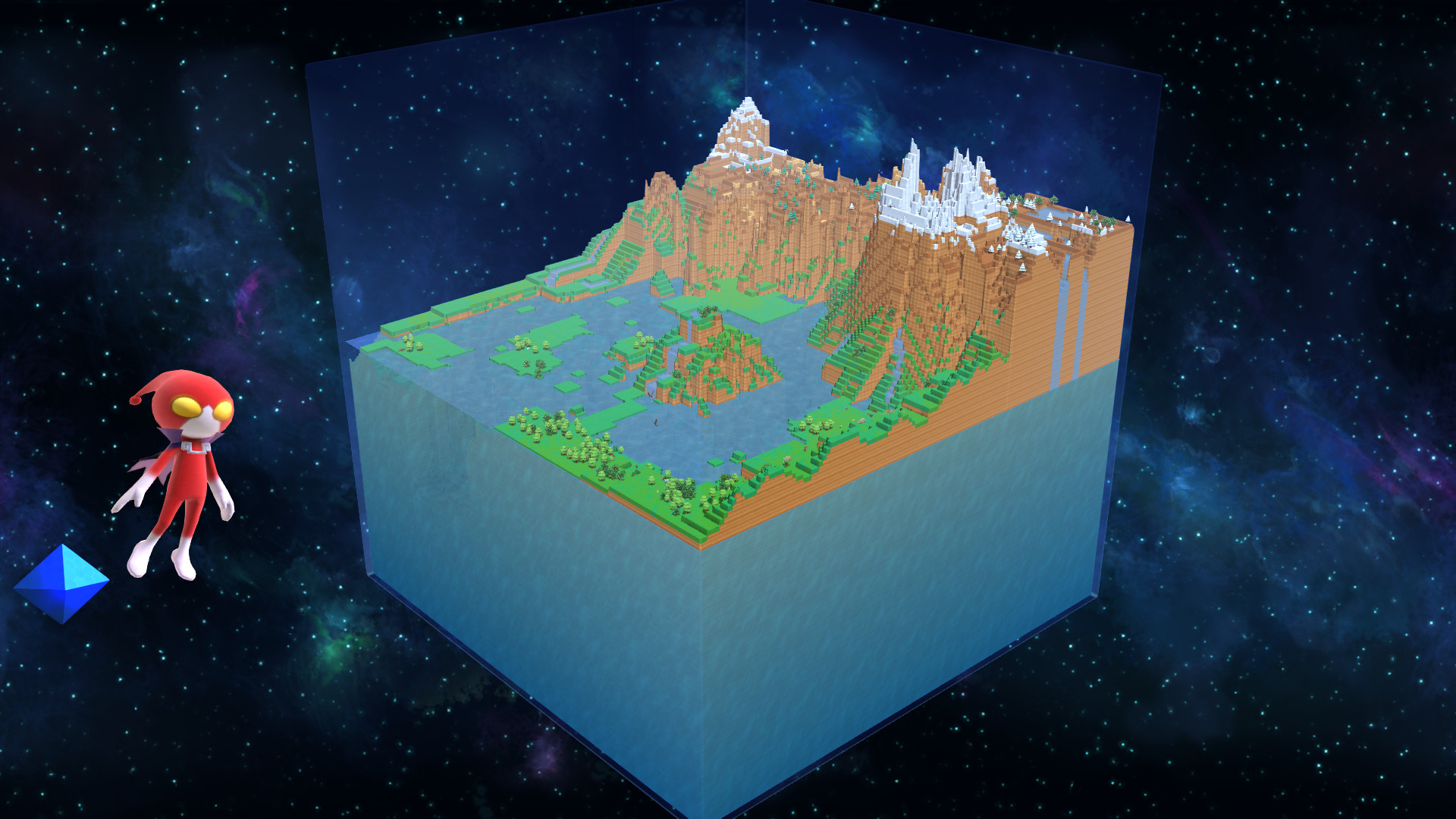 The game centres itself around the notion of experimentation. You’ll start with a bland world devoid of life, and are tasked with modifying it to help life grow & prosper. This is done by changing certain aspects of the world, such as creating mountains to change the temperature, which modifies the environment for life. This is where the experimentation comes into play as certain forms of life will only grow & evolve within certain parameters. Creation takes place in a micro mode that allows you to move around the world before switching to macro mode and allowing time to pass for all this to take shape. You’ll often find that you need to change an area of the world drastically to create a life that the mission requires, or you could go the easy route and try an item. Items are rewarded to your or found and come with many effects. Some will evolve a species, others will focus on environmental shifts – but all are of use in the game of life.

These missions also bring some frustrating aspects to the sandbox arena. Creating the life asked of you always requires tweaking to your environment, not always to good effect. Species will always go extinct & evolve as its part and parcel of the game, but it always requires almost perfect balancing. Not getting it right can see entire eco-systems wiped out that you need, as I found out early in the game once when adding an extra river to the world killed off almost everything with only fern trees prospering. You could say it’s all part of the experimenting, but you always have to be mindful of balance. Balance is key. 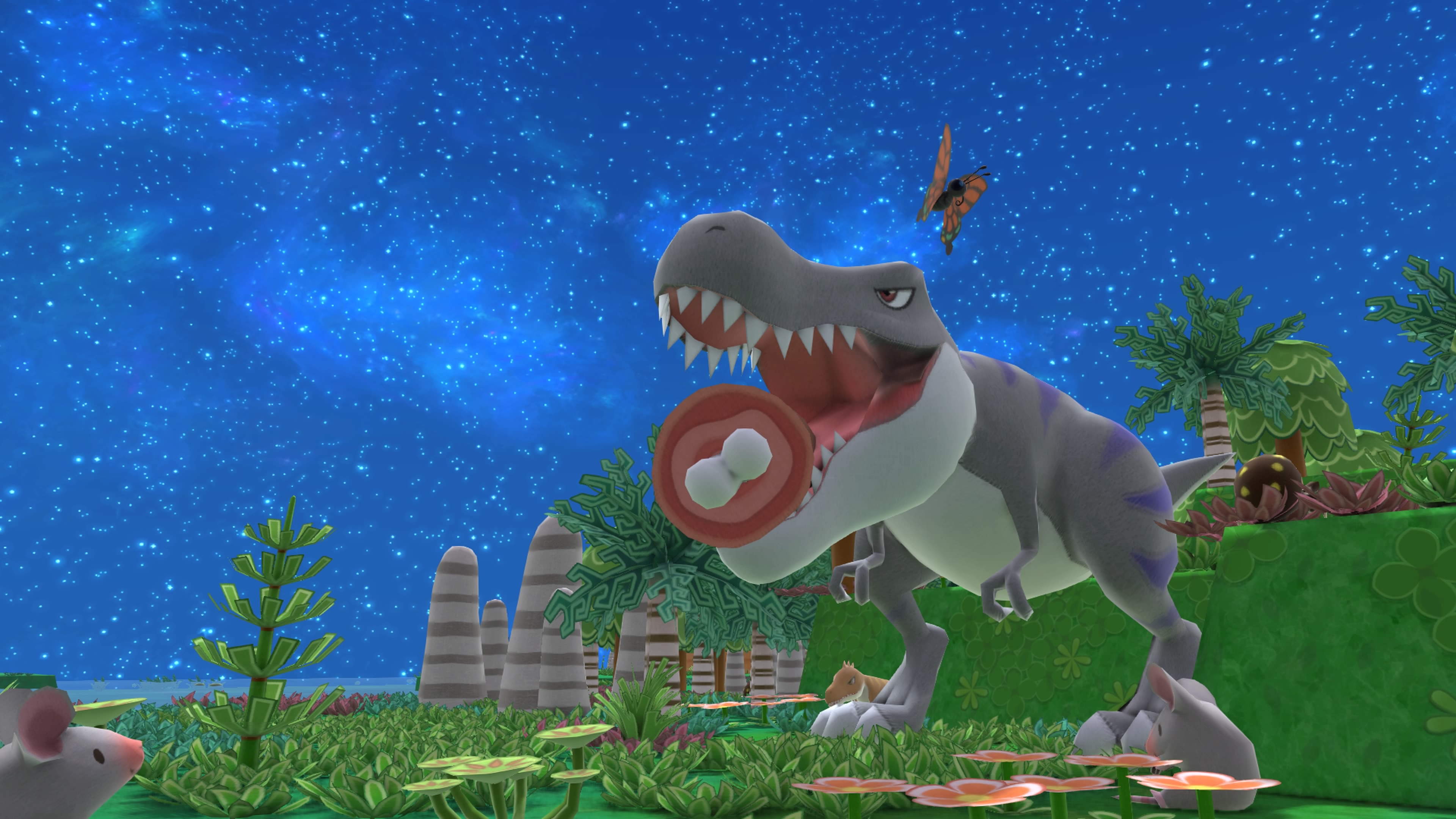 Birthdays the Beginning is a decent little sandbox game, offering a slightly different take on similar games as you experiment away creating eco-systems for life to flourish. It can frustrate though on occasion, as the need for finely balanced tweaks can make for some difficult moments as you juggle the effects on the environment. Still, it manages to do what it sets out to well and will interest those with a penchant for Sandbox games.