Ghost Blade HD looks to take players on a trip down memory lane to the 90’s with this bullet hell shmup. Dreamcast connoisseurs may well recognise this game, as it was originally released for SEGA’s glorious system back in 2015. Does this revamp do enough for folk to double dip, as well as usher in a new audience? Let’s find out. 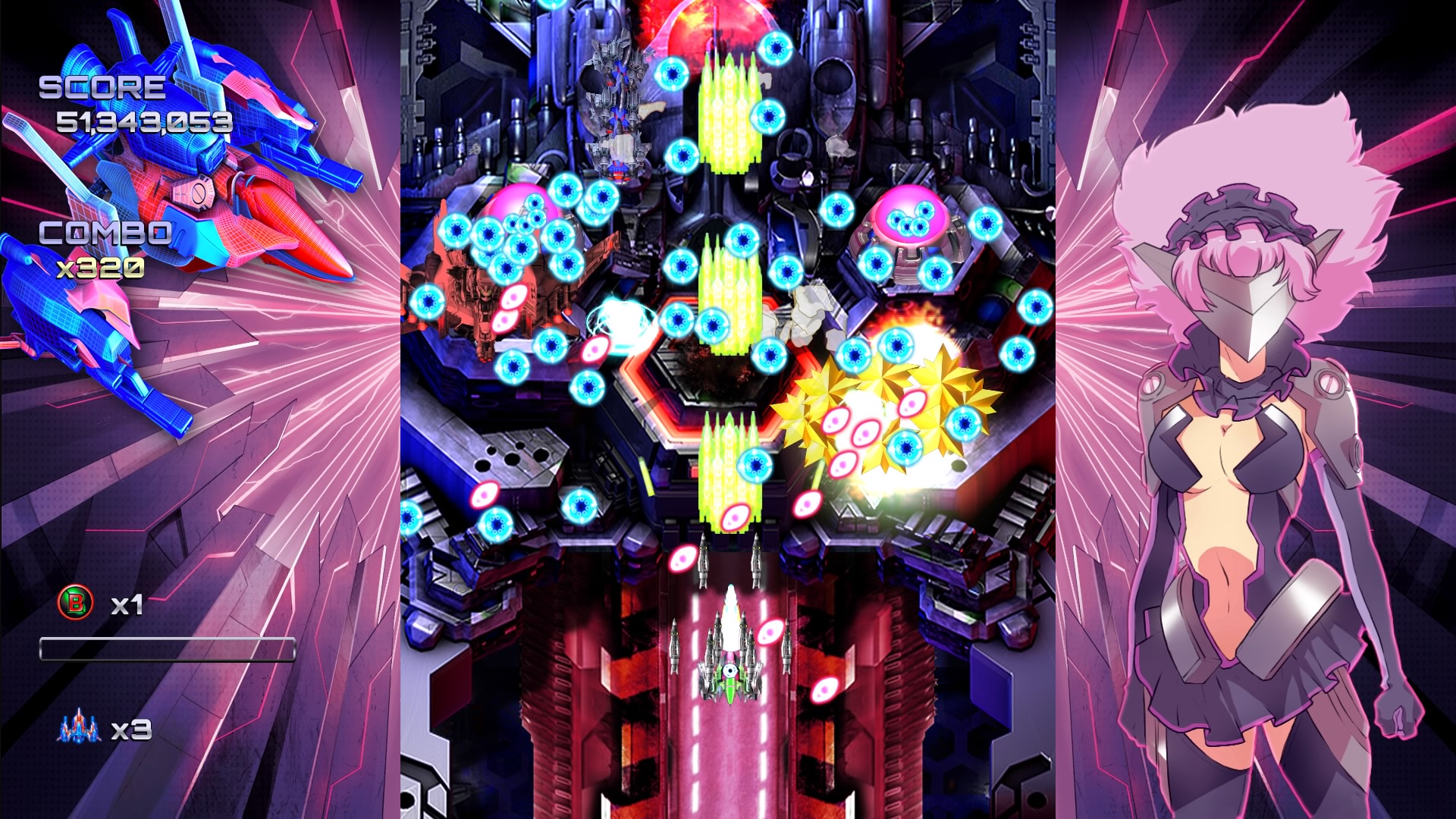 The story for Ghost Blade see an Artificial Intelligence known as Shira, once built to protect the residents of Earths Mars colonies, becoming corrupted began to attack the Mars colonies it was created to protect. After a distress call is sent by Mars, The Earth Defense Force fleet fights its way to Shira and destroys it. Or so they thought. Shira had secretly created a backup tof itself and flees to an abandoned space station at the outskirts of the solar system. As one of Earths finest pilots, your tasked with seeking out Shira & putting an end to its menace once for all.

That’s it for the story really, as the game will reach it’s conclusion after you’ve blasted your way through the games 5 stages. There’s no cutscenes during the game to flesh things out or build a lore, which is par the course for the genre really. Outside of the main mode you’ll find others such as Score Attack & Practice, which all play similar to be honest. Curiously, there’s a 2 player mode. It works well, not affecting performance, but doesn’t seem to scale the game to fit. Difficulty & enemy count seem just the same as single player, meaning easy work can be made of the enemy if your flying with a wingman. 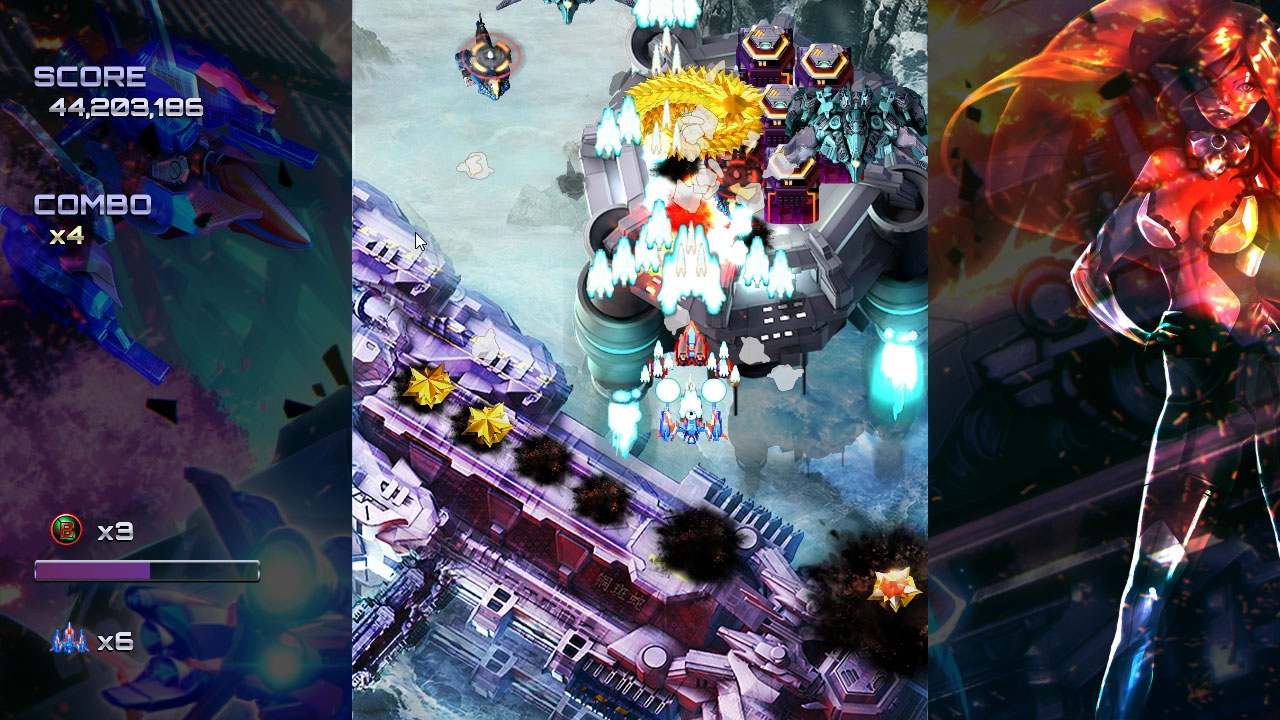 Those coming in from the Dreamcast release will appreciate the outlook on offer. Sprite design etc is very similar to the original, only now at a much higher resolution with the sprite detail scaling nicely as well. Another improvement comes in the form of framerate, as the odd bout of slowdown in the original during hectic moments has been ironed out here for a buttery smooth experience. Genre veterans will also appreciate the option to rotate the display, which would offer a fullscreen vertical plane on a rotated monitor (not really much use for those on TV’s though) Newcomers will enjoy the punchy display & bombastic special effects that get strewn across the screen during the more hectic moments.

Whilst the sound effects are pretty run of the mill & there’s barely a word spoken, the games soundtrack is definitely a highlight. Composed by Rafael Dyll, it sets the tone for the game and never lets up as you push through the bullets each stage. There’s also an alternative soundtrack to select, with each perfectly fitting for the game and mainly coming down to preference which you’ll stick with in the end. 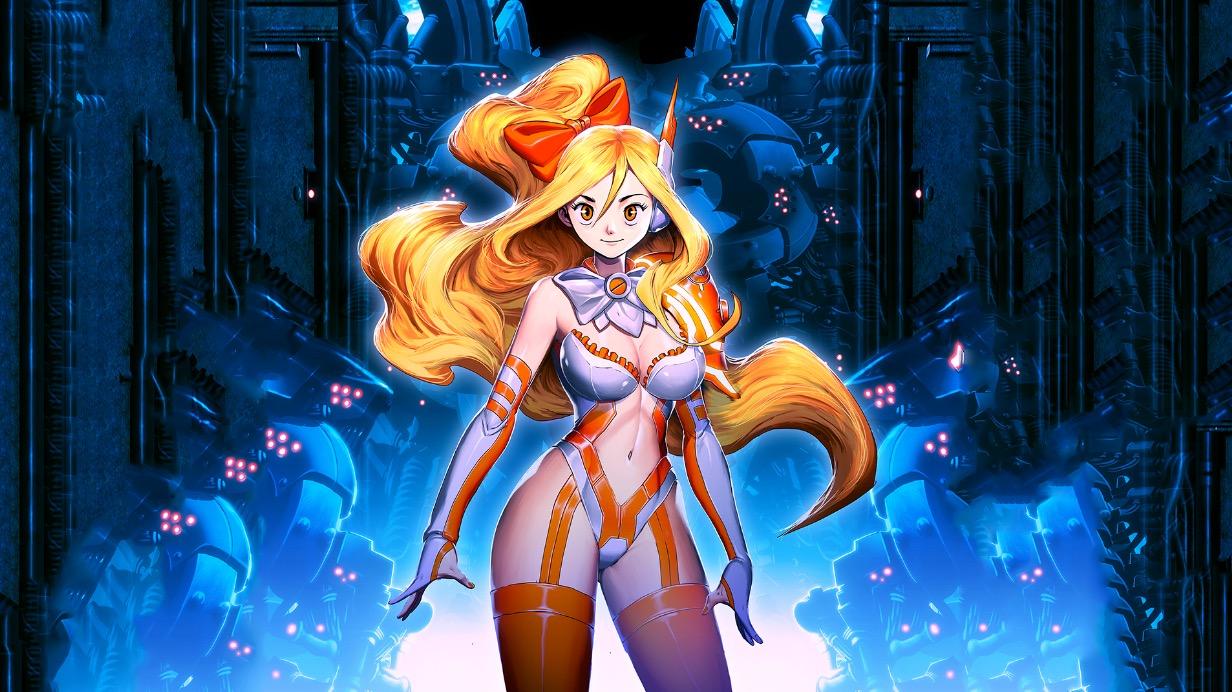 A game in this genre lives & dies by it’s gameplay, those invested in the genre will accept nothing less than absolute precision, and Ghost Blade obliges. The way the game handles is never an issue for the player, allowing one to dance through the bullets on screen with ease whilst dishing out the hurt. Newcomers are helped by an option that slows the game down a little when things get hectic so they’re not overwhelmed, but this can be disabled in the options once a decent comfort level has been reached. The main variance in gameplay comes from which craft you choose. Each offers different firing arcs, so trying all 3 is best to find one that suits your style. Eventually you’ll find your tactics evolving as you play. At first you may just blast everything that moves, but it doesn’t take long for you to start trying different tactics – such as picking your targets based on threat. It’s great for newcomers as these skills will naturally come as you progress in the game.

It’s all about the score with this one though. There’s numerous ways of boosting it, not getting destroyed being the most obvious one, with most of the games modes focusing on score hoarding. Whilst the likes of the bomb are great in a pinch for clearing the screen, not using these for example makes for a good score booster as there’s bonuses if you abstain or hoard them. Leaderboards, online & local, will help keep track of your progress – getting anywhere near the top may be difficult for newcomers though. With that said, the gameplay on offer works for all user. Newcomers will appreciate the natural skill/tactics progression, whilst veterans will find a game that gives a great 90’s shmup vibe & well rounded package. 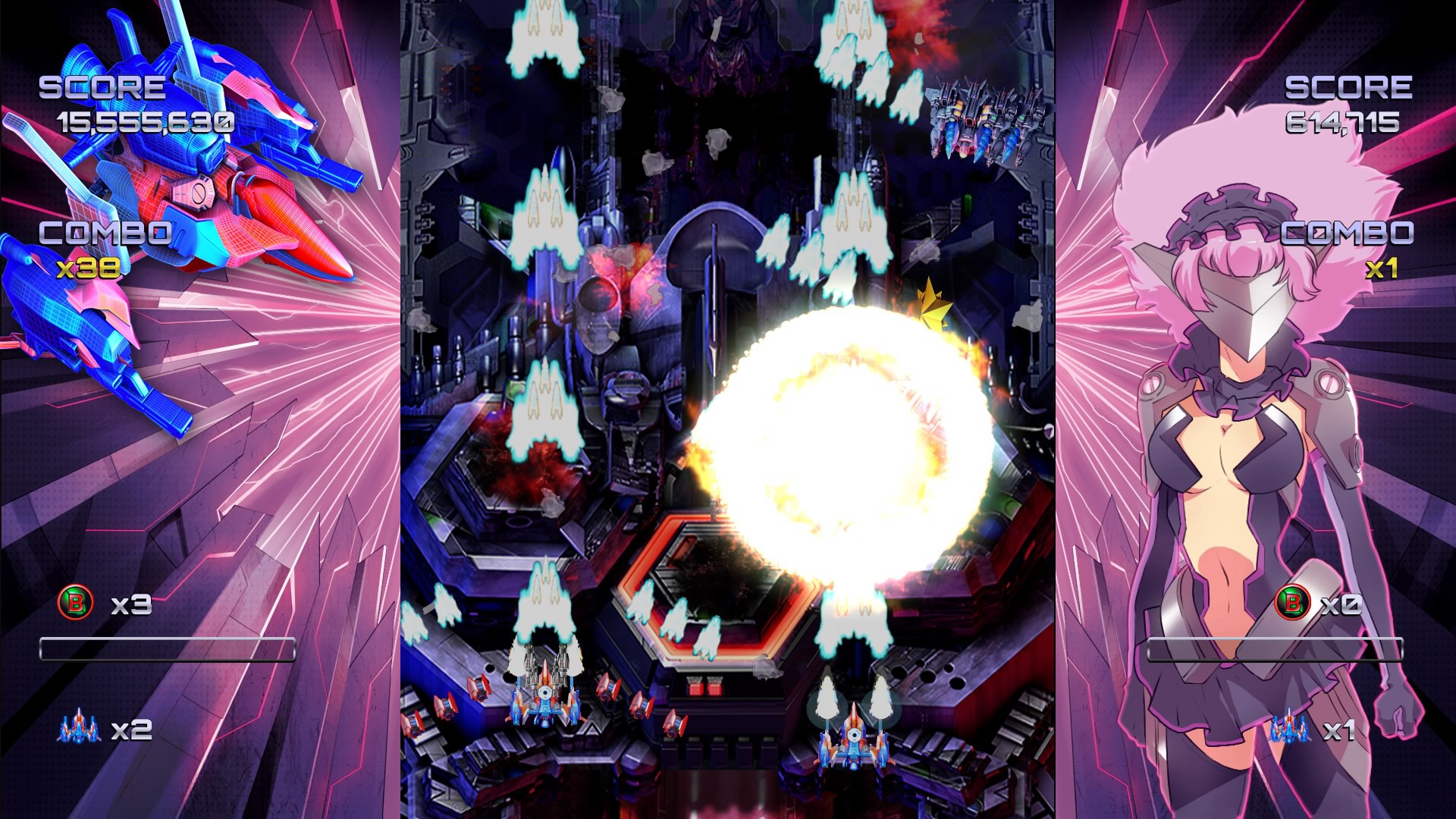 Ghost Blade HD does exactly what it says on the tin for veterans of the genre whilst offering a good portal for newcomers to give shmups a go. A few niggles with the game prevent a perfect score, but there’s no denying its great where it counts as the gameplay really does take one back to the glory of 90’s shmups – the low price of entry ($9.99/£7.39) makes it a no-brainer if all this sounds remotely interesting.