Rise and Shine is an interesting game that pays tribute to side scrolling arcade games like Metal Slug. It is fun and annoying at the same time but boy, is it damn addictive!

You follow a child called Rise who lives on Gamearth, a place where classic video game characters live.  However, Rise finds himself right in the middle of an war against the Space Grunts from the planet Nexgen, who are currently invading Gamearth.  All seems lost but through a very quick series of events you are given a mythical gun called Shine and your adventure to save Gamearth begins.  It is not an easy adventure as this is a “think and gun” game so expect to die a lot during your quest.

Right from the start, Rise and Shine paves the ground for how difficult it wants to be. As soon as the adventure begins you quickly learn that you can die very quickly and that success only comes from practice and persistence.

A lot of games will hold your hand through difficult stages offering various options to achieve success. Not the case here. The only option is to fire your way through without dying and sometimes this feels Like an impossible task. There were a few points where I nearly gave up but even through the countless deaths, I persisted and came out the other side. However though, something else you learn is that there is always another challenge to test you moments later.   The game stays fresh and always smashes that smug confident look off your face.

The controls is what truly make this game what it is. You are armed with a mystical gun called Shine who has a few interesting abilities. The main is basic firing. This is done through the trigger buttons and the right analogue stick. Aiming whilst stationery is great but as soon as you start moving with the left stick, things become a little difficult. We are use to the analogue sticks working in unison but this time they are two different entities. To give you the upper hand against certain enemies you can change your type of bullet and for more precise firing you can take control of an actual bullet. 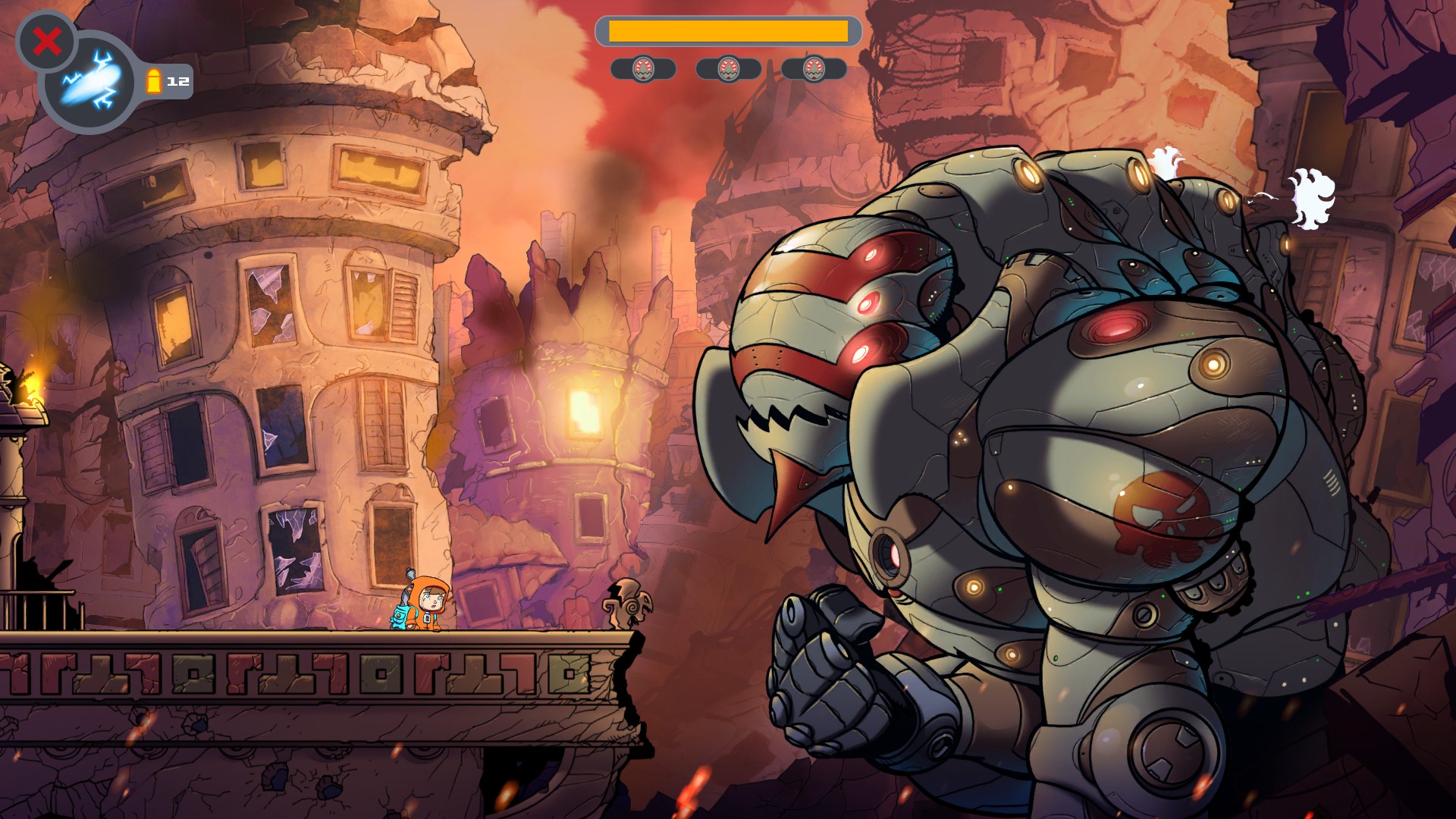 This feature plays a large part in some puzzles that are scattered through the game. Some are as basic as guiding the bullet around an obstacle to hit a switch where as some can be quite infuriating. When you are controlling the bullet you must let is pass through energy fields – these keep it moving, so if you leave them, the bullet will fall. Simple puzzles have these fields right to the target but the more difficult ones require you to actually release the bullet from a distance to hit a target. There are even some boss battles like this that have a time limit as well,  meaning if you do not achieve hitting rather target you will have to complete the previous stage of the boss all over again! Yes, this happened to me.   That aside, the puzzles are great and well thought up with a great feeling of accomplishment upon completion.

Rise & Shine is a stunning game to look at.  Each scene is hand drawn and bursting with detail.  No scene is the same and it always brings a suitable atmosphere with it.  The animations on all characters are fluid with some pretty amusing death sequences. 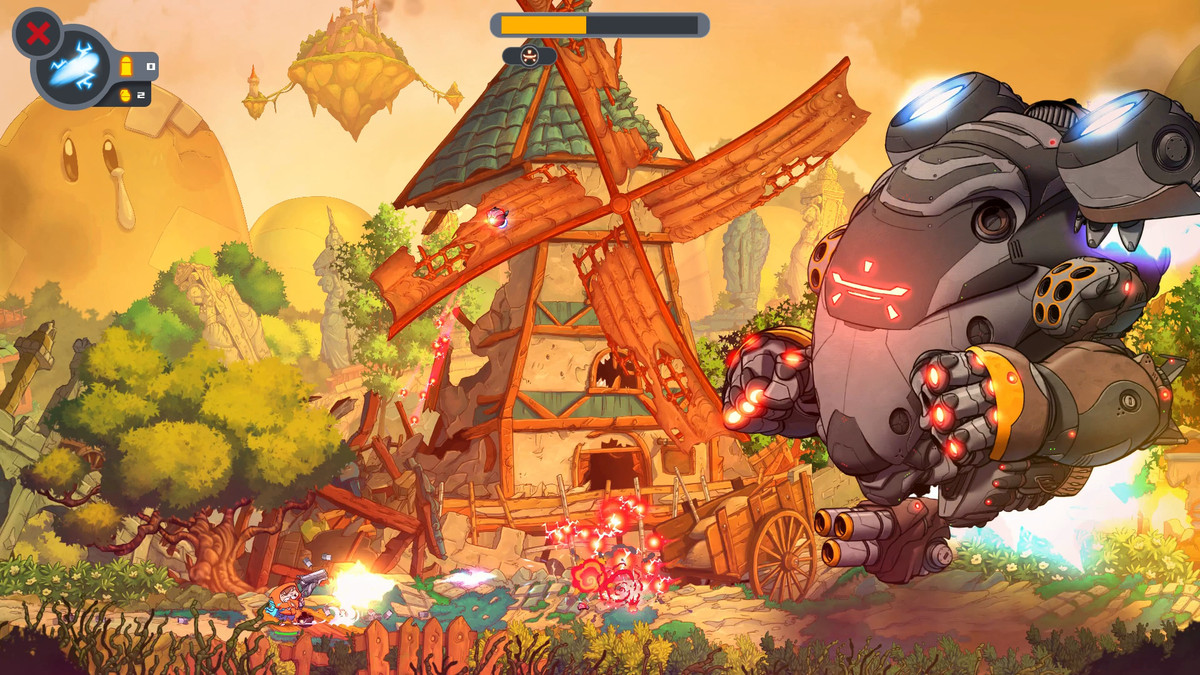 Throughout this review you may have sensed the running theme of accomplishment and that is for a good reason. Rise and Shine is difficult and can feel impossible at times but you do feel great when you pass a stage you have been stuck on for a while. I myself got stuck a few times thinking as soon as I complete the area I will put it down. This was never the case as the feeling of accomplishment pushed me further on into the game. You will always reach another where you get stuck and the cycle will continue.

Even though it is nowhere near the hardest game on the market, Rise and Shine is not for the faint hearted as you are expected to die over a lot and this is something some gamers can not get over.