Today, Bandai Namco Entertainment Europe have released an English subtitled version of the Sword Art Online: Hollow Realization trailer titled “Save the World”. The trailer gives a small insight into the game’s story which revolves around Kirito meeting a mysterious NPC know as Premiere,  as well as other features such as Character Interaction and Customisation, the real-time battle system and 16-man boss raids.

Bandai Namco also unveiled the European collector edition of the game at the Japan Expo which include two exclusive figurines of Kirito and Asuna and comes in a limited collectors box. There will also be two other collectors editions available in America and Japan, the American version will include:

The Japanese collectors edition will include: 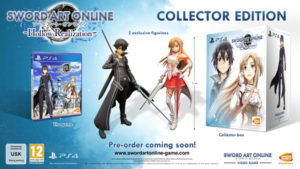 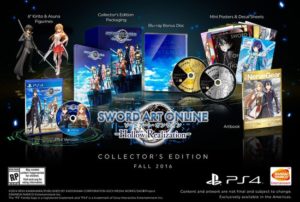 Sword Art Online: Hollow Realization is set to launch in Japan on October 27th and in America and Europe this fall.