NIS America today announced that The Legend of Heroes: Trails of Cold Steel II will release on PS3 and Vita during Q3 this year (2016) as both Physical and Digital releases.

The story is set one month after the end of Trails of Cold Steel, The tactical turn based combat remains but with a new ‘Overdrive’ mode. There are new means of transport on land and in the air, new allies, new dangers and a new sense of hope as Rean sets to right the errors that have led the country into disarray.

Clear data from Trails of Cold Steel carries over providing bonus stats and extra items. The relationships you built will be remembered and lead to a more personalised story. The link system returns with the new overdrive mode which allows linked characters to attack up to three times in a row allowing more battle options. Bonding with your allies continues to provide combat benefits including healing and guarding etc. 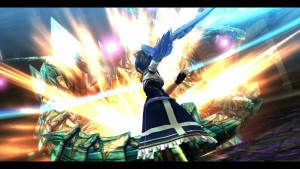 All in all, if this game is as well conceived and as well received as Trails of Cold Steel not only will we be playing FF XV, Dragon Quest VII and a new Monster Hunter during the Autumn months we’ll also be having to definitely find time to fit this game in too. 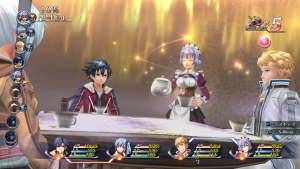 Seeing as Trails of Cold Steel is currently being enjoyed in my Vita at the moment I better get back to it to and finish it in order to be ready for this awesome looking sequel.