Stranger of Sword City is a First Person dungeon crawler RPG Developed by Experience Inc and published in the EU by NIS America for Playstation Vita. Although originally an Xbox 360 and Windows Japanese exclusive title it has now been released worldwide on Xbox One and Playstation Vita. The Vita version is set for release on April 26th 2016.

Strangers story starts with you being the sole survivor of a plane crash somewhere outside of Japan, though this is no ordinary plane crash as somehow they managed to crash into a different dimension. This dimension is a wasteland filled with magic, monsters and whatever crashes through from our world, quickly you discover you are somehow special and need to form a party with five other warriors in order to brave this world and defeat the dangerous monsters known as Lineage Types. These Lineage Types drop crystals made of their blood which can be given to the choice of 3 main factions to increase your standing with them and hopefully find a way home.

Sadly this is about where the potentially interesting sounding story ends as Stranger seriously lacks any real depth and suffers from a very obvious laziness in the writing often falling back on tropes to carry you along. 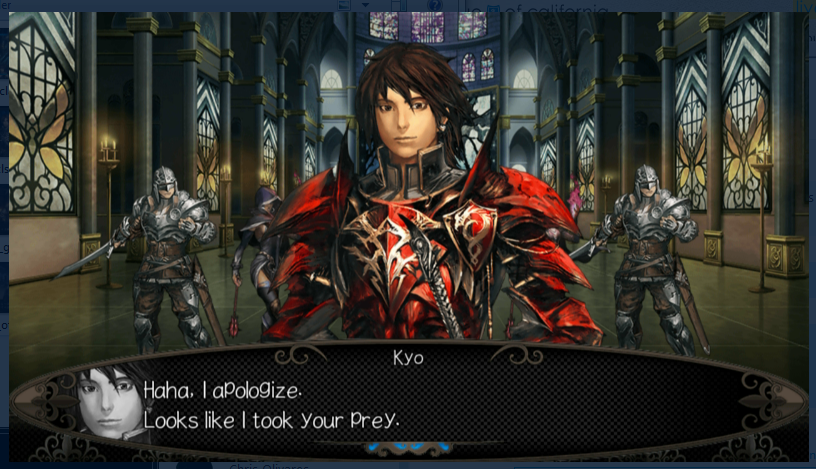 Gameplay wise Stranger takes a 30 year old formula and tweaks the mechanics just enough to feel somewhat modern, you enter a labyrinth and work your way around, fighting with the locals and looting treasure as you try to increase your level to move onto the next labyrinth, rinse and repeat.

Where Experience Inc tried to mix things up is mostly in the background with actual decent layered character customization, you initially choose your character from dozens of anime styled cards, from there you choose your class, race, age and stat assignment from a pool. Age affects your characters maximum lives and XP gain rate on a sliding scale, the older the character the faster they gain XP and abilities but their maximum lives are lower as a result. Race choices give a single inherent skill as well as minor influence on your starting skills and stats. On reaching the first city you build your party with all the needed skills to get you through your adventure. 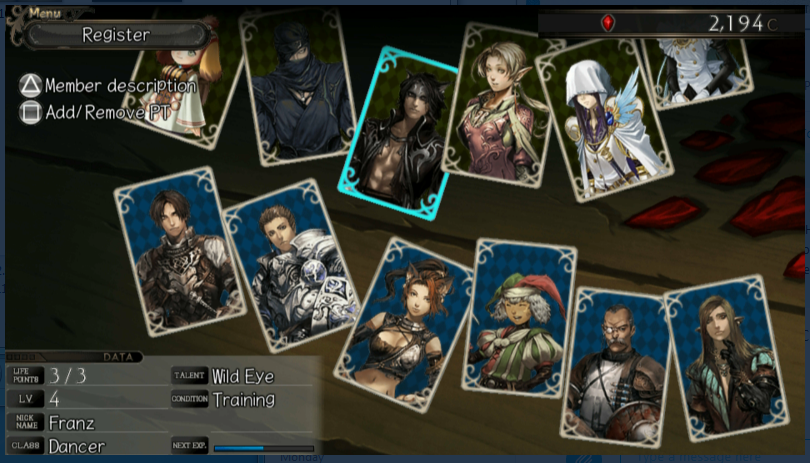 This falls over though when it becomes apparent that although the best fighters in the land most of the time your party is at a severe disadvantage, fights are completely random and could at any time throw you up against a hugely overleveled beastie who kills party members in a single mighty blow. Even worse is when the levels are slightly over your own, as you end up hacking away turn after turn trying to whittle the enemies life down for upwards of 10 minutes, magic is a rare commodity with an even rarer item to recover it so though it ends fights faster it also creates a lot of backtracking to the city to recover it for free as a magic user is useless once their points drop and fighting with half a party will almost always end in disaster. A disaster which annoyingly may include permadeath, each character has a limited amount of lives, once killed they can be revived at the Stranger base but this takes time unless you want to spend large amounts of cash reviving instantly. Ordinarily permadeath is just par to the course of a game but here it causes genuine frustration as to refill a characters lives you need an exceedingly rare item, an item that if you do not have will lead you into some major grinding to bring a backup party member up to a point to not be as useless as a chocolate teapot, this grinding is made even more of a chore when you realise just how little experience points you get for a fight, making every level a stretch to reach, coupled with how insanely expensive equipment is to buy leveling up is very time consuming and difficult.

There is one mechanic though that stands above all others in this title and that is the Ambush. Within each labyrinth there are marked areas where you can spend from a points pool called Divinity, although this pool is used for escaping battle and other special skills its best use is Ambush. You become invisible and wait for powerful enemies to come by, when one does you can inspect them before you fight, but each time you refuse a fight it becomes more dangerous and you are more likely to be discovered. When you commit to a fight then you are tasked with taking out the leader before he runs away, if you manage this then you get a large amount of XP and a chance to open a chest to gain some powerful weapons, armour or items. Often you will fail in this and there is a chance the chest is booby trapped but when you manage it it is very much worthwhile. 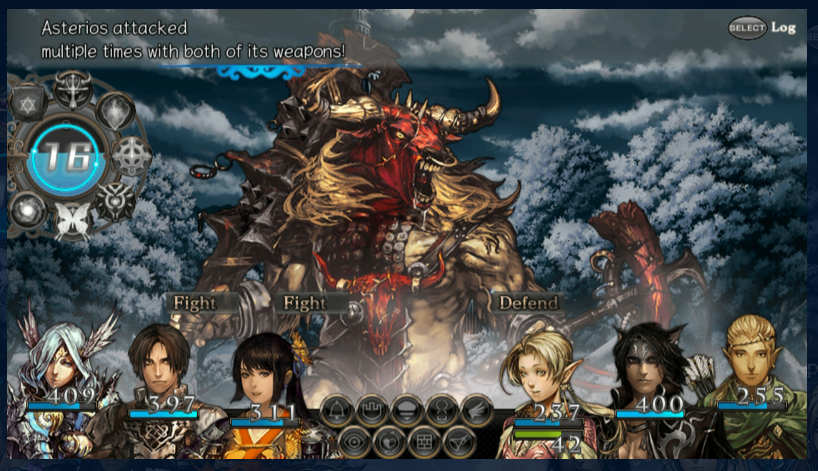 Graphically Stranger falls at both ends of the scale, the 2D assets such as NPC and Enemies are beautifully drawn and really look the part, they will not be to everyone’s taste but they give a nice modern edge to a retro concept, the 3D areas like the labyrinths though however are woefully dull and ugly, almost taking on a blurred look which makes it look even worse. The graphical effects are almost non-existent with most attacks being a slash or flash, this personally I consider a mortal sin because although the genre is old, there are recent titles such as Persona Q which use grand effects and small 3D animations to make the combat more interesting, through the total lack of effects Stranger has fallen into the trap of making its combat more tedious.

Soundscape is another mixed bag, the music is on the most part is great, the voice acting is entirely in Japanese and is well done so what little dialogue there is lends itself well. The downside though is the sound effects, many of these have been recycled from Operation Abyss: New Tokyo Legacy and were not used to great effect in either title with wildly varying volumes and an overall harshness of the sound which only serves to grate after a few hours. 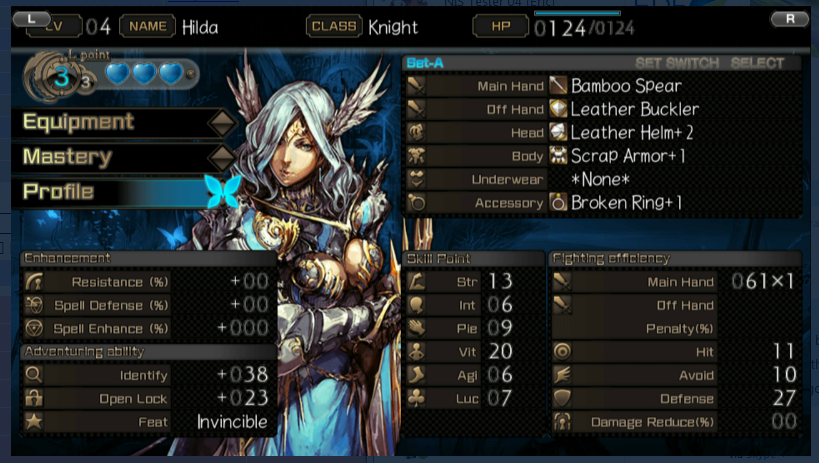 Overall Stranger of Sword City attempts to bring some modern ideas into a retro and much loved genre, but ultimately fails to gain traction as alongside its lackluster storyline and poorly implemented mechanics it can quickly become a grindy slog with very little to make you want to push forward to find out the resolution of the story. This is one title of the genre which is very squarely for the hardcore fans.