Today Capcom have announced how they plan to support Street Fighter V in the months following it’s release on February 16th, First off in March you’ll be given access to the In Game store in which you’ll be able to buy extra costumes and DLC characters using real money or the in game currency of Fight Money, you’ll also get access to Challenge mode which includes other modes such as Battle Tips, Trials, Targets and Extra battles, Targets sounds like the mini objectives that were in the latest Darkstalkers & SF III releases on 360/PS3 & Extra Battles are juiced up boss battles updated regularly to help earn some impressive Fight money. 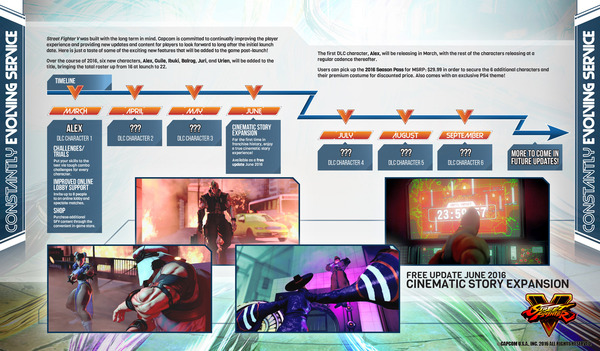 March will also see the release of the first DLC character Alex from Street Fighter III, Capcom have said they expect most players should be able to afford him with the in game currency but haven’t released pricing as of yet. Following that it seems Capcom plan to a DLC character every month following bar June in which the new Cinematic Story will arrive, a first for Street Fighter the Cinematic Story mode features nearly 2 hours of cutscenes expanding the story of the franchise and giving players a glimpse into why Street Fighter III felt so different (For reference the timeline is SF1-SFA-SF2-SF4-SF5-SF3). 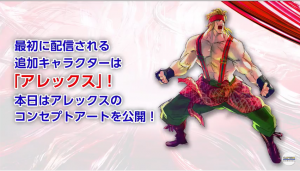