Coming soon to the PS4 and VITA is the sequel to the highly acclaimed platformer Rocketbirds: Hardboiled Chicken.  Releasing under the title of Rocketbirds 2: Evolution, it features improved controls, new game modes and still contains the humour from its predecessor as well as a killer soundtrack!

Rocketbirds 2: Evolution picks up right where the cinematic adventure of Hardboiled Chicken left off. Players again will gear up as Hardboiled, the tough-as-nails, plucky chicken super-agent and the original “Cock of War.” The evil megalomaniacal despot Putzki, who wants nothing more than to bend the world to his wing, is still alive, and his evil plans force Hardboiled to hunt him down and eliminate him once and for all. Featuring enhanced gameplay controls, new combat systems, an expanded arsenal, and two new game modes, Rocketbirds 2: Evolution’s new level of depth and replay value also is fueled with jetpack action, space owls, and co-op multiplayer. 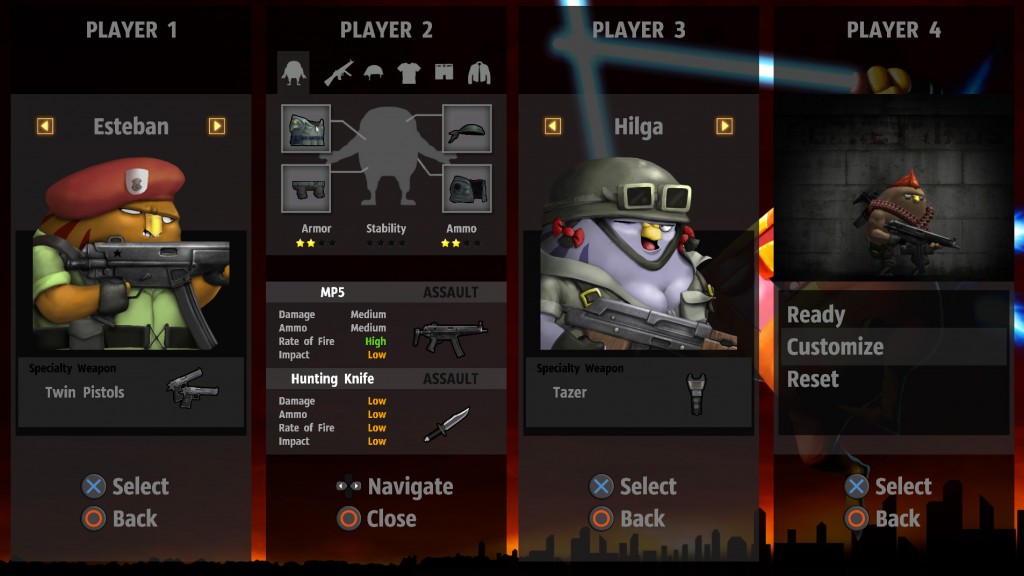 Key features of Rocketbirds 2: Evolution include: