Rodea The Sky Soldier is the latest release from Kadokawa Games, published by NIS in Europe. Rodea has quite the curious history and pedigree, want to know more? Read on Sky Soldier!. 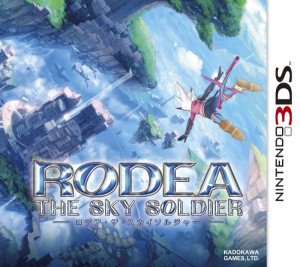 Rodea is the brain child of the legendary Yuji Naka who is famous for a little title known as Sonic The Hedgehog, Since his departure from Sega he hasn’t quite captured that magic trying his hand with titles such as Ivy the Kiwi and now Rodea. Originally planned to release on the Wii various internal problems caused many delays on the title and eventual switch over to the WiiU and a total switch of vision for the title creating an entirely separate game.

Now we have been presented 3 options to play this latest title, the original Wii version (bundled with first print WiiU copies), the lead format 3DS and the enhanced port on the WiiU, here at Otaku Gamers Uk we like to give you good honest opinions on titles so we have covered all 3 versions!. 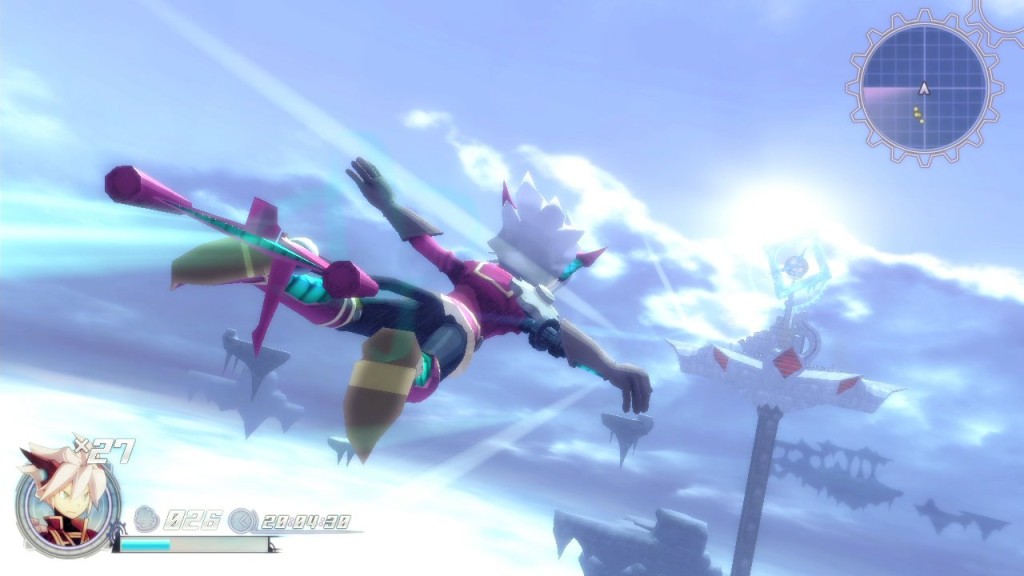 The story follows Rodea, a humanoid robot with flight capabilities who is the bodyguard of Princess Cecilia from the Naga empire who fled from her country with the key of time, an artifact that is vital in the Naga’s invasion of the sky kingdom, Garuda. She entrusts Rodea with half of the key of time and uses the other half to teleport Rodea to Garuda. 1000 years later Rodea wakes up as a young woman named ion, who lives in a peaceful village in Garuda with her grandfather, recovered his body and fixed him but the damage on him was so extensive that he couldn’t remember anything. 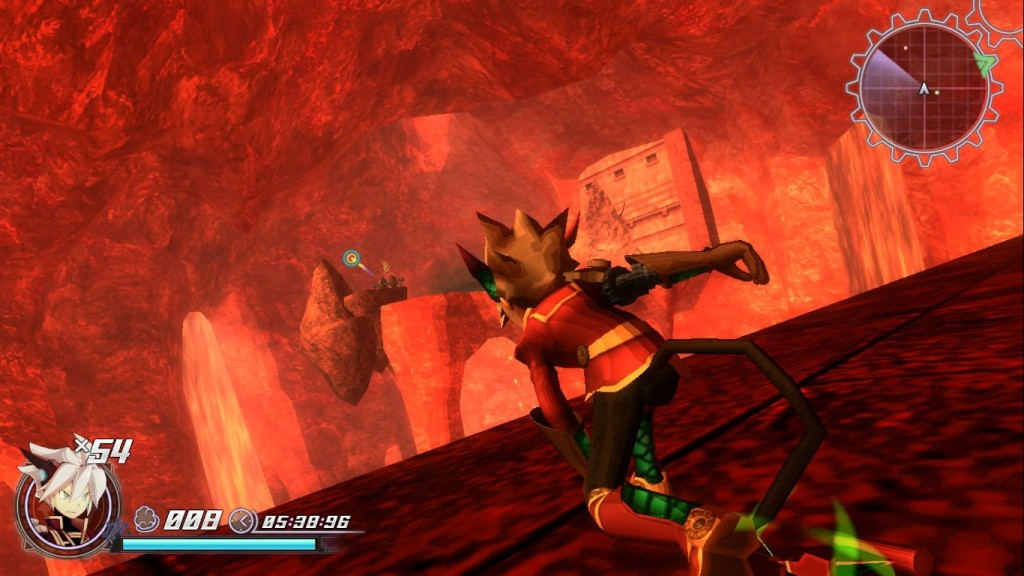 Rodea is a tough title to nail down genre wise, it’s kind of a Zero G Platformer with mini RPG elements and promotes more flying than ground traversal, it’s kind of a hybrid of Sonic & NightS with some mini RPG Elements. Rodea flies around with the grace and style of a Mecha Rhino aided by the dodgy controls, you aim at an area, press the button and he flies towards it slowly, want to change direction? you fumble with the controls to move the aiming rectical to another area and press, Boom! direction change but still going slow. From the guy who created the “Fastest Thing Alive!” Rodea really isn’t in any kind of of rush to get to his location, he has some spinning dash attack which increases it somewhat but it really isn’t what you’d expect. 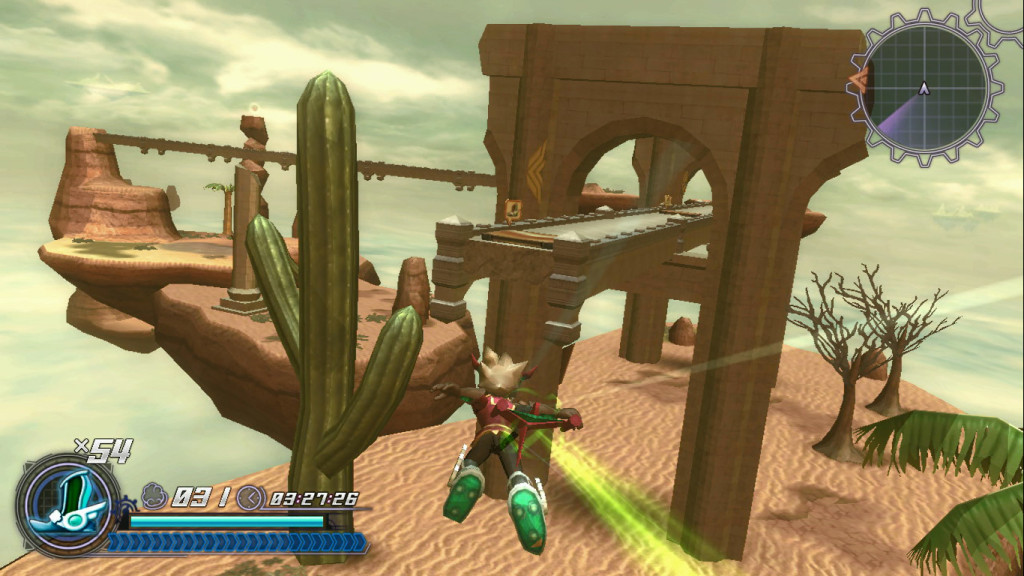 Visually the game is murky, outdated and at times just confusing, the WiiU in particular uses some weird cel shaded effect which just looks cheap and nasty. The character models are outdated Wii/Ps2 Era and the levels look dull and uninspired. Audio is equally as dull long gone are the brain drilling tunes of Chemical Plant Zone or the iconic Green Hill Zone you get generic track #2 to help you clumsily chug through the skies.

The core gameplay is flawed in the fact that it’s a chore to fly, it punishes you for flying too long and ground controls and camera are horribly painful. You can unlock various items to help you fly more and fight more effectively but it all boils down to the core concept, YOU’RE A SKY SOLIDER WHO IS INEPT AT BEING IN THE SKY!.  This could of been a real gem for the WiiU unfortunately it’s distinctly average bordering on poor which is a shame as I would of loved this to be something special for the WiiU. 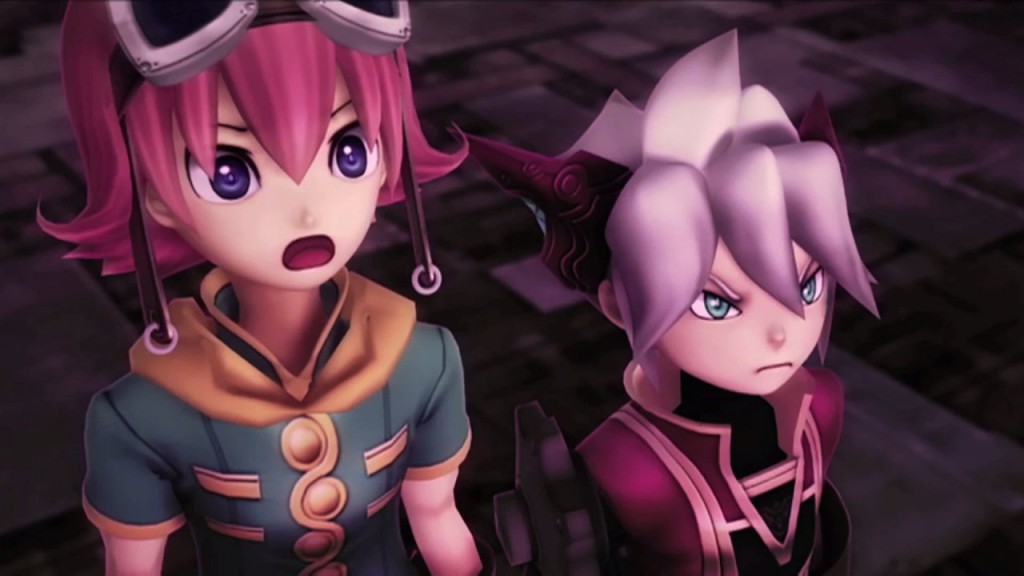 The story, characters and levels remain round about the same in the content for this title, the level’s all follow the order of the WiiU and style yet have subtle little changes which suit the change of pace in this version.

Upon loading the Wii version you’ll notice the game is actually far more colourful and vibrant that the WiiU version which is strange, edges are a little rougher but it’s actually far more pleasing on the old retinas than it’s bigger brother.

The game uses the WiiMote for all the controls and actually works really well, this version is more focused on the flying aspect and it’s a joy once you get to grips with the point and flick gameplay. Talking of gameplay the semi-RPG aspects have gone from this version and it’s more in with the usual Naka styling of Power Ups which change the colour of Rodea.

The changes above actually do wonders to the core of Rodea and you get the feeling that this one is the one you should be playing (Yuji Naka actually tweeted so!) it’s exactly what you’d expect from the camp that created Sonic and NightS. It’s a shame that this is tied into the WiiU first print as I can’t do anything but gush about how much fun I had with this version of the game, I can only hope this title at the very least finds it’s way onto the eShop and people can vote with their wallets over who’s version of Rodea is the one we want!