Leo’s Fortune started it’s simple life as a mobile game.  The original releases was met with a very positive reaction – it was remarked as being a simple game that has managed to take the quality of the platformer genre to a new level.  Can Leo’s seek the same fortune on the big screen?

Leo’s Fortune is a simple story of travelling through lush environments seeking your stolen fortune.  Along the way you will be various hazards and puzzles that you must over come in what ever way seems possible.  With is originally being a mobile game I was not expecting the story to blow me away but what it does have is charm.  It is a story that can not offend anyone and in a world where we are a little too sensitive this is brilliant.  However though, the true greatness of this game is the gameplay itself. 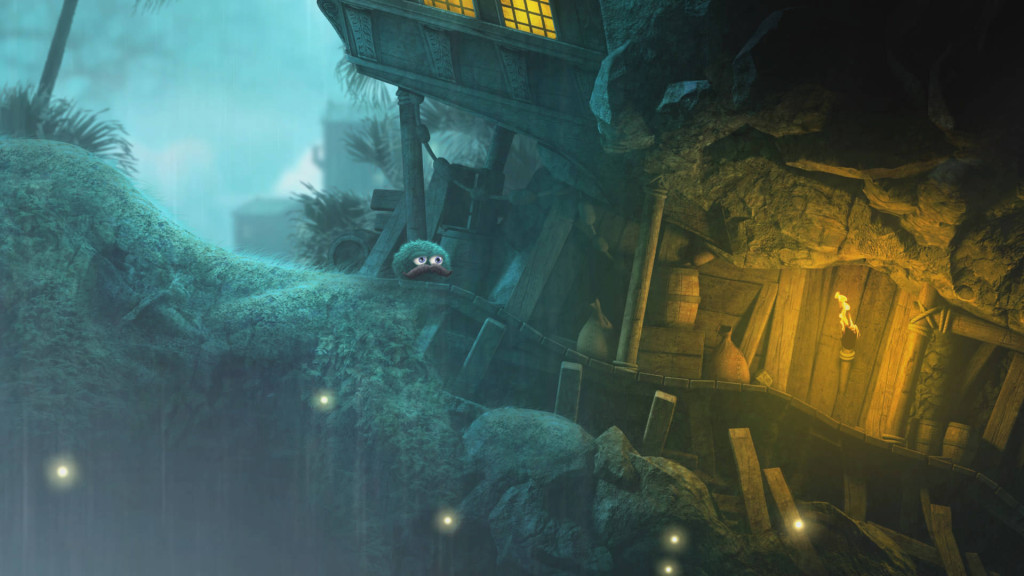 It is just a basic platform at the core but by including a very clever physics engine it manages to add a great deal of depth the the simple gameplay.  There are no enemies in this game but you will find yourself dying often.
You play as Leo, a small green fluff ball with a rather handsome moustache.  To assist you on your travels you have access to one ability – you can make yourself bigger or smaller.  When you are bigger you become a lot lighter allowing you to float slightly whilst when you are smaller you become heavier allowing you to sink in water.  Mix this ability with the physics and the result are some very creative environmental puzzles.  One thing I did notice from the start is that the controls always felt light especially when moving on the ground.  It feels strange at first but after a while you tend not to notice it as much. 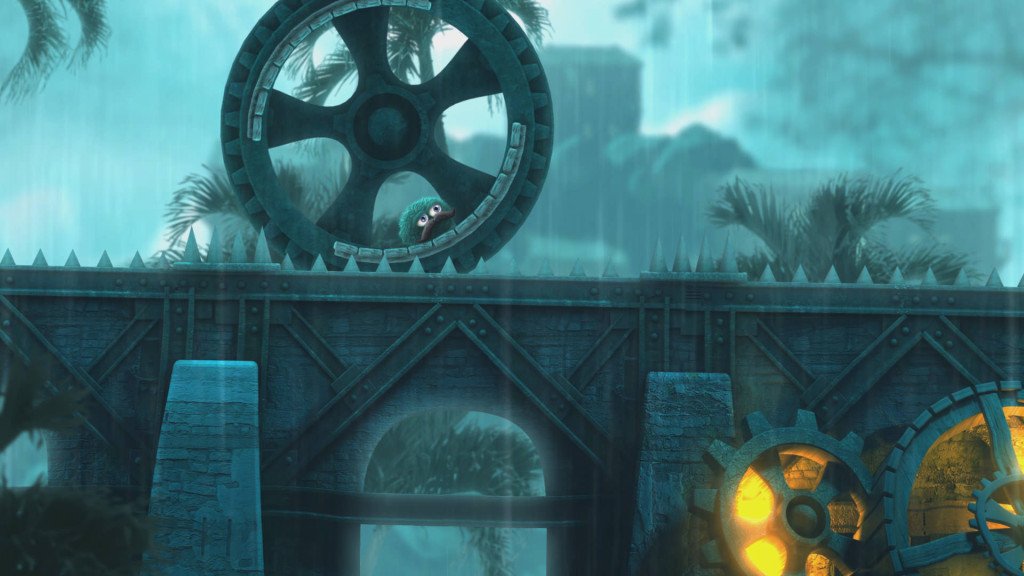 When I started playing the first few levels I was honestly not that impressed.  There was nothing there that blew me away.  It was all very simple – I moved along the stage, jumped over a few obsticals and reach the end goal.  However though, as I moved into the second of the six worlds I was pleasantly surprised by the increase of the challenge.  The variety of dangers present really make you think about how you should approach levels.  If you go rushing in you may end dying a little more than you originally thought.  Stick with it though, learn the levels and it will all become a lot more clearer.

As mentioned the game is split into six worlds which contain four levels each.  So at 22 levels in total it is a rather short game.  Remember though this was a mobile game so it has a few features that will make you play levels multiple times.  The main feature is the star system.  Each level has a maximum of three stars to earn; one for collection all the coins in the level, one for no deaths and one for being below the recommended time.
You collect the stars so that you can advance onto the next world.  Each world has a set target number of stars that you must earn before you can move on so if you are a payer that rushes through levels without any thought you may find yourself repeating a lot of levels.  However though, you do not have to collect all the stars in one run – you can concentrate on them one at a time.
This for me is a flaw in the game as it is a great concept for mobile devices as they are a pick up and play machine but may not the be best for home consoles. 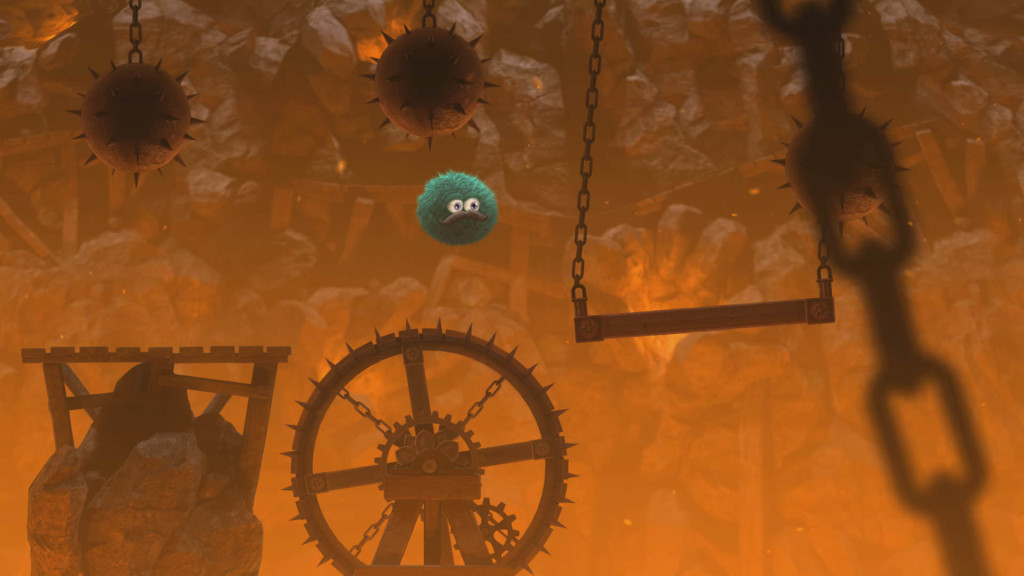 I am not a huge fan of mobile games moving over to the console but Leo’s Fortune may be an exception to that.  It is a great platformer that has managed to evolve the genre to a level that makes it a little more challenging.  However though, at it’s root it is still a mobile game that is very short and should really only be played in short burst.  If you are looking for a quick time killer in-between your AAA titles, Leo’s Fortune is that game.