New details have been shared by V3 for their upcoming PS Vita title Bokosuka Girls: Tatsunoko Gakuen Climax.
At present the game has now release date

In addition to normal battles, there will also be water-based cavalry battles. No further information is known.

In a different world where the heroes of Tastunoko and an evil army battled, the evil organization was defeated, and its supreme ruler was exiled to another dimension.

Having wandered through the different dimensions, the supreme ruler finally ends up in this world, where he begins researching how he can return to his original world. He eventually invents a method to return using evil energy.

To gather this energy, the supreme ruler plants a heart of evil known as “Dokuro Wear” in the clothes of high school girls, which makes them commit evil deeds.

But shortly after the supreme ruler drifted upon this world, an investigator chasing him also arrived.

During his investigation of the “Dokuro Wear,” a girl involved in the incident is chosen by chance to wear the “J-Suit,” an outfit which grants its wearer the powers of a Tatsunoko hero, and she becomes the protector of this world from the evil army. 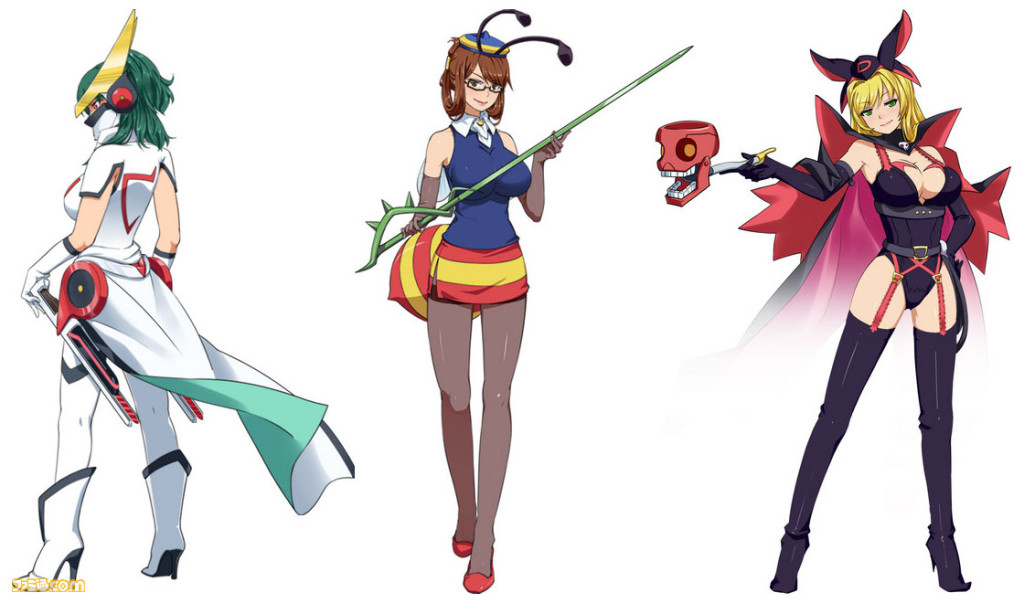 The Power of the J-Suits

Girls who put on the costumes of Tatsunoko Heroes, dubbed “J-Suits,” will do battle against the wearers of the evil “Dokuro Wear,” stripping them of their outfits. There are three types of attacks: melee, assault, and shooting.

It’s possible to match the timing of an enemy’s attack, causing the characters to collide and repel the enemy’s attack. If you are successful, the enemy’s stance is broken and you can attack repeatedly and destroy its Dokuro Wear.