New details have been released for Star Ocean 5 by Square Enix.  The details provided include a more detailed prologue, information on the battle systems and character profiles;

Do the depths of space forbid peace for mankind—

Centuries after leaving Earth, after a multitude of trials, with the creation and spread of the ‘Galactic Federation,’ humanity was on the verge of unified order and peace.

But the embers of conflict have begun to burn again.

Over 6,000 light years from Earth, on the unsettled planet, ‘Feycreed.’

Just as so many times before, the waves of history begin from a remote planet.

The Leslia Kingdom. A continent representative of a major power, it is surrounded on three sides, has a warm climate, and is blessed with natural beauty and rich soil.

But despite the fact that this country should have been more powerful than its neighbors, its people’s peace was always being disturbed. Between a spellmark that caused animals to turn ferocious and a band of thieves called Eitron wreaking havoc in the frontier regions, Leslia was plunged into an unstable period known as “The Dark 7 Years.” Stahr, a village located on the southern edge of the kingdom, was brought to verge of collapse.

One young man stood up to face this crisis…

His father was a royal fencing instructor, and he himself is a swordsman who teaches. He leaves on a journey accompanied by his old friend who was raised as his sibling, Miki.

This voyage would take them into battle and change the fate of the stars.

A planet 6,000 light years from Earth and not yet explored by the Pangalactic Federation. Its biggest continent is Vestir, where half of the planet’s population resides. Its culture and technology are equivalent to 15th to 16th era Earth, but with spellmark mages able to wield magic, it has achieved its own unique advancements.

A blessed kingdom covered in fertile land and located in Vestir. It is surrounded by a large mountain range, which makes it a natural fortress. For more than 300 years the royal Bariff family has ruled the kingdom, which has grown to become the continent’s most powerful country.

However, after falling into a period known as “The Dark 7 Years,” the remnants of what are said to be its symbols of peace and fortune are gradually fading. The kingdom has a friendly relationship with the neighboring Randock Kingdom, which provides resources necessary for spellmark magic, military alliances, and such. 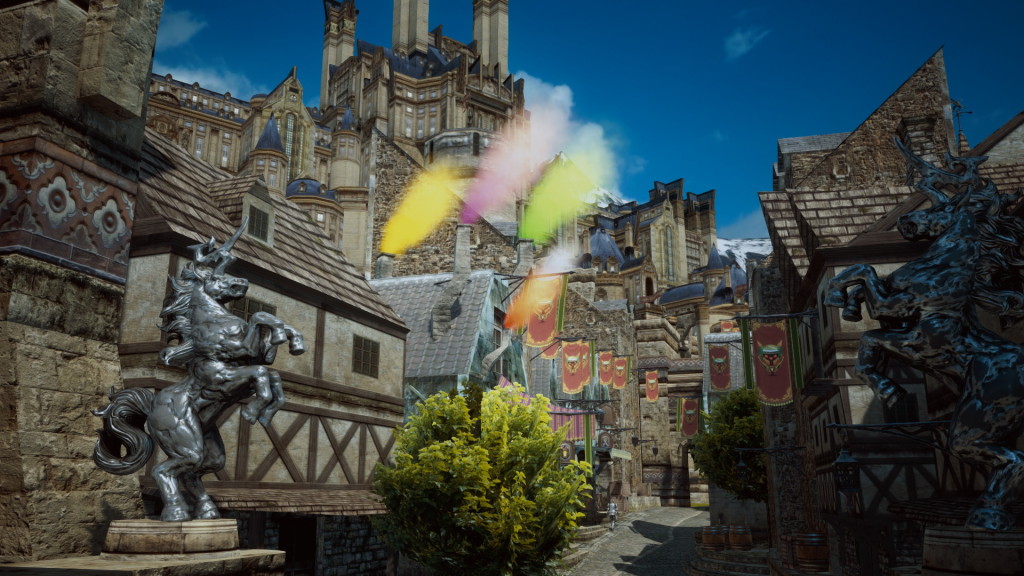 Outskirts of the Leslia Kingdom

Fidel and Miki live in Stahr Village, which is located in the southern edge of the Leslia Kingdom. Because it’s facing the coast, fishing makes up its villagers’ main labor. The outskirts of the Leslia Kingdom are mainly covered in harmonious land, but after “The Dark 7 Years,” violent monsters and creatures that use spellmark magic have begun to threaten the people. 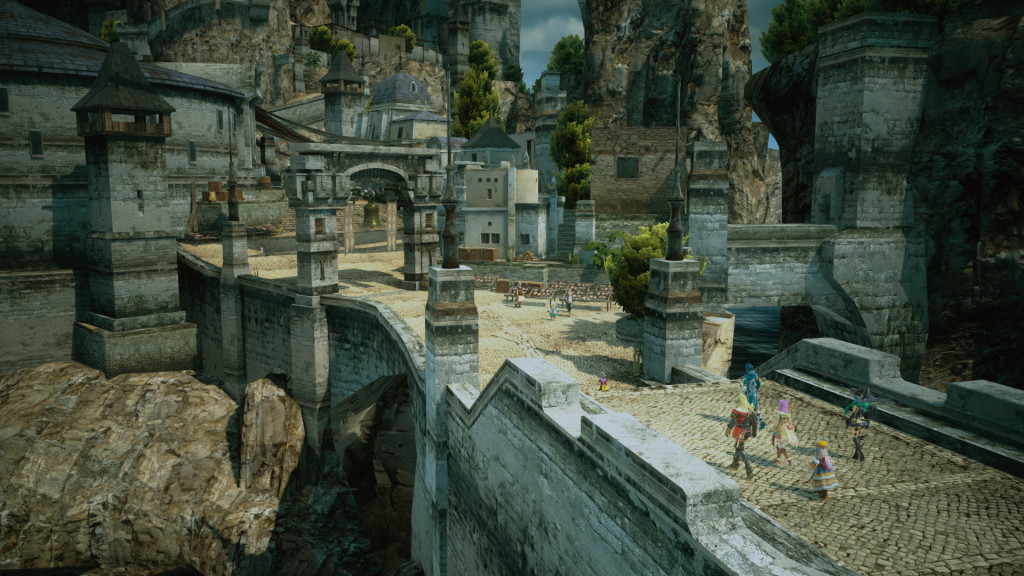 A separate dimension space, and advanced science and technology. The heroes’ adventure won’t just take place on Feycreed—they’ll also visit unknown worlds like this one. Across these worlds, a unique Star Ocean series story will unfold combining both fantasy and science-fiction. 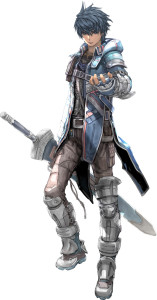 Fidel’s father is the founder of the Leslia Kingdom’s most prominent fencing school, where the Camuze style of swordsmanship is taught. Fidel also inherited his father’s talent. During the period known as “The Dark 7 Years,” he plays an important role in protecting the public order of Stahr.

Battle Specialization: Fidel demonstrates his true value in one-versus-one bouts where he can connect combo after combo.

Battle Skill: As people without the ability to use spellmark magic, Fidel and Viktor can use special moves by consuming MP. Fidel specializes in Camuze-style swords-based moves. Viktor uses the Camuze style, as well, but also uses another school’s style. A large number of special moves from previous Star Ocean games will appear in this game. 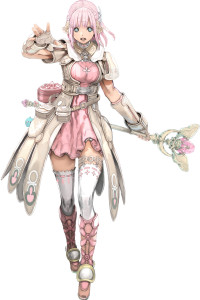 A girl who grew up with Fidel as his childhood friend in Stahr. Because of the difference in their ages, and the fact that they were brought up as siblings, Miki loves Fidel like an older brother. She behaves like a child with Fidel and is not very strong-willed, but on the other hand has a strong sense of responsibility and a warm heart. She is a spellmark mage and one of the few in Stahr with healing abilities.

Spellmark Magic: Miki and Fiore can use spellmark magic by consuming MP. A special kind of magic on Feycreed, only people with “spellmarks” engraved on their bodies can use this black magic. The more complex the spellmark, the more mental strength is required to control it.

A soldier who belongs to the Leslia Kingdom Special Forces. He is faithful to his duties and has earned the devoted trust of his subordinates. He has a serious personality, but even when it comes to war, his conflicted about the killing of others. As someone who studied the Camuze style of swordsmanship, he has great respect for Fidel’s father.

Group Battle Specialization: Viktor specializes in ranged and wipeout-style attacks, so he triumphs in battle against groups.

Battle Skill: Viktor not only dual wields a sword and scabbard, but can link attacks, as well.

One of the world’s leading spellmark mages who belongs to the superior-in-magic Randock Kingdom’s Spellmark Research Institute. She wears a revealing outfit, but it’s probably because she wants to show off the advanced magic symbol carved into her leg.

Once you’re noticed by a monster on the field, you’ll enter battle seamlessly without transitioning to a separate arena (battles are on the field). Based on your distance from the enemy, you’ll automatically switch between short-range and long-range attacks. The battle system adopts three basic options: light attacks, heavy attacks, and guards (and by extension, guard counters). Players will also be able to freely switch between characters with the press of a button.

On the right-hand side of the battle screen is the “Reserve Gauge,” which fills up as you unleash light attacks, heavy attacks, and guards. As it increases (to a max of MAX5), it will offer bonuses to the experience points you acquire, your skill points, and Fol (money) earned.

When the gauge accumulates to a certain amount, you can activate it and activate each character’s “Reserve Rush” (a super special attack).