The Cross of the Dutchman is based upon events of the folk legend, Pier Gerlofs Donia.  The story begins with Pier living peacefully on his farm in the province of Frisia.  It is set at the turn of the 16th Century and the world is changing for the worse. 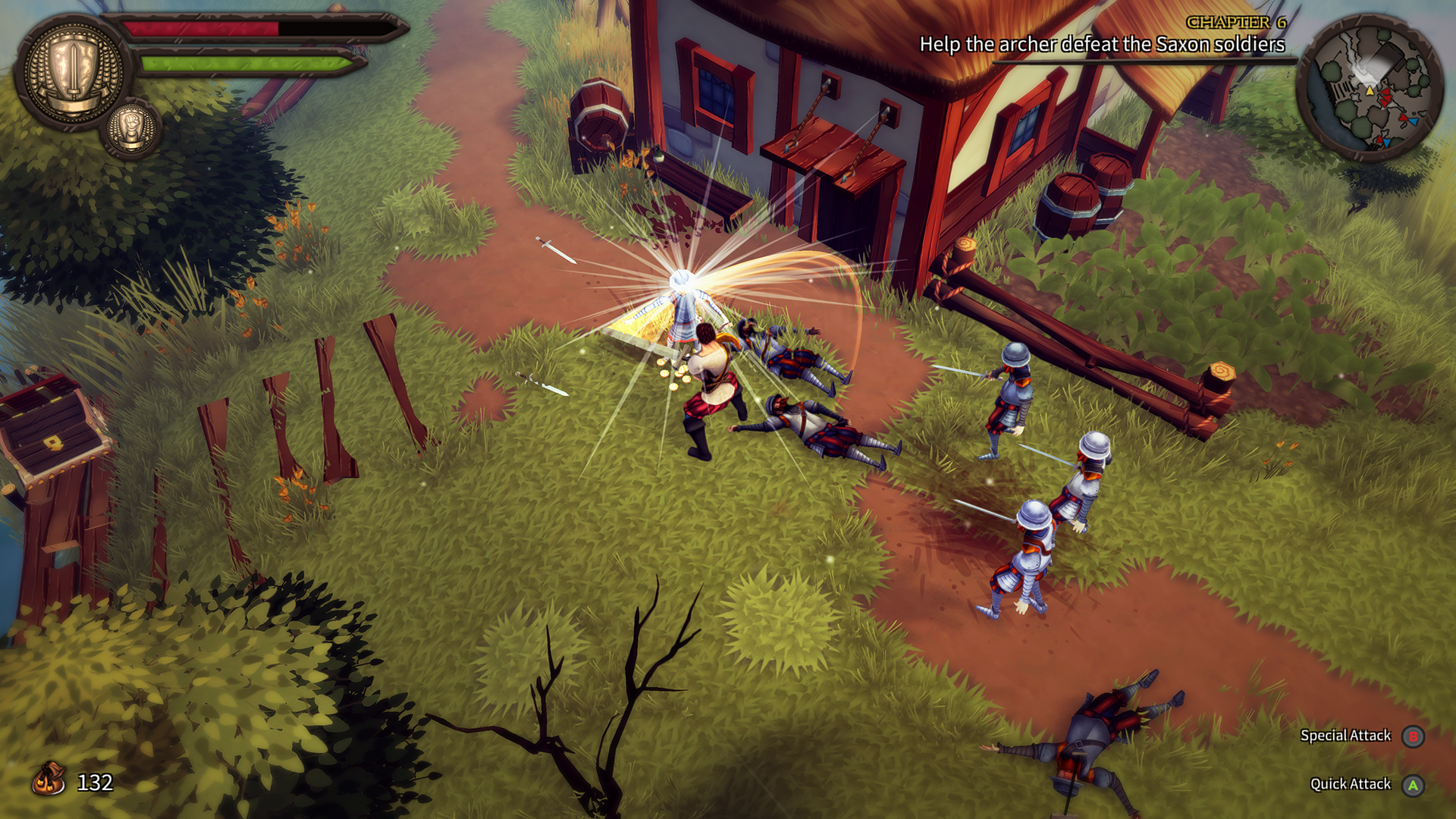 Even though Pier and his family are living in peace, Saxon legions were invading near by villages and one day these legion’s entered Pier’s farmland.  As expected, Pier fought back against these legion’s thus causing the situation to become somewhat worse.  Throughout this adventure you will form your own army and wield your 7 foot sword to take back what is yours.

To ensure that the world in which they created was accurate to the 16th Century, Triangle Studios have put a great deal of research into the project.  They visited museums, villages and even the final resting place of Pier.  They even consulted experts to teach them about how tough life was during the 16th Century.  You can see all this extra effort has paid off as Triangle Studios have managed to create a beautifully looking 16th Century world which has managed to portray how tough life really was.  It really adds to the validity that this is based on true event and times. 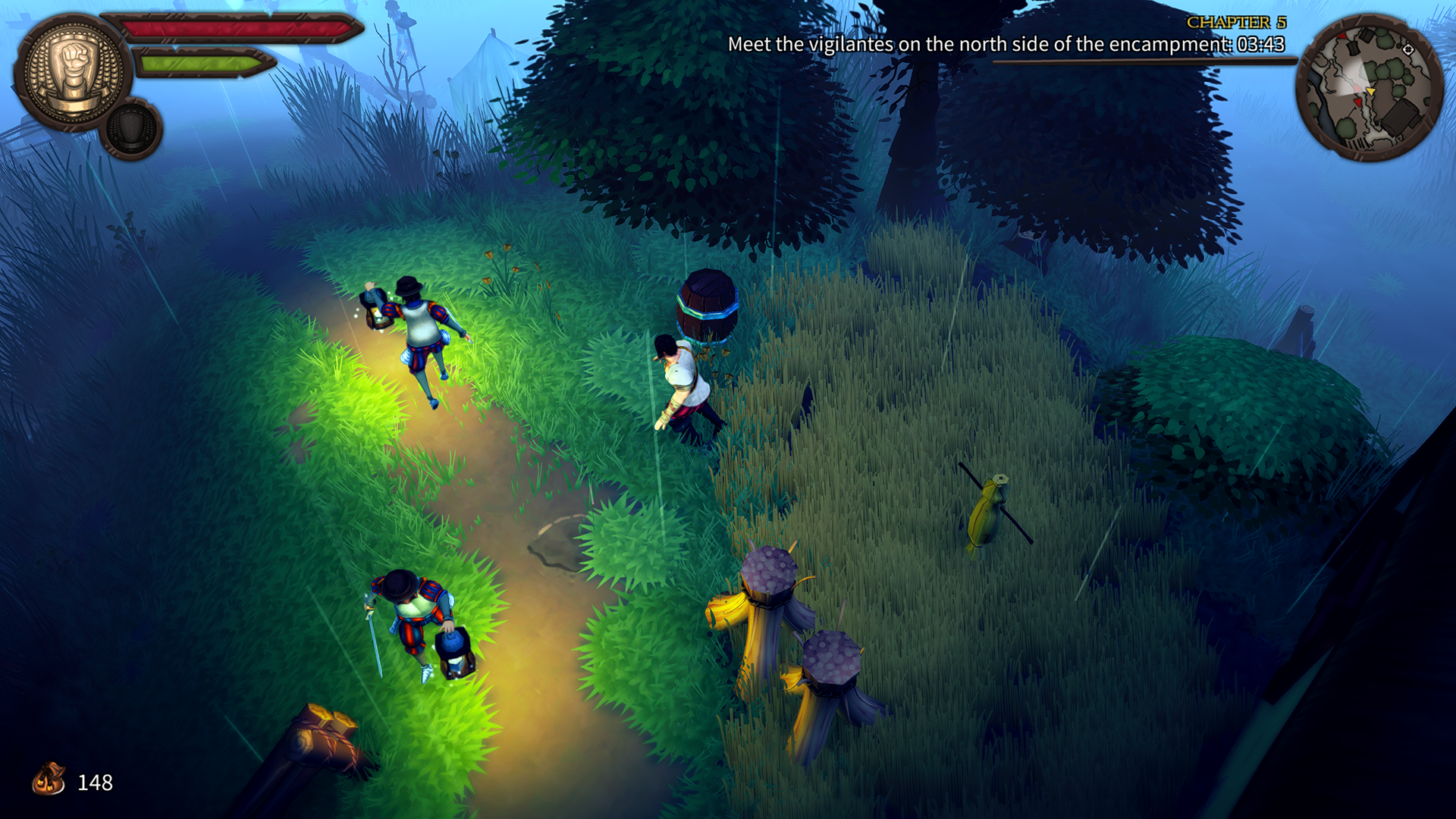 The gameplay is very simple.  You begin the game by just using your fists but as time goes on you will start using weapons.  You will be armed with a quick attack and a charged attack.  The charged attack uses your stamina bar (which refills), with your first attack being a very powerful uppercut that causes enemies to fly.  More moves can be brought by using coins found around the world.

The core of the game is to go to a certain point, kill a few enemies and then either return to the original point or move on to a trigger object, that will continue the story.  There are some stealth sections that are fun but are way too easy.  All you must do is not stand in a soldier’s triangle of view and you are fine.  In fact, you can stand out in the open as long as no one is looking at you.  The fights can get a little hectic when you are up against a lot of soldiers.  I found myself using my charged attack, take a few hits and then run around whilst I wait for my health to regen.  The issue is that it takes you away from the action thus making it a staggered experience.  One issue I found whilst fighting (and moving around the map) is that it is easy to get caught on the scenery.  Moving around the map is no issue but when you are running around waiting for your health to regen and you get caught on a blade of grass, well, it can become annoying.  The combat itself is smooth and responsive – in fact it sometimes feels like you are gliding across the world as you fight.  One thing to note is that you should only play this with a controller – keyboard and mouse controls are the worst I have ever used.  They just do not make sense at all.  If you do not believe me, give them a go.  You will soon revert back to the controller.

The world created by Triangle Studios is very nice to move around in.  Everything looks so fresh and there are a lot of NPCs around to add to the feel of a busy village.  I found that the mini map did not fully represent the actual map.  There is not distinguishable features on the map to represent areas that you can not go to.  Character models are very detailed and I enjoyed the cartoon title cards to tell the story.

You can see a lot of passion has been put into The Cross of the Dutchman but at only three hours long it feels like I was only given a little taste of what is to come.  Even with it based on a true story, the main focus of the game is the combat but as good as it is, at the end of the day it is button bashing affair.  All in all, Triangle Studios have done a good job at creating a historical brawler and should be happy with the final result.  Hopefully we will see more titles like this in the future. 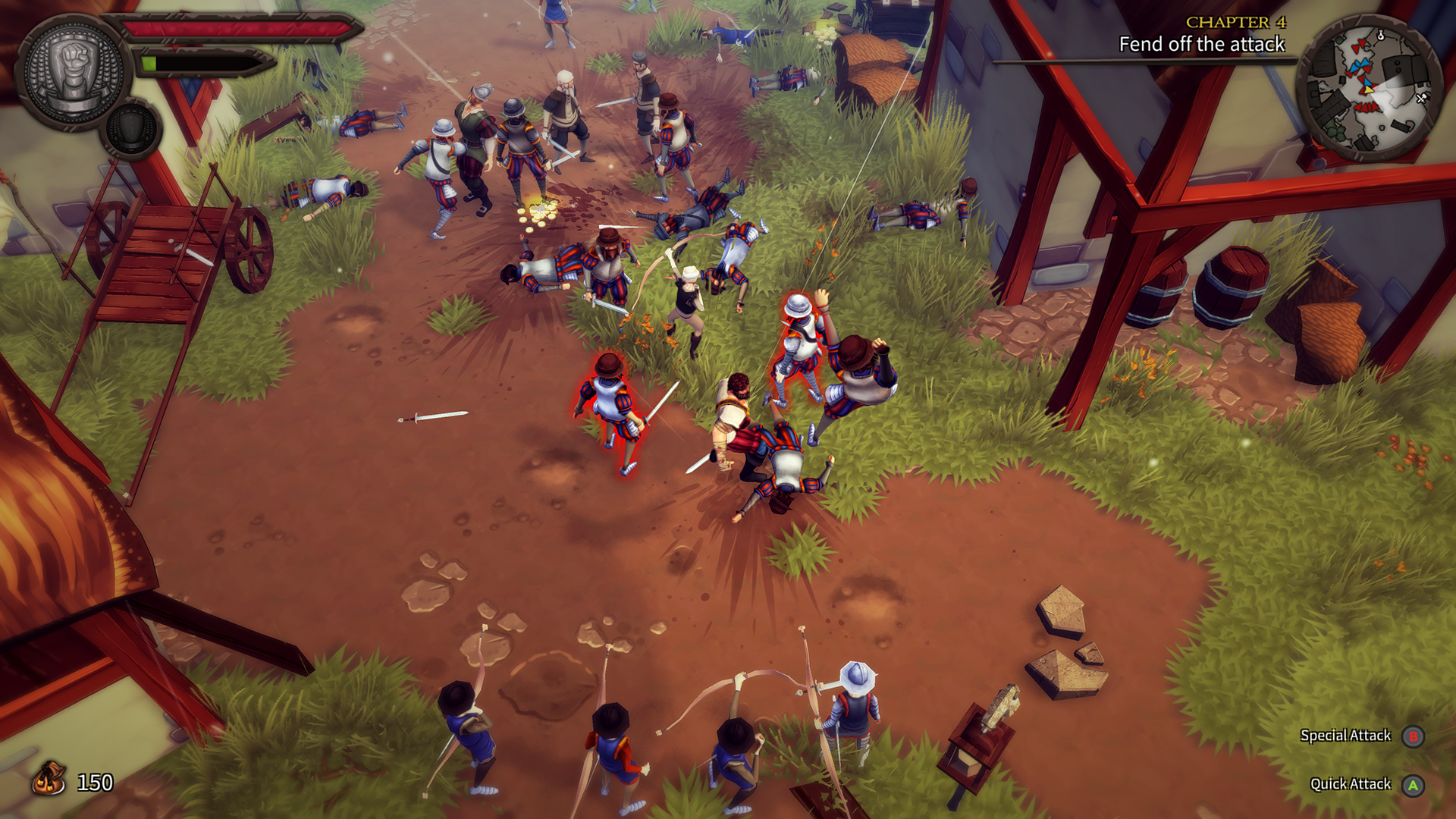