The official website has been opened for Gravity Rush 2 by Sony and it has provided some details on the story and characters. 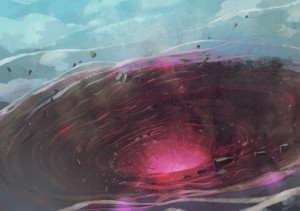 In the aerial city of Hekseville, reconstruction is progressing after the new weapons incident caused by the former mayor D’nelica.
After a strange gravity wave disturbance was observed, the gravity princess Kat begins an investigation with her shifter partner Raven, and Syd, a police officer.
Kat senses something strange and the area is hit by a gravity storm on an unprecedented scale. The three investigators are sucked into a gravitational whirlpool before even getting a chance to use their powers.

A remote, alternate dimension. Kat was engulfed by the gravity storm and finds herself in Banga Village, where people mine gravity ores amongst ruins for a living.

Separated from Dusty, the cat who gives her the power to manipulate gravity, Kat is without special powers, and spends each day doing hard labor in the mines.

One day she heads to work with Syd, who found himself in the same village, and a type of Nevi they’ve never seen before—called a “black insect” in this world—appears. The two are in deep trouble, but then… 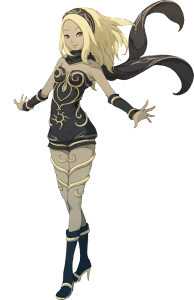 A girl who lost her memories. She saves the aerial city Hekseville from a gravity storm attack, and its people endear her as a gravity princess. 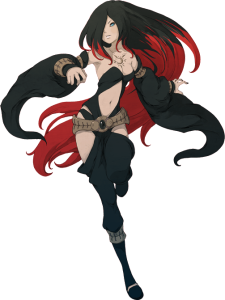 A girl who used to be Kat’s rival, but now appears as her partner.

A police officer who resolved a number of incidents with Kat. But he’s also a troublemaker that invites unrest.