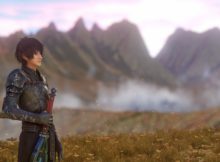 News
Publisher Playdius Games has announced a delay to the launch of Edge of Eternity. Developed by Midgar Studio, the JRPG inspired game will now be released to Steam
Read More

News
Playdius has announced the Steam early access date for the upcoming Edge of Eternity. Developed by the 9 person team at Midgar Studios, a successful crowdfunding campaign on
Read More