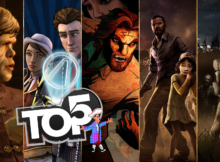 Feature
Unless you have been living under a rock for the past 10 years I am sure you have heard of Telltale Games.  It is a studio built from
Read More

News
A release date has been announced for the final episode of Tales from the Borderlands, The Vault of the Traveler.  Releasing on the 20th October on PS4, PS3
Read More