Valthirian Arc: Hero School Story recently made its way to PC, alongside PlayStation 4 & Nintendo Switch, with the tantalising offer of allowing players to run their own hero academy to train the nations next batch of heroes. Does the game manage to seamlessly fuse its two gameplay types with flying colours? Lets find out…

The game opens up during a royal event that sees the changing of the guard with regards to the school closest to the royal court. As you wine & dine with with the various members of the royal family within Valthirian, it quickly becomes apparent the importance of your new role within the nation. Will you use your new position to support the throne, or guide the reigns of power elsewhere?

After a brief opening with the story, things go quiet for a couple of semesters, before a twist kicks things off again and expands the scope of the story overall. The faction system in place for the errands & missions is key with regards to the story, as depending on who you support can change how things go. Indeed, there are multiple endings to this game that varies depending on your dealing with the factions, offering up genuine consequences within the nation for your choices. Whilst the overall story isn’t too gripping, the faction based nature of its progress does make up for it somewhat and the multiple endings add some replay value. 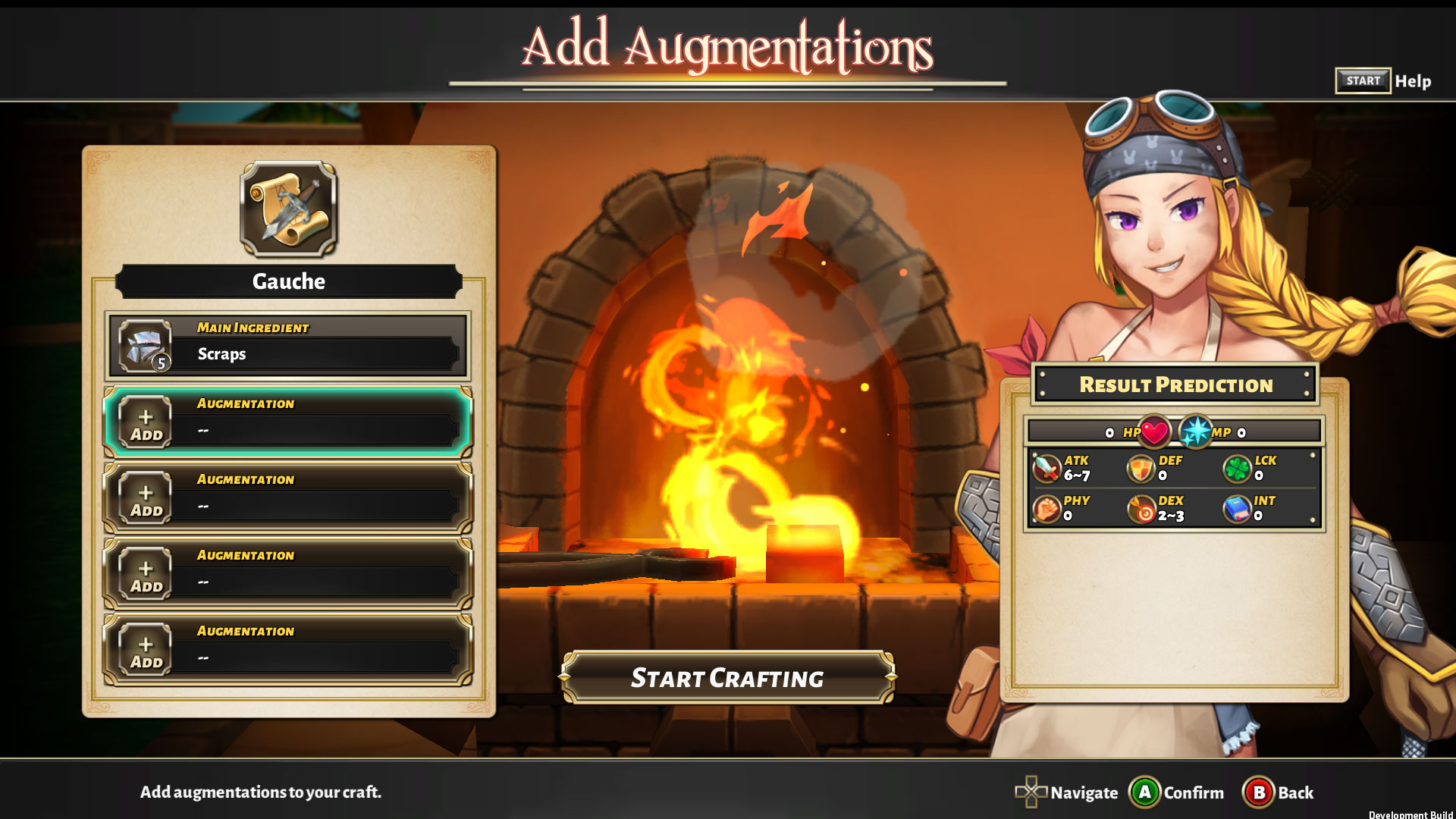 Given the console port nature of this release, there isn’t much in the way of graphical settings to tweak, but the game does still look decent due to its styling. In-game things take on a chunky chi-bi style for the characters, with some colourful and relatively good model/texture work done on the environments, with the dialogue sections taking on a more visual novel-esque approach. The style used during dialogue isn’t the same, but isn’t as jarring as expected as it is still a little stylised and looks pretty good. I gues the only downside to the overall presentation is that some of the environments can look a little to similar and aren’t quite as varied given the amount of mission available.

Performance is pretty good on this, which is expected given it tops out at 1080p and isn’t too graphically demanding. On my PC (R51600/16GB/Vega64) the game would obviously run flawlessly, with the GPU barely hitting a high power state. Judging by PC performance, I tried on the laptop too (Core i7/8GB/HD7750) and it also had little problem at 1080p, though the framerate wasn’t as stable and would fluctuate between 40-60. This is likely due to the game using over 2GB of Vram on PC, but lowering resolution (it goes all the way down to a Vita like 960×540) should bring smooth performance on low power devices. 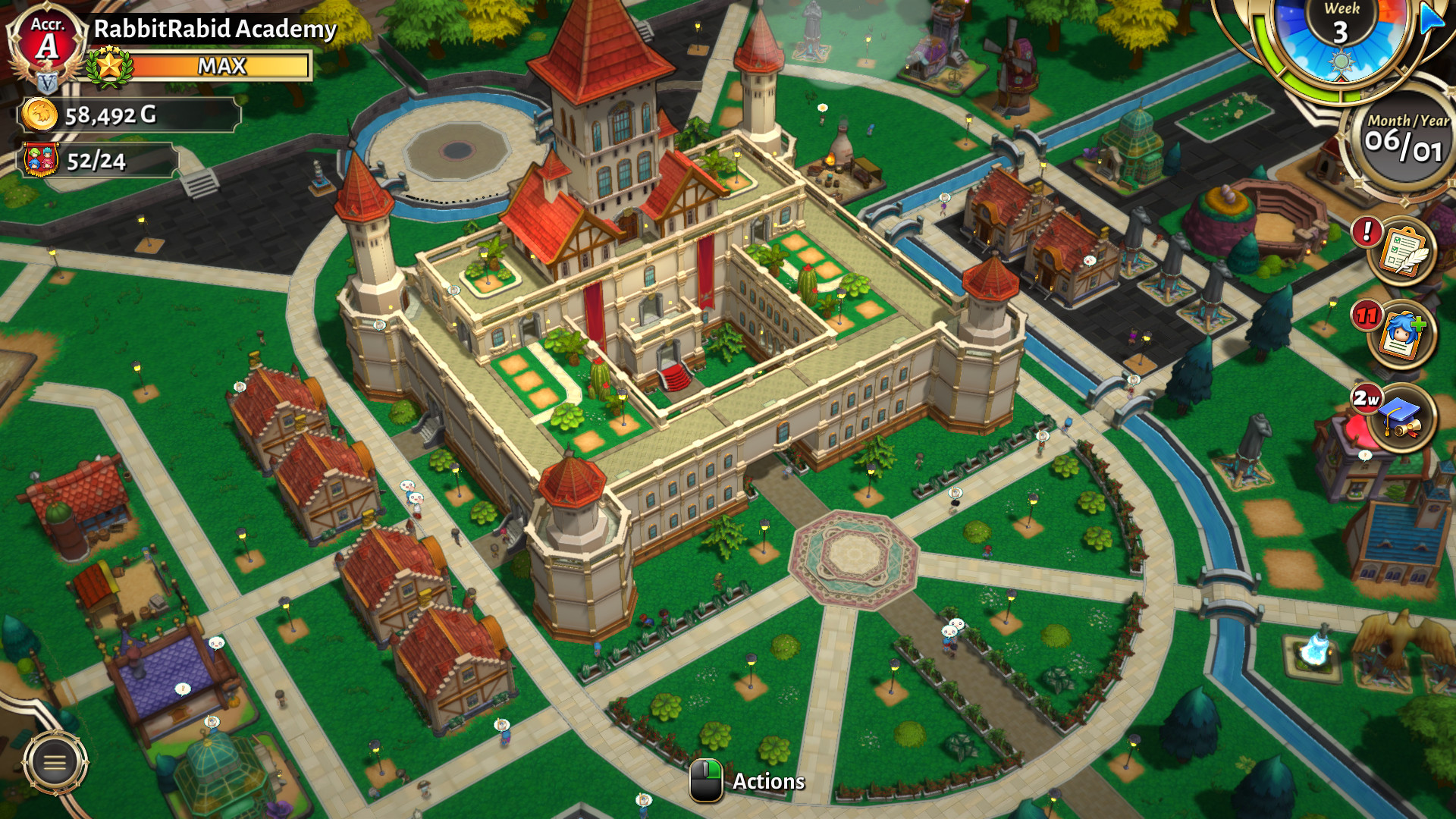 Valthirian offers up two games rolled into one that. Most of your time with the game will be spent managing the school and its students, with your management having a direct impact on the progress of the students that apply to your school, as you build up its prestige amongst the royal factions. The students attending it can be formed up into parties, which you can then send on errands & missions to gain experience, favour with other factions and prestige for the academy. The missions are where the action RPG aspect of the gameplay comes in, as you take direct control of the students on their quest. Graduating students is how you build you academy, but you don’t always have to graduate them straight away. Any that catch your eye can be promoted to a specific field (knight, mage etc) and built up even further than before – certainly worth the time for the prestige boost.

Taken on their own, both aspects of the gameplay could be better. Combat could be more slick and academy management a little deeper, but together it creates an enticing package that’s woven together well. Each has an effect on the other, with students not on quests able to attend classes to boost stats/XP, or attend specialist classrooms to gain experience within a certain field, and the materials or blueprints found during quests can be taken back to the academies armory to craft tools to help the students. Overall its an interesting game to play through, just don’t go in expecting any kind of deep mechanics to the RPG & management gameplay – though taken together it’s an enticing package. 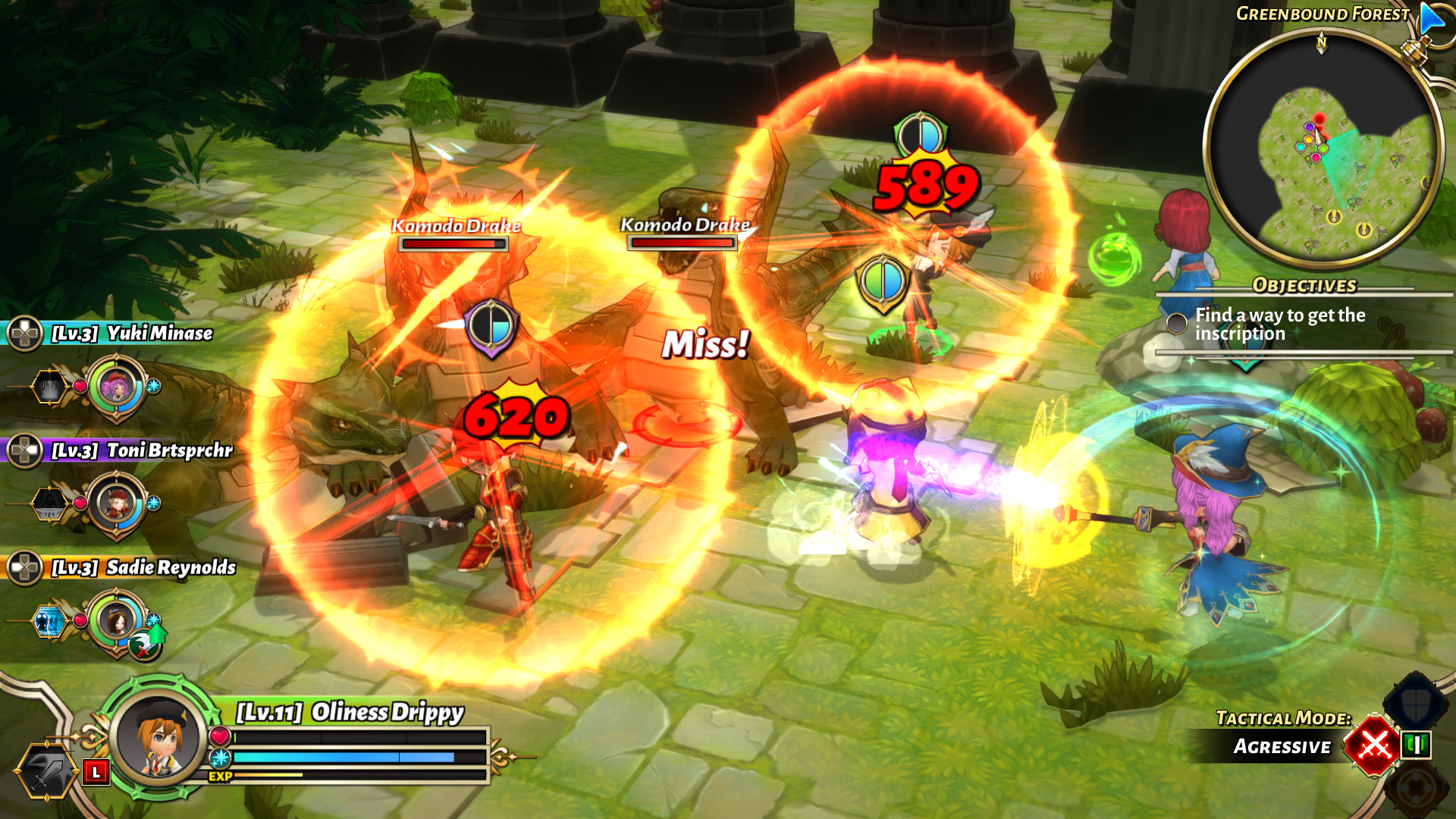 Valthirian Arc offers a good overall package, with the melding of school management and action RPG gameplay proving to be an interesting combination. Unfortunately the gameplay each offers doesn’t have too much depth when taken on its own, but luckily they work seamlessly together when taken as a whole. Whilst not the best RPG or management game out there, Valthirian Arc takes a bit of each to create an enticing package that should interest fans of both genres.