Lost Sphear is the second project from Tokyo RPG factory and published by Square Enix. It follows a similar style to their earlier project I am Setsuna. Lost Sphear is classified as a spiritual successor, with the the turn based rpg released earlier this month and is available both physically and as digital download. So lets see if its worth picking up.

Lost Sphear sees you take on the mantel of a young man by the name of Kanata, as he and his friends travel the world in order to discover the truth behind the phenomenon of “the lost” after the town they grew up in falls prey to this strange event. In the early moments of the game, Kanata awakens the power to reverse the effects of the lost and so begins his search for the truth behind both the lost and the power he now holds.

The story of Lost Sphear begins with many mysteries and open questions for the player to ponder over as they come across more details of the world and its sub plots, pacing it in a way that each mystery slowly unfolds while leaving you intrigued enough to press on in order to find the bigger picture. Overall I have to say it seems well written thus far, and despite its clear similarities with I am Setsuna and classic Rpg’s as a whole, its take on the nobody becomes the legendary hero who saves the world story line is a brilliant homage to the early days of RPG’s that shouldn’t be dismissed as a simple copy and paste.

One major drawback however is the sheer amount of seemingly unnecessary back and forth between plot points that sees you going from A to B to A to C to B again, like some kind of yoyo for 5 lines of dialog telling you to travel to D only to go back to A and repeat the darn process. This honestly wouldn’t have been all that much of an issue if it actually had something to do between said points other than pick up potato’s and carrots. 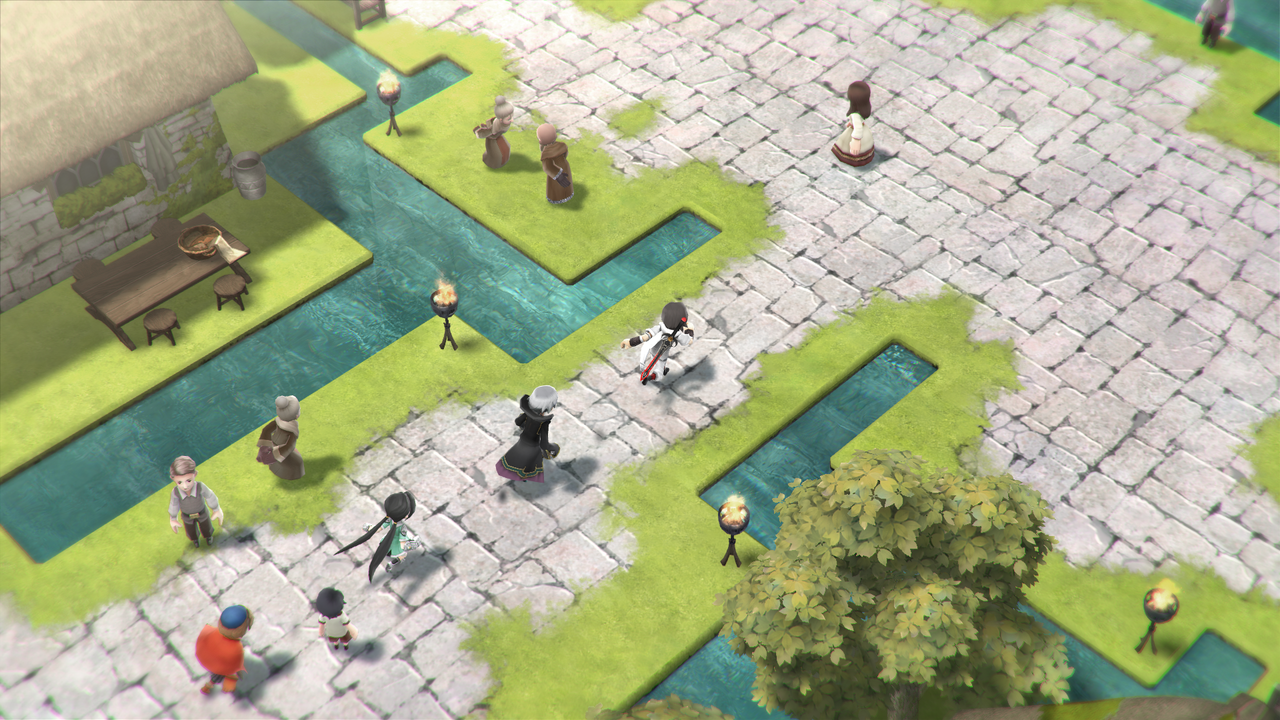 I don’t have all that much to say about the musical score from Tomoki Miyoshi. As a whole its there and does the job for setting the tone of a small village or an imperial city as is intended, but there doesn’t seem to be a whole lot of variation to it. The game also contains some light voice acting in the form of Japanese voice work in battle. This can be turned on or off when starting a new game, however does not extend to in game scenes. 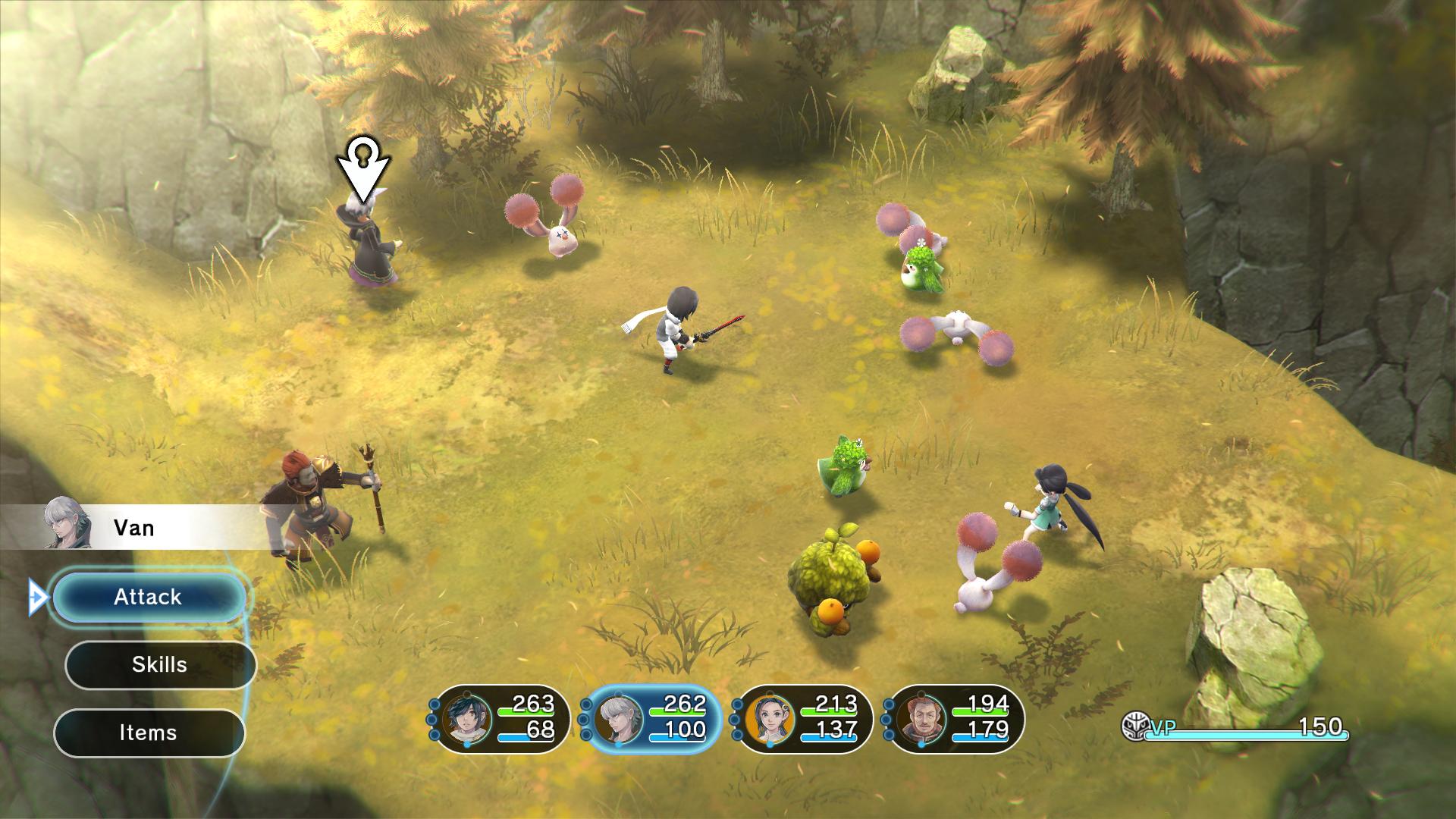 Gameplay wise there is not anything truly groundbreaking to be seen, while this is not by any stretch of the imagination a bad thing this does mean its key selling point falls into the realm of nostalgia for the RPGS gone by with nothing but its classic feel to really set it apart. One gripe I feel I must mention however comes in the form of lack of overworld battles something that seems odd given most other areas are teaming with evil beasts to tangle with but at least we get the INN this time round.

Speaking of creatures from the depths of darkness and flame brings me onto the subject of battles and once more those coming of the back of I Am Setsuna will feel as though they never switched game due to its similar execution and reused assets with that said its also highly accessible to new comers to with its simple ATB system and unique equipment for each of the party members it would be difficult to become overwhelmed given the tutorials and limited amount of variation.

Two of the more notable systems are the “Vulcosuit” and “Momentum” the former been a suit of mechanical armor unique to each party member and with individual skills and ability’s that can be of huge help in combat by simply boosting your stats or by allowing for powerful skills however the limited power supply for each means you will have to pick and choose the right times you unleash them. The latter has a wide range of effects but essentially acts as stored up latent power that allows for additional attacks of buffs when preformed while there is a fair bit more to it than this going into it any more would make it seem much more complicated than it is so ill leave it at that but both systems can allow for the changing of tide in battle. 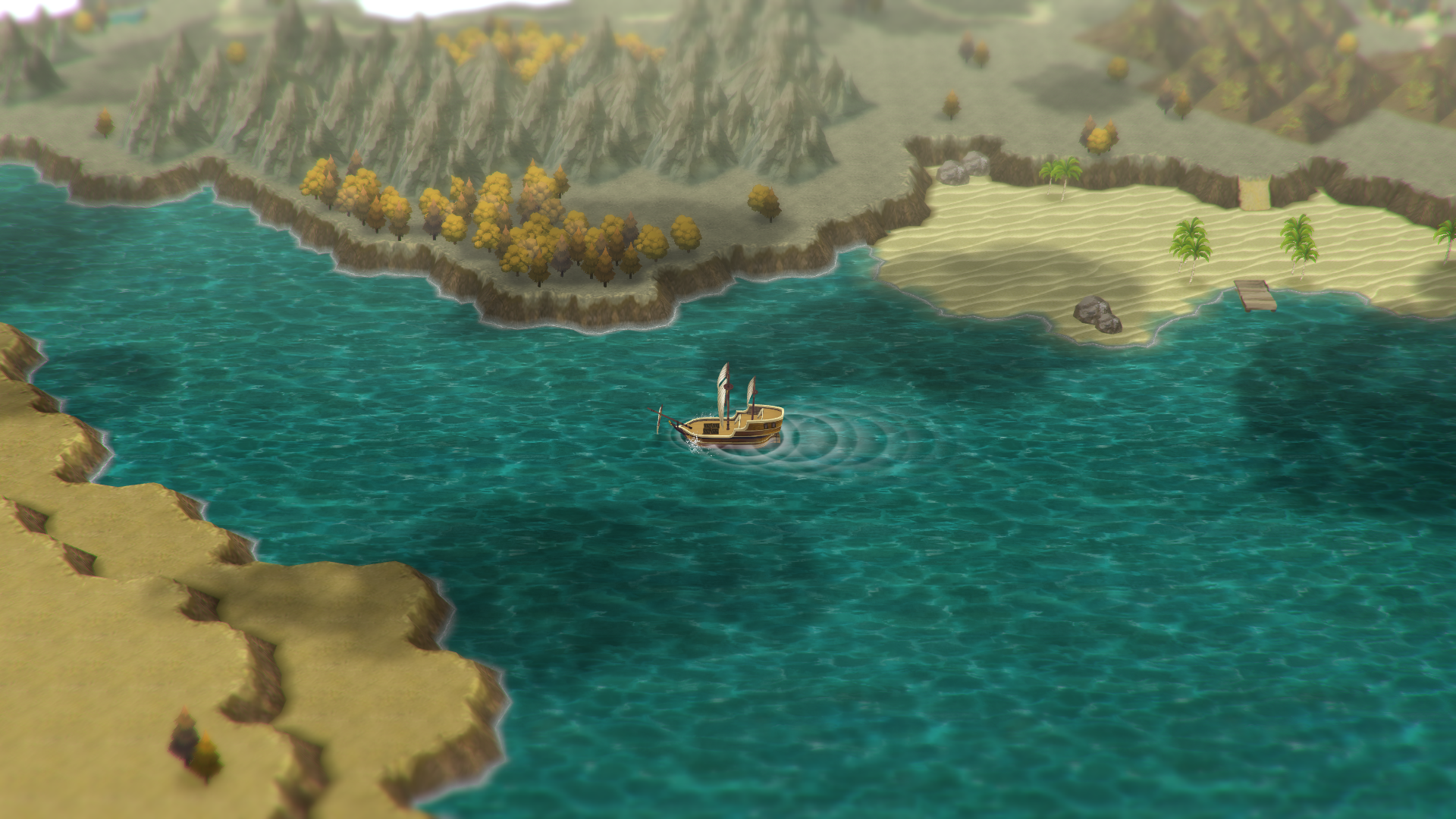 Overall I have to tell anyone who enjoyed I Am Setsuna to give this a go as soon as possible, simply due to the well deserved title of spiritual successor and secondly I’d also like to recommend it to fans of the more old school simple JRPG’s of yesteryear. Its far from groundbreaking, or in fact unique, but if HD ports have proven anything the last few years its that nostalgia sells. I am personally hoping to see more from the RPG factory team, however a few more overworld battles and a few less fetch quests would go along way next time.