Nintendo has been keeping Switch gamers on tenterhooks since the beginning of January, refusing to announce when or even if their annual January Direct was going to happen. Well, fret no more as the Direct Mini has just dropped and boy does it have some bombshells.

Though many of us knew it was coming, a Dark Souls remaster is probably the biggest announcement to come out of todays Direct. Releasing May 25th this year, we can prepare to die once more but this time we can die anywhere!

Another more unexpected addition to the Switch library is a remixed port of Tetsuya Nomura’s modern day stylish JRPG The World Ends With You. Originally released in 2007, it’s unique touch controlled battle system will make the game a perfect fit for the Switch. We’re also promised a sizeable chunk of new content in the form of an extra campaign that will add another level of depth to the already slightly barmy story. Expect to see TWEWY: Remix on Switch at some point this year. 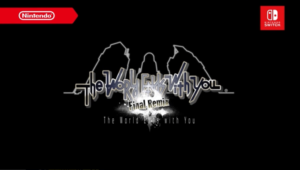 Last years excellent PS4 and Vita Action RPG Ys VII: The Lacrimosa of Dansa is also getting a release this Summer on the Switch. The latest entry in Falcoms long running Ys series and Adol’s most epic adventure yet. We’ll have out Otaku Review of Ys Chronicles on the site for you to read later this week if you’d like to know more about the origins of the series. 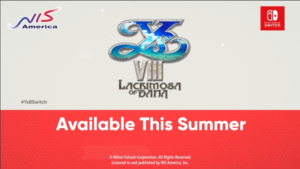 On top of these upcoming releases, Nintendo also announced the following:

All in all it looks like Nintendo isn’t resting on their laurels after an absolutely incredible first year for the Switch. The momentum is clearly carrying over to the beginning of 2018 and as this Nintendo Direct was only a mini-direct, I can’t wait to see what they have lined up for us with a full fledged Direct.