Due to the overwhelming popularity an addition day has been added to the Launch Event, it’ll now run over the 26th and 27th of January. Extra tickets are available at the link below.

As the end of the month draws near, the mighty Dragon Ball is ready to decend on the competitive anime fighting game community and inevitably consume it with all it’s Super Saiyan goodness!.

If you put a Pre-Order down at one of the selected retailers you should have earlier access to the final Beta of the game. The beta goes live on Saturday 13th at 8:00GMT and runs until the 14th, following this the Beta will then open to everyone and be playable until Tuesday 16th at 8:00am. 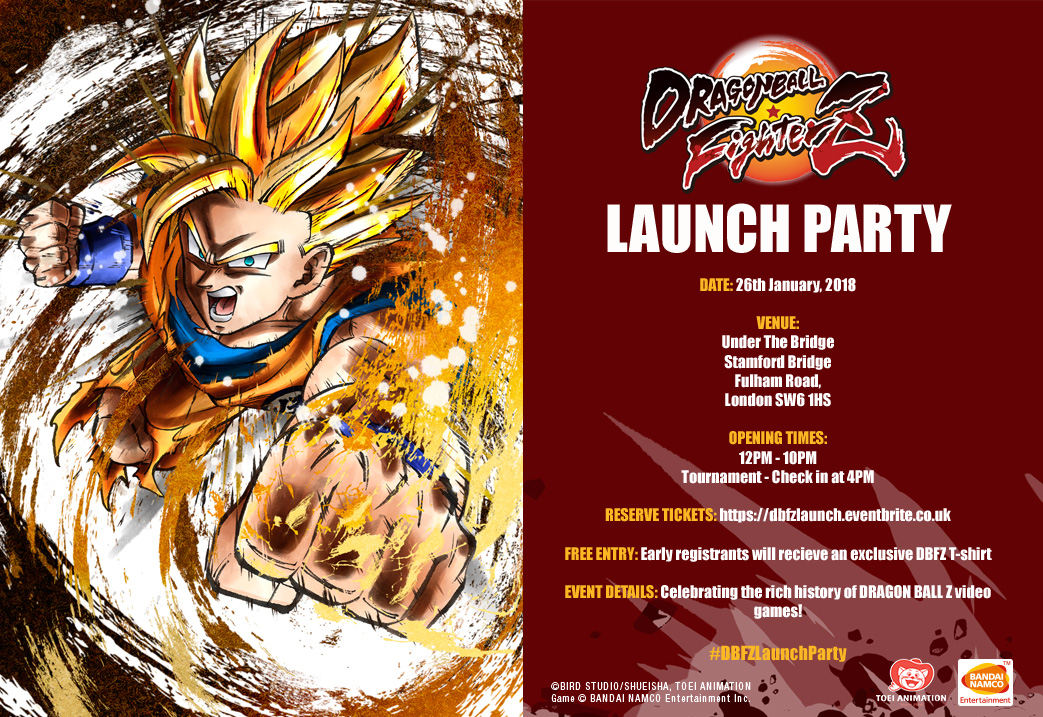 This is a fantastic chance to hone your skills in time for the Dragon Ball FighterZ Public Event, taking place on the 26th January at 12pm running on till around Midnight with a tournament starting at 4pm.

If this sounds like your jam you can order tickets HERE for the stellar price of free!. Early registrants are also eligible for a Dragon Ball T-Shirt*.

The event will be held at Under The Bridge, Stamford Bridge, Fulham Road, London, SW6 1HS.

This looks like a fantastic event for the game and will help it storm it’s way into people’s collections, if you are attending the event we would love to hear about it from you!.

*While stocks are available