It’s been a long time coming but Sega’s blue, attitude giving, speed ticket accumulating hedgehog has finally made his 3D Debut on the current gen consoles. Does Forces break that famous Cycle or is it just pure Mania? Read on to find out!.

So little history lesson about myself, I feel like I was brought up with Sonic, Despite owning a NES my first gaming love was Sonic, I murdered the Master System versions, then the Mega Drive versions, hell I even absorbed the Dreamcast games Shuffle included. The Playstation 2/XBox/Gamecube era dropped and I lost my love of the games with Heroes and Shadow, gone was the rampant fanboyism of the child who once wrote a letter to Sonic or used Sonic 3 as a crutch for coping with his fathers death, The love had gone.

Further insults came at the hands of Sonic ’06, Secret Rings and Black Knight while only slightly redeemed by Colours and Generations, I wanted to love Sonic but he didn’t love me anymore. Then Mania struck, my god was that the injection I needed!, Sonic Forces looming over the horizon didn’t seem so bad then, that’s how we got here so lets see if this tale has a happy ending shall we?. 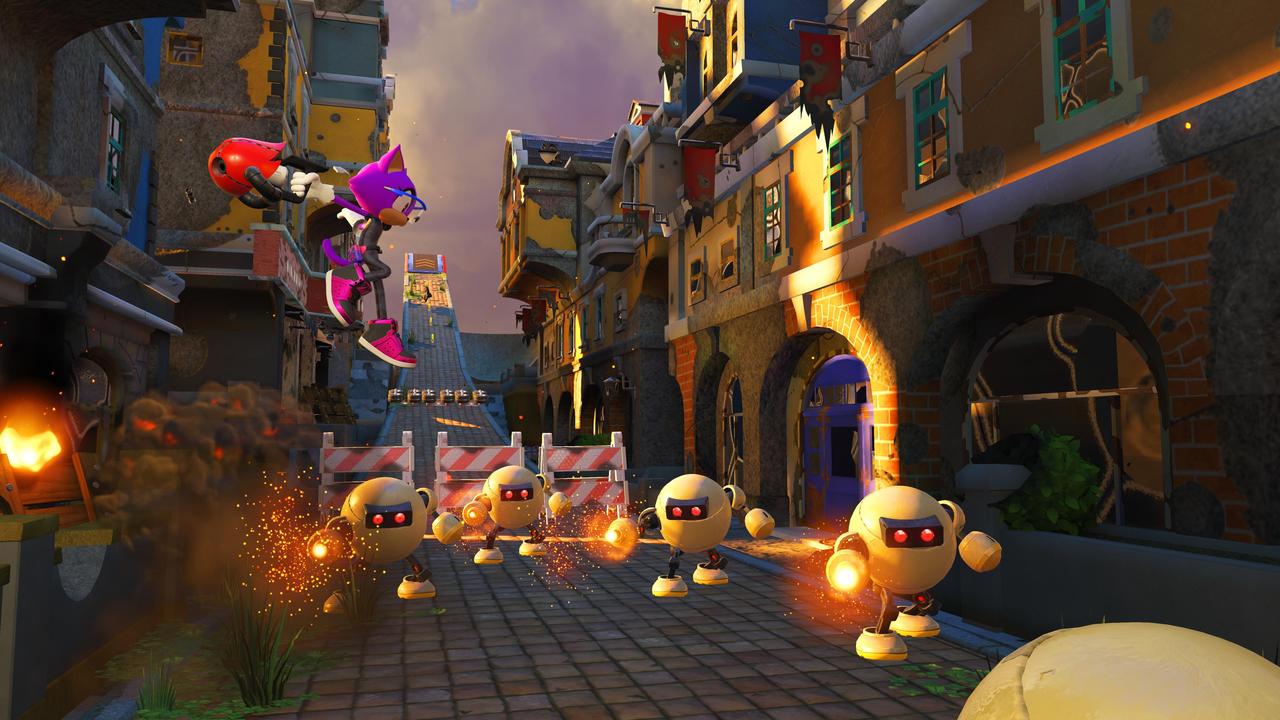 Sonic Forces main hooks are that it has ‘Create an Avatar’ and a darker, edgy story, so in tried and tested Otaku Gamers Uk style let’s have a look at that story!.

The story of Sonic Forces opens with Sonic speeding across Green Hill Zone which is currently half covered in sand, Robotnik (Not Eggman!) is currently destroying the City, Sonic arrives, kicks butt then Infinite appears with Sonic’s previous foes and lays waste to our hero. Six months pass, Robotnik has taken over the world and Sonic is presumed ‘Dead’.

So the story starts off good but quickly dilutes it’s self to just another passable tale featuring ‘ol Blue. it’s quirky enough to see you through but questionable voice acting, strange cuts, lack of any decent revelations and more questions than answers hampers this tale.

Sonic Forces is a feast for the eyes regardless of what format you play it on, I had the chance to play both Playstation 4 & Nintendo Switch and despite the PS4 having the distinct advantage in terms of graphics and 60fps gameplay it still held up very well. 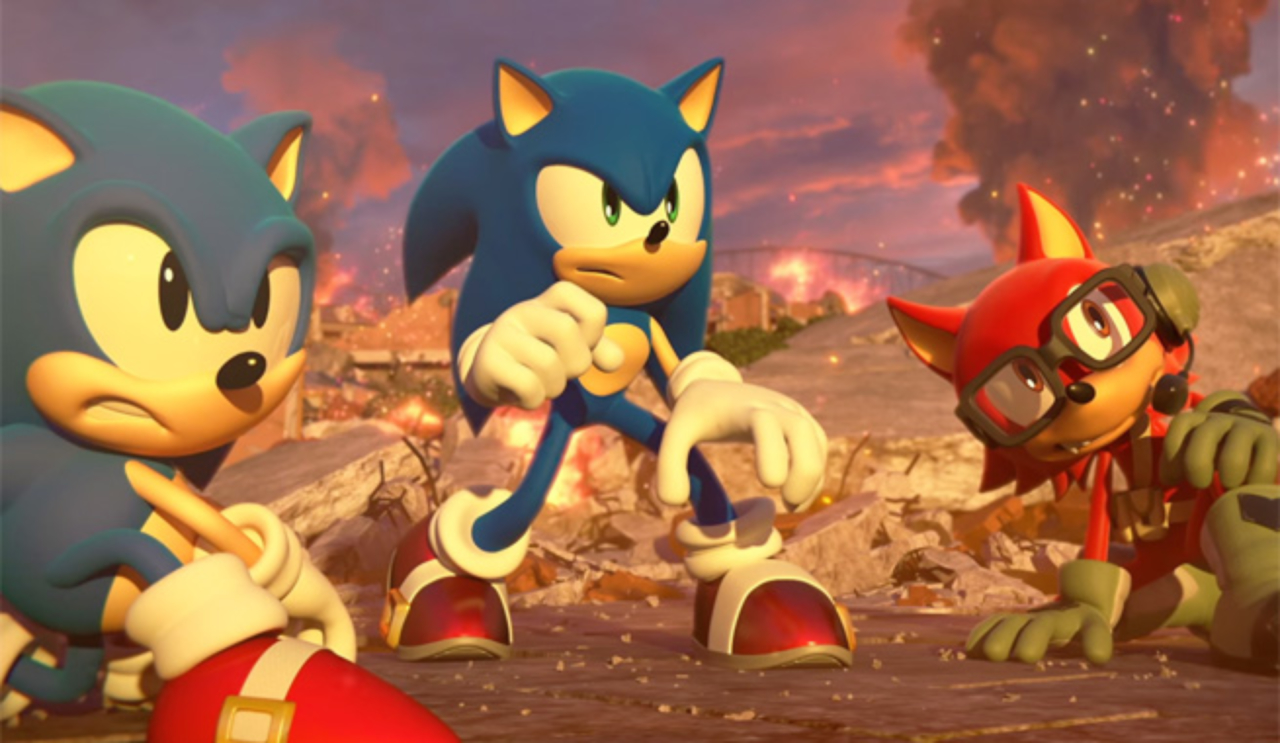 The levels follow the usual Sonic conventions, Green Hill & Chemical Plant are just two of the returning levels, there are some original mash ups like Casino Forest and a few other classics return too, there are some fantastic set pieces too which fans of 3D Sonic have come to expect.

The only issue really lies within the character models and the main offender is the ‘Avatar’, yes your created character looks like most ‘CaC’ in that it feels out of place and rushed. The clothing you can unlock for your character are quite cool but some has a tendency to look daft, such as the oversized glasses that awkwardly float above your face.

When you mention Sonic your mind no doubt floats over to the amazing soundtracks the series has had over the years, Sonic Forces to a point falls in line with this. The soundtrack is split between 3 styles of music, Techno Dance for 3D Sonic, Chiptune styled tracks for Classic Sonic & cringe inducing vocal tracks for Avatar, even Infinite gets in on the action with some early 2000’s Nu-Metal inspired jam.

Sonic Forces splits it’s self over 3 gameplay styles, 3D Sonic Boost Gameplay, Classic Sonic platforming & the mix of both Avatar, sadly it doesn’t nail any of these styles to perfection.

Visually the Boost style is the most impressive, you’ll be speeding along, changing lane with the shoulder buttons and nailing the homing boost at an impressive speed, occasionally the screen with turn to a side on view which slows it down somewhat for a little bit of platforming. The main issue here is the majority of the gameplay is just holding forward to win, occasionally you’ll have to dodge an awkward death you didn’t see coming and the platforming sections just don’t work due to Sonic’s erratic speed boosts.

Classic Sonic retains the 2D platforming Sonic was famous for with stunning HD visuals much like his gameplay in Generations. What Classic Sonic doesn’t do is control well, gain ANY momentum, runs through invisible mud, he does manage to stick to platforms with confusing invisible walls and get no explanation as to why he’s in the story, he’s good like that!. 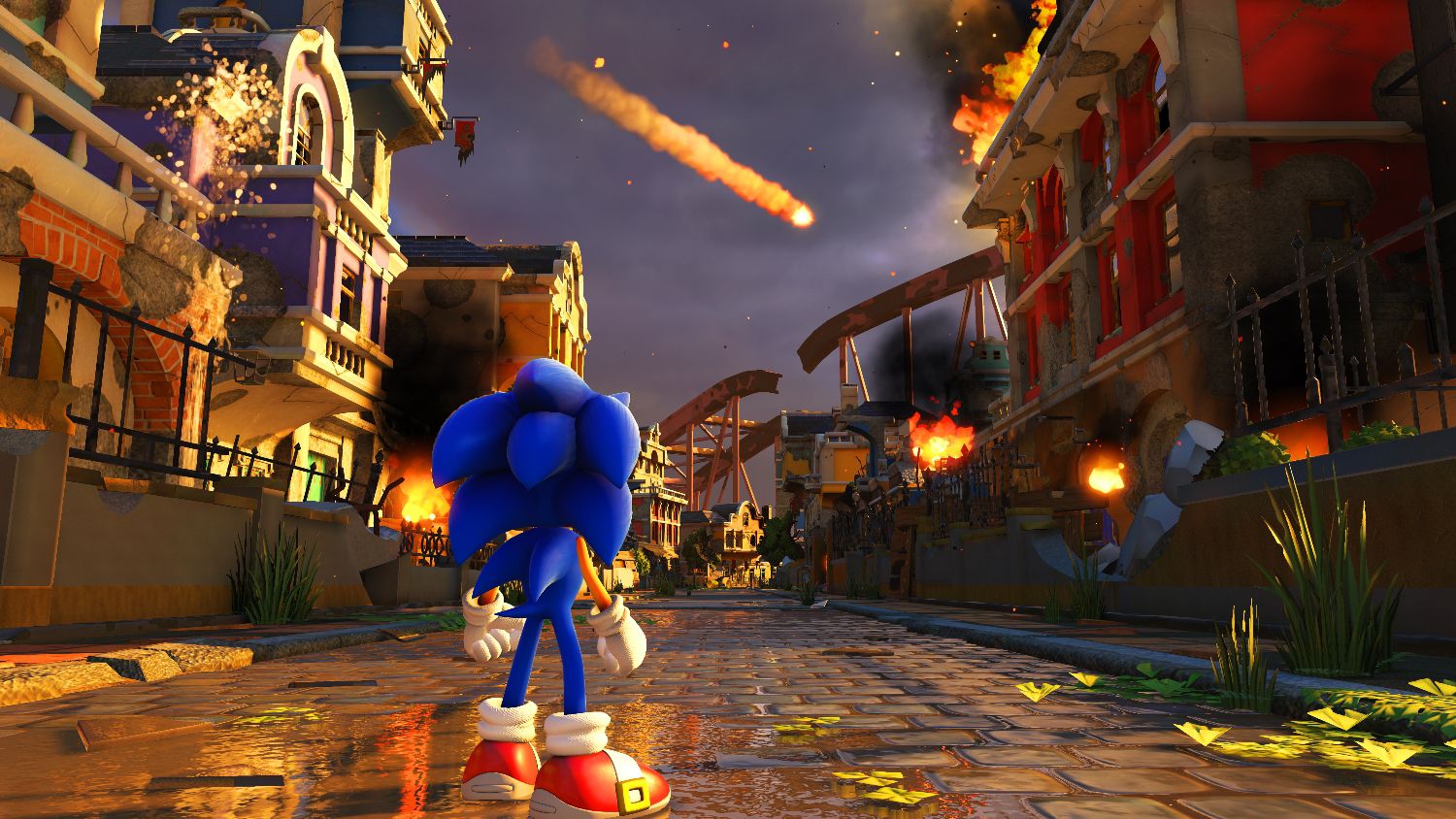 Avatar plays like the Boost gameplay but with Gadgets and Power Ups in the form of Wisps from Sonic Colours, they also have a gun to shoot the bland looking ‘Badniks’. The Boost sections just aren’t as rewarding, platforming is clunky and the gadget based gameplay really adds nothing to the gameplay, also he has no problems keeping up with Sonic which is really making me question ol’ Blue’s claims of being “The fastest thing alive!”.

Stages will take you anywhere from 1 minute to the dizzying heights of 3 minutes!, Yes I know Sonic has “Gotta Go Fast” but the levels go by far too quickly, it seems just as your warming to them you’re seeing the ranking screen, sadly this echos throughout the game as the campaign weights in at just over 2 hours split over 30 Missions. There are a few unlock-able missions on the way but the bulk of your replay will be unlocking outfits for the Avatar. 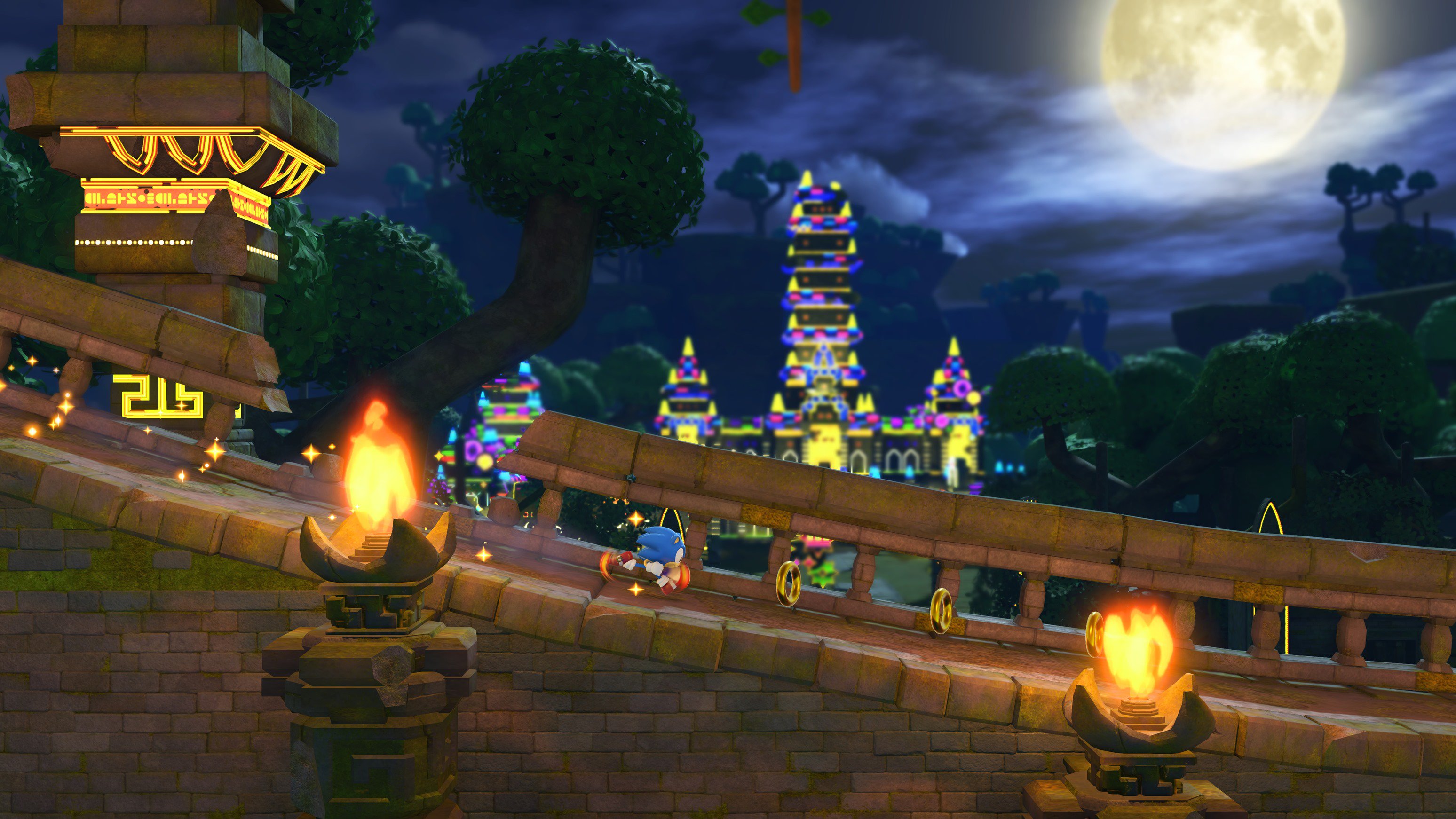 Finally I’ll address the Avatar, it’s your window into the world of Sonic and as such you should dress for the occasion. You’ll be given the choice of what species to be which gains you bonuses, what to wear and even your victory dance. It’s fairly deep when you unlock more of the costumes and really go wild with your ‘Fursona’, it’s just a shame they have the worst levels and stick out like a sore thumb!.

Escape From The City

So Sonic Forces hasn’t exactly redeemed it’s title hero in my heart but it did give it a shot, far from it’s best shot but it tried. The story was entertaining if not a little cheesy which is a line Sonic has walked for some time, gameplay didn’t exactly wow me but held up throughout and the campaign length really isn’t something to write home about BUT I did have fun.

Yes you read that last line right I had fun, to me Sonic Forces is like a really entertaining B-Movie nasty, it’s rough around the edges, has heart, may not stick with you as one of the greatest but you enjoy it while it’s on and who knows, you may even watch it again someday. The gameplay was fast, I had fun, the story was certainly there but as a complete package it just doesn’t stack with it’s peers. Sorry Sonic, your forces haven’t broken this wall down just yet!.